One of the main aims of the SeaWatch SW project is to improve our understanding of the at-sea distribution and behaviour of migratory seabirds. Such information is vital for effective conservation action, e.g. reducing fisheries bycatch or establishing Marine Protected Areas. Key targets for protection include major migration flyways and important foraging/roosting areas for seabirds.

Russell Wynn (SeaWatch SW co-ordinator) and Tim Guilford (University of Oxford) have joined forces in 2010 to improve our understanding of the distribution and migratory behaviour of Balearic and Manx Shearwaters. This work is being supported by the British Trust for Ornithology (BTO) and RSPB. Their first collaborative project involved tagging of Balearic Shearwaters at their Mediterranean breeding grounds, as described in recent BirdGuides articles here and here.

Their second collaborative project is focused on colour-marking of Manx Shearwaters off the southwest UK. In the last three years, intensive effort-based monitoring by the SeaWatch SW team from Gwennap Head, near Porthgwarra in southwest Cornwall, has revealed a consistent pattern of Manx Shearwater movements in and out of the English Channel, with regular counts of up to 2000 birds per day in July and early August, but relatively few after mid-August. This contrasts with tagging studies of breeding birds on Skomer Island in Pembrokeshire, some 200 km to the north of Gwennap Head. GPS tracking has shown that most of these birds forage in the Irish Sea, with very few moving south into Cornish waters.

Tim and his colleagues are now colour-marking up to 30 non-breeding Manx Shearwaters on Skomer Island between 1st and 15th July, to try to work out whether the birds being seen regularly off southwest UK in mid-summer are non-breeders undertaking long-range foraging trips. They are able to identify non-breeders confidently at the Skomer colony due to their intensive long-term monitoring of the breeding colony at this site. If this trial is successful then more intensive marking of both breeding and non-breeding birds on Skomer may be carried out in future years, as well as colour-marking of Balearic Shearwaters in UK waters.

Another Manx Shearwater colour-marking project is being undertaken at Copeland Bird Observatory off County Down in Northern Ireland, involving Chris Thaxter and Shane Wolsey of BTO, Kerry Leonard of Sterna Environmental, and colleagues from the University of Oxford and Copeland Bird Observatory. This project aims to colour-mark up to 40 breeding Manx Shearwaters in mid-July 2010, in order to gain more information about foraging areas and migration pathways of these birds. Different colour dyes will be used for Skomer and Copeland birds to avoid confusion; both dyes are harmless to the birds and have been used successfully on a range of seabirds and waders in previous studies. The dye should remain visible for several weeks. 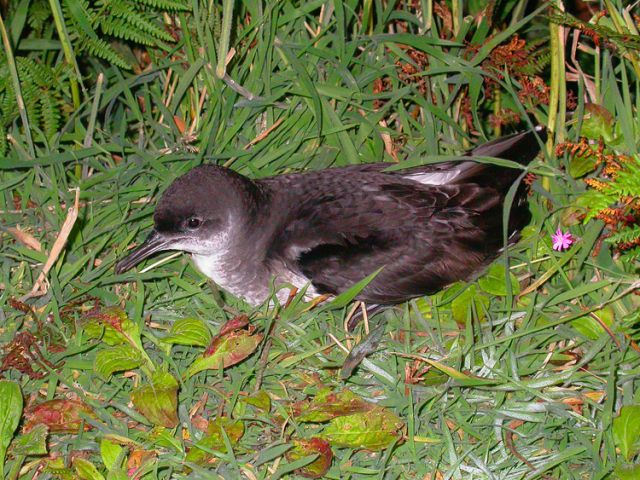 We are therefore appealing to all sea-watchers to keep a close eye on any Manx Shearwaters they see, and report any sightings of colour-marked birds to SeaWatch SW (via the Contact Us page of the project website). We are not releasing details of the colours used, or the extent of the marking, as we don't want to bias the results. However, we request that observers note the following details:

STOP PRESS: Encouragingly, we have already received reports of colour-marked Manx Shearwaters from Skomer passing Strumble Head (Pembrokeshire) and Gwennap Head (Cornwall), both on 4th July 2010. The latter report is great news as it supports our idea that at least some of the Manx Shearwaters moving in and out of the English Channel are non-breeders that have recently visited the colony at Skomer.

SeaWatch SW is a science- and conservation-based project that aims to improve understanding of the distribution, movements and behaviour of migratory marine animals, e.g. seabirds and cetaceans. A large number of volunteer observers contribute to data collection throughout UK and Ireland. The project is administered by the National Oceanography Centre, Southampton, and is financially supported by Total Foundation, RSPB, BTO, BirdGuides, SAHFOS, Seabird Group, RNBWS and Marine Information Ltd.