Look out for colour-ringed Yellow-browed Warblers

Every autumn since 2017, a colour-ringing programme has been conducted on Yellow-browed Warbler (YBW) on the island of Ouessant in westernmost Brittany, France. The main objectives of this are to estimate stopover duration of YBWs here and assess their movements around the island.

Since 2017, YBWs have been caught annually in autumn on Ouessant at Marais du Niou, a reedbed interspersed with numerous willow bushes, where a national ringing programme is conducted to collect information on migrating birds visiting the island. Totals of 11, five, three and eight YBWs were colour-ringed at this location each year between 2017 and 2020. This year, helped by another research project also exploring the migration of this fascinating species, many individuals were caught in areas of willow bushes at several localities across the island – a remarkably high total of 60 birds were captured on the island, with 36 of these fitted with colour rings. 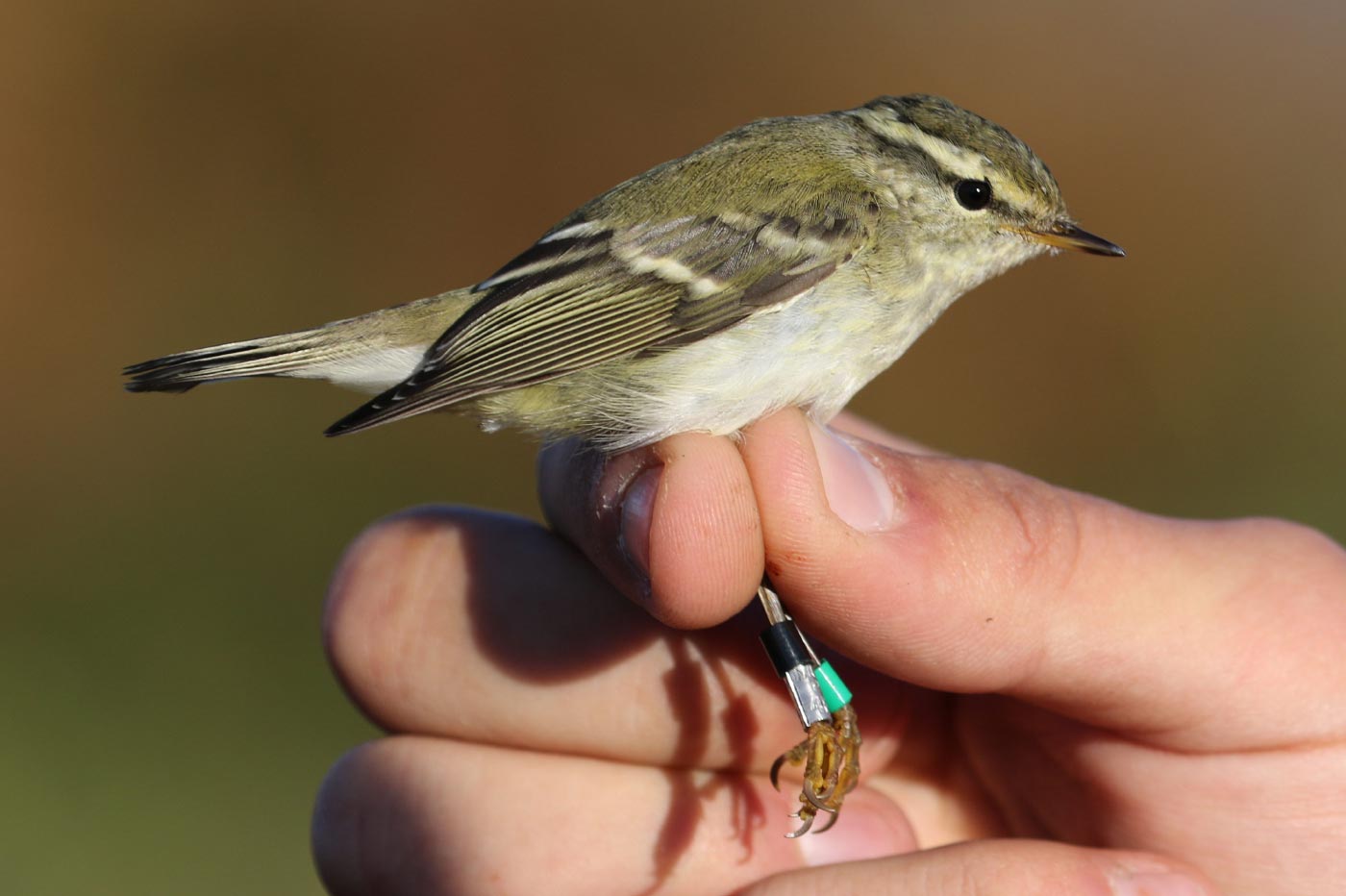 Every autumn, the island is visited by several dozens of French birders in search of American or Siberian rarities. Helped by this crowd of observers, numerous reports of colour-ringed YBWs are received every day from across the island. These sightings have already revealed very long stopover times for YBWs, such as one bird that stayed in the same willow bush for at least 13 days.

Since YBWs are still on the move in November, we are calling on other European and North African observers to pay attention to the legs of YBWs that they may see in the coming weeks and months. The increase in numbers of YBW observed in south-west Europe and North Africa in winter suggests that at least some of the birds observed in north-west Europe during autumn reach these locations. 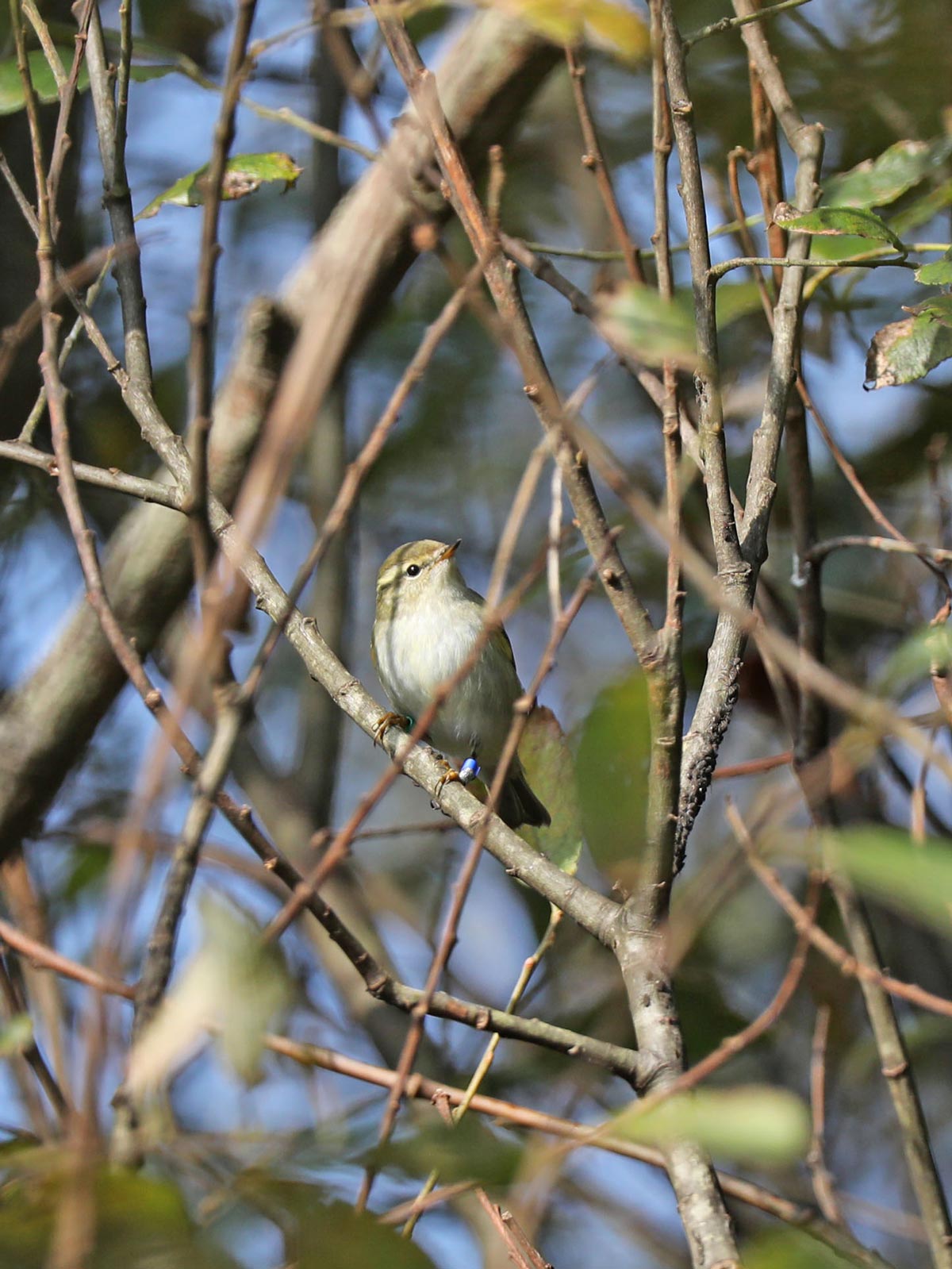 A colour-ringed Yellow-browed Warbler in the field. With good views, and especially photos, ring combinations should be easy enough to read (Yann Fevrier).

While we have little information on the fate of YBWs observed in this extreme westerly location in France, we know at least that some of them return to the continent to continue their journey southward. Indeed, one of the colour-ringed birds caught this autumn on Ouessant was recaptured only five days later at Messanges on the French Atlantic coast, about 590 km south-east of Ouessant. We thus hope that other colour-ringed birds may be reported in the near future, and quite likely even further south. 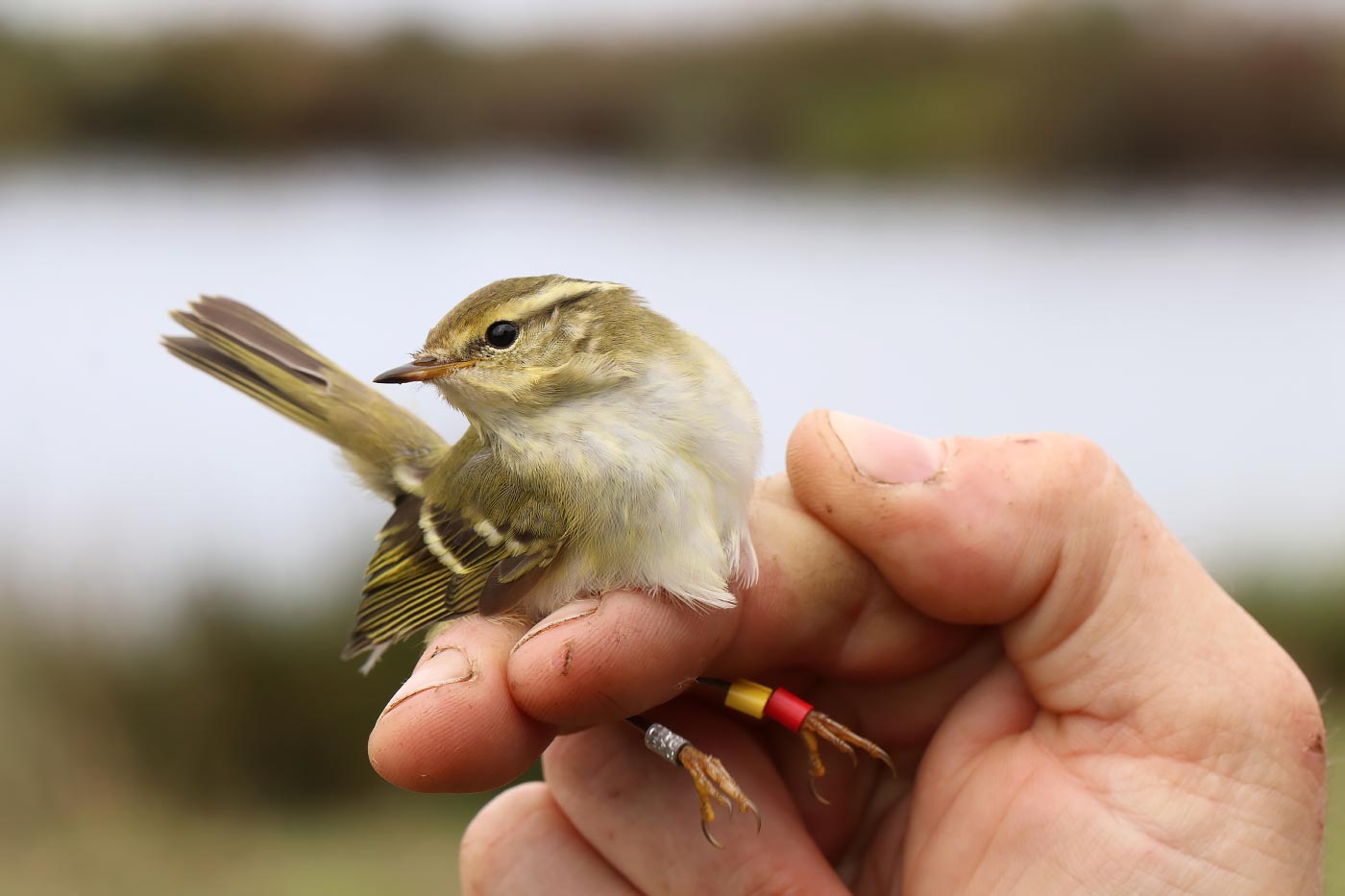 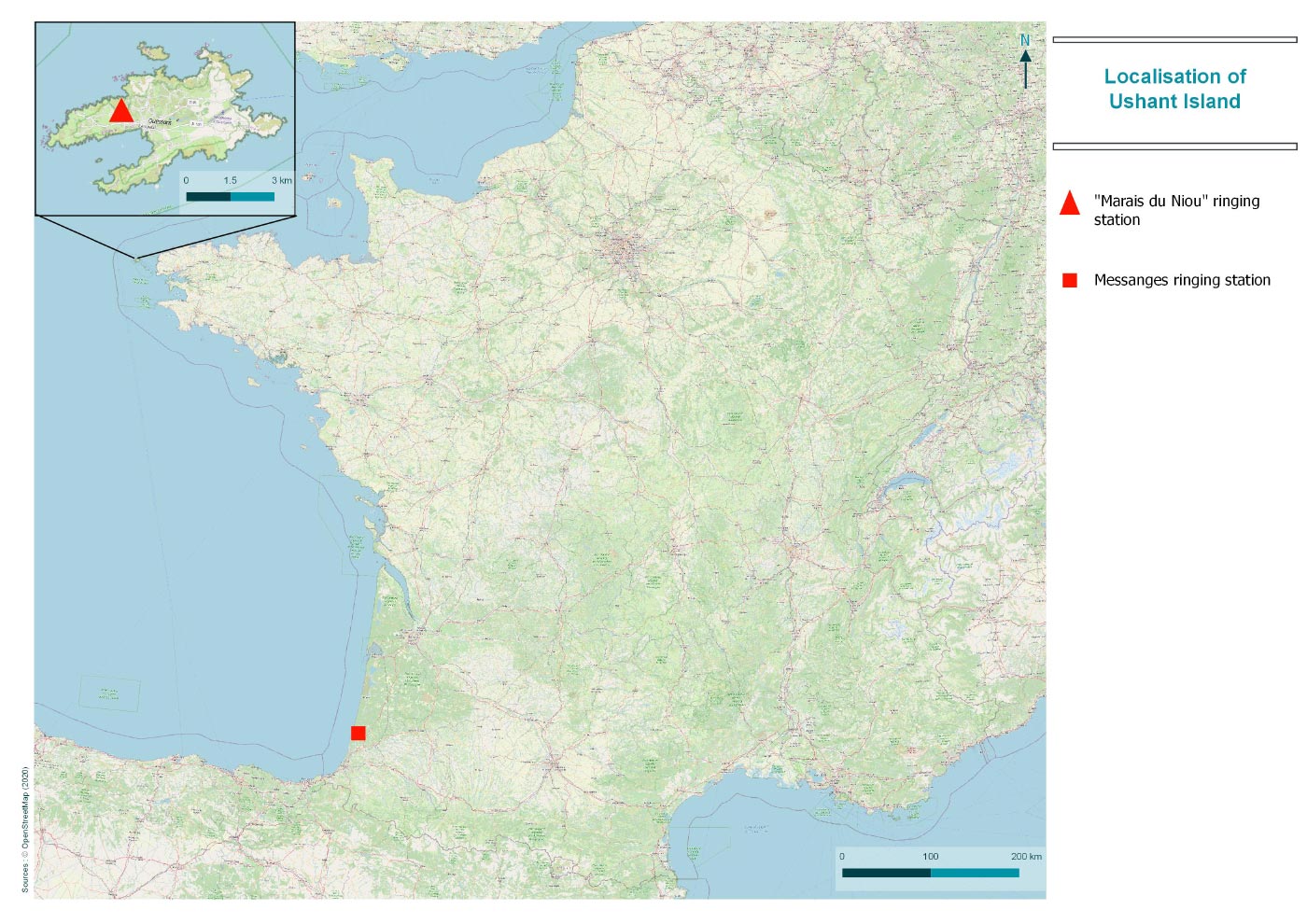 Map showing the location of Marais du Niou on Ouessant (red triangle) and Messanges (red square), where a colour-ringed bird was recently recaptured.

Details of the ringing scheme

Colour-ringed YBWs wear a combination of a metal ring (from the French natural history museum) and two colour rings. These two coloured rings can be either both on the same leg or one on each leg. Colours used are dark green, black, yellow, red, blue and white. Please note the exact position of each colour ring if you see one and send the information to Willy Raitière via email. We warmly thank all those who have already helped on this project and look forward to hearing of further sightings of our ringed YBWs across the region in the near future! 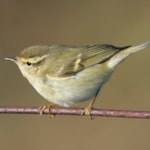