Common Pheasant is a broadly distributed, polytypic species comprising 30 subspecies widely scattered across the south part of the Eastern Palearctic. Its distribution spans many biomes from the eastern edge of the Qinghai-Tibetan plateau at 3,500 m, to south-east Siberia, and into the Oriental region in northern Vietnam and Myanmar. Plumage variation in this complex is pronounced in males and has long been touted to comprise multiple species-level taxa. Traditionally, plumaged types have been placed in five groups.

In a new study, Liu et al (2020) use molecular data to elucidate the phylogenetic relationships of the species, identifying eight distinct evolutionary lineages that are not entirely congruent with predicted groupings based on plumage type. Given that the authors detected gene flow between some of these lineages, they refrain from recommending species status for all eight, instead adopting a more conservative three-species treatment which is outlined below.

English names given are those suggested by the authors; forms denoted with an asterisk (*) were not sampled in the study, their placement being inferred by morphology and previous studies; distributions refer to native range only.

Distribution: Central Asia, from the west side of the Caspian Sea, east to the Tarim Basin (western China), as far north as southern Kazakhstan.

Distribution: from central China eastward including the Loess plateau in northern China, the north-east Qinghai-Tibetian plateau, the Qaidam Basin, Nei Mongolia and Western Mongolia; also the humid subtropical parts of south and eastern China, north to extreme south-east Siberia and the Korean peninsula; and Taiwan.` 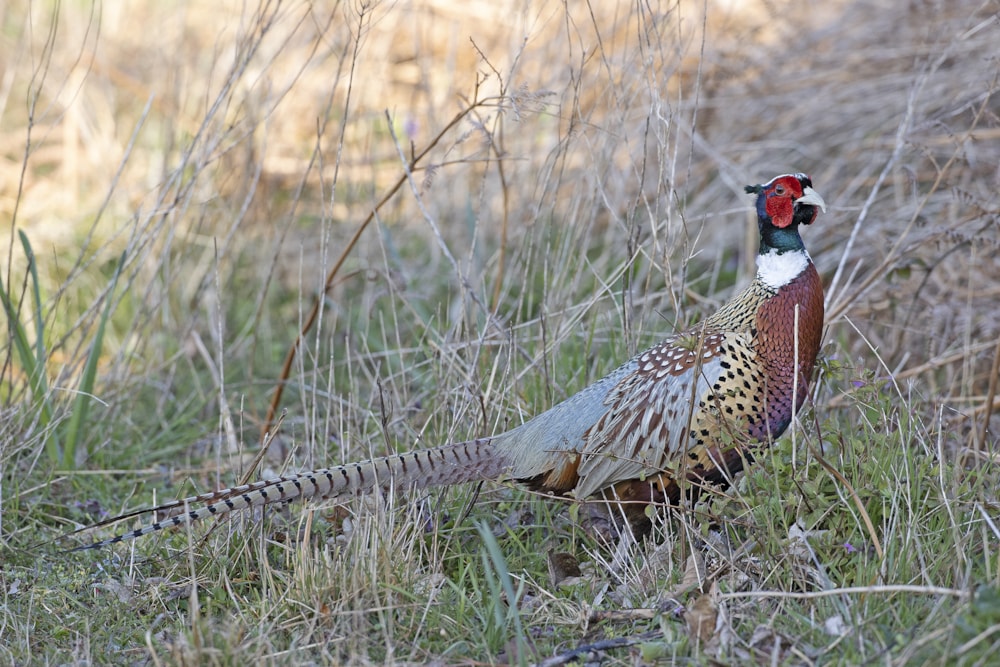 This Common Pheasant photographed at Wenhaston, Suffolk, is a good match for a torquatus-type, with a large grey rump, large white eyebrow and collar, and large blue-grey wing-patch (Andrew Moon).

Placed on Category C1 of the British List ("naturalised introduced species"), Common Pheasants are released by the shooting fraternity in their tens of millions each year. While adjustments to the British List (McInerny et al 2017) must await the authors' suggested taxonomic changes being accepted by the IOC (worldbirdnames.org) – the taxonomy followed by the BOU – it would be remiss to not be prescient about what these changes might mean. The British list names six Common Pheasant subspecies as occurring: nominate colchicus, principalis, mongolicus, satscheuensis, pallasi and torquatus (BOU 2009); however, it bears mention that recognition of these taxa in Britain originates from Hill and Robertson (1988), who simply state that these six taxa have been released in the UK, not that any one of them occurs in a naturalised state.

Indeed, the vast majority of European-bred pheasants are hybrids between colchicus (Turkestan) and torquatus (Chinese) (Harrison, 1982). In short, if the IOC accept Liu et al's split, neither Turkestan Pheasant nor Chinese Pheasant will be truly admissible to the British List under Category C1, and Britain's pheasants will likely be rendered a feral population of "pheasant sp". This individual from Anglers CP, West Yorkshire, shows a classic mix of features between Turkestan and Chinese Pheasant, demonstrating the white neck-ring of a torquatus-type but a bronze-coloured rump and the lack of a grey wing panel characteristic of a colchicus-type (Peter Miles). 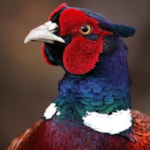