Oregon - land of the Tufted Puffin

Arriving in heavy rain at Vancouver airport in British Columbia after a 10+ hour flight from Heathrow en route to Portland/Cannon Beach, Oregon, I was not exactly bright-eyed and bushy-tailed. In fact tired and grumpy was the prevailing mood. On activating my mobile, I was presented with three mostly unintelligible texts concerning a Tufted Puffin at Faversham, Kent! Needless to say my reaction to the texts was one of derision...the nearest anyone in Kent would get to Tufted Puffin was to purchase a 'Toasted Muffin' at an A2 service station! I knew that the senders of the texts all needed TP as a life tick, and they knew that my destination was 'Haystack', probably the most accessible TP breeding site in the Western hemisphere, a mere 90-minute drive from Portland. My final thought on the subject was that this was the least imaginative wind-up that one could receive. 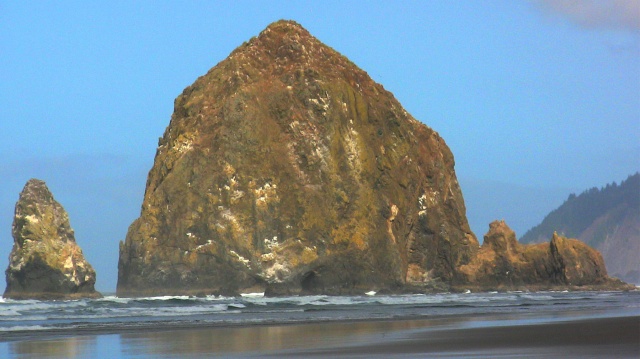 Several days later at my daughter's house I logged on to BirdGuides to see what I was missing...when I saw the words: Tufted Puffin, Faversham Creek, Kent. I had to steel myself not once, but twice! When I scrolled down and saw the pictures, showing better images than any that I had ever seen in some 12 visits to Haystack, Cannon Beach during previous years, I went into total meltdown and remain so two weeks later!

Despite 'tooth combing' Haystack every day from 23rd–26th September (realistically too late in the season, with most birds having departed by mid-month), there was no sign of TP. However, I was amply rewarded with male Harlequin Duck, Black Oystercatcher, Heermann's and Glaucous-winged Gull at the site to name but a few.... 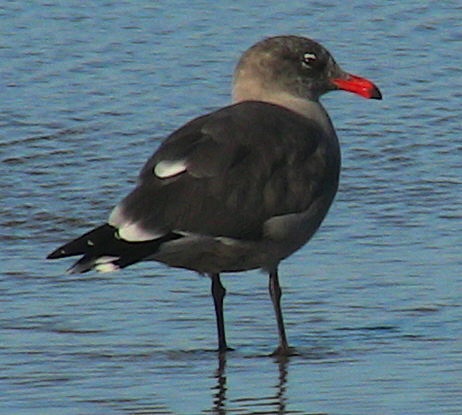 It's interesting that this region, in the last 20-odd years, has supplied the UK with at least nine 'firsts'. Indeed the first passerine gatecrasher in November 1982 took six days to identify, due to its extraordinary colour morph. But then it's all in the name. My first encounter began several years after my eldest daughter rang me from the US with the question "Which is the better city to locate to — Chicago or Portland?". I replied "If you mean Portland, Oregon, then that's the place to be". A state of towering peaks, giant forests and high desert, things that bite, and my personal 'holy grail': Varied Thrush.

Needless to say, I omitted the last two from the eulogy. My daughter had been offered a six-month placement at either location and, on Dad's recommendation, opted for Portland.

Being a responsible birder parent, I insisted that my wife and I joined her to vet her accommodation and to help her to settle in. 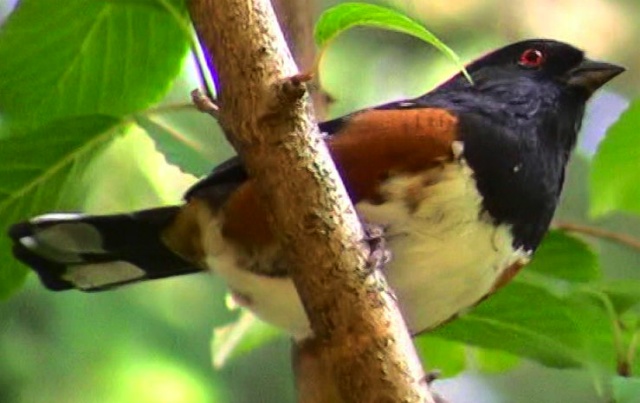 Upon arrival at my daughter's placement, I was quick to hire a car and check out the local attractions. Fifteen days later, with around 200 ticks under my belt and 260 miles short of 3,000 miles on the clock, I was still without Varied Thrush. With just one day left on the car hire, I headed west from Portland into the Clatsop Mountains and duly parked at the only rest place en route. With binoculars in hand, tripod and 'scope over my right shoulder, I headed high into the 'Saturn-rocket' stands of Larch, Fir and Spruce. One hour into the trail, I became aware of the silence, and that scat on the ground in front of me was certainly not deposited by a vegetarian. 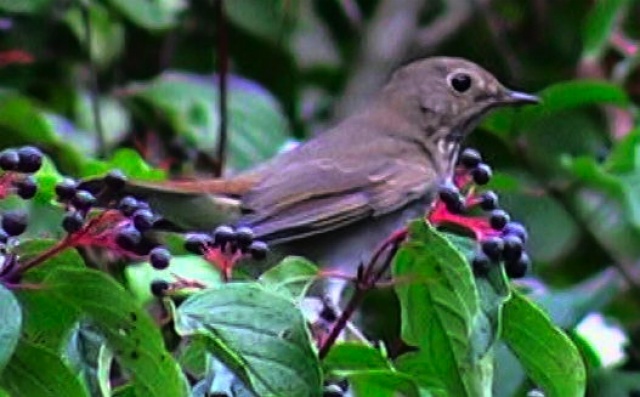 Anxiously pricking my eyes, ears and nostrils, I suddenly heard a large crack! By my calculations it was no single chipmunk...perhaps 800 tied together? At this stage I had an overwhelming desire to retrace my steps backwards, with fully extended tripod legs over my shoulder, whilst pretending to be an undersized two-legged moose. The returning journey was certainly going to banish the constipation blues that had bedevilled the trip so far. Back at the car with 4:00 pm on my watch, I was of the opinion that my quarry had again eluded me. I then decided to throw in a last loop which would take me north for 10 miles before turning south to link up with the west–east Highway 26 back to Portland.

On the return part of the loop, barely five miles from the highway, I was reduced to a kerb-crawling 10 mph. I espied a silhouetted thrush at the edge of the road in the shadows of some tall conifers. 'Another damn Yank Robin" I mused, as it rocketed out of the gloom and dipped into the half light over the bonnet of the car, revealing a nanosecond's suffusion of fruit orange and Prussian blue! It produced an endorphin rush that to this day has never been surpassed.

When I returned the hire car 60 miles short of 3,000, and looking as though it had covered every mile, the desk clerk commented disapprovingly: "What sort of terrain have you been over?"