On a Dartmoor ‘High

In late June I travelled down to Dartmoor to meet with Max Whitby, BirdGuides' top cameraman. I spent many enjoyable hours with him last season, assisting in the filming of some of our rarer and more elusive butterflies; this visit was to target the spectacular High Brown Fritillary (or HBF for short).

The HBF is Britain's rarest and most endangered butterfly species, with the majority of remaining colonies being situated in either the West Country or its stronghold around Morecambe Bay. Only scattered pockets exist elsewhere and it is only where 'landscape-scale' conservation projects can be carried out that the butterfly has any real chance of survival. The species was once widespread in woodlands across Britain, and as late as the 1950s it was still a common sight in my native Sussex. Changes in woodland management practices were to have a disastrous impact on the HBF, as they were for so many of our butterflies. Organisations such as the charity Butterfly Conservation are doing everything possible to help manage the remaining areas of suitable habitat, work which is now critical in the battle to prevent extinction. 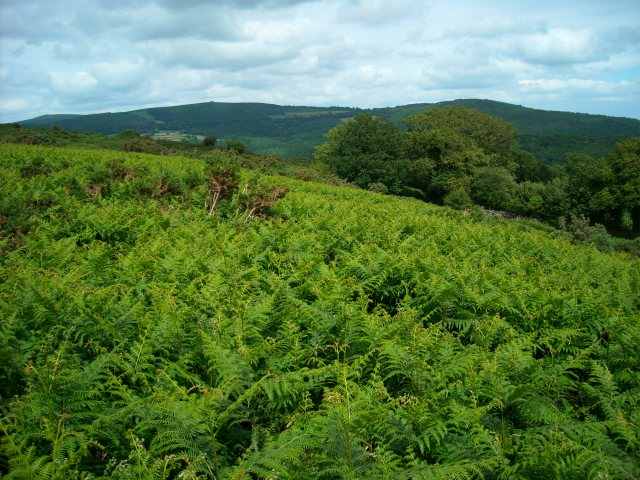 The site we visited on Dartmoor is typical of the territory where the HBF still holds on. This livestock-grazed, sheltered slope, with small patches of bramble between the stands of bracken, lies above a woodland margin. The bracken must never be allowed to become too thick, as light is required to ensure the availability of violets — the caterpillar's food-plant.

We met up with the Butterfly Conservation 'Two Moors Project Officer' Jenny Plackett, Devon Wildlife Trust Officer Jackie Gage, research student Steph Kent and local BC stalwart John Randall who has spent many, many hours surveying the species on a voluntary basis. I would like to thank them all for making our visit such a pleasurable one. With such expertise in place, reasonable weather and fortunate timing, we were highly optimistic of success.

John started by explaining the subtle identification features which differentiate the HBF from the similar, but less rare, Dark Green Fritillary. The HBF has a slightly concave forewing (side edge) margin, raised and shiny black stripes (scent marks) running across the front wings (male only), and the third spot down from the wing tips is slightly 'indented' (aligned in the DGF). If you are lucky enough to see the spectacular underside patterning, the HBF has a line of white spots ringed in a beautiful rust-red colour. We were ready to go! 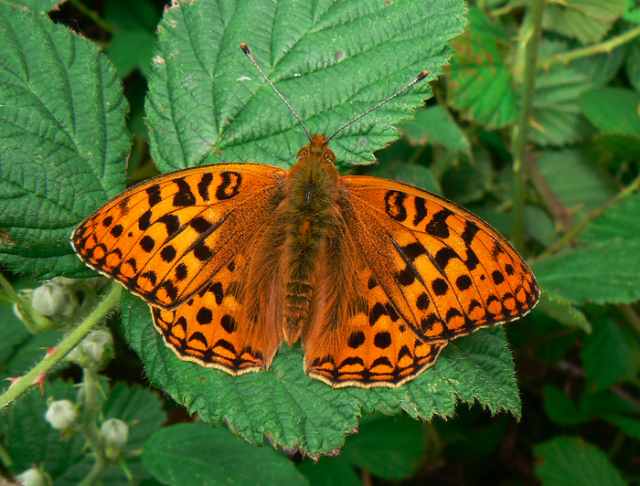 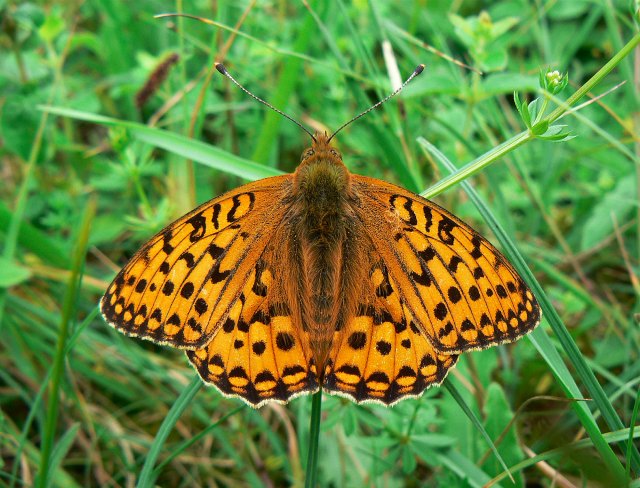 On the first afternoon there appeared to be only three individual HBFs on the site, but Max got some great high-definition footage. We watched them gliding powerfully over the bracken whenever the sun broke through, hopping in and out of tiny clearings where they would sit and feast on bramble nectar. In dull weather they would sweep up into the trees at the base of the slope to rest. 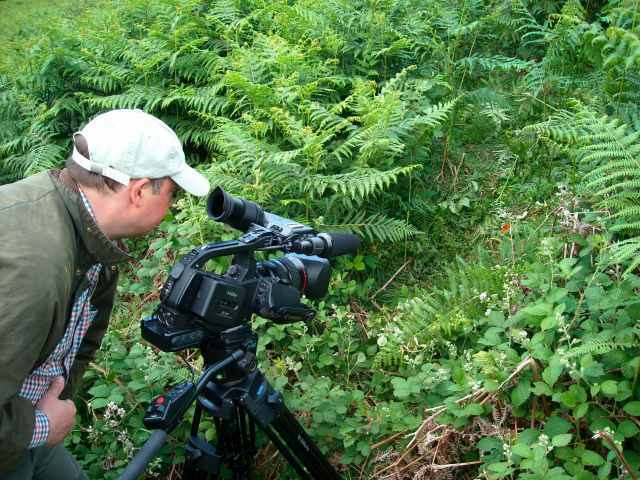 The following morning was bright and sunny and, as we had optimistically predicted, an emergence of pristine male fritillaries occurred (probably at least four). The BirdGuides team went on to get what must surely be the best footage of the HBF in existence, while I got some 'stills' that were certainly better than I had dared hope for. 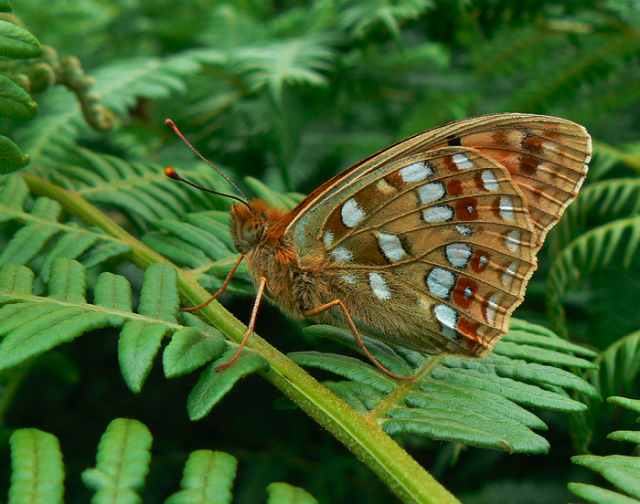 We went away having left a criss-cross of pathways across the bracken slope (just what the habitat needs), and with very sore shins from wading through the concealed brambles and occasionally coming across a granite boulder! We were also very happy, having achieved everything we had set out to, and a whole lot more.

For more details of Butterfly Conservation and the work they are doing to save the High Brown Fritillary and other species, please go to www.butterfly-conservation.org.