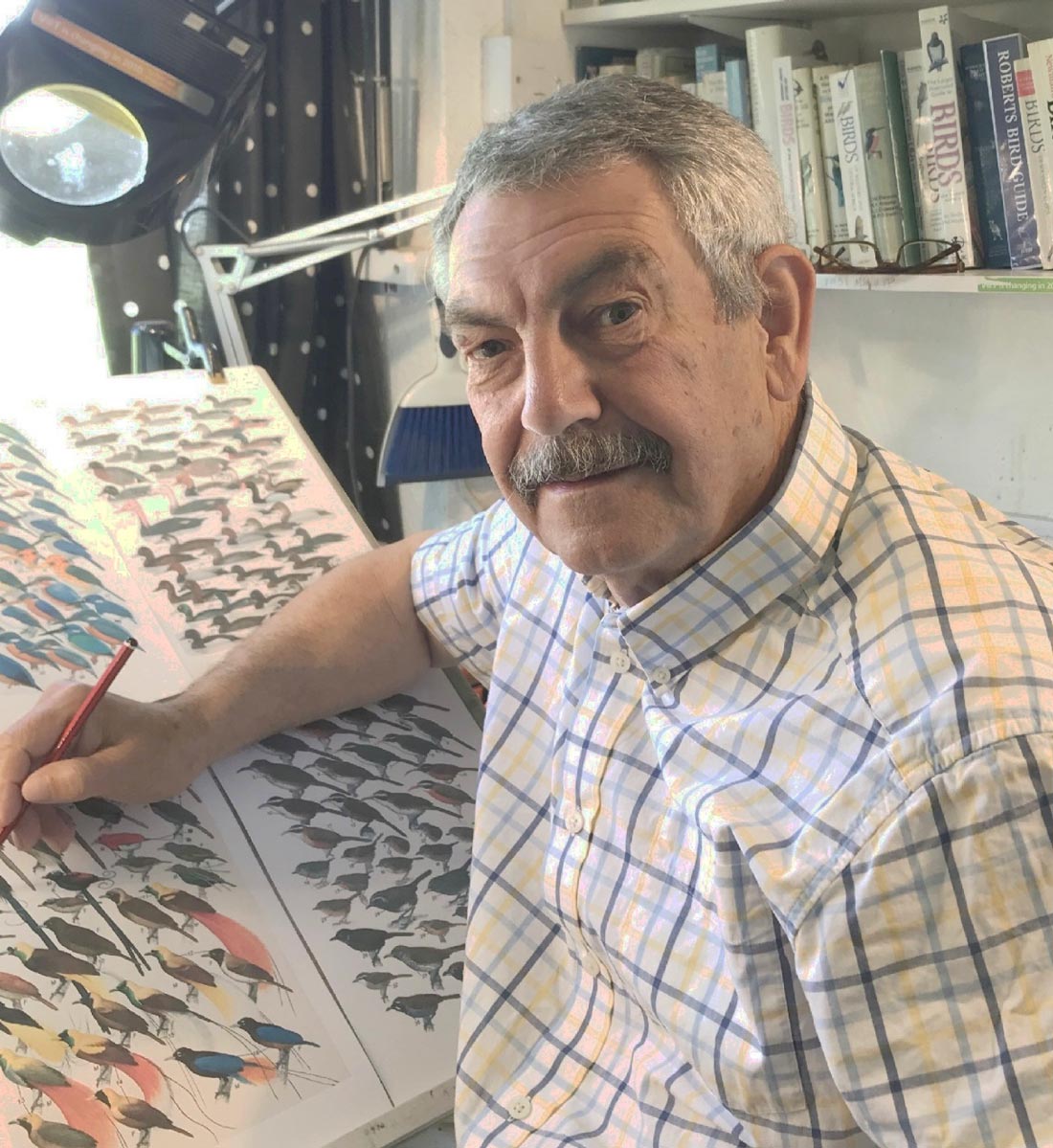 Norman Arlott was one of Britain's leading bird artists. Born in Reading in November 1947, Norman grew up in the Berkshire town and was originally mentored by the late Robert Gillmor, who also passed away in 2022.

He soon began to establish a reputation for his stunningly accurate bird illustrations, and especially field guide plates. His first major works was A Field Guide to the Birds of East Africa with John Williams, published in 1980. Many other guides followed, including Rare Birds of the World: A Collins/ICBP Handbook Birds (1989), Birds of Southern Africa: The SASOL Plates Collection with Peter Hayman and Warwick Tarboton (1995) and the much-celebrated Complete Guide to British Wildlife.

More recently, Norman concentrated his efforts on the Collins Field Guide series, with several books published covering various parts of the world, including North America and South-East Asia. This led to the compilation of the extraordinary Collins Birds of the World, for which Norman designed and painted more than half the birds himself – all in the correct proportion to each other on every plate. Only one person would have been able to complete such a herculean task with such skill and good humour.