Newly described species is already extinct in the wild

A recently published study has confirmed that Pied Myna (widely known as Asian Pied Starling) actually consists of three species – and that one of these is already extinct in the wild.

Urgent conservation action for endangered species is sometimes hampered by taxonomic uncertainty, especially in illegally traded animals that are often cross-bred in captivity, and so the researchers used a genomic approach to analyse historical DNA from museum samples across Pied Myna's range.

Comparing genomic profiles from across this distribution, researchers detected three deeply diverged lineages at species level, characterised by a lack of genomic intermediacy – indicating a lack of gene flow (hybridisation) between the taxa – near the areas of contact. This confirms recent decisions by some taxonomic authorities (including BirdLife International) to treat Pied Myna as three separate species. 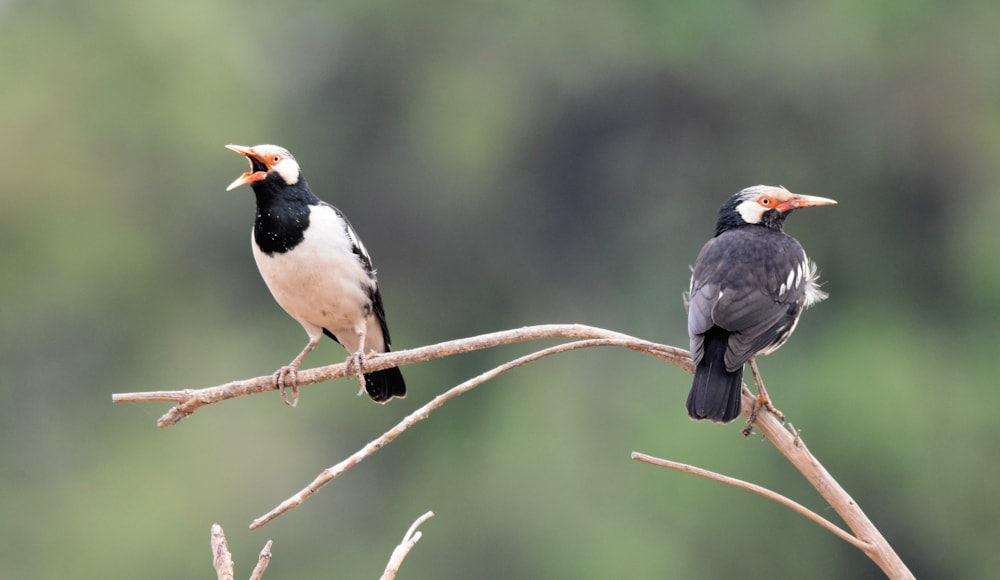 Pied Mynas photographed in Thailand – these are of the subspecies floweri, recommended to be treated as a full species, Thai Pied Starling (Lukasz Pulawski).

Unfortunately, though, this has come too late for the Javan form jalla, which is now widely suspected to be extinct in the wild, having not been definitively recorded for two decades or more, according to ornithologists. The silver lining is that jalla is held widely in captivity, including by conservation organisations, so is not completely lost – although hybridisation between the different forms is more prevalent in private collections.

The study recommends that Pied Myna is treated as follows:

Includes subspecies contra (most of the Indian subcontinent, including a synonymized sordida from eastern Assam) and superciliaris (mostly Myanmar and adjacent Yunnan, with a souteastern range boundary confirmed to include southern Myanmar).

Monotypic; found across most of Thailand and Cambodia.

Monotypic; historically found widely across Java and Bali, but now extinct in the wild. 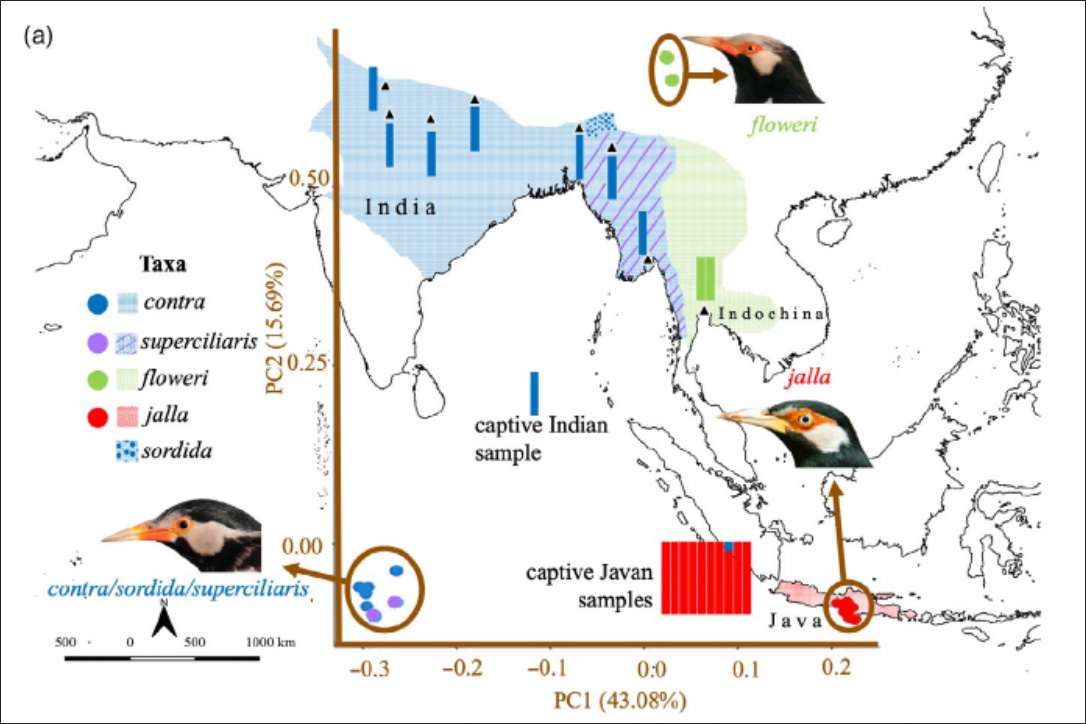