The researchers tested over 300 different visual stimuli on captive raptors and concluded that one particular pattern triggered avoidance by virtue of an optical illusion. This pattern consists of black circles on a white background, with a so-called 'looming' effect, giving the birds the impression of an imminent collision. In France, over 800 collisions with planes are reported each year, with raptors generally detecting impending threats too late to avoid them. 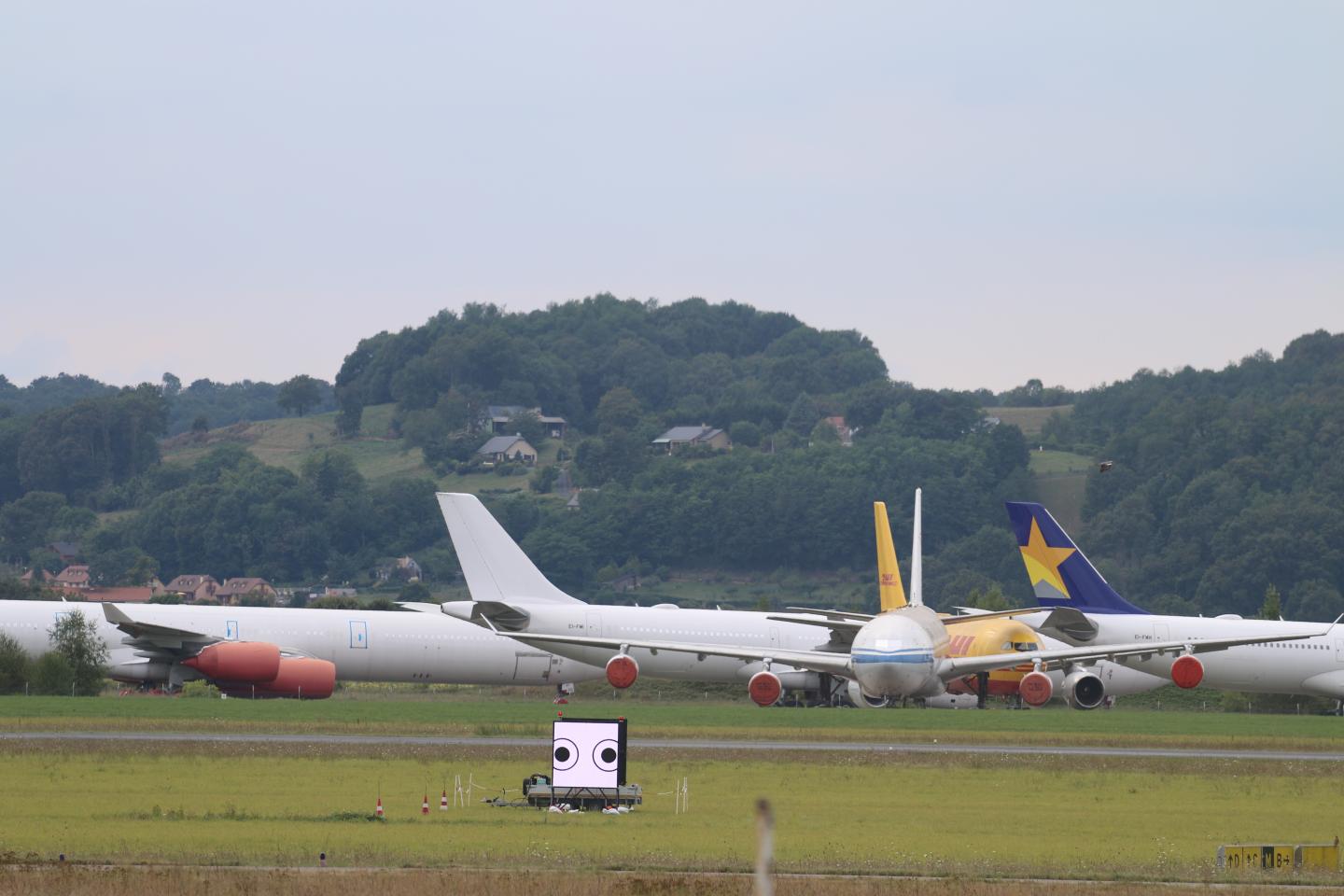 Only one of 300 different tested patterns was found to deter raptors (Anthony Boigné).

The pattern was tested at Lourdes-Tarbes-Pyrénées Airport, which is situated near plains frequented by Common Buzzards, Black Kites and, increasingly, Black-winged Kites.  It was displayed continuously throughout the course of one day on two LED screens, which were positioned in strategic locations, while a total of 8,800 observations were made at points all over the airport zone.

The research team detected a swift alteration of the birds' distribution and behaviour, as they stayed clear of areas from which the screens were visible. This avoidance behaviour was still being recorded five weeks later, after continuous pattern display. In fact, the number of raptors in places where the display was out of view increased, suggesting the pattern could be an efficient deterrent.

Interestingly, the visual stimulus triggered similar behaviour among corvids at the site, but not other passerines. These findings are the first to describe a harmless, sustainable solution for repelling raptors from high-risk areas, and potentially represent a major advance in the prevention of needless collisions between large birds of prey and airplanes or wind turbines.