Satellite imagery has revealed that there are almost 20% more Emperor Penguin colonies in Antarctica than previously thought.

Scientists at the British Antarctic Survey (BAS) have used satellite data from the Copernicus Sentinel-2 mission to track penguin guano and hopefully learn more about the birds, which are notoriously difficult to study due to their penchant for occupying some of the most remote places on earth. 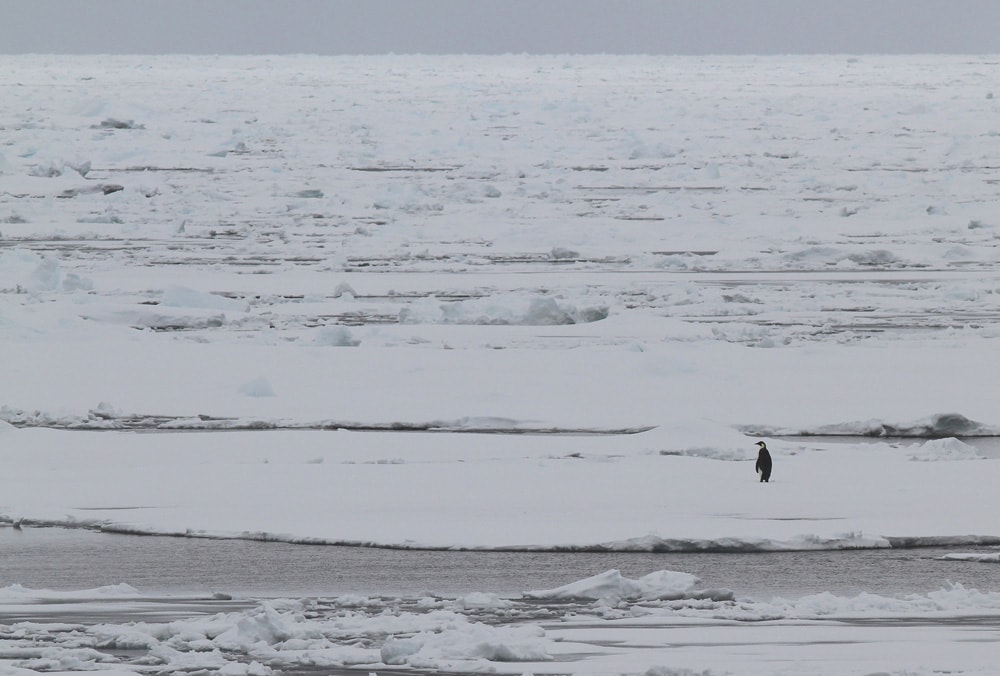 Emperor Penguins are very difficult to study, due to their preference for inhabiting some of the most remote and hostile parts of the planet (Steve Copsey).

The findings, just published in Remote Sensing in Ecology and Conservation, document 11 new colonies, three of which were previously identified but never confirmed. This discovery takes the total census to 61 colonies around the entirety of Antarctica.

Although penguins are too small to show up in satellite images, giant stains on the ice from penguin droppings (guano) are easy to identify at the 10-m pixel resolution that the Copernicus Sentinel-2 mission offers. These brownish patches have allowed scientists to locate and track penguin populations across the entire continent.

Peter Fretwell, lead author and geographer at BAS, commented: "This is an exciting discovery. The new satellite images of the Antarctica coastline have enabled us to find these new colonies. And while this is good news, the colonies are small and so only take the overall population count up by 5-10%, to just over half a million penguins or around 265,500-278,500 breeding pairs." 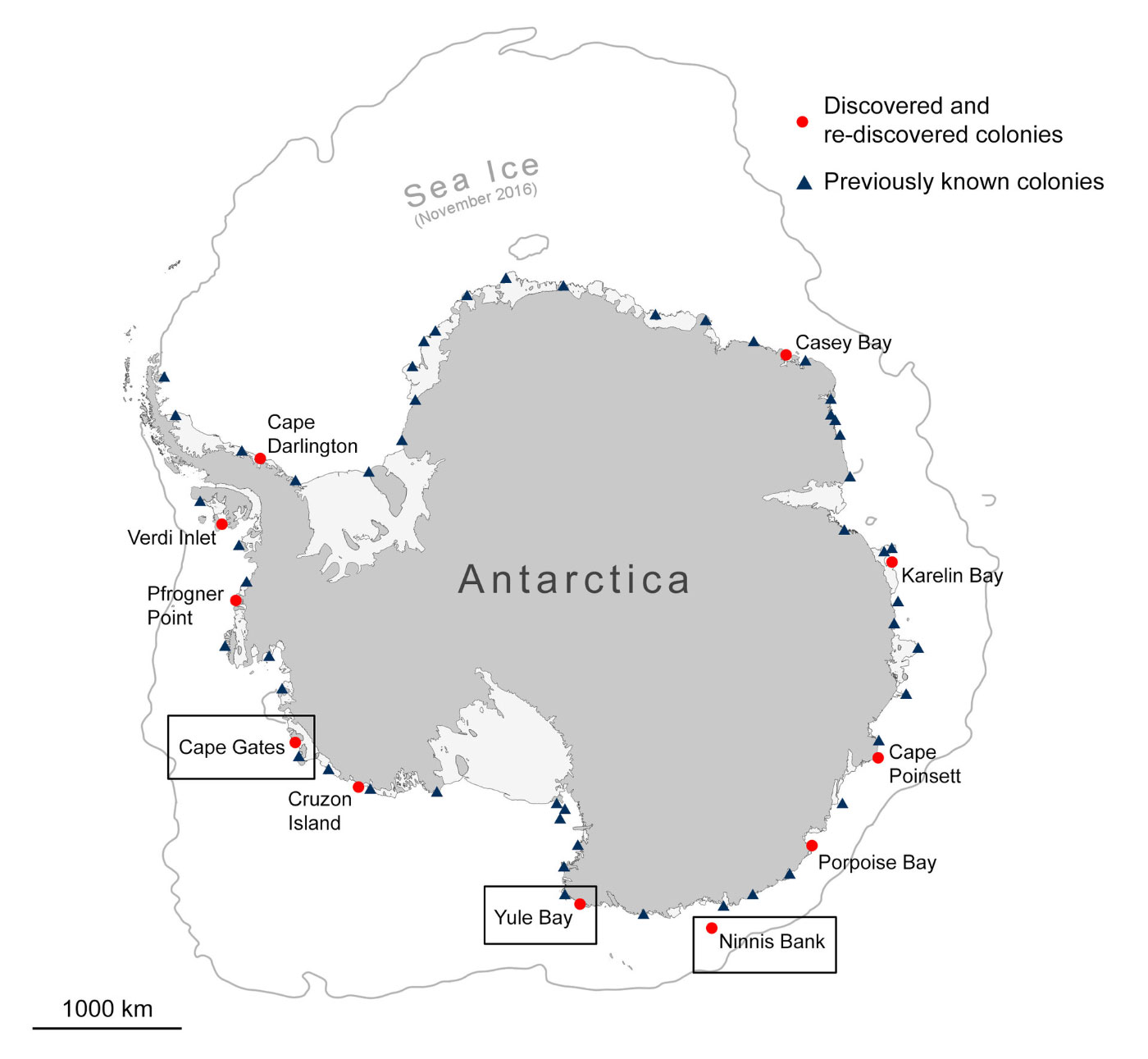 The results are an important milestone for monitoring the impact of environmental change on the Emperor Penguin population.

The flightless birds are known to be particularly vulnerable to climate change, as warming ocean waters are melting the sea ice where they live and breed. Following the current projections of climate change, suitable habitat is likely to decline in its extent. The results from the study show that the majority of the newly found colonies are at the margins of the Emperors' breeding range – locations that could soon be lost as the climate continues to warm.

The study found a number of colonies 180 km offshore, situated on sea ice that has formed around icebergs that had grounded in shallow water. These colonies are a surprising new finding in the behaviour of this increasingly well-known species.

Philip Trathan, Head of Conservation Biology at BAS, has been studying penguins for the last three decades. He said: "While it is good news that we've found these new colonies, the breeding sites are all in locations where recent model projections suggest Emperors will decline. Birds in these sites are therefore probably the 'canaries in the coalmine' – we need to watch these sites carefully as climate change will affect this region." 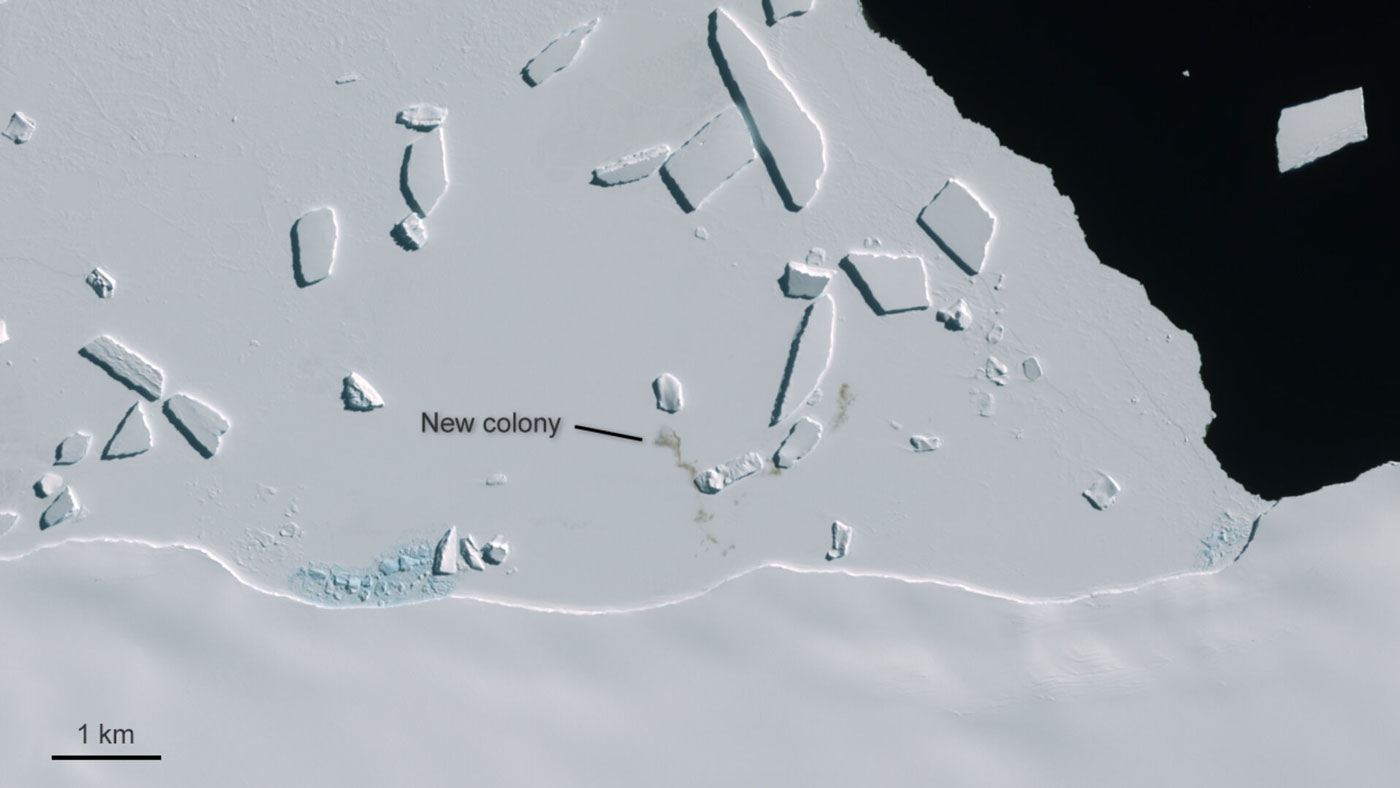