Scientists have described a new species of rayadito from remote subantarctic islands off southernmost Chile.

Rayaditos are small, long-tailed members of the ovenbird family. Currently, two species are recognised – Thorn-tailed Rayadito, which is found widely in temperate forests and subtropical dry shrubland south of 30°S in Chile and Argentina, and Masafuera Rayadito, a rare bird endemic to Alejandro Selkirk Island in the Juan Fernández Islands. They strongly favour wooded areas, including forest edges, where they will search bark and moss surfaces for insect prey.

Inhabiting the windswept and treeless isles of the Diego Ramírez Archipelago, some 110 km south of Cape Horn, an isolated population of rayadito has always stood out as unusual. Now, in a comprehensive new study, Ricardo Rozzi and his colleagues have presented evidence to suggest that these birds warrant full species status. 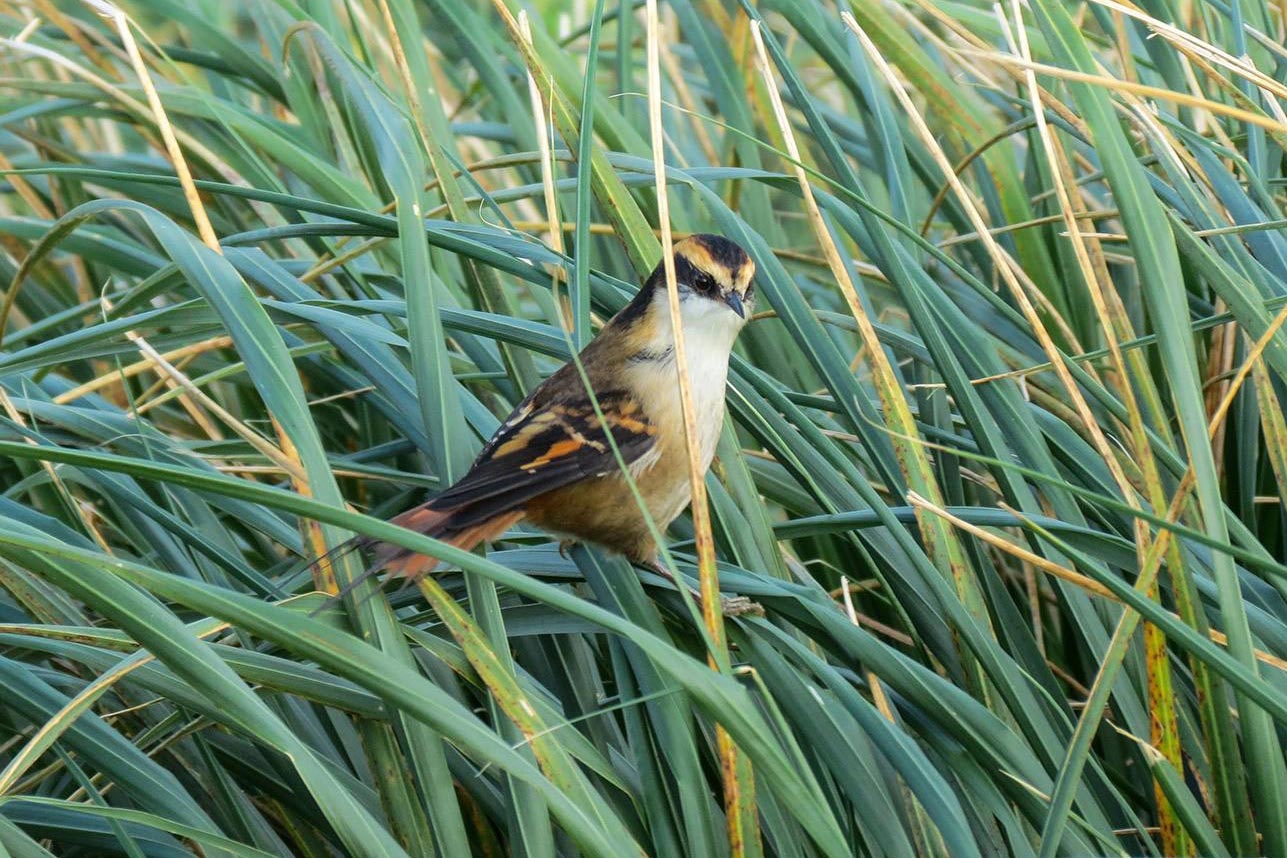 The research was carried out on three visits over a six-year period. Capturing 13 individuals using mistnets, the team found that the rayaditos of Diego Ramírez were significantly heavier and larger than their mainland counterparts, with a longer and wider bill and longer tarsi, plus a noticeably shorter tail.

In this landscape lacking any wooded vegetation, they observed that the birds kept to dense tussocks of the grass Poa flabellata, within stands of which a calmer and warmer microclimate exists. The paper states that individuals "typically performed short and low flights, rarely moving above the cover of the tussock grass", and that most nesting sites "were composed of burrows with single entrances", four of which were abandoned seabird nests and one of which was a natural soil cavity.

Additionally, the researchers found that the rayaditos of Diego Ramírez differed sufficiently in genetics to the currently recognised species. Given the significant differences in genetics, morphology and ecology of the Diego Ramírez birds, the team proposes that the new species is named Subantarctic Rayadito Aphrastura subantarctica.

In the open-access paper, the researchers go on to highlight that protecting this new endemic species from extinction is paramount, pointing to the arrival of invasive predators such as rats, Feral Cats and American Mink in other islands in the Cape Horn Biosphere Reserve and urge that the Diego Ramírez Archipelago is kept predator-free.