A bird first observed in western New Guinea in 2014 is new to science, according to a study published earlier this month.

First seen by ornithologists in the cloudforests of the Kumawa Mountains in West Papua, the previously unknown bird was identified as a berrypecker belonging to the genus Melanocharis. It was seen again on a longer trip to the same area in 2017.

Now, seven years on from the original field observations, 'Satin Berrypecker' Melanocharis citreola has been formally described in a new paper printed in Ibis.

Satin Berrypecker's main characteristics are its iridescent blue-black upperparts, satin-white underparts washed with lemon yellow, and white outer edges to the outer tail feathers. Initially thought to represent a close relative of Mid-mountain Berrypecker M longicauda based on elevation and plumage colour traits, a complete DNA analysis of the genus revealed that the new species is in fact sister to the phenotypically dissimilar Streaked Berrypecker M striativentris. 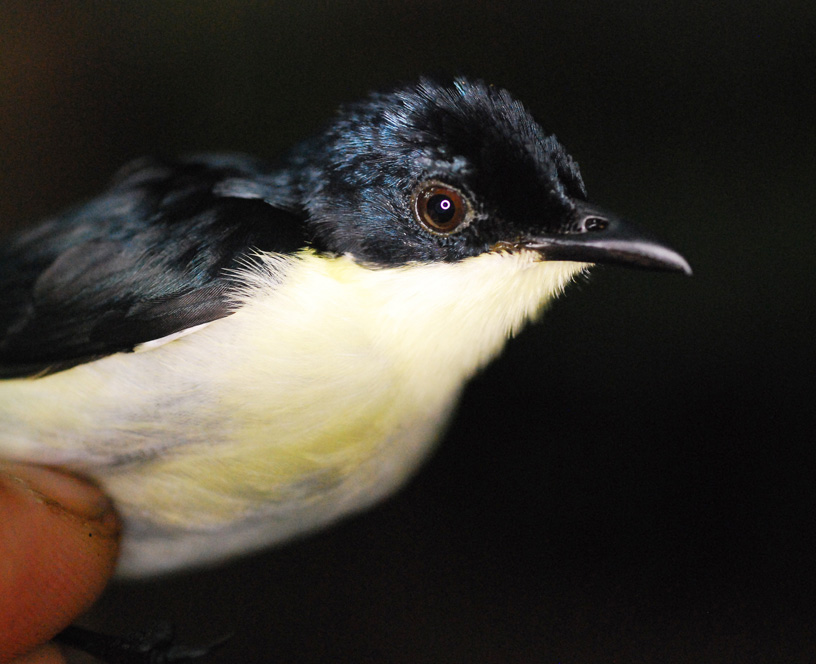 A male Satin Berrypecker captured as part of the study, showing the iridescent upperparts and satin-white underparts, washed with yellow (Milá et al).

"The discovery and description of avian diversity across the world remains a major challenge in ornithology," wrote lead author Dr Borja Milá and his colleagues. "Few regions of the world remain as underexplored as the mountainous regions of New Guinea, and the diversity and evolutionary history of its fauna and flora are still poorly known."

The wider DNA results showed a long history of independent evolution of all lineages corresponding to currently recognised species in the family Melanocharitidae, including Satin Berrypecker, which shares a most recent common ancestor with its sister species in the early Pleistocene, some 2 million years ago.

Other findings from the DNA work include a suggestion that Black Berrypecker M nigra may represent more than one species, as it is currently recognised.