Moths of the season: Late Summer

As the evenings just start to shorten and birdwatchers already feel they are well in into autumn migration, many garden moths emerging for the first time this year take on colour shades of brown, red, orange and yellow as the surrounding vegetation begins to loose its vivid green appeal. Garden moth traps can start to become hard work at this time as numbers of Large Yellow Underwings can increase to almost nuisance level. This particular species group are, because of their different metabolism, prone to sudden diurnal activity, often thrashing around inside the early morning trap, disturbing and sometimes damaging the more interesting and sought-after species. The Common Wasp can also cause havoc, killing delicate moths such as the geometrids. It is good practice to 'go through' your catch as soon after dawn as is possible to prevent disappointments later in the day.

If the thought of sifting through the scaly debris in the corner of your trap in search of a nice moth puts you off, you may now consider another way of attracting them to your garden. Regular 'sugaring' of a fence-post or tree-trunk can produce some attractive species that may return to feed at the same energy source night after night. The recipe of black treacle, muscovado sugar, Newcastle Brown Ale, 'pear drops' and a dash of rum is a favourite, especially amongst some of the larger noctuids such as Copper and Svensson's Copper Underwings, Red Underwing and the Old Lady. Sugaring works best in early spring and in the autumn when natural nectar supplies are lower. The best results are obtained about an hour after dusk with a careful approach using a red-filtered torch beam to avoid surprising the wary moths from their ready meal. Some rarer species of dart that are seldom seen at light readily come to sugar.

We are now past the expected species peaks that July brings and August can seem slightly more mundane on inspecting the variety 'in the box'. However late summer can be good for migrants and it is perhaps the best time to hope for a Hummingbird Hawkmoth nectaring on your garden Buddleia. The last couple of weeks of July have seen a huge influx of Silver Ys, with records of 100,000+ at sites on the Norfolk coast. Many of these will filter through the country into gardens and they are particularly fond of Lavender flowers. The very uniform and slightly elevated night-time temperatures of July have seen good conditions for wandering resident species with many garden recorders reporting new species for 'home base'. Satin Beauty and Barred Red, normally woodland dwellers, have featured well in some areas. What will be regarded as good news for some is that at the end of July Large Yellow Underwing numbers appear to be well down on average, in gardens at least. This could change as August progresses with a late bumper emergence balancing the equation!

Some of Britain's keenest moth-ers have been on the trail of one of the country's hardiest moths. The Northern Dart is found mainly on the highest of Scotland's mountains and as a rule only occurs as an adult in even years. This is due to its very slow maturity through the larval stages, in which it survives at altitudes of 2,500 feet, over two winters, on Reindeer Moss under several inches of snow. An area on the Aberdeenshire border was surveyed in mid-July and it was found to be the commonest species present after 01:00 in the morning! 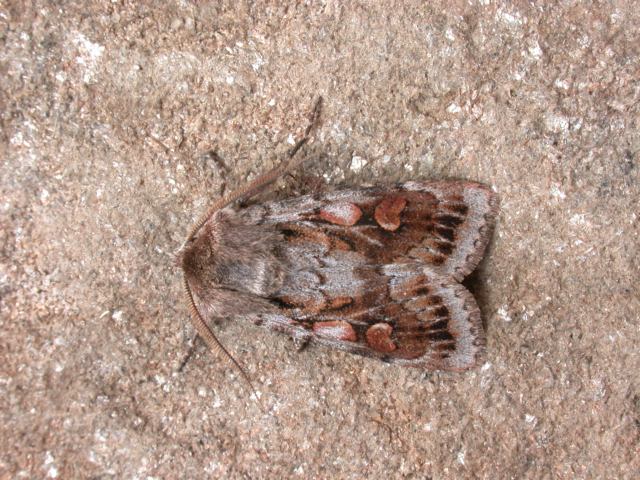 Perhaps the most exciting feature of July was the influx of Splendid Brocades along and inland of the south coast of England, particularly in Kent. This species was only recorded for the first time in 2003, and this year's tally has already at least quadrupled the all-time count. It prefers damp woodland for breeding and is a potential colonist to those large areas of woodland inland in the 'Garden of England'. The rarest migrant of all was the Marsh Dagger captured in West Sussex at the Pagham Harbour NR visitor centre trap, operated by Ivan Lang on the night of the 18th. Only the second record since the mid 1930s, this former resident was held on display for two days and attracted admirers from far afield before being released back on site. Other notable migrants included a Death's Head Hawkmoth at Dover (Kent) on the 27th, a Dusky Hook-tip, a Scar Bank Gem, several Vestals, Gems, Orache Moths, Bordered Straws, Dewick's Plusias and Plumed Fan-foots. A report of two Streaked Plusias in Hampshire late in the month has yet to be confirmed.

New moth species expected to found in a garden in the late summer: 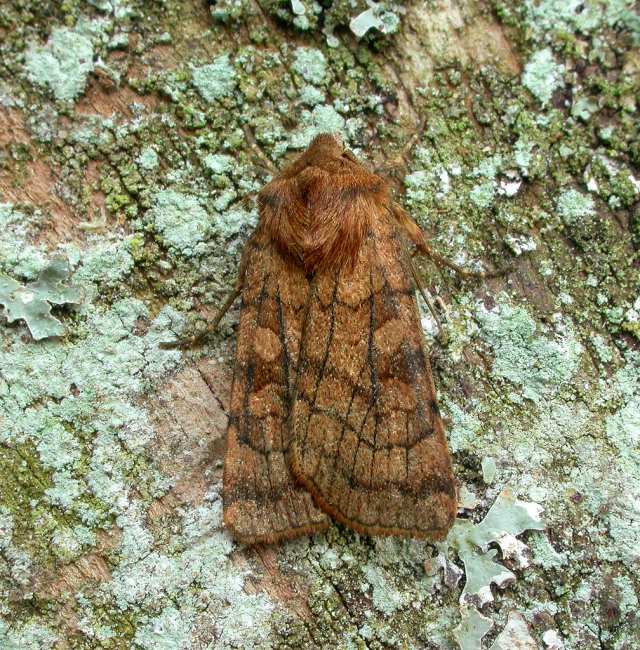 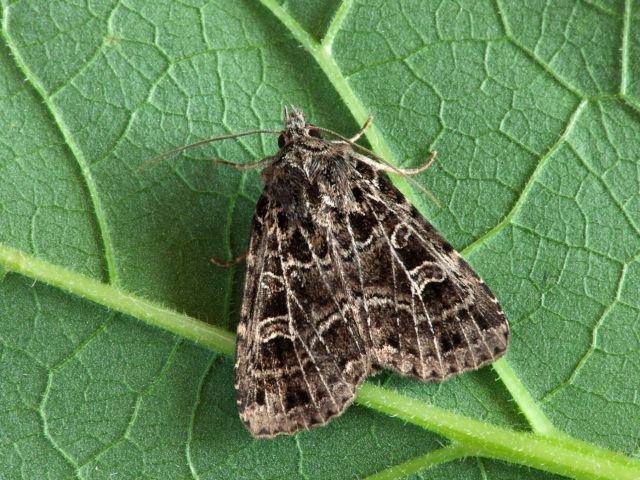 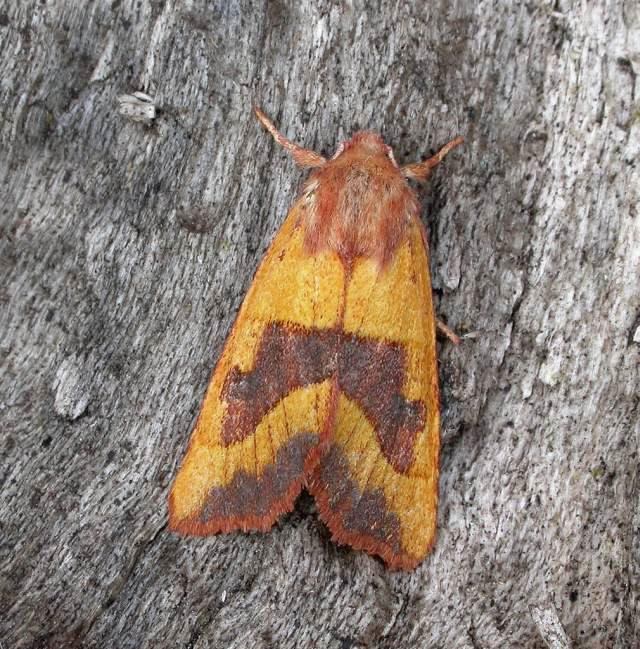 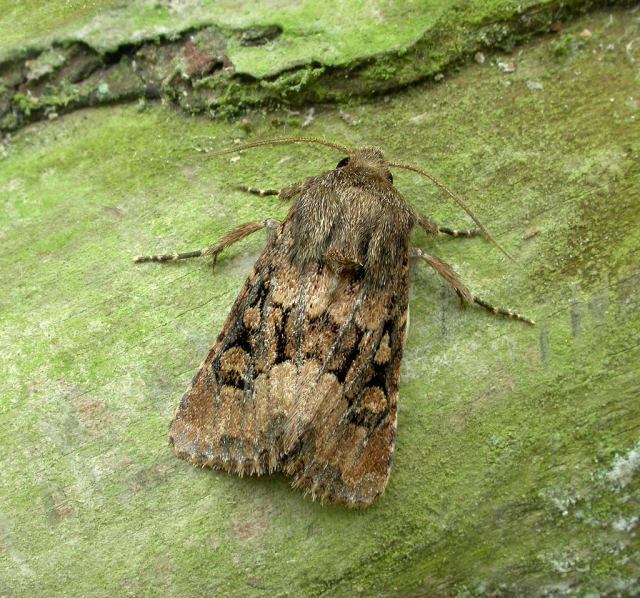 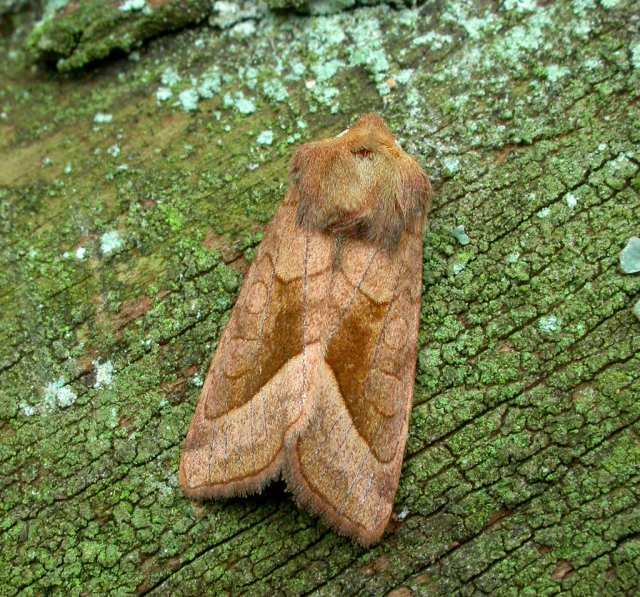 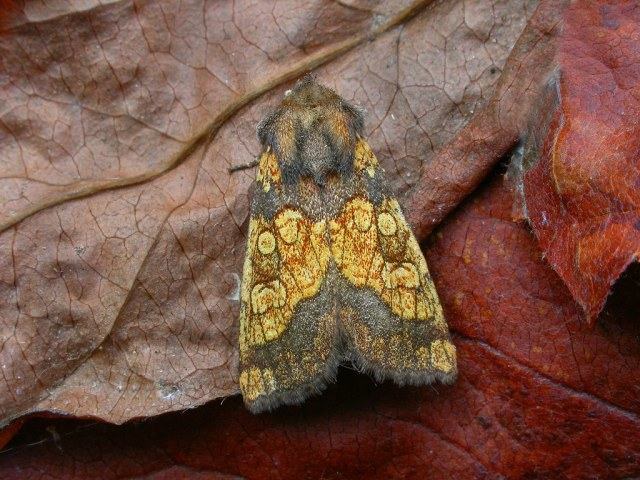 Some more obvious micros to look for in garden at this time: 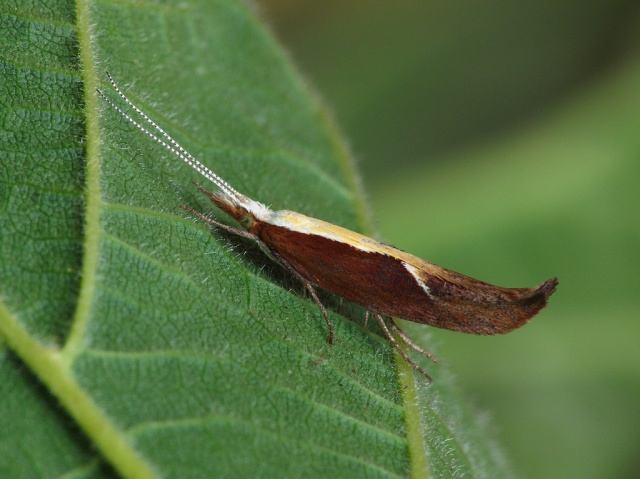 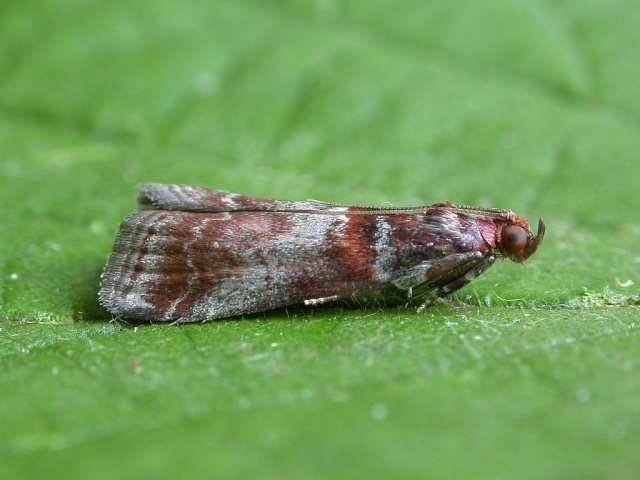 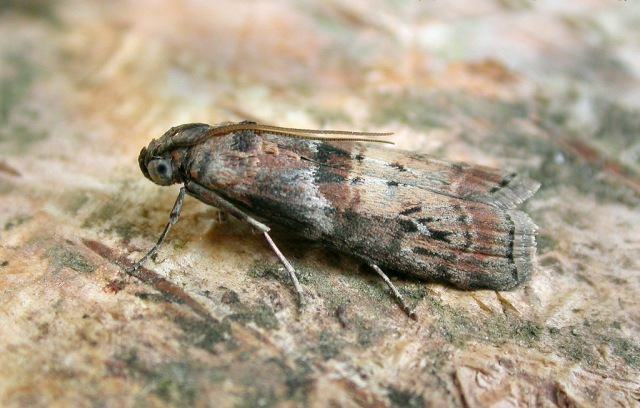 Some new moths expected to be found in a woodland near you: 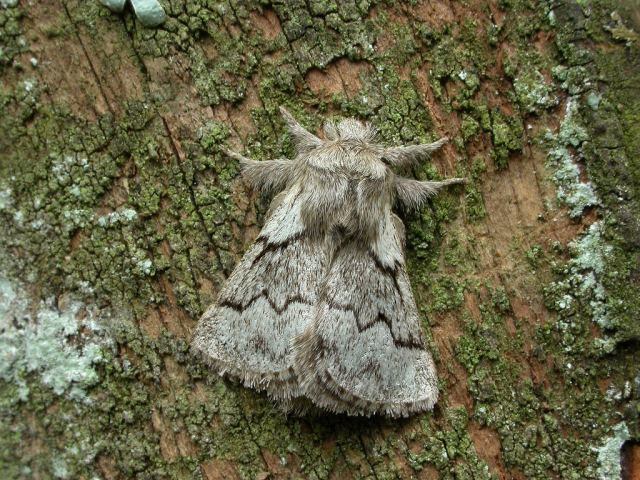 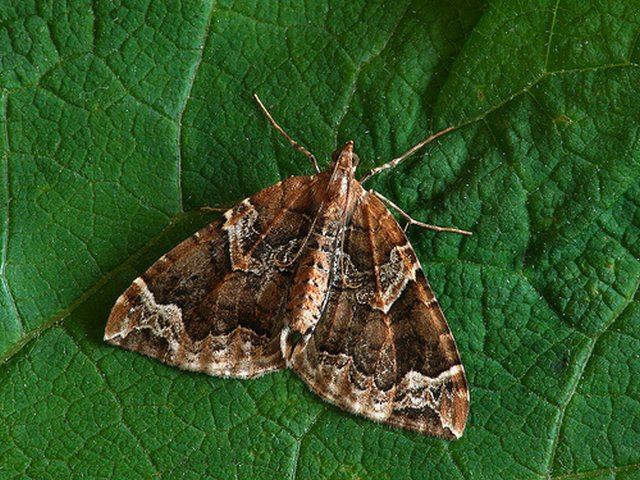 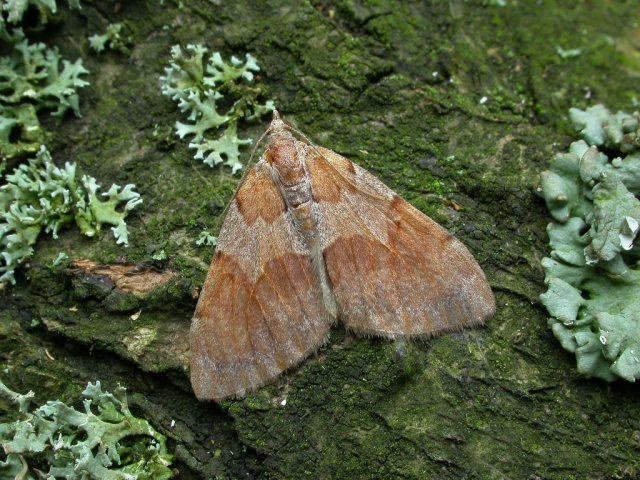 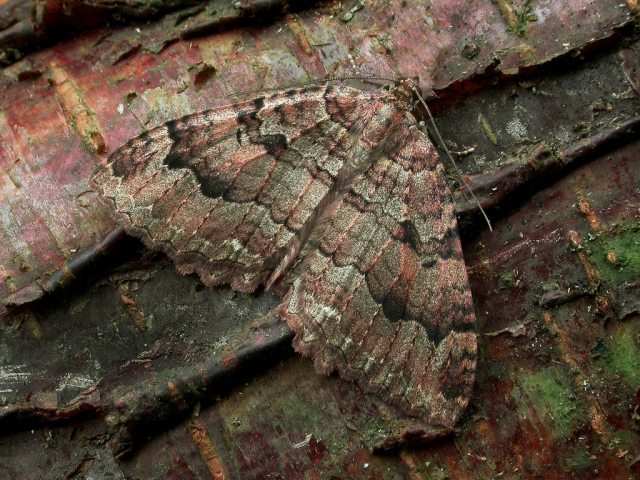 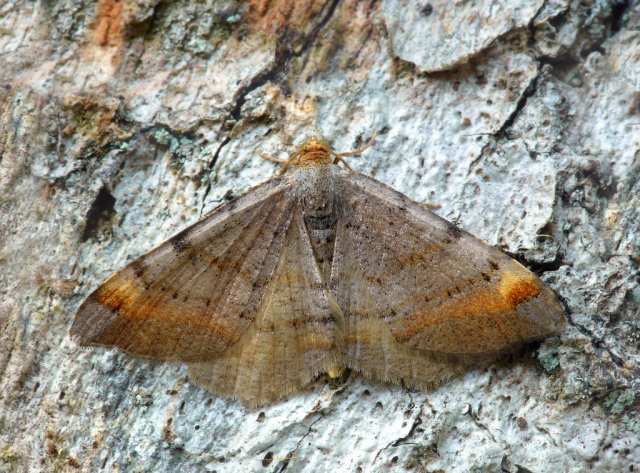 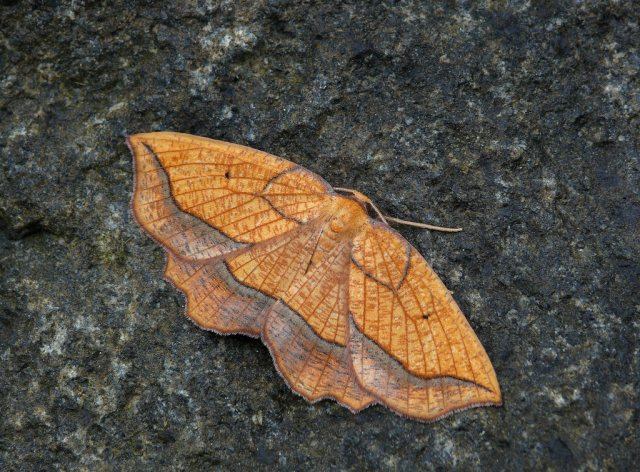 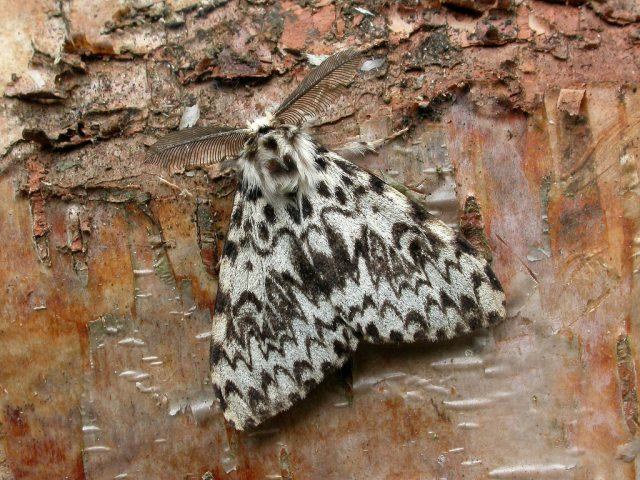 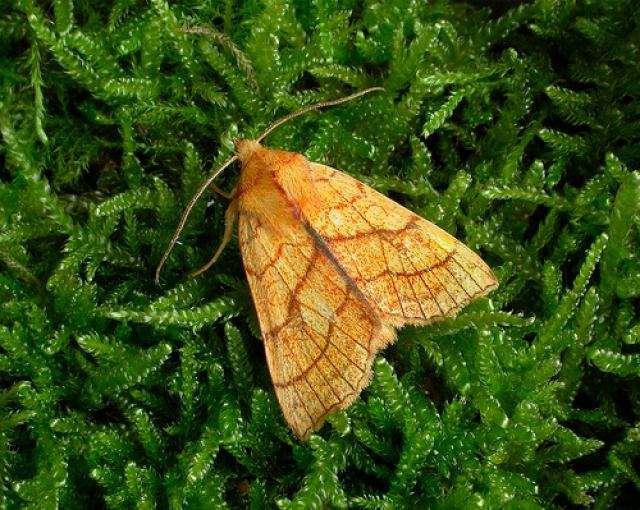 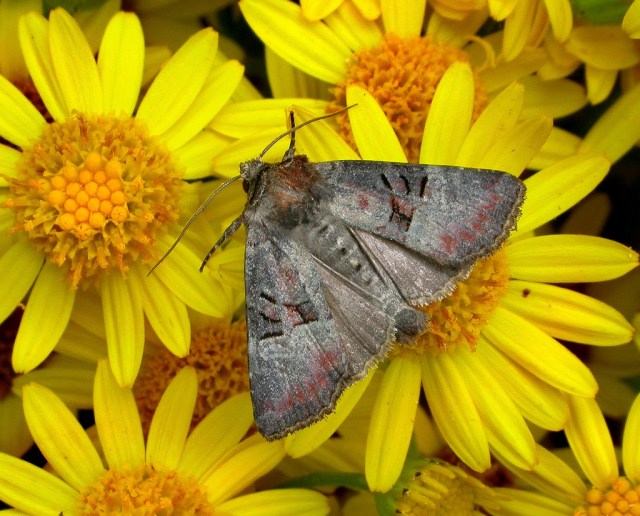 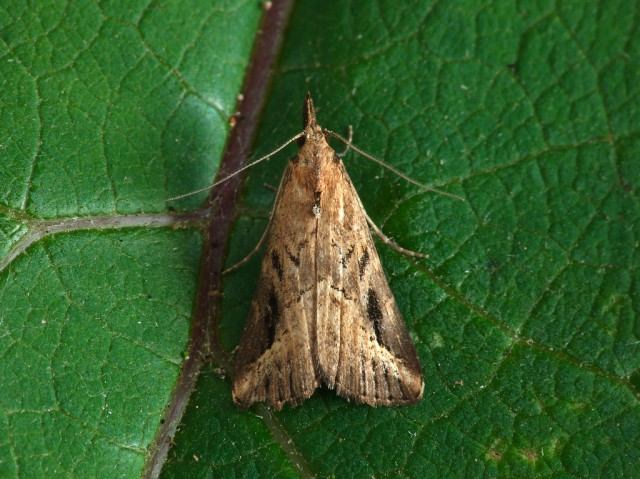 Some extra micros to look out for in woodland: 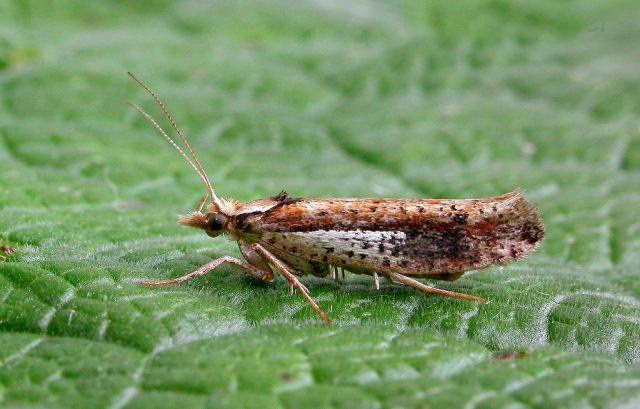 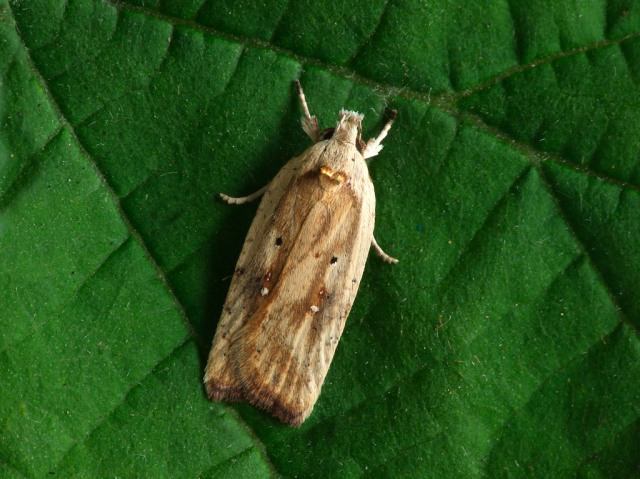 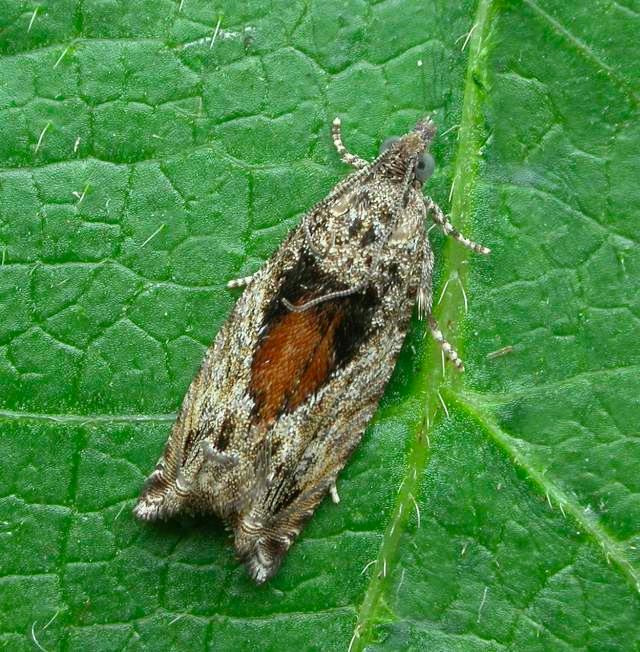