Moths of the season: late May to later June

Following the excellent start to the spring season, when good numbers of quakers were widely reported, the second half of April stuttered for moths in many a garden. There is often a lull at this time, as the second wave of species take time to emerge. However, 'field trapping' in the last week, especially on the 24th and 28th in the West Midlands, provided some excellent respective catches of 69 species at Kinver Edge NT (Staffs) and 55 at Monkwood NR (Worcs).

The first half of May was much cooler than average with many clear, almost frosty, nights. The night of the 5th was an exception in my own Worcester garden with 18 macro species and six micros recorded!

Despite the mainly northwesterly airflow, a trickle of migrants nationally included small numbers of Diamond-back Moths, Rush Veneers, Humming-bird Hawkmoths, Dark Sword-grass, Pearly Underwing and Silver Ys. A Striped Hawkmoth at Southampton (Hants) on 6th May was the most striking wanderer reported so far. A very cool National Moth Night on the 15th was themed around 'bats and moths' and appears to have produced low numbers of each across the country. The best migrant on that night was the Portland Ribbon Wave at Ventnor (Isle of Wight) with a Rusty-dot Pearl on The Lizard (Cornwall) in second place. 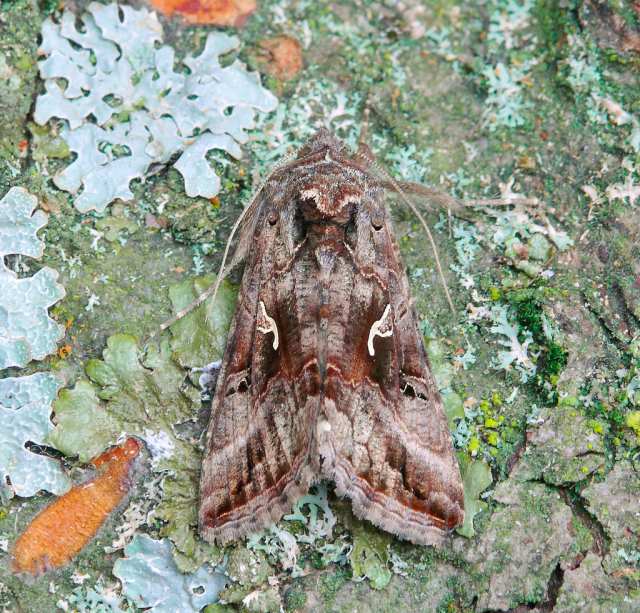 An American Silk Moth of the genus Hyalophora (probably cecropia), found in pristine condition by day on St. Mary's (Scilly) on 7th May, is not a migrant and was presumably imported on fruit as a cocoon. Some optimistic birders at the Land's End House Finch were hoping this record was going to give extra credence to the ship-assisted theory for that bird's arrival at the toe of England.

Things are now looking up as the weather forecast for the last third of May is much better with temperatures in the low to mid–20s expected by the fourth weekend of this month. If this is borne out, we could expect both a large increase in the variety of species coming on the wing and better numbers of the species already out. June is a month where, if the conditions are right, wandering moths from nearby woodlands and heaths can turn up in your garden trap so the lists below can overlap in a big way. Because of the recent cool weather many of the species listed in last month's article will continue to fly for a while yet. At long last my Worcester garden claimed its first ever Puss Moth on the night of the 18th. 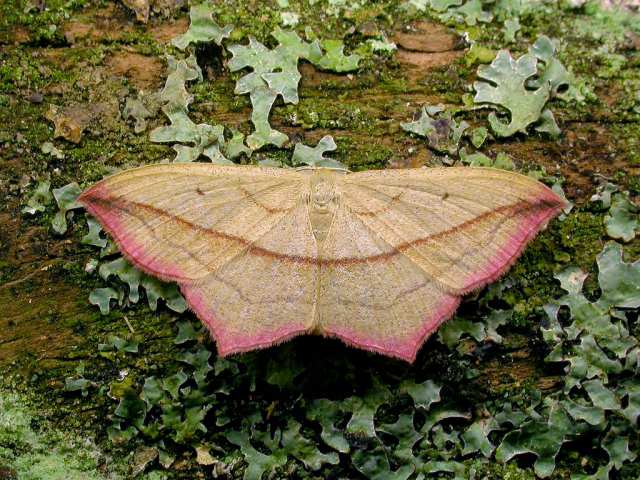 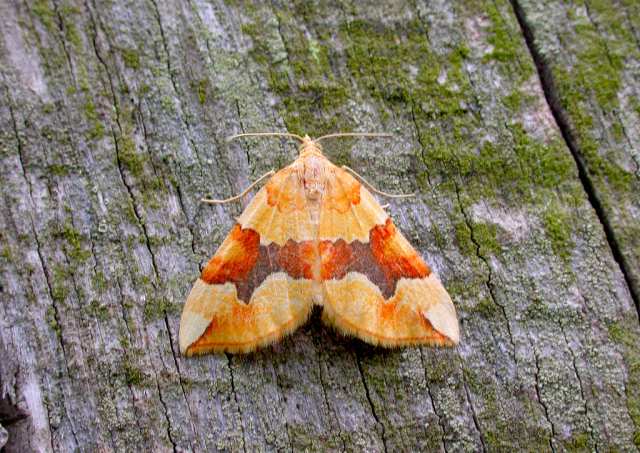 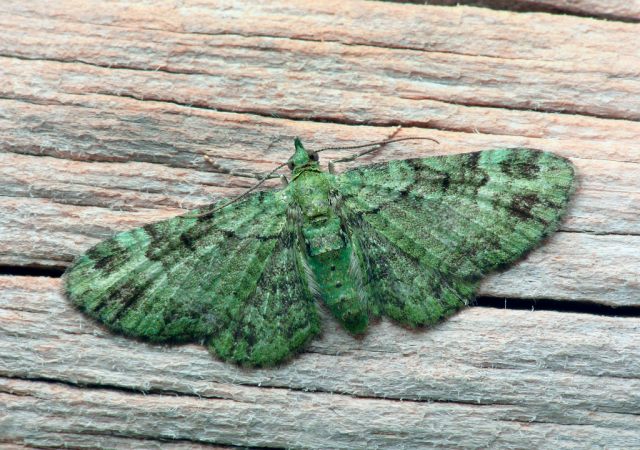 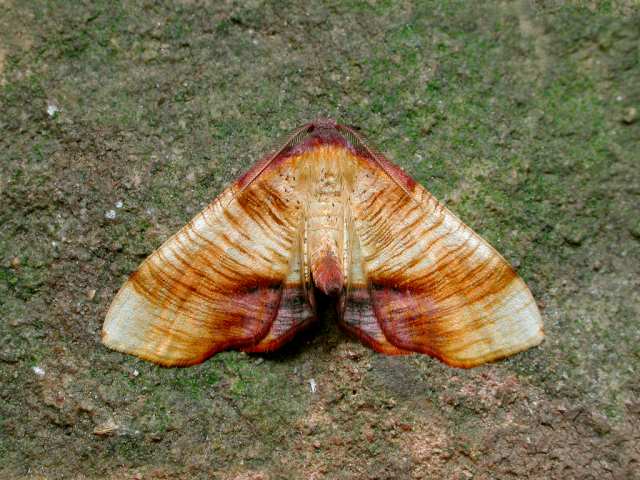 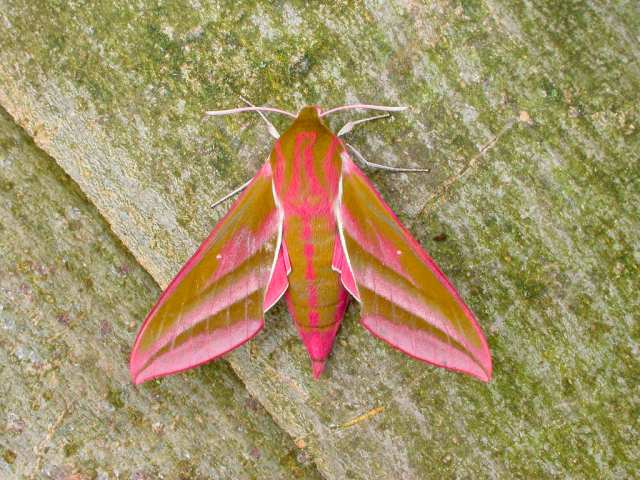 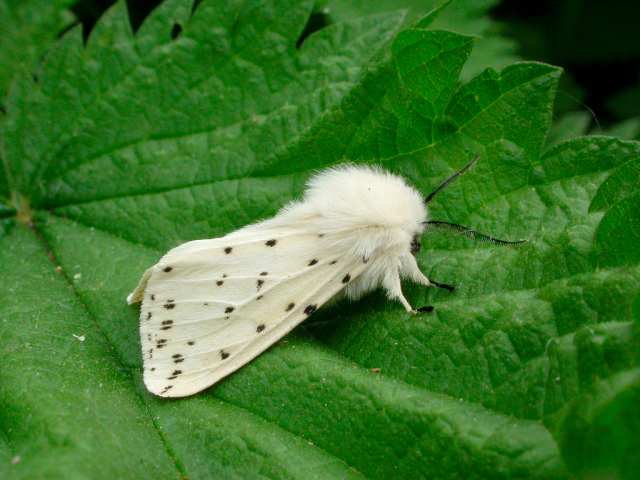 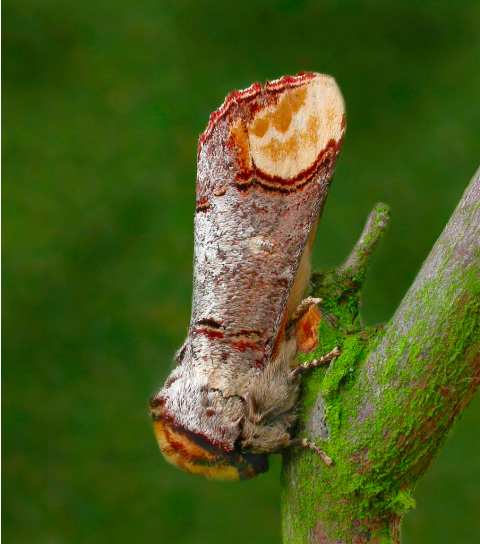 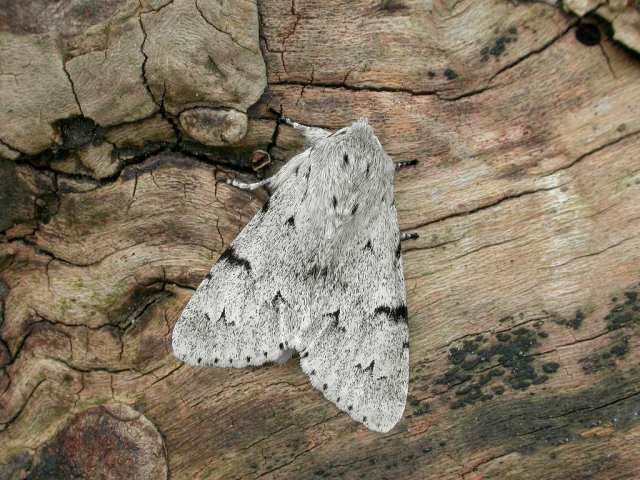 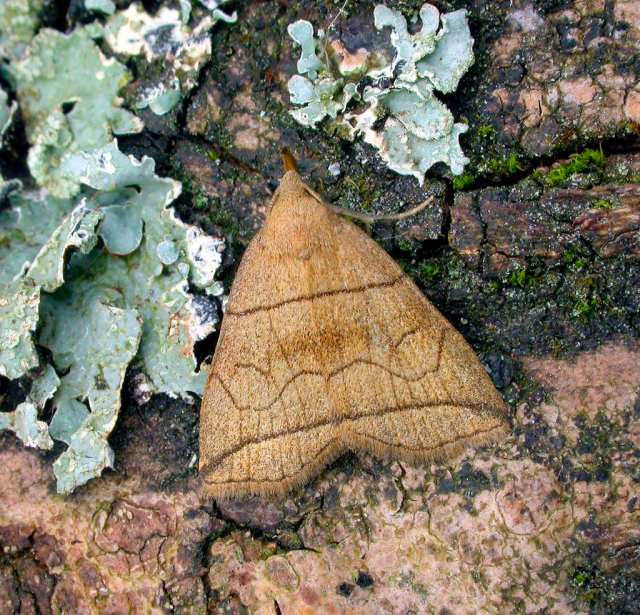 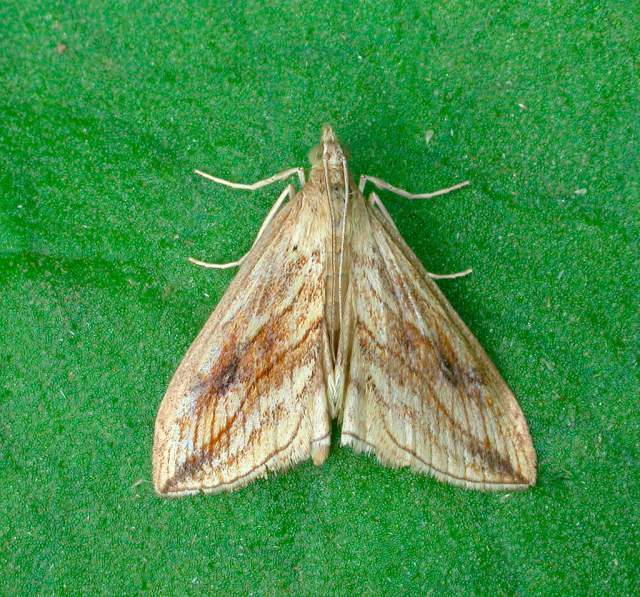 Extra species to expect from a woodland near you 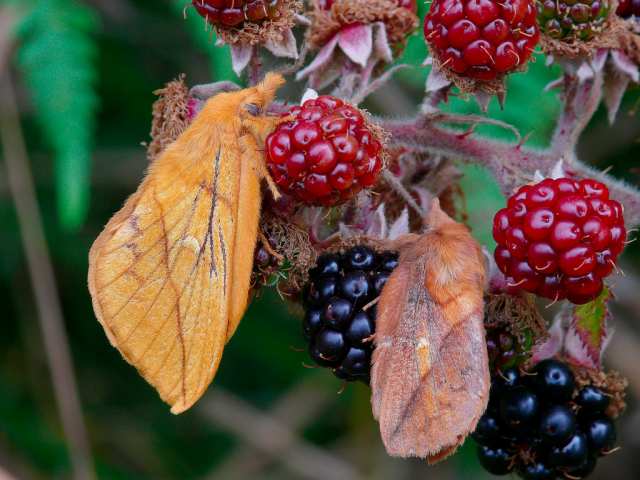 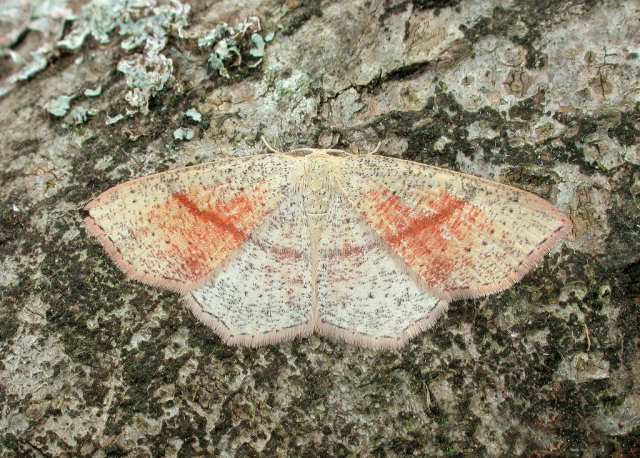 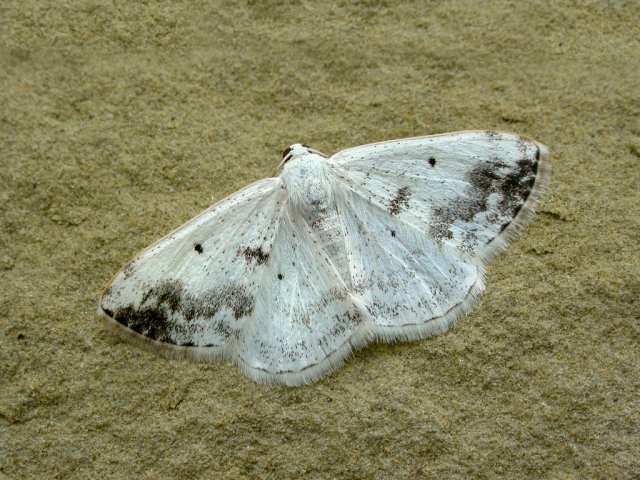 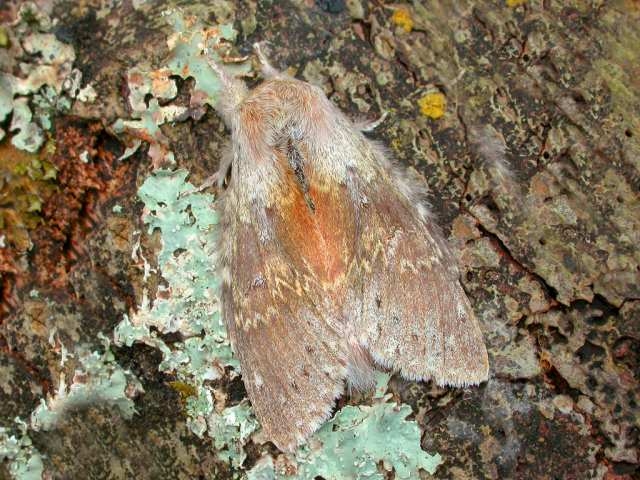 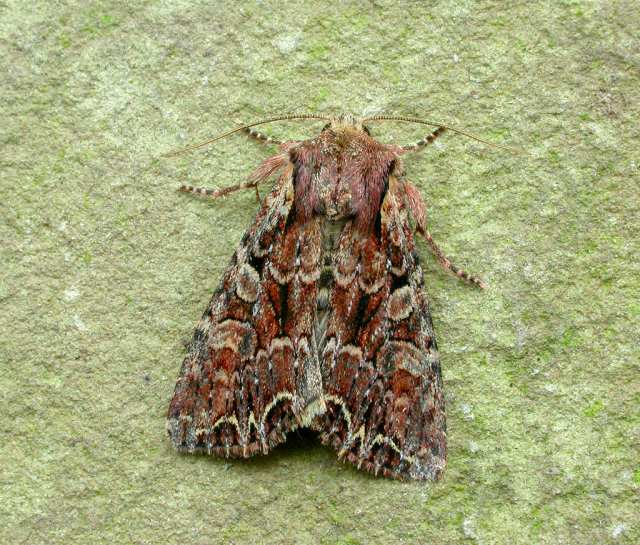 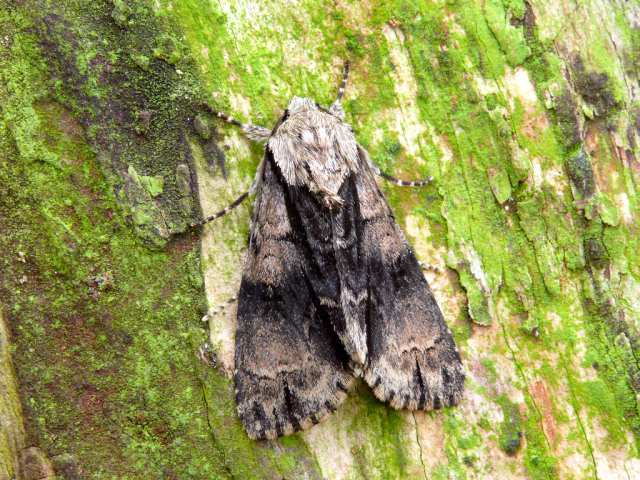 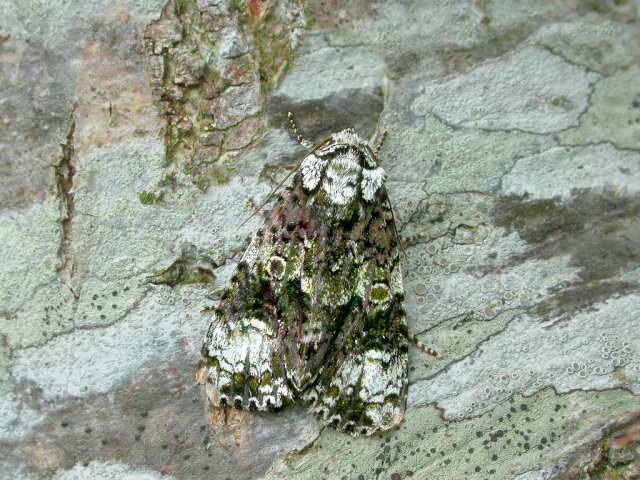 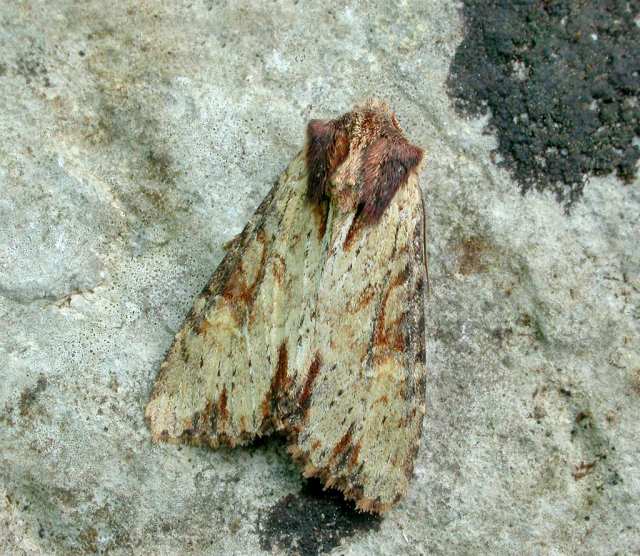 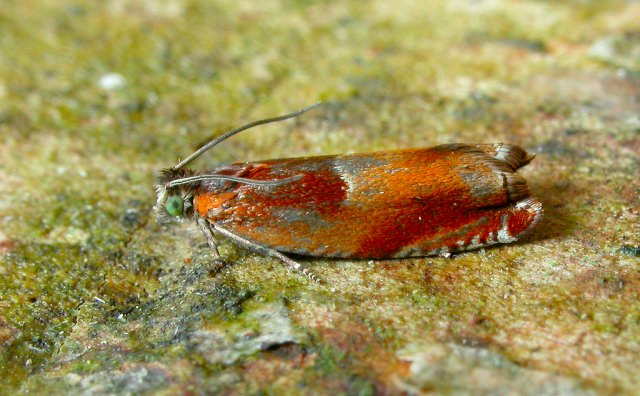 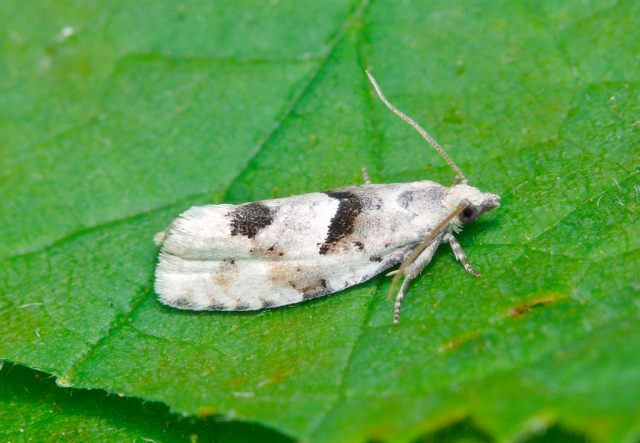