Moths of the season: Emperor Moth

The spectacular Emperor Moth is Britain's only resident member of the Saturniidae family. Only some of the Hawk-moths are larger in size and the Emperor's markings give it an almost tropical appearance. It is reasonably common over much of Britain, occupying moorland, heathland and open country. Sexual dimorphism is great within this species: the males have bright orange hindwings and fly during the daytime in search of the greyer and slightly larger females, which only fly at night. Both sexes possess single large 'eye spots' on each wing and are on the wing in April and May. 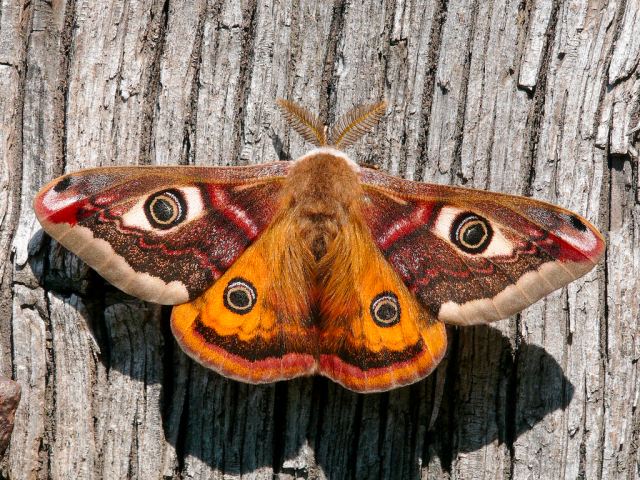 The fully grown caterpillar is green with black hoops containing yellow wart-like spots, and feeds on a variety of plants such as Blackthorn, birch, Bramble, Hawthorn, heathers and sallows. Some of the earlier instar stages of the larvae are dark with deep orange markings. Adult females will come to light, especially MV, so planning a moth-trapping session on a larger section of heath near you on a calm, moderately warm night from mid-April may yield results. 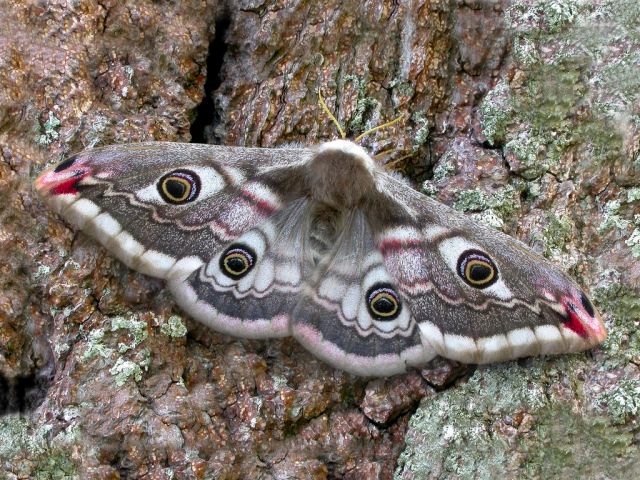 A female was trapped at Kinver Edge NT, Staffordshire, last Saturday (10th April), so they are already on the wing. Mated females sometimes lay eggs on the cardboard egg trays soon after arriving in the trap, which is usually not long after dusk. These eggs can, if you have the desire and patience, be kept in a dry place, still attached to the egg tray until they hatch. The small caterpillars can then be placed into a specifically constructed breeding cage, an empty aquarium or large closed plastic container and fed through on any of the recognised foodplants. The larvae will feed up between late May and August, and a constant supply of fresh slightly dampened foodplant is needed; they also need to be cleaned out regularly. Substantial static plant material must be in place when they are getting large, both for support and to enable them to pupate in their woven cocoon on the stems, near the base of a plant above the ground level. The following spring, adults will emerge during April or May depending on the temperature at which you have stored the pupae.

The adults should be released at the place of capture, which will hopefully more than compensate for the eggs being laid in the 'wrong place' the year before.

It is also possible to survey other habitats nearby where perhaps Emperor Moths have not been previously been recorded. If, when your adults are emerging, you quickly separate a virgin female from any of the males, she can be used as a lure to see if males are present on another site. To do this the female needs to be placed on her own, in an assembling cage. You can either make one yourself using small plastic hoops for the frame and fine netting or gauze for the cover. Patrick Clement got lucky in Halesowen, West Midlands and spotted exactly what was required in a local 'pound shop'. Finally all you need is a warm, fairly calm and sunny day at some potential habitat in your area and off you go. Afternoon is best and the method is simply hanging the assembling cage, with the female inside, about a metre off the ground, near gorse or heather and wait. If there are any males in the vicinity, they will soon sense the female pheromone and fly to and hopefully land on the outside of the cage. To be fair, it is best to release the female near where you obtained the original breeding stock. Males fly very rapidly and it is best not to try and net them in flight as you may damage the insect. 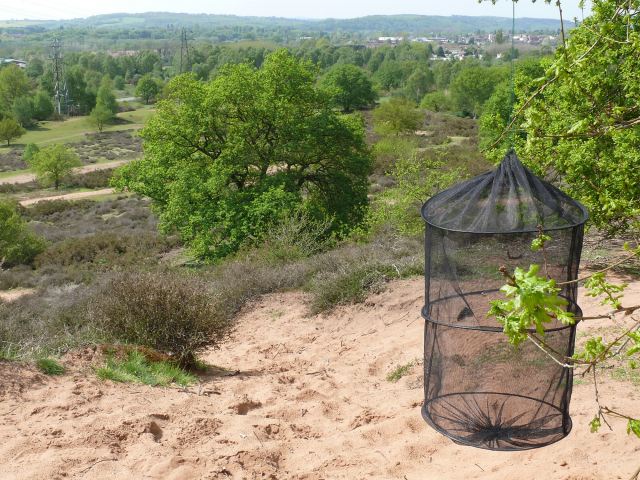 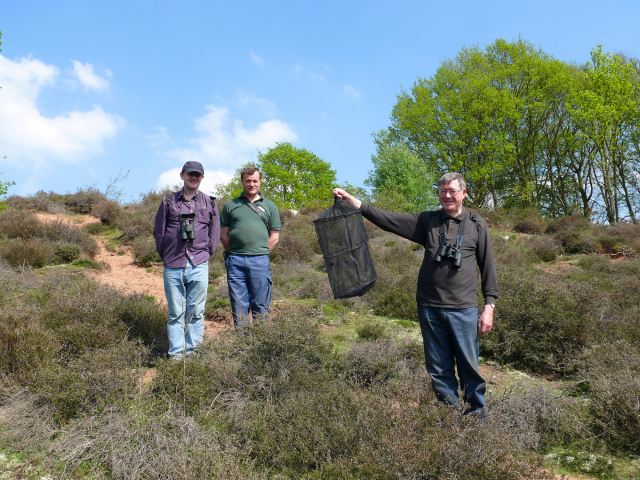 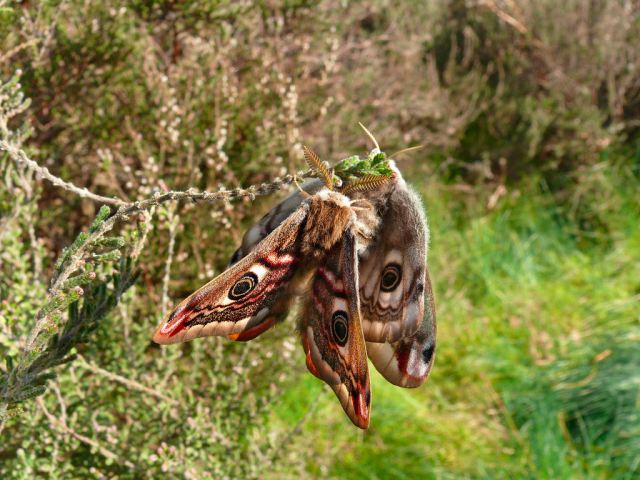 During the last month many moth enthusiasts have recorded seeing good numbers of Orange Underwing moths in flight around birches on commons and heaths right across the UK. Some lucky people have reported seeing them land on bracken and even the ground. They appear to have had a good season despite the wet days in late March and early April.

A big thank you to Patrick Clement for supplying photographs and much of the substance of this article.