Moths of the season: Autumn

As we enter the second half of September and the true autumn we can expect quality rather than quantity in our garden and woodland catches. This is the time for sallows, Epirritas, autumn quakers, freshly emerged chestnuts and the classic green-patterned noctuids such as Merveille du Jour. It seems that the prolonged cold spell of last winter has held up many of the late-summer species, which have peaked later than usual. Some of the species mentioned in last month's article are only just appearing about now and will continue to fly for some time yet. One should now cherry-pick the best of the weather for moth trapping, especially if visiting woodland, which can be very disappointing on clear nights when the temperature drops like a stone. Autumn can be a very good time for wandering residents, migrants and surprise second generations. Gardens can also be good reservoirs for advancing species that feed on ornamental conifers, so look out for Juniper Carpet, Cypress Carpet and Cypress Pug. Carry on sugaring fence posts, especially during dry periods when many late autumn species love this extra food source.

One should even try and fit in one last field meeting after Guy Fawkes Night. If you pick a calm, mild and cloudy night out in ancient woodland in early winter, a surprising selection of species can be recorded, especially if one employs the old field method of 'trunking' while waiting for moths to arrive at your moth traps. Here one simply needs a bright torch and patient searching of tree trunks such as oak and beech. Both species of winter moth, Scarce and Mottled Umbers can be found in this way. The females of these four species are flightless with either only vestigial or no wings and simply creep and climb into positions where they wait for male partners. Sheltered bracken is particularly good for male Northern Winter Moths, which sit on the tips of the fronds just after dark before flying off to search for females. 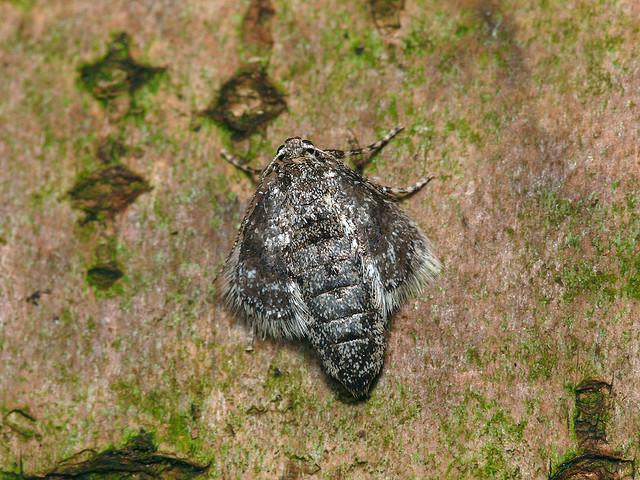 Late September and October is perhaps the classic migrant-chasing season, when the keenest of British moth-ers carefully study weather maps of western Europe, hoping for warm, moist, southerly airflows originating from Iberia and further south. When such a weather feature occurs, some of them head straight to the famous migrant hotspots such as Dungeness in Kent, Durlston CP and Portland in Dorset and The Lizard in Cornwall, hoping for a dreamed-of mega or merely to see insects that may have been as far south as North Africa a few days earlier. Historically these places have produced some of the rarest vagrants on the British List. The anticipation and excitement one feels when placing your traps at places like these just before dusk reminds me of that felt when going birding 'on spec' to the Isles of Scilly in the 70s and 80s. Very often the mega fails to appear but species such as Vestal, Convolvulus Hawkmoth, Dark Sword-grass, Pearly Underwing, Delicate, Clancy's Rustic, Small Mottled Willow and Scarce-bordered Straw make the effort very worthwhile. You don't have to be on an exposed headland to get migrants. Moths travel inland quickly and garden traps, even in built-up areas, can be good for the unexpected — as one Birmingham recorder found when he discovered a gorgeous Purple Marbled in May 2005. 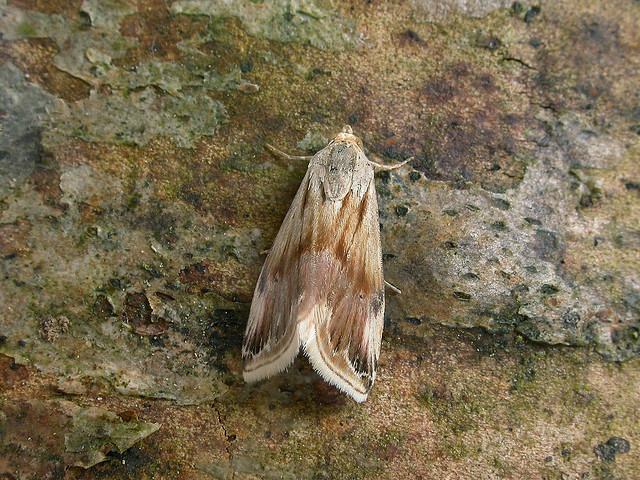 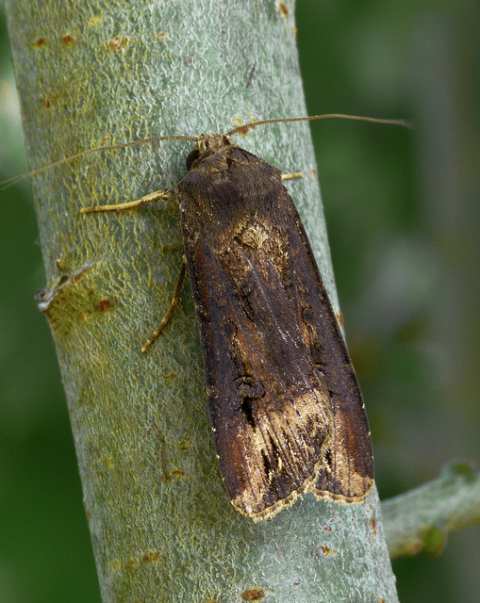 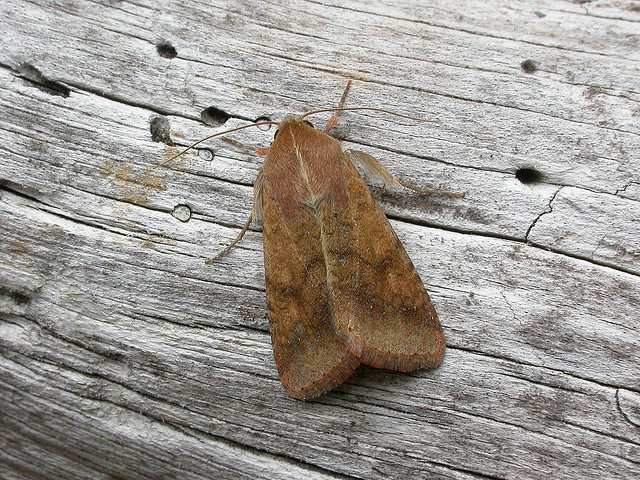 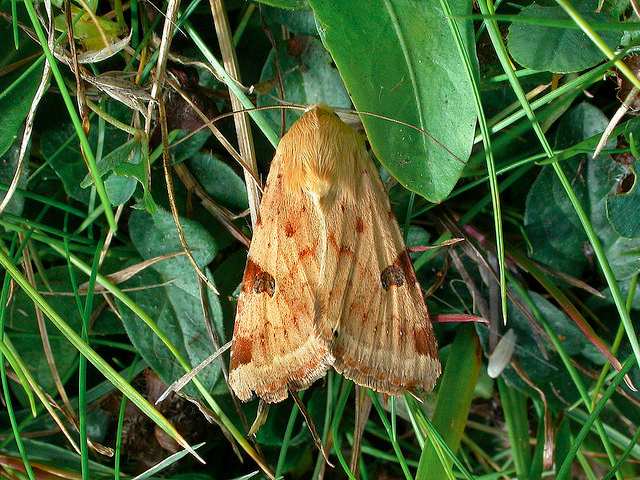 The unsettled weather since late July has meant there has been no prolonged moth immigration, just odd short windows here and there. August highlights included a Pine-tree Lappet on the Isle of Wight on the 11th, two Golden Twin-spots on Teesside on the 14th, Great Brocade in Kent on the 16th, Dotted Rustic in Kent on the 23rd, Tamarisk Peacock in East Sussex (also on the 23rd), followed by three Gypsy Moths, three Bedstraw Hawkmoths, three Death's Head Hawkmoths and two Jersey Mochas. Early September was quieter but saw a mini-influx of Vestals and Gems, a Silver-striped Hawkmoth in North Wales on the 4th, a Dusky Hook-tip in Essex on the 6th and a Slender Burnished Brass on St. Agnes, Scilly on the 11th. Dark Sword-grass were very widespread, as were Convolvulus Hawkmoths, with four counted at a tobacco plant as far north as Eyemouth, Borders.

Towards the end of the year, moths get very few on the ground (and in the air!), so what does one do to fill out those long, dark, cold evenings? Make sure all your records are written up in your own notebook or log and remember to send species lists to those landowners and reserves that have allowed you to do surveys on their land this year. Go through all of your photographic images, correctly labelling each with species, date and location. Make sure all of your important data is submitted to the relevant county recorder. Invest in a copy of Mapmate and spend time becoming familiar with this hugely useful recording tool. Do more reading and evolve ideas for next year's quests. Good luck!

New moths that you may expect to see in the garden in autumn and early winter: 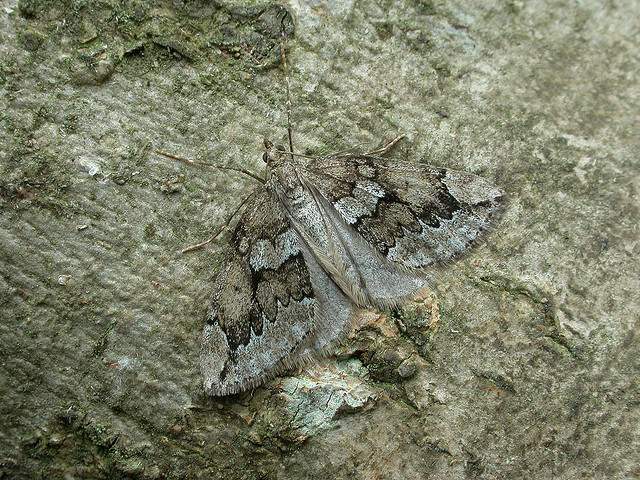 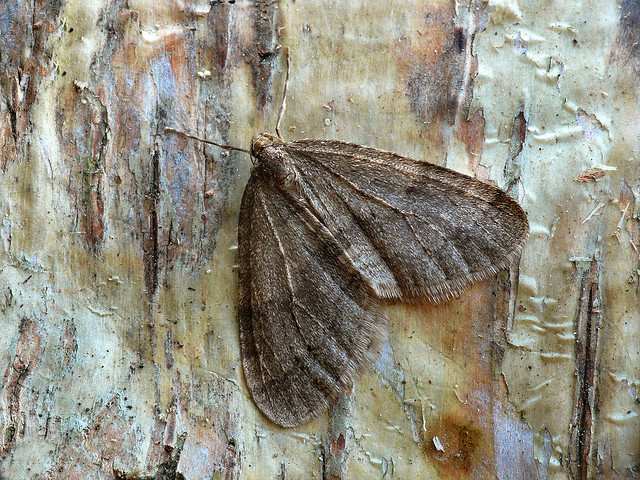 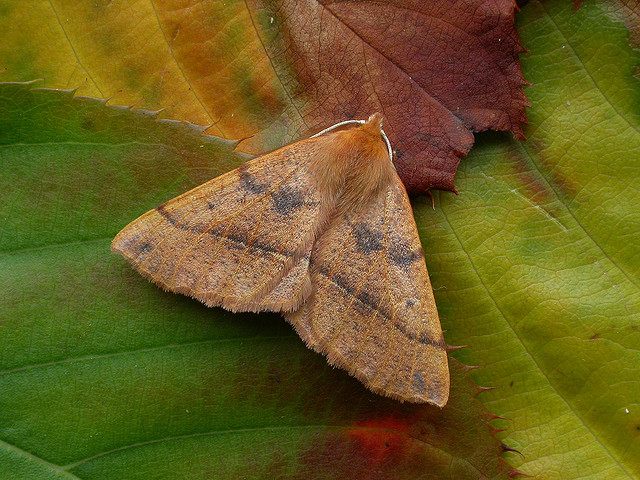 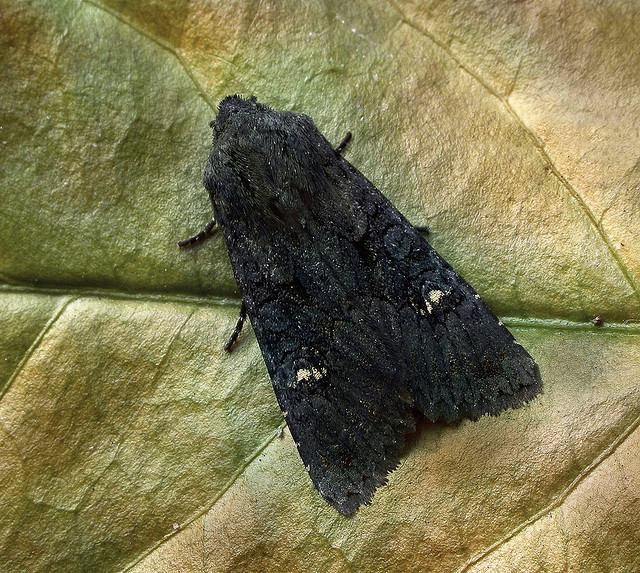 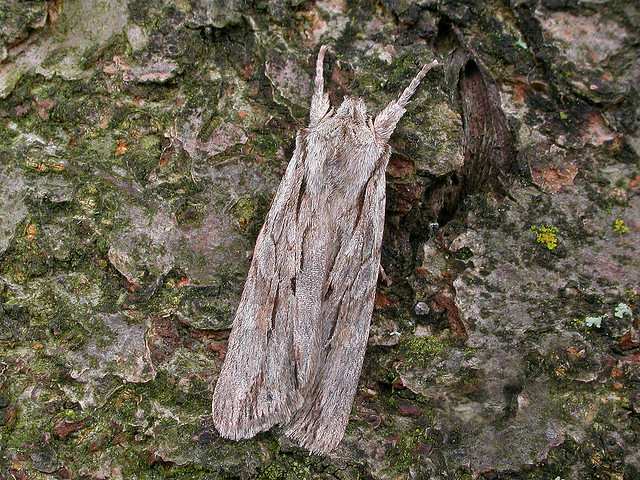 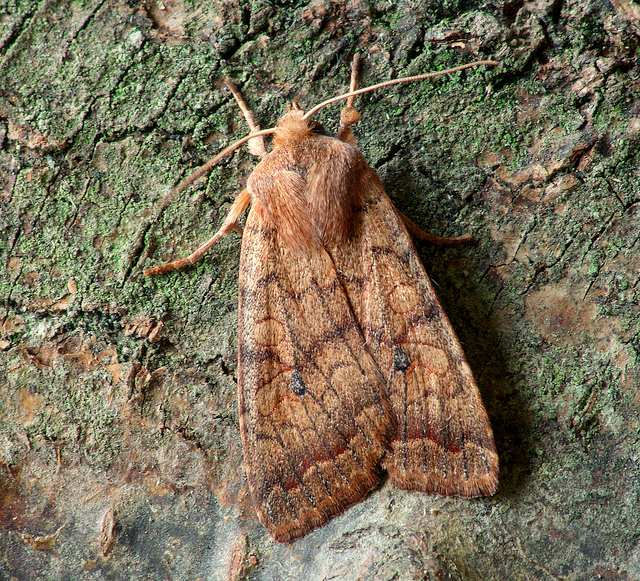 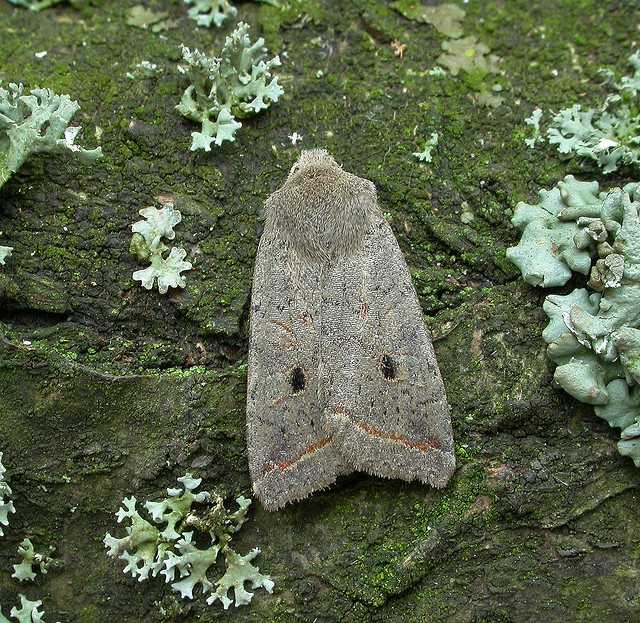 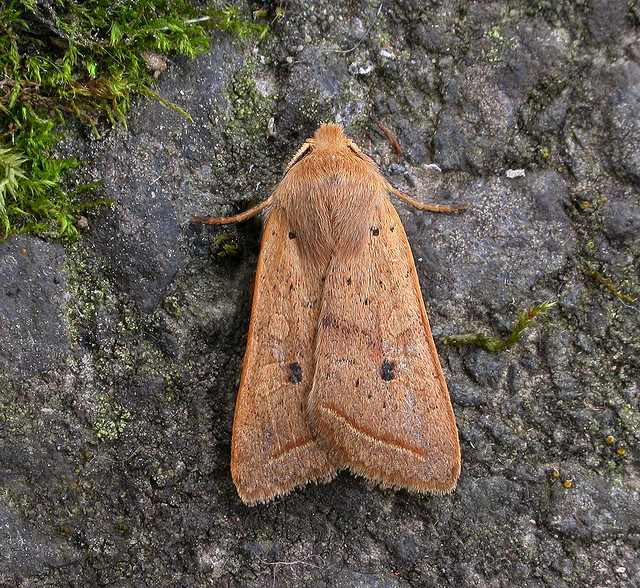 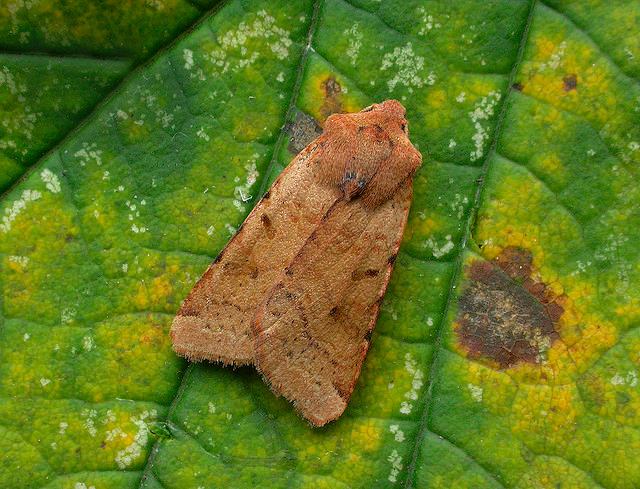 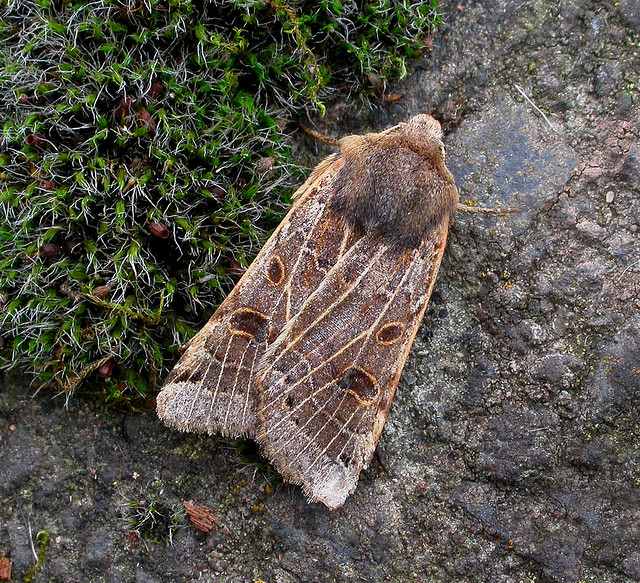 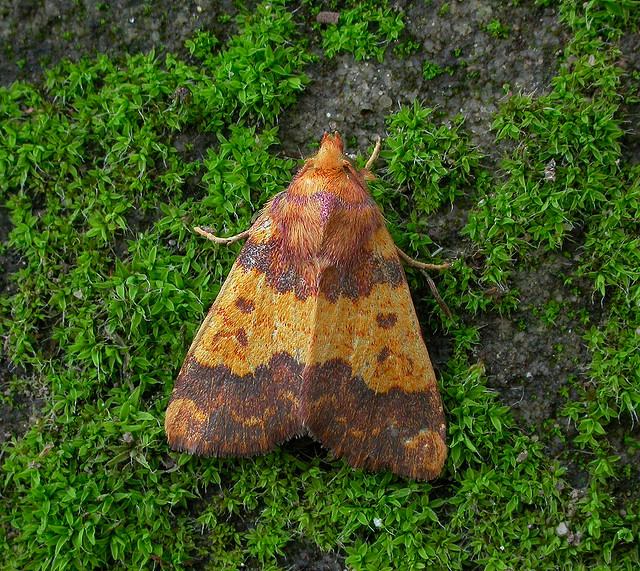 Some obvious garden micros to look out for: 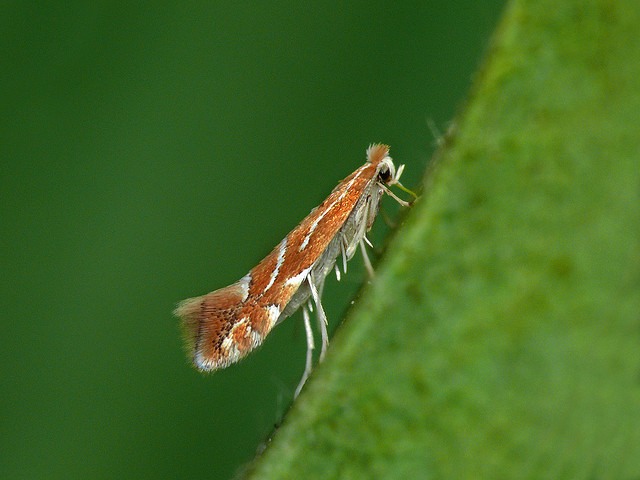 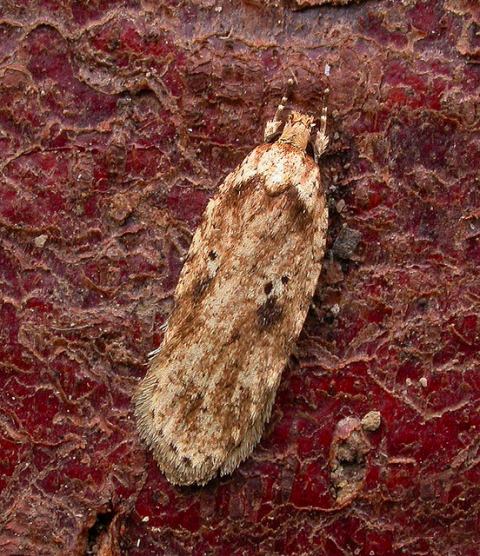 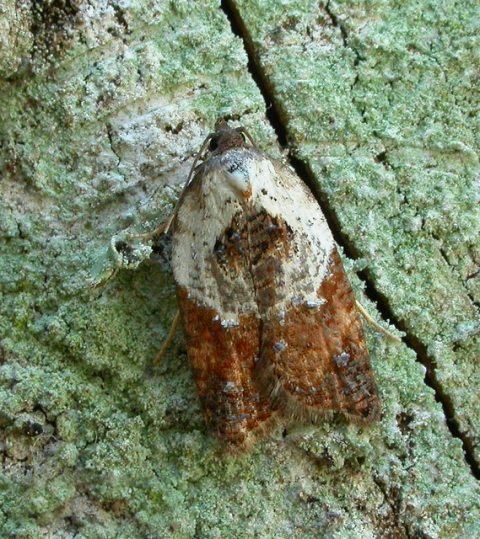 Extra new moths that you could expect in woodland in autumn and early winter: 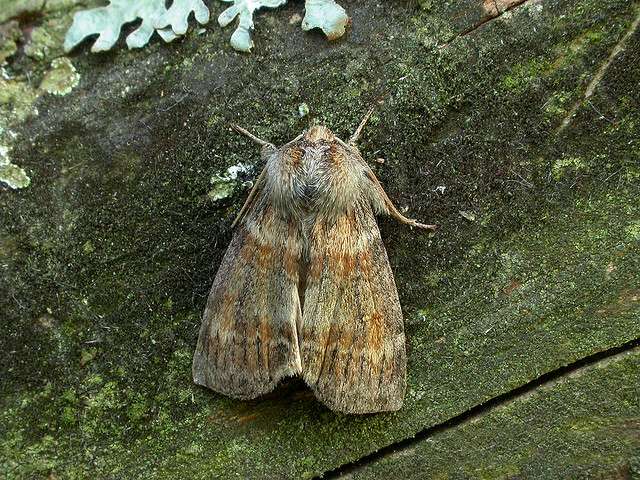 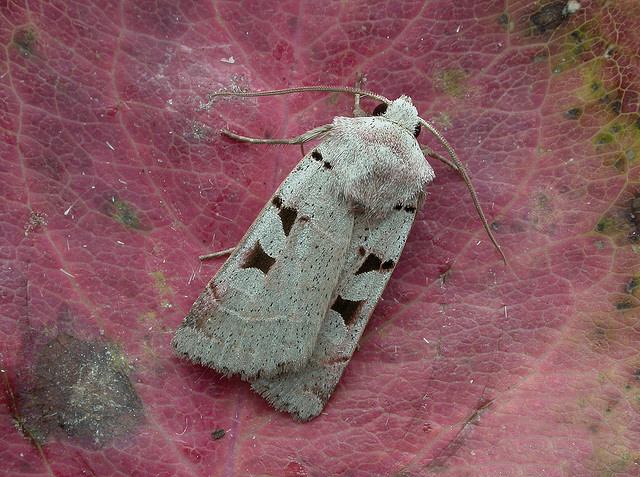 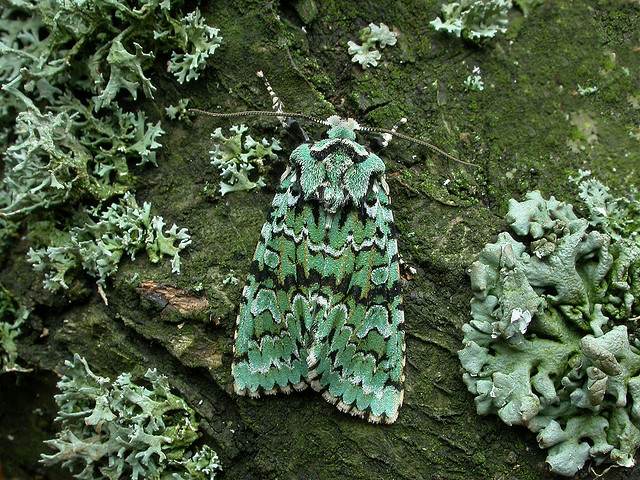 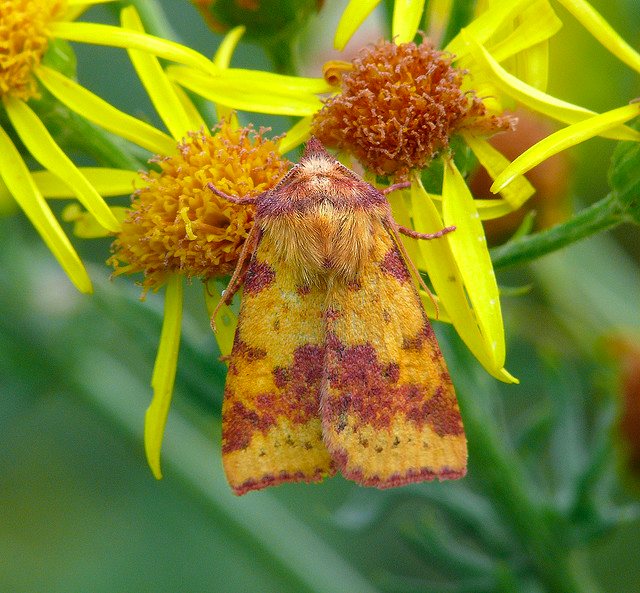 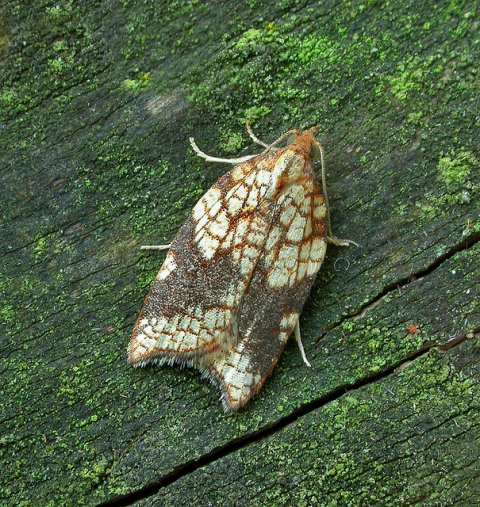 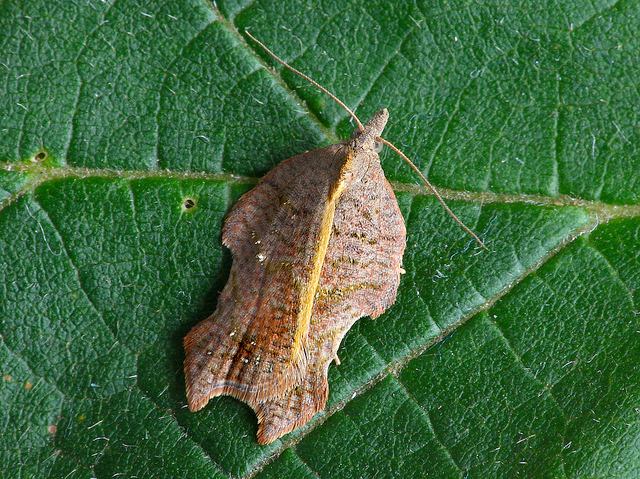 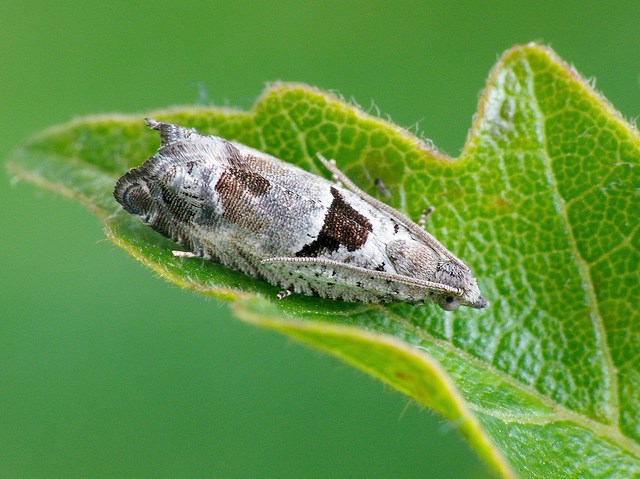