The third in this series looks at freshwater wetlands, with particular emphasis on the species of large moth to be found in reedbed, fen and carr habitats. On first glance, daytime visits to sites of this nature reveal little evidence of the vast 'treasure trove' of moths living only metres from where you are standing. By dusk, however, especially on a mild night, they are transformed into a hive of activity and, with the help of MV light moth traps, a fantastic array of otherwise difficult-to-observe species can be found.

Wetlands are areas of land whose soil is saturated with moisture, either permanently or seasonally. Wetlands include bogs, marshes and swamps. Reedbeds are actually part of a succession from young reed colonising open water or wet ground through a gradation of increasingly drier conditions. As reedbeds age, they build up a considerable litter layer, which eventually rises above the water level and ultimately provides opportunities for scrub or woodland invasion, typically alder and willow-carr growth. A fen is a type of wetland fed by mineral-rich surface water or groundwater, which can be neutral or alkaline. Fens usually sustain a wider variety of plant species, such as rushes and sedges.

Extensive freshwater wetlands containing these habitats can be found all over Britain, but those in the south and east of England tend to support the largest range of species. Some of the best examples of large existing or developing wetlands are:

Elsewhere, other locally important sites are at:

There are also many smaller sites in the Midlands, such as those at Doxey Marshes NR in Staffordshire, Brandon Marsh NR in Warwickshire and Upton Warren NR in Worcestershire. 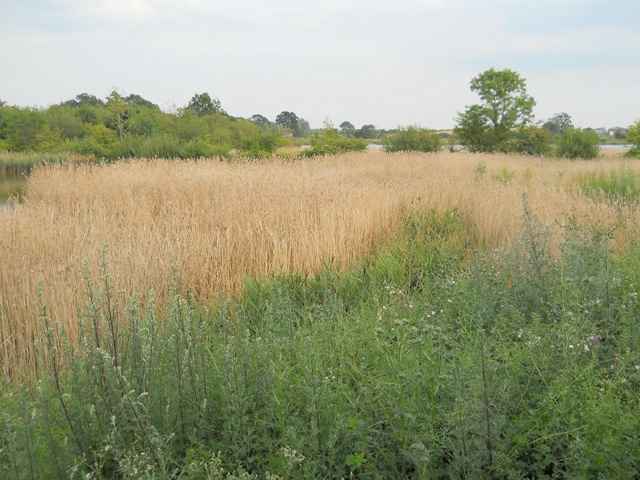 Some species of moth can be found by day by walking along paths through reedbeds and adjoining vegetation and lightly tapping stems and leaves with a walking stick, or by sample netting at dusk or 'dusking'. However, by far the easiest way to see wetland moths is by joining up with a moth survey or public event at such a site, where experts will know exactly where to set traps in safe positions and for maximum effect. Many of these events will be announced on the Butterfly Conservation website, the RSPB website or on the many local moth group websites. The annual public event at Minsmere RSPB is particularly good for the scarcer wainscots. One of the best local moth groups, especially if you want to see wetland species, is the Suffolk Moth Group.

Moth populations are one of the best indicators of the health of a particular ecosystem, and with this in mind the RSPB and Natural England have undertaken moth surveys at some prime wetland reserves in recent years. With the lion's share of protected reedbed under their ownership, the organisations were keen to learn exactly what key invertebrates they were the 'guardians of'; these, as far as birds are concerned, are perhaps the most important part of the food chain! Between June and August in 2010, twelve light traps were set at three key reedbed sites at Hickling Broad in Norfolk, Ham Wall in Somerset and Stodmarsh in Kent. Each trap was set three times, at intervals of three weeks, and over all surveys at all sites 5,524 individual moths of 202 species were caught. Of the 202 species trapped, 16 were classified as reedbed specialists and 47 as wetland specialists on agreed definitions. No fewer than five Red Data species were recorded, including Reed Leopard, Scarce Chocolate-tip, Dotted Footman, Small Dotted Footman and Fenn's Wainscot. 19 other UK BAP species, which have a widespread national distribution but which are now rapidly in decline, were also identified. This survey shows the importance of wetlands for very rare species, as well as acting as a safe reservoir for species struggling to maintain good numbers in other peripheral habitats. 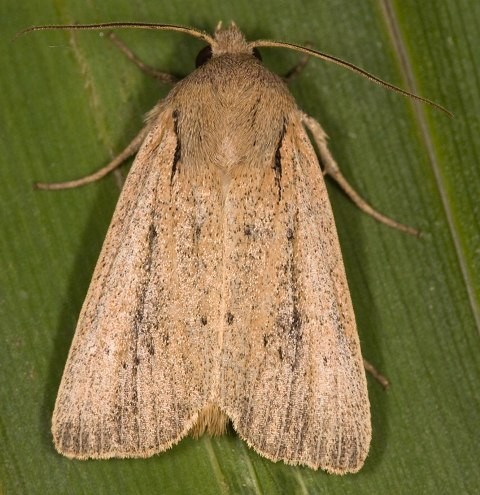 The RSPB are currently involved in some very large fen and reedbed restoration projects, especially in Cambridgeshire where much of the original habitat was destroyed long ago for the benefit of agriculture. The above survey also showed that recently restored reedbeds were just as species-rich as the original ones, giving these new projects great scope for increasing the range of many endangered moths.

Most of the best wetlands will be owned or managed either by the County Wildlife Trusts, The National Trust or the RSPB, so always make sure you obtain permission to run light traps if thinking of doing a nocturnal moth survey.

Timing and weather conditions are very important for successful night-time moth surveys in wetlands. Moth populations do not really get going till mid-May in these habitats, and ideally one is looking for a mild, still and, perhaps most importantly, overcast night on which to operate. Standing water will always have a chilling effect on the immediate surrounding areas and on clear nights there will be much higher dew levels underfoot and on the equipment. It is best to cover all electrical power supplies, control boxes and cable reels with plastic covers once you are set up. Supermarket plastic bags will do, but remember to take them away with you! Try to keep your traps a little higher than the wet ground, for example on a raided bank, boardwalk or bund. A visit to wetlands in late May could be rewarded with Oblique Carpet, Dark-barred Twin-spot Carpet, Nutmug, Flame Wainscot and a selection of common species such as Common Wave, Sallow Kitten, Pale Tussock, Ruby Tiger and Flame Shoulder. 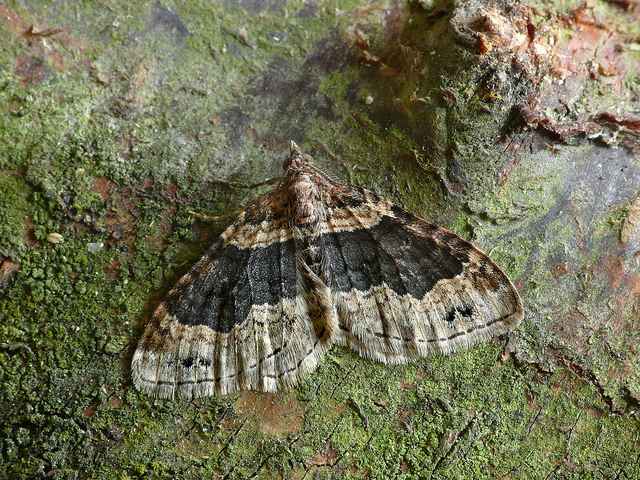 Once June is in, species levels increase weekly, and with the shorter, warmer nights activity really kicks off. Scarlet Tigers can be looked for during the day and can sometimes have spectacular emergences. Reed Leopard, Goat Moth, Water Ermine, Lesser Cream Wave, Brown Scallop, Obscure Wainscot, Shoulder-striped Wainscot, Reed Dagger, Silky Wainscot, Silver Hook, Silver Barred, Cream-bordered Green Pea, Gold Spot and Dotted Fanfoot can be expected depending on which site you visit. At the end of June the rare Marsh Carpet is best looked for at Lakenheath Fen. 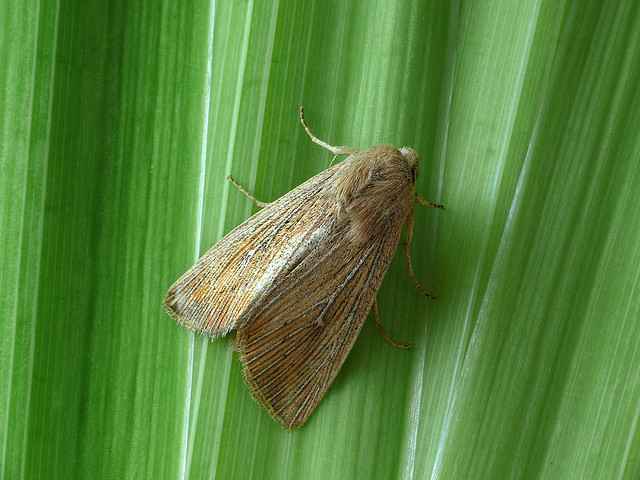 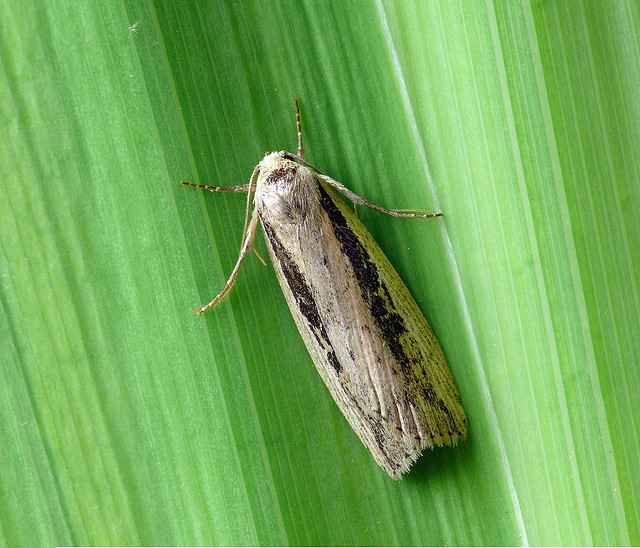 Many of the above continue to fly well into July and are joined on the wing by the occasional Lappet, especially in the vicinity of blackthorn or hawthorn . Other new species this month are Small Scallop, Dentated Pug, Slender Pug, Triple-spotted Pug, Dark Umber, Round-winged Muslin, Double Dart, Fen Square-spot, Striped Wainscot, Southern Wainscot, Minor Shoulder-knot, Double Lobed, Fen Wainscot, Small Rufous and Dark Spectacle. Look out for some of the larger pyralids, such as Beautiful, Small and Brown China-marks. 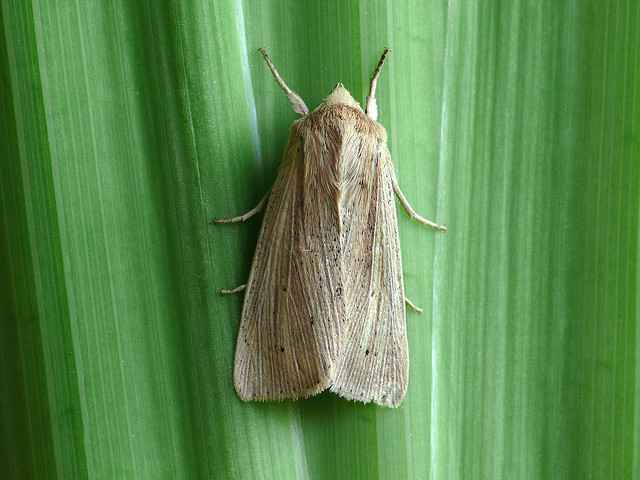 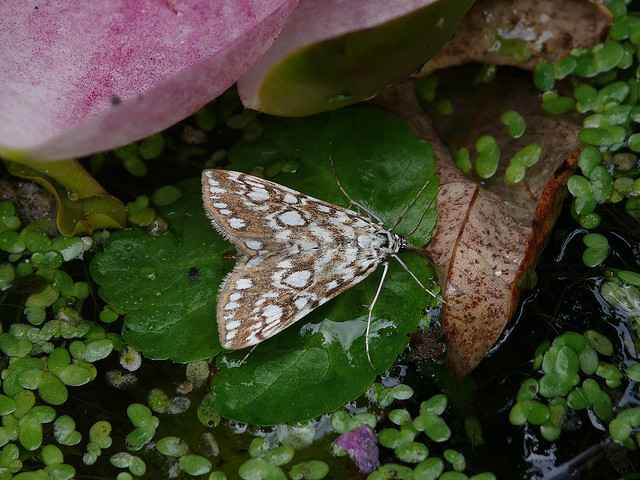 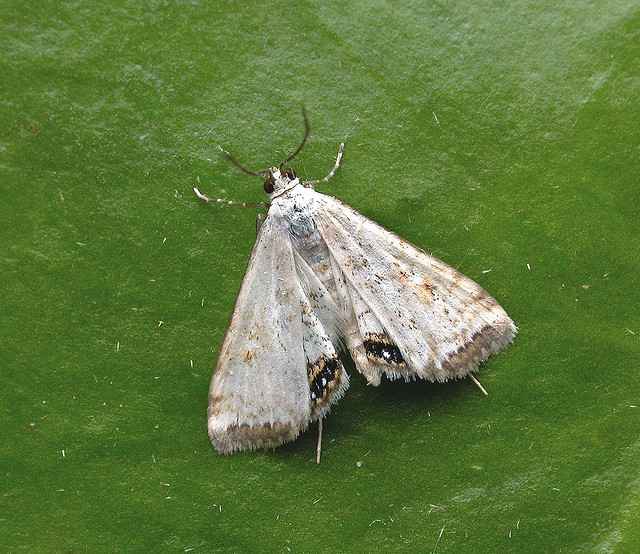 In the second half of July both the White-mantled Wainscot, Dotted and Small Dotted Footman can be looked for at certain East Anglian sites, while the Scarce Burnished Brass occurs very locally in Glamorgan and Hampshire. Garden Tiger, Double Kidney and Suspected can be expected more widely.

A whole fresh batch of moths come out in August and the longer nights mean they generally arrive at a more sociable hour. You will have to look carefully in the Norfolk Broads for Fenn's Wainscot. Other species occurring more generally are Mouse Moth, Old Lady, Crescent, Small Wainscot, Bullrush Wainscot, Twin-spotted Wainscot, Brown-veined Wainscot and Webb's Wainscot.

An 'Indian-summer' September can make for a worthwhile visit, with several of the above and many commoner moths still flying and with Large Wainscot the other new species at large.

Reading the above selections illustrates very well that one family in particular is very reliant on wetlands: the wainscots. Their lifestyles are very interesting and varied. Some species will have larvae feeding away during the depths of the British winter, deep inside the stems of bulrushes, reeds or sedges and totally unaware of the severe cold conditions outside — food for thought over your next Christmas dinner!