Last year's article on "Moths in special habitats: freshwater wetlands" highlighted a detailed selection of larger moth species to be found in reedbed and associated habitats, and provided a seasonal flight time calendar and a few suggestions of classic places to look. Following successful training courses held in East Anglia and the West Midlands over recent years, Jon Clifton and Dave Grundy are joining forces to run two special Wetland and Wainscots training courses in July 2012 at the nationally acclaimed nature reserve at Hickling Broad in east Norfolk. 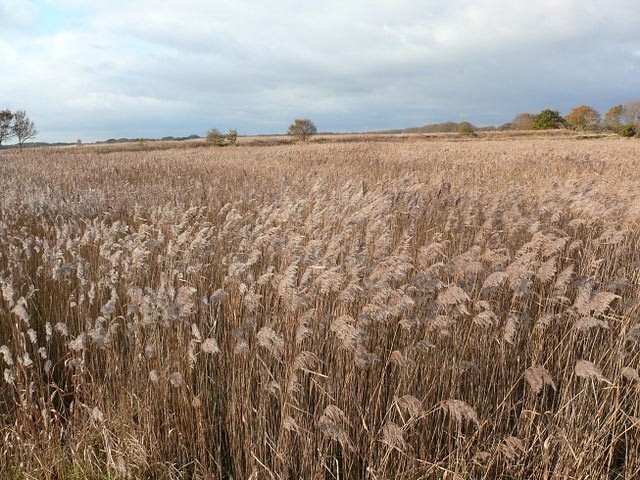 Jon and Dave are professional lepidopterists; both have many years' experience in moth and butterfly surveying, and boast experience of proven field techniques together with an in-depth knowledge of both macro and micro moths. Jon also worked on the successful RSPB/Natural England 'Countdown 2010: Bringing Reedbeds to Life Project' at Hickling Broad. The courses are aimed at people with intermediate abilities in identifying moths, who want to learn more about the species that may be found in this specialised habitat. However, any person with some degree of mothing experience would enjoy this course, which will aim to enhance participants' knowledge and provide an amazing insight into an otherwise hidden bonanza of rarely seen wetland moths. 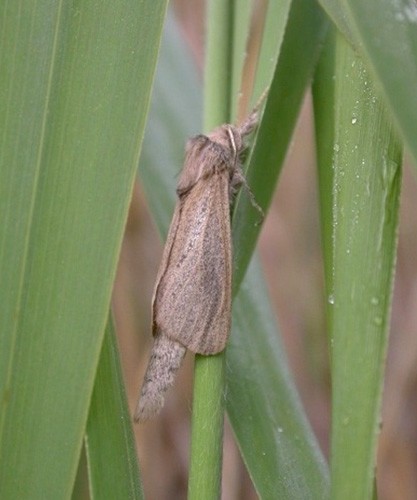 July is the best time of the year to look for wetland moths, as this is when the largest species selection is on the wing and night-time temperatures are generally at their highest. Hickling Broad is perhaps the most important single site in the vast East Anglian Broadland ecosystem; the nature reserve has great on-site facilities, thus delivering both the moths themselves and a safe and comfortable place to study them.

The training courses will be classroom-based, taking place during the daytime and enabling examination of live moth specimens that have been trapped overnight. Of course, the moths caught will be dependent on weather conditions but, if they are favourable, possible specialist reedbed species to be seen include Fenn's, Fen, Webb's, Silky, Brown-veined, Small and Southern Wainscots, Reed Dagger, Dotted and Small Dotted Footman, Reed Leopard, Crescent and Garden Tiger. Other possible species in the Broads at this time are Lesser Cream Wave, Small Scallop, Slender Pug, White Satin Moth, Round-winged Muslin, Dusky Sallow, Double Lobed, Small Rufous and Dotted Fan-foot.

Hickling's reedbeds are also home to good numbers of micros, especially several pyralids, which can include Chilo phragmitella and Donacaula forficella as well as the attractive Beautiful, Brown, Ringed and Small China Marks. 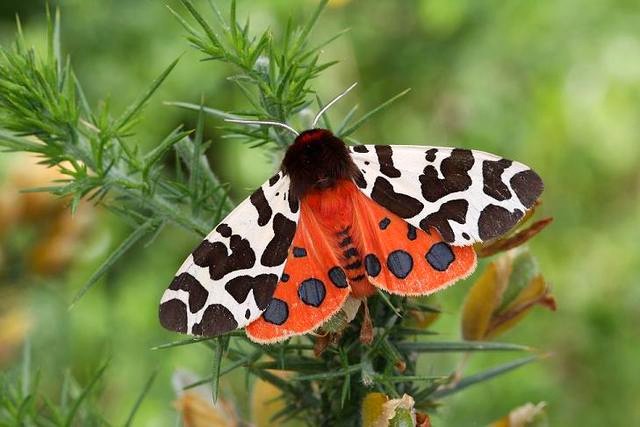 Garden Tiger — once widespread across many habitats, this declining species is still abundant in the Broadland reedbeds (Paul Bryant).

The two courses will be held on Sunday July 22nd and Tuesday July 24th 2012, both taking place between 10:00 and 16:00. During the morning there will be illustrated talks on wetland habitats, associated species and their identification with particular emphasis on the speciality wainscots and other species found at Hickling. During the afternoon, live moth specimens caught on the reserve the previous night will be available for identification by participants, with assistance and guidance from the two instructors. 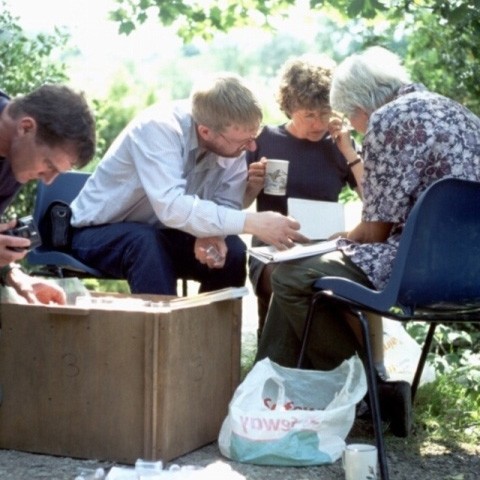 At the end of the course, there will be another opportunity for all participants to see and photograph the moths caught. The course will be based at the Hickling Broad NNR classroom, next to the visitor centre (grid reference TG428222). This is just off the A149, approximately four miles southeast of Stalham. It is clearly brown-signposted from Hickling village, with tourist signs onto Stubb Road; this eventually becomes a track into the nature reserve. The number of participants per course is limited, so booking is essential. Unfortunately it will not be possible for trainees to be on site when the moth-trapping operations are taking place overnight due to health and safety risks.

The attendance fee for the course is £25 per person. If trainees wish to purchase a moth trap or other equipment, this will be possible if they contact the organisers before the event. At the time of writing, the course for Sunday 22nd is nearly full but several places still remain for Tuesday 24th. Readers are welcome to book by emailing Dave Grundy.

Dave taught me the majority of my rather basic knowledge concerning micro-moth identification, and Jon has confirmed many rare British moths by careful laboratory examination. Both run other moth training courses in different habitats at various times of year across England and Wales, and would be pleased to supply their future schedules. I have personally spent a night mothing at Hickling in late July, and was almost overwhelmed by the numbers and variety of moths coming to light. I am sure these courses will be a great success and highly informative.