The Rannoch Sprawler Brachionycha nubeculosa is a large and powerful-looking noctuid moth which occurs in two forms: a darker grey eastern, or Speyside, form and a paler, reddish western, or Rannoch, form. Not surprisingly, the first British specimen of the moth was taken at Rannoch in the spring of 1854 and this Red-Data species is currently known from four distinct populations in the highlands of Scotland: the Rannoch area and the Glens Affric and Moriston, both west of the A9, and near Braemar and on Speyside, either side of the Cairngorm ridge. For the last decade both resident and visiting moth-ers have had little trouble in recording the darker form on Speyside, especially in the area around Insh Marshes. 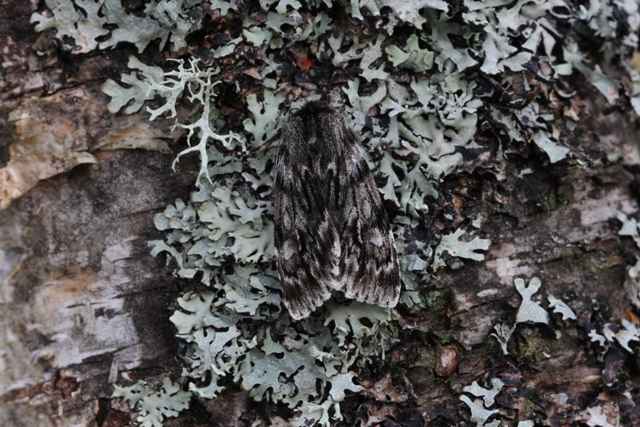 Butterfly Conservation commissioned survey work in 2010 on rare moths in the Rannoch area, as part of the Moths Count project funded by the Heritage Lottery Fund and other partner organisations. There were only a handful of historical records for the reddish form of Rannoch Sprawler, from sites just north and south of the eastern part of Loch Rannoch. It was time to see whether the moth still occurred there and in what numbers. Butterfly Conservation funded the daytime habitat survey in 2010, where the primary aim was to see where the best habitat of mature stands of birch were. Andrew Masterman undertook the planning and organisation of this survey and was helped by several volunteers.

The flight period of the moth is from March to mid-April, when the adults can be caught using light traps or by searching large crevices on the south side of the trunks of large birch trees during the day. Waring & Townsend suggests it can take as long as six hours to find one Rannoch Sprawler using this daytime search method. Daytime searches for adult moths on the south sides of the trunks of large birch trees were unsuccessful in 2010. This type of searching requires great patience and perseverance and, having done some myself, I can vouch that you can very quickly become pop-eyed if not careful. In the case of Rannoch Sprawler, using a light trap is a much more efficient method than daytime searches of birch trunks. It was decided that light-trapping would be the method employed in 2011 to confirm the adult moths' presence in areas of suitable habitat identified in 2010. The habitat of the Rannoch Sprawler is mature, open birch woodland with large trees. It was thought that both downy and silver birch were equally important in supporting the moth, but both some historical and recent evidence suggest it is primarily the silver birch. 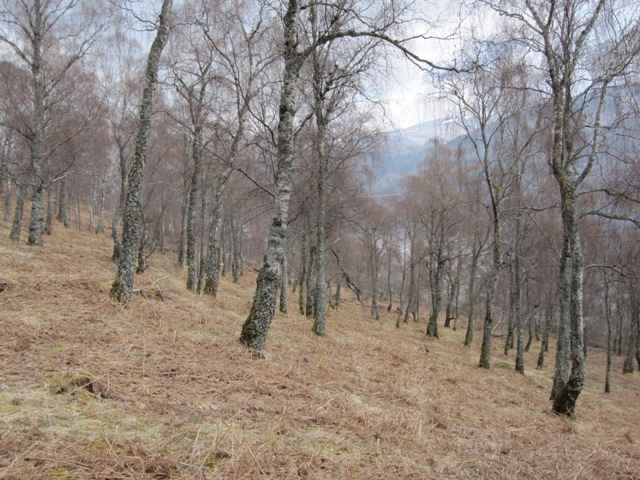 If you inspect the silver birch trunks close up, you can find the large crevices in which the moths hide by day and feed on tree sap. Permission to use light traps in the areas on the north side of Loch Rannoch was obtained and this year's night-time survey was announced in February and volunteers were invited to take part. Trapping took place on four nights between 21st and 28th March 2011, when Heath traps were randomly placed at a total of 19 different points within suitable habitat and Rannoch Sprawlers were found at 12 of these. A total of 33 moths were caught in seven different 1-km squares, five of which were totally new squares for the species. 17 individuals were caught in just two traps on 28th March, suggesting that Rannoch Sprawler is very numerous at some sites around Loch Rannoch. Most success was at sites with large mature silver birch, and indeed at two sites dominated by downy and silver birch the moth was either elusive or possibly absent. Overall, there are certainly large areas of suitable habitat for the moth around Loch Rannoch, supporting large populations of the moth, which is shown by the large trap totals at some sites. 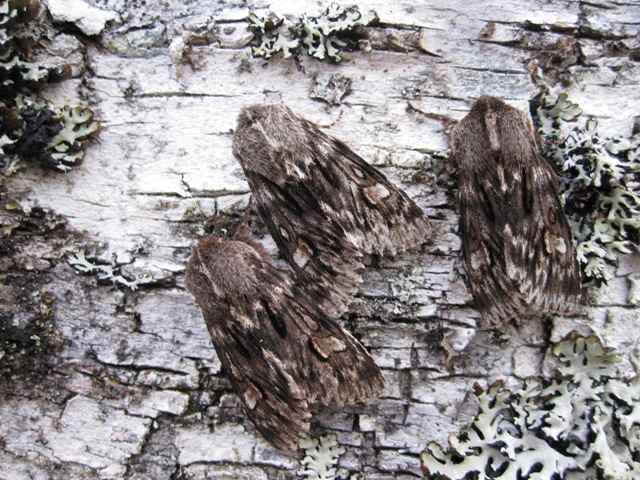 By comparison, 12 of the grey morph of Rannoch Sprawler were recorded at five light traps on the night of the 9th April 2011 at Insh Marshes RSPB, Inverness-shire.

The above survey is a fine example of how volunteers, with support from a national conservation body, can undertake an important status review of a key indicator species within a prime natural habitat. I would like to thank Andrew Masterman for granting permission for the use of most of the information and two images contained in this article. For further information about this and other surveys of the moths of Rannoch taking place in 2011, contact Andrew via email or see the Glasgow and Southwest Scotland Butterflies Branch website for further details.