For the second year in a row a very cold mid-winter period was followed by a dry spring and, in March this year, above-average night-time temperatures produced a fantastic 'first flush' of early spring moths. The mild spell began in earnest on 11th and really picked up on 21st, and throughout much of the month the longer, gloriously sunny days provided excellent conditions for day-flying Lepidoptera.

This is the month of the Orthosias, which include the quakers, drabs, Hebrew Character and the attractive Blossom Underwing. Take a close look at a fresh Small Quaker to see how intricately marked they are. 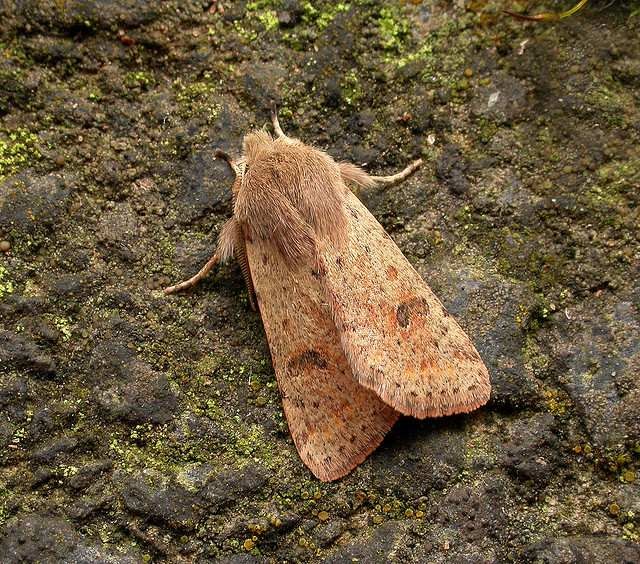 These noctuids appear to synchronise their main emergence with the Sallow blossom bloom, as this is their main source of food. This year, the Common Quaker in particular has had an incredible showing, with many moth-ers recording numbers not seen in the last 20 years. My own garden's seven-year high was 78 until the night of the 22nd, when that was blown out of the water by a whopping 149 here in suburban Worcester. 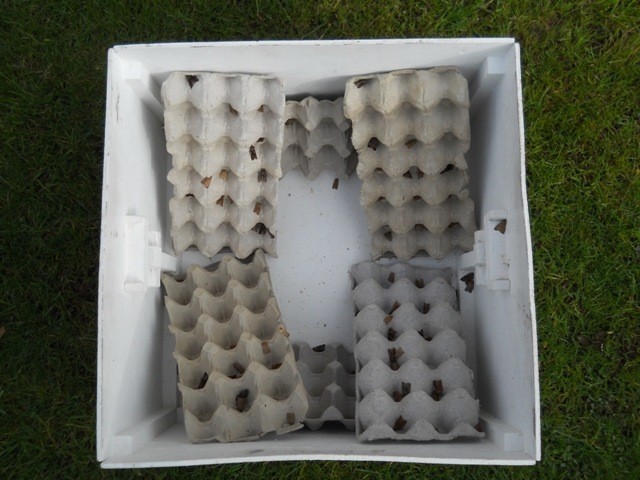 Even before this, Glynne Evans reported that he had had a staggering single-trap catch of 5,000 at Mottisford, Hampshire on the 16th. Both Small Quaker and Clouded Drab have also had a great showing. Once again, the variation shown by the latter species can baffle many an experienced moth-er, with some pale forms even resembling Twin-spotted Quakers, so caution and study is needed. A truly red form of Clouded Drab is more widespread in the Scottish Highlands but can turn up further south, such as this example from a Northumberland garden: 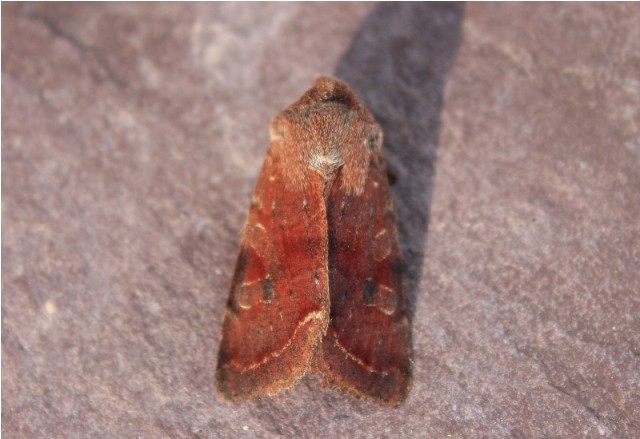 Shoulder Stripe has had a good season and White-marked has been widely reported and appears to be extending its range slightly further north in Yorkshire. Several wandering Red Sword-grass were recorded in gardens away from their true forest/moorland habitat. 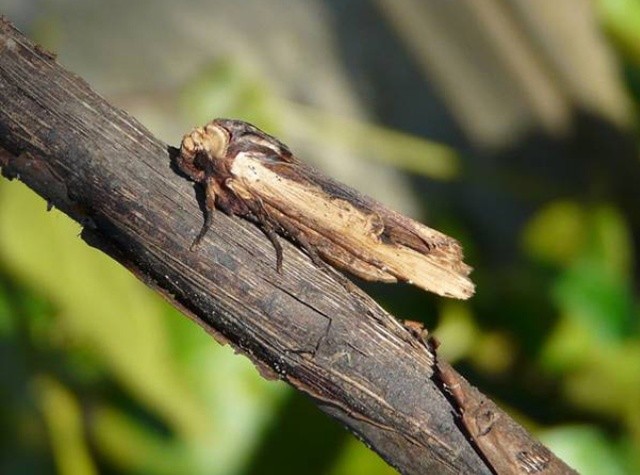 Calm, sunny days in March mean 'Orange Underwings'. The Orange Underwing was out early in Worcestershire, on the 8th, and by the fourth week both species were being seen in good numbers across the southern half of England. At some woodland sites containing both mature aspen and birch, it seemed that the rarer Light Orange Underwing was in the majority. The dry weather also meant that many individual moths were coming down to damp patches on woodland paths to take up moisture and minerals.

As well as large numbers of moths, this spring has seen some very early emergence dates of what are normally considered April moths, some of which have been earliest county records ever. The best of these included a Barred Umber at Silverdale (Lancs) on 11th, a Muslin Moth in Somerset on 15th, the first Belted Beauty in Lancashire on 18th and a Streamer in Hampshire on the 22nd. 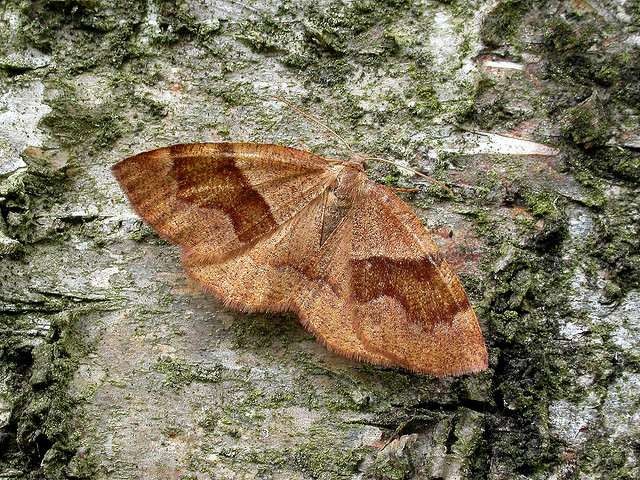 The night of 25th saw both Lunar Marbled Brown and Pebble Prominent at Wiveliscombe and Green Pug at Weston-super-Mare, both in Somerset, a Small Waved Umber at Rhoose Point (Glamorgan) and a Balsam Carpet near Mottisford (Hants). The next night, a Scorched Carpet was at Alderholt, a Shuttle-shaped Dart at Durlston and a Knot-grass at Broadwey, all in Dorset. A V-Pug was at Ellenbrook (Lancs) and a Vine's Rustic was at Weston-super-Mare, both on the 29th. 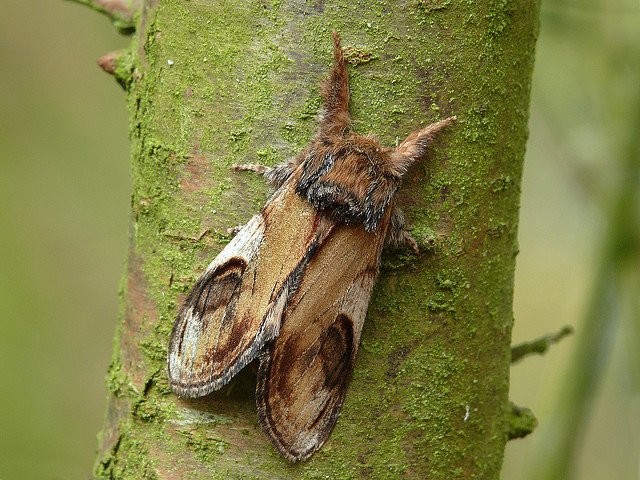 Although not at all early, a wandering Barred Tooth-striped at Portland Bird Observatory (Dorset) on 28th was the first site record.

Last month's mini-influx of early migrants subsided a little, but did include several Hummingbird Hawkmoths, Dark Sword-grass and Silver Y. A very early Splendid Brocade was on Alderney on 17th, followed by a migrant Blossom Underwing there on 24th and an Eastern Nycteoline on 28th. The island has seen several records of this species in recent years and local recorders think this is helped by the lack of the similar Oak Nycteoline, which enables them to get onto the migrant more readily than moth-ers on the British mainland. One or two Diamond-back Moths and Rush Veneers also arrived at the end of the month. 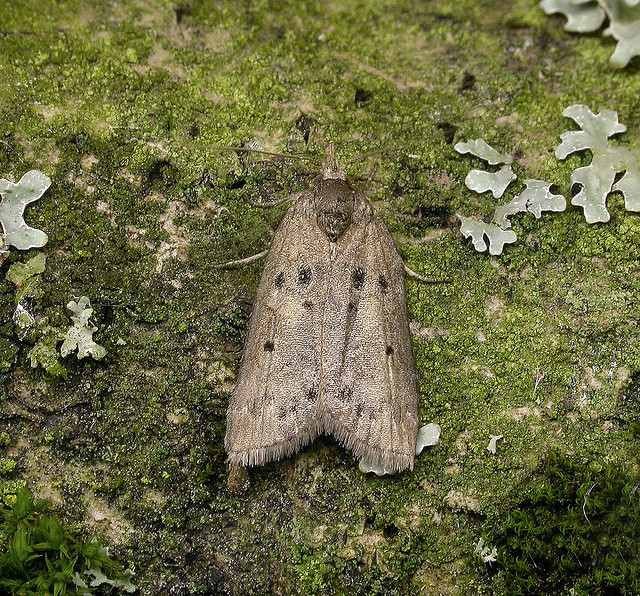 Interesting micros were, as one would expect, in short supply so early in the season, but included the Apple Leaf Miner Lyonetia clerkella (263) well north in Co Durham on 24th and a Caloptilia cuclipennella (280) at Torpoint (Cornwall). Examples of Caloptilia falconipennellla (289) were identified in Glamorgan on 22nd and at Whetstone (Leics) on 27th and were both vice-county firsts. Careful scrutiny of micro moths can be very rewarding as many are under-recorded and what may appear at first glance to be a small and insignificant moth could be an important local or even national record. 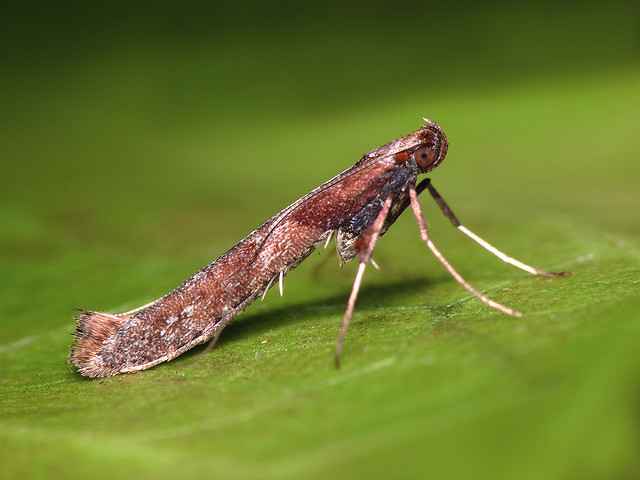 Peacock butterflies, Comma, Red Admiral, Small Tortoiseshell and Brimstone were widely reported and early-emerging Green Hairstreaks were at Port Talbot Mountain (Glamorgan) and Orange-tip at Crewkerne (Somerset), both on 24th. A Holly Blue was at Arundel (West Sussex) on 20th. Small numbers of Painted Ladies were seen, mainly in southern England, and a Camberwell Beauty was at Rainham Marshes (London) on 18th. The first Large Tortoiseshell of the year came out of hibernation on Alderney on 22nd.