Eleonora's Falcon (Falco eleonorae) is mainly insectivorous outside the breeding season, which is very late (from July to October) as an adaptation to coincide with autumn bird migration. At this time both adults and chicks consume migrating birds (mainly passerines but also small non-passerines like Eurasian Hoopoe and swifts) that are moving south through the Mediterranean islands and Atlantic coast towards their sub-Saharan wintering grounds. 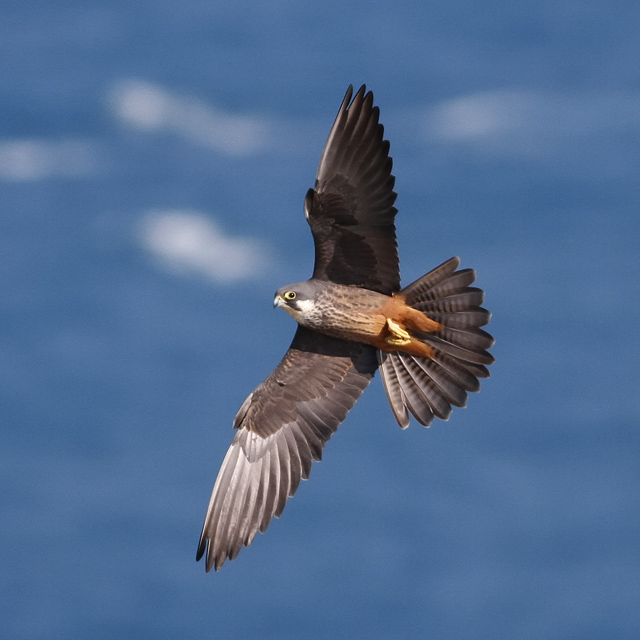 Eleonora's Falcon is a beautiful and elegant species of the Mediterranean Basin, but it also exposes its prey to some of the most savage hunting methods ever documented among birds of prey in the region (Photo: Russell Hayes)

During a fieldwork study in the framework of PIM-Initiative in 2014, Qninba et al. recorded an unusual predation behaviour by this falcon in the Mogador archipelago, off the city of Essaouira on Morocco's Atlantic coast. The authors remarked that Eleonora's Falcons kept some of their captured prey alive. To do this, the falcons would keep or 'imprison' some small birds in a relatively deep cavity or rock fissure.

To ensure that their prey could not escape, the falcons would either pull out all flight (both wing and tail) feathers before placing them in the fissures, or alternatively by keeping them 'trapped' in a tight and deep hole which renders them able to move neither their wings nor their hanging legs. 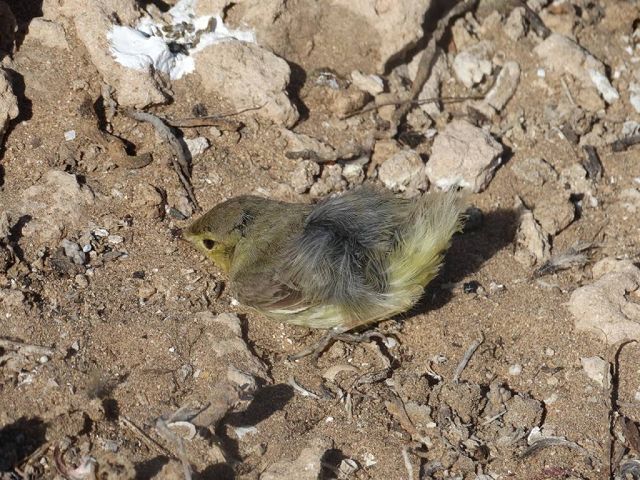 Melodious Warbler stored at the bottom of a crevice after its wing and tail feathers were pulled out, Mogador island, Morocco, September 2014 (Photo: Abdeljebbar Qninba) 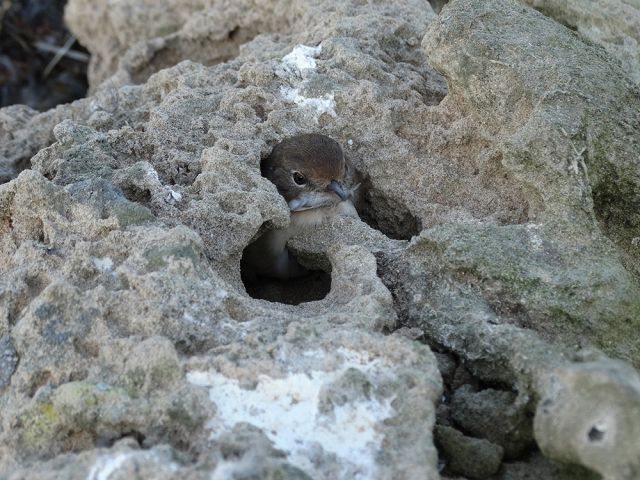 The authors reported also that this behaviour can occur even before the eggs hatch, and was already well known to a local fisherman who has regularly stayed on the archipelago for decades.

The authors interpreted this behaviour, hitherto unknown for this falcon or any other raptor, as a form of food storage behaviour. They wrote: "Keeping prey alive, one or two days (the precise period not yet known), may allow the falcon to have a fresh food on the right moment, because the dead prey brought to the nest and untouched can no longer be consumed as it dries out too quickly."