The BTO today thanked the 2,700 volunteer ringers who contributed to a record total of over one million birds ringed in Britain & Ireland in 2010 — the first time the million mark has been reached in a single year.

Staff at the BTO's ringing office today [16th March] announced the record-breaking figure of 1,047,092, which beats the previous record of 935,904 birds ringed in 2009. Two birds are competing for the title of the millionth bird ringed in 2010, as both were ringed at 2.00pm on 5th December: a Yellowhammer ringed near Collieston (Aberdeenshire) by the Grampian Ringing Group, and a Coal Tit ringed near Raglan (Gwent).

Yellowhammer L434681 was ringed as part of a project looking at movements of farmland birds. This farmland specialist has declined by 53% over the last 25 years, qualifying it for Red-listing as a bird of conservation concern.

Dr Gavin Siriwardena, Head of Land-use Research at the BTO, commented: "Many of our farmland birds have declined because of poor over-winter survival, a fact that we only know from analyses of ringing data. This information has been vital for the design of agri-environment schemes to promote their recovery. It is also crucial that we understand where 'our' birds go in the winter, if we are to work out how to promote management that helps them. Ringing gives unique insights into the lives of British birds."

The Coal Tit, L699732 ringed by David Proll, was one of 57,000 birds ringed in Wales during 2010 and forms an important part of biodiversity monitoring in Wales. Since 1995, Wales has lost almost a fifth of its breeding Coal Tits, with other Welsh woodland specialists following suit. 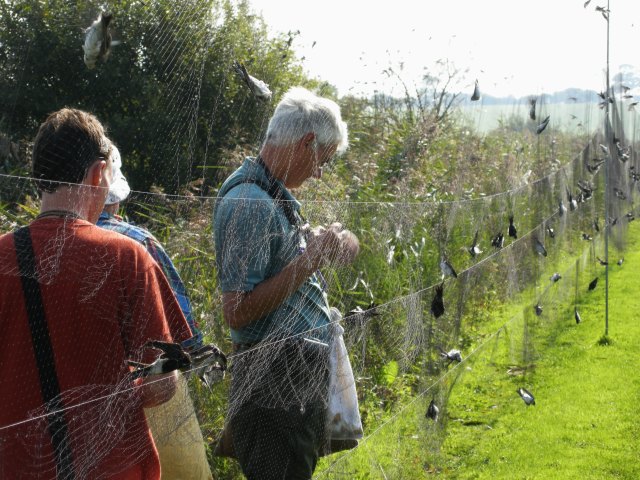 Despite ringing large numbers of House Martins, as here at a migration site in Sussex, the number of recoveries in Africa is still very low indeed (photo: Nigel Clark).

The full ringing totals are available in the online ringing report where they are broken down by country and county. The top 10 species ringed in 2010 are a mix of common garden birds and some long-distance migrants. 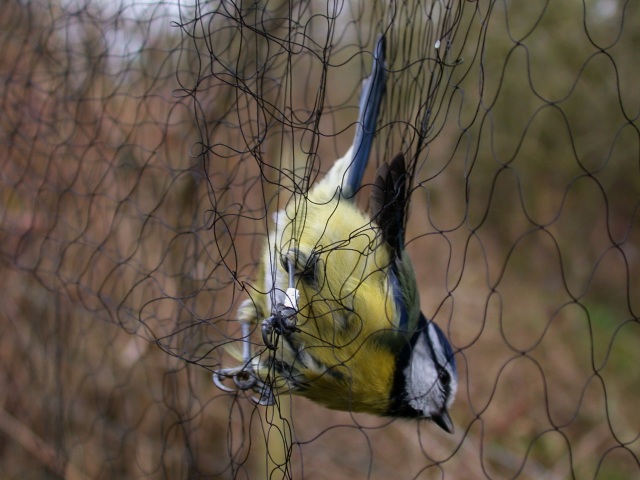 Their garden habits and penchant for nestboxes made Blue Tit the most ringed bird in 2010 (photo: Mark Grantham).

The ringing of nestling birds is even more useful, as these are of known age and origin. Whilst the top 10 looks similar to the main totals, it's an interesting mix of nestbox species and colonial-nesting seabirds. 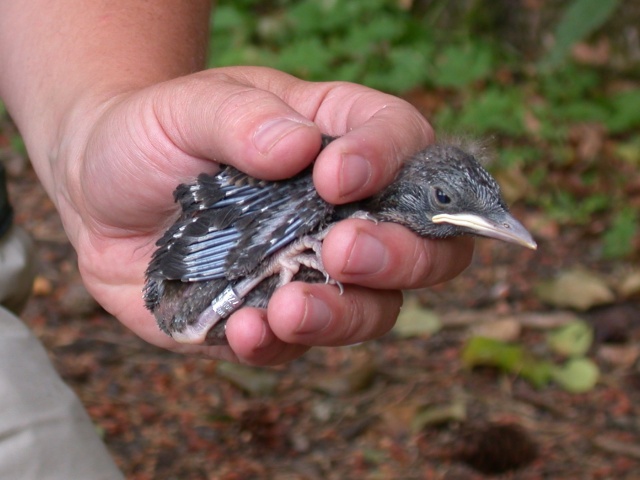 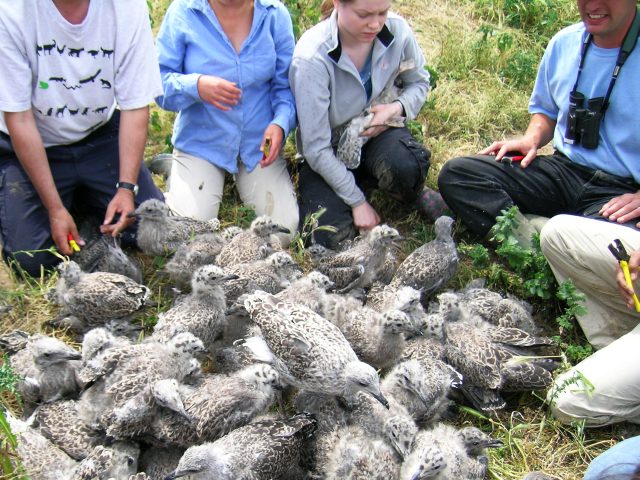 Colonial nesting seabirds give the chance to ring large numbers of birds in one trip, such as these Herring and Lesser Black-backed Gulls (photo: Mark Grantham).

Dr Rob Robinson, Principal Ecologist at the BTO, said: "Ringing birds remains one of the most important tools for conservation that we have, since it allows us to track the health of our common bird populations and understand why they are changing. Volunteer ringers are out again in 2011 and will continue to monitor the ups and downs of Britain's bird populations." 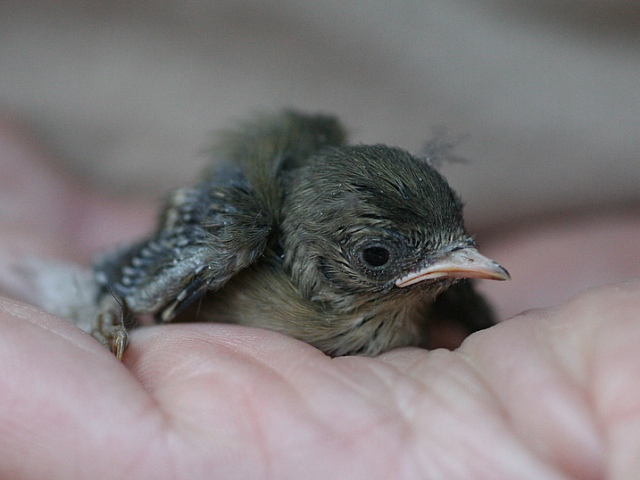 Ringing is key in helping us understand movements and survival during particularly hard winters, as for this young Goldcrest (photo: Mark Grantham).

Jacquie Clark, Head of the Ringing Scheme, commented: "Everyone can help in this effort by checking any dead birds they find for rings. Every bird found provides an important piece of information that helps us understand how our bird populations are changing." Any ringed birds found can be reported online at www.ring.ac.

Deborah Procter, JNCC's Senior Monitoring Ecologist, concluded: "Putting the detailed work done by dedicated ringers alongside the massive amount of data that comes from other bird recording schemes, means we have a great combined resource to use. As we try to understand what environmental factors are driving the observed changes in distribution and numbers of a wide range of bird species, it's the detail that counts."

Anyone finding a ringed or colour-ringed bird should report it online at www.ring.ac.