Results from satellite trackers fitted to Pallid Swifts at a colony in Gibraltar have recently been published in a paper in PLoS ONE.

Tags were attached to a total of 22 individual swifts over the two years of study (2018 and 2019). Ten of these were successfully retrieved, with one individual recovered in both years of study. 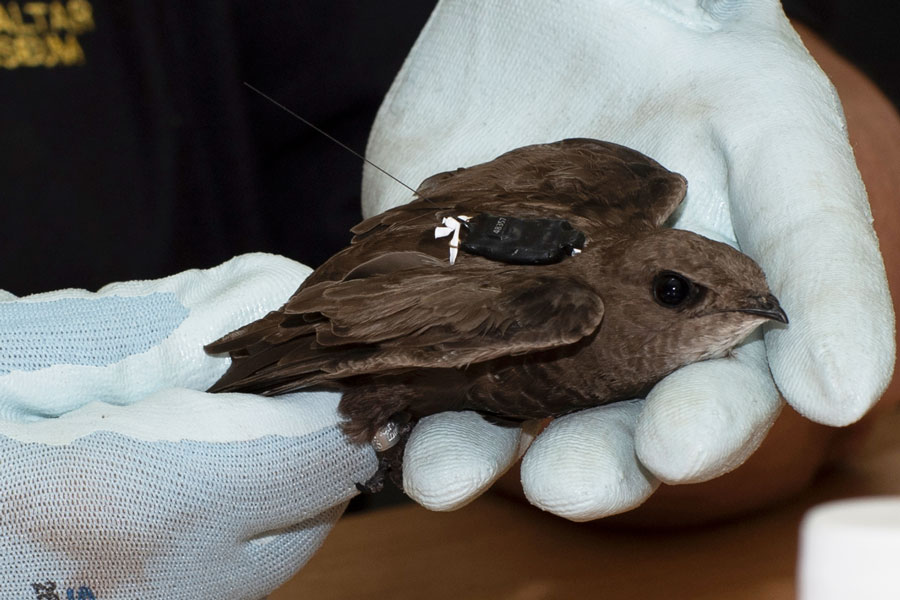 A Pallid Swift is fitted with a GPS tag and harness (Finlayson et al).

The data revealed that Pallid Swifts from the colony spend their annual cycle in several well defined areas. After leaving the breeding colony in mid-August and crossing the Sahara Desert, birds spend this period until early November (roughly 2.5 months) in the Sahel zone.

From there, swifts spent about one month in the Sudanian savannah zone (between 10° and 15° N), followed by around four months in the Guinea forest zone, between 0° and 10° N. The sole Pallid Swift that was tracked over both study years appeared to show remarkable consistency in the areas visited, and the timing of its movements between years.

Although there appears to be a strict adherence to specific latitude bands at specific times of the annual cycle, the results suggested that birds will move widely on a longitudinal basis.

In addition, migration over the Sahara Desert to and from breeding grounds appears to be remarkably fast, with one individual crossing it in just over a day.

Furthermore, two Pallid Swifts tracked over the entire eight-month non-breeding period, while in Africa, gave no indication of coming to land, supporting previous findings of an airborne existence in swifts outside the breeding season.

The full paper is open access and can be found here. 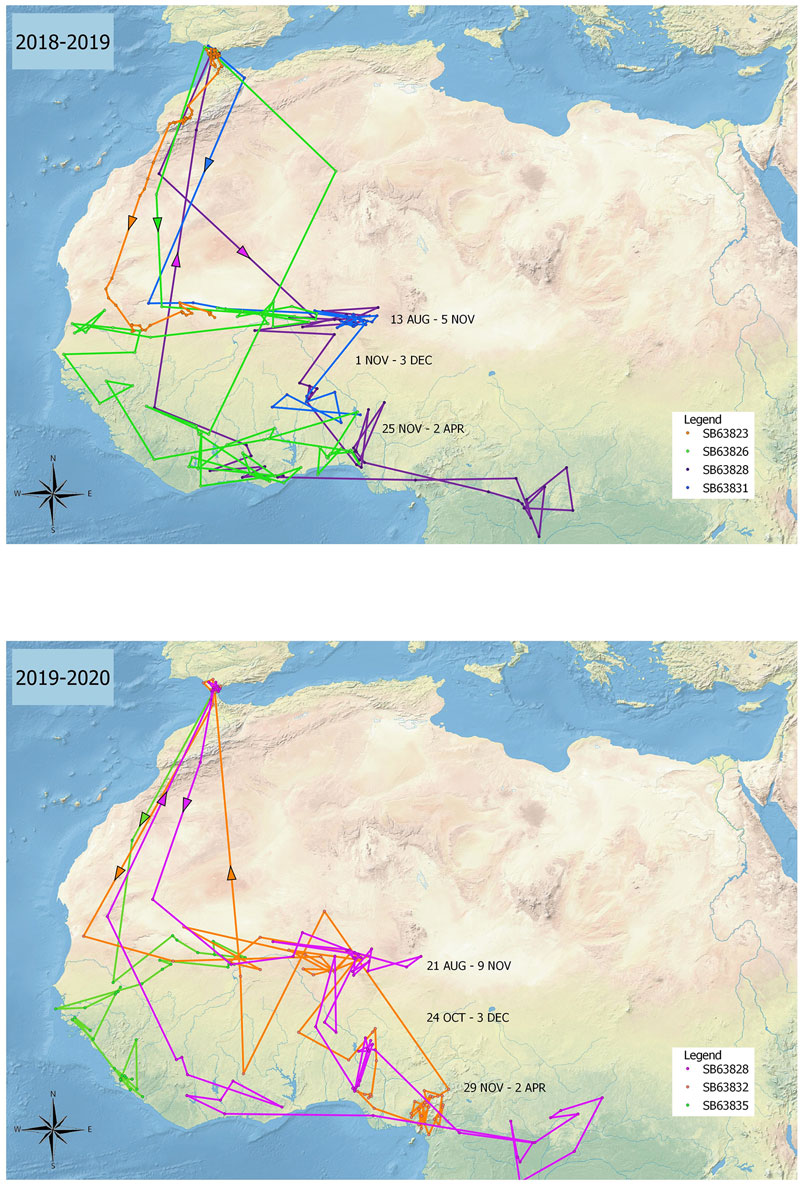 Tracks of routes taken by Pallid Swifts from the Gibraltar National Museum breeding colony in 2018-19 (four birds) and 2019-20 (three birds). Arrows indicate direction of crossing of the Sahara Desert. Dates indicate limits of time periods spent in the Sahel, Sudanian and Guinea zones.