A new US-based study has demonstrated the extent to which microplastics are now found within the environment.

Tree Swallows were collected from nine locations along three drainages in the Milwaukee area and at a remote lake in Wisconsin, and consisted of nestlings not yet fledged. The other five species were adult migratory bird fatalities from window strikes at the Loyola University Chicago's Lake Shore Campus in Illinois. 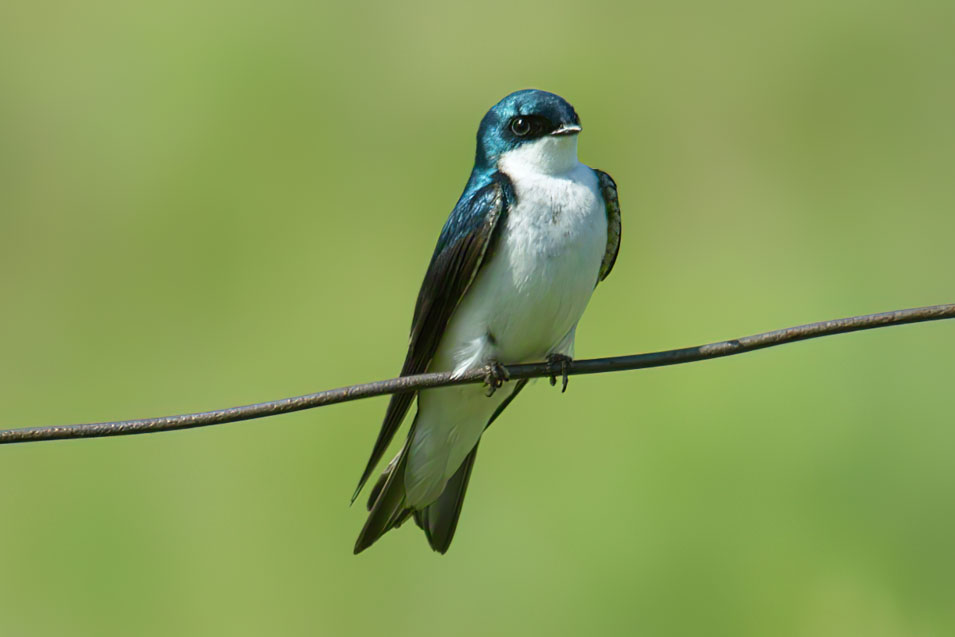 Tree Swallow was one of six species studied, with all found to contain microplastics (Derek Moore).

The results showed that the lower GI tracts of all bird species analysed contained different types of microplastics, including fibres (the most dominant type), fragments and beads (least dominant). While microplastics have been found in Tree Swallows before, it is the first time they have been discovered in the other five species.

The types of plastics found in the birds' GI tracts were polyethylene, polyethylene terephthalate, nylon, and acrylic and polyvinyl base materials. These are the most common synthetic polymers that are used for making plastic products and also the most numerous within the natural environment.

Given the presence of microplastics in nestling Tree Swallows, the researchers suggest that they are reaching them via trophic transfer, when the hirundines' aquatic insect prey is contaminated and fed to youngsters.

Microplastic concentrations were found to be three times higher in adult migratory birds than the nestling Tree Swallows. This is because the other five species feed in terrestrial habitats, picking invertebrate prey from ground level – something evidenced by the presence of rock and sand particles in their GI tracts. Microplastics may have been consumed in a variety of ways: via trophic transfer, the accidental direct consumption of microplastics from the environment, or inadvertently while drinking from water sources.

The concentrations of microplastics found in songbirds were comparable to those found previously in birds of prey, the researchers said. While there was no statistically significant difference in the concentration of microplastics found in the five studied species, the researchers revealed that Hermit Thrush had the highest aggegation, with Ovenbird the lowest.

The implications of these findings are currently unknown, but given that the presence of microplastics in birds' GI tracts has been proven to have negative health implications in other species, such as lessening the body condition of seabirds, there are likely to be potential risks associated with such contamination in small birds too.