It's not easy being a conscientious birder these days or, indeed, someone concerned about the state of the natural world. From habitat loss to climate change, HS2 to everyday disturbance, it seems there are just too many threats to our wildlife and wild places to know where to start, and this is amplified through seemingly daily stories of persecution and disturbance to a level which can seem overwhelming.

We were all rightly appalled by the callous destruction of the Llyn Brenig Western Osprey nest recently. Then there's the annual heart-breaking photos of Kittiwakes trapped in anti-bird netting and, while perhaps not on the same scale, I've no doubt almost every birder reading this will have at some point witnessed some form of reckless or criminal behaviour while out in the field.

I recently had the unpleasant experience of watching a dog kill a deer on my local patch and have found myself having to engage with several dog walkers who've allowed their pets to stray well off paths and in some instances chase birds. That particular problem seems to have got considerably worse since this most recent lockdown, and I know from talking to friends and from social media that it's not just a local issue. The statistics speak for themselves, with more than three million extra households in the UK acquiring a new pet since the start of the pandemic. It’s little wonder our timelines are full of photos and videos of dogs off lead wreaking havoc on nature reserves. 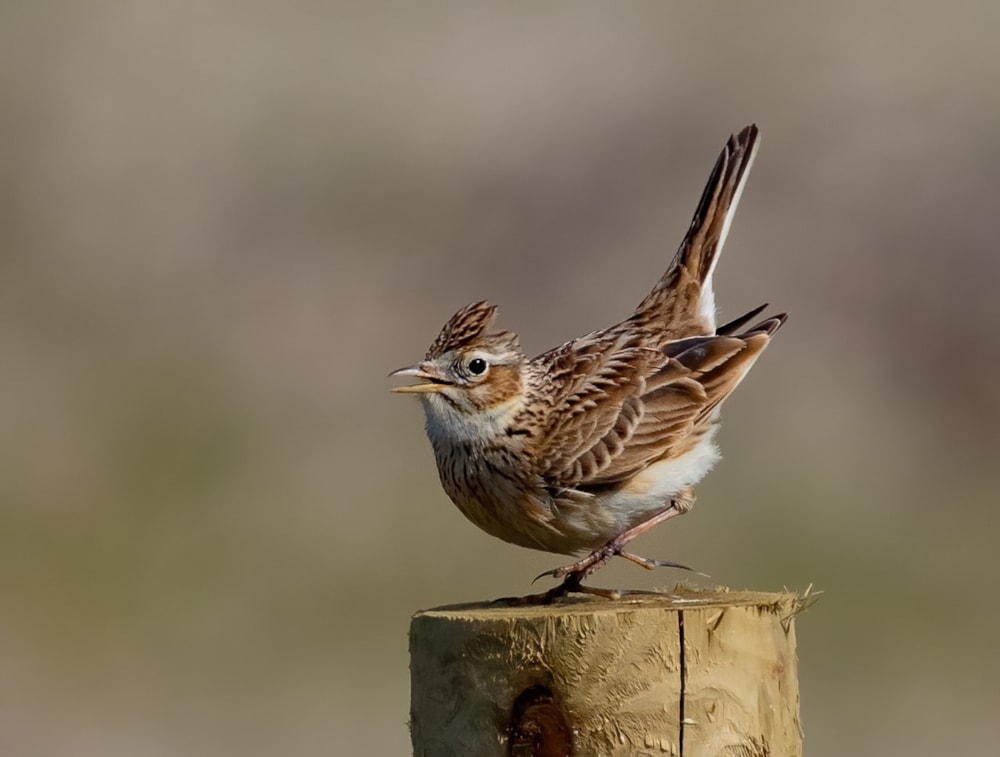 It can be easy to feel angry and frustrated when you witness ground-nesting birds, such as Eurasian Skylark, being disturbed by uncontrolled dogs. But people won't engage with an issue if we come across as confrontational (Neil Hilton).

A couple of winters ago I photographed some kayakers paddling their way straight across my patch (an SSSI and SPA) when it was flooded, flushing hundreds of wintering wildfowl in the process. I was so angry I immediately posted the photos in a local Facebook group, hoping to name and shame the perpetrators. It spectacularly backfired and I became the recipient of an unpleasant tirade of comments.

We get angry because we care and to feel enraged is a perfectly understandable reaction but sending an irate tweet, or even verbalising your anger at someone who doesn't realise they've done anything wrong, is rarely the best tactic. One thing I've learned from the kayak incident and through my involvement in environmental activism in the past few years is that people rarely, if ever, change their behaviour because someone gets angry at them.

Everything has become so tribal now: Brexit, vaccines and climate change to name just three. It seems like you must pick one side or the other. We can't allow the protection of our habitats and wildlife to become dominated by factional mudslinging, too. There’s far too much at stake. Tribalism and angry words just lead to more contempt and resentment. It's not easy, but we need to be the ones to take the lead and try to bring about positive change.

Contact landowners and local authorities about signage, interpretation boards and fencing, talk to dog walkers about ground-nesting birds or maybe even set up a local wildlife group. You might be surprised how many people get involved! While it's easy and understandable to let anger and negativity dominate your thinking about birds and nature in general, it's so important and better for everyone involved to get active and try to make the changes you want to see a reality.