Male songbirds do not only have to attract the attention of females, but also make sure their sperm can last the distance, according to new research.

In the study, published today in the Royal Society journal Biology Letters, a team of scientists led by Dr Kate Durrant from the School of Life Sciences at the University of Nottingham looked at how evolution shapes the plumage and the sperm cells of songbird species so that they mate successfully and pass on their genes. 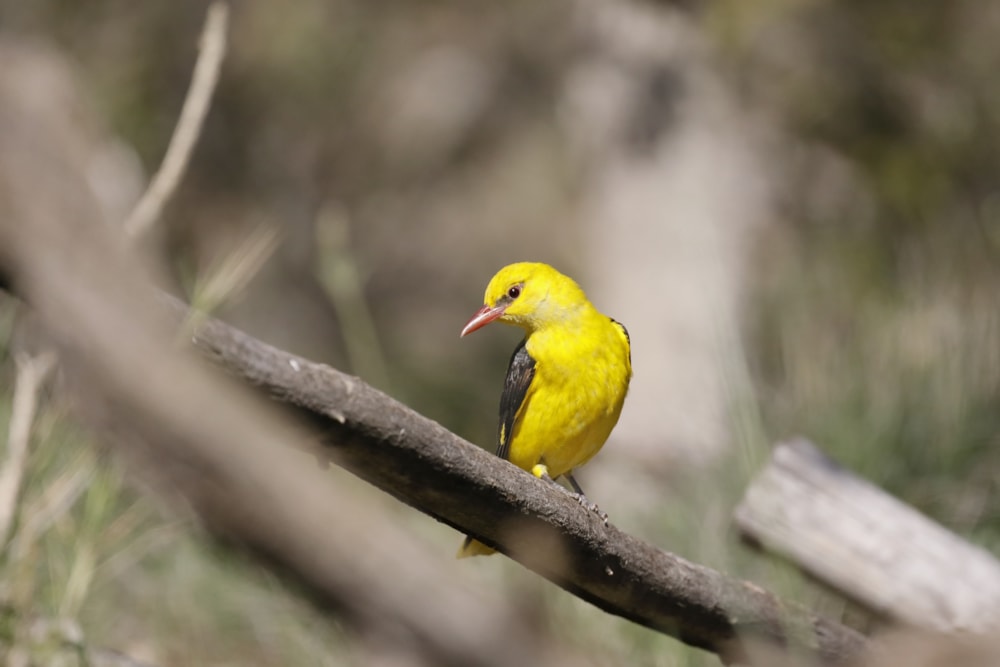 The bright colours of a male Golden Oriole aren't everything to a female; sperm quality matters too (Colin Bradshaw).

Previous studies have focused on a bird’s appearance alone, but this is the first study that has looked at this together with the shape of the sperm, to understand if intense competition shapes both plumage (to compete before mating) and the sperm (to compete after mating).

The team looked at 278 species of songbird from around the world and a combination of data on their plumage and the shape of their sperm, to see how they have evolved to ensure successful mating. The eye-catching plumage of some male songbirds has long been explained as a result of sexual selection: brighter males compete more successfully for mates, and leave more offspring, so evolution favours them. Female birds, by contrast, remain drab, because for them it is more important to be camouflaged on the nest.

How much competition for mates a male songbird faces varies between species, and depends on factors such as the number of available females, how dense the population is, and other things such as the structure of the vegetation they are in. Dr Durrant said: "The intensity of sexual selection varies between species. If mate competition is really strong, not only are males really colourful and attractive, but they also need to have the best sperm too if they are going to compete."

The 'midpiece' in the bird's sperm produces energy-containing molecules, called ATP, to power movement. Previously, experts thought that if the sperm had a large midpiece, it produced a lot of ATP, and the sperm 'swam' really quickly and got to the egg first. While this is true in some species, it is not always the case and it is more likely that a large midpiece allows the sperm to last longer, rather than swim faster.

Data on plumage from previous studies were used, together with data on the shape of sperm, for 278 species of song birds. The team found that males from species with more elaborate and colourful plumage, had longer sperm midpieces, which allows the sperm to last for a long time after the male mates with the female, who then stores it for when she is ready to release an egg.

"In a really competitive environment, lots of males are competing with each other for the female's attention, and there can be a high number that mate with the same female, and this is where sperm and how long it lasts is really important," said Dr Durrant.

"If a female bird mates with a number of males, she will keep the sperm until she is ready to release an egg. At this point, long-lived sperm can reactivate and fertilise the egg. So, it is not enough to be colourful, you have to have the total package and produce sperm that can last. What we are seeing is what evolution has done to these species to solve the problem of competing for mates."