An area of great importance to millions of seabirds has been identified in the North Atlantic, with focus now being aimed towards its designation as a protected area.

By using a combination of tracking, phenology and tracking data, researchers mapped the abundance and diversity of 21 seabird species.

This revealed a major hot-spot associated with a discrete area of the subpolar frontal zone, which the researchers estimate supports up to 5 million seabirds from 56 colonies, situated in 16 different countries.

The hot-spot extends from 41 to 53˚N and 32 to 42˚W and is approximately 595,000 km2. The area is bounded in the north by the Charlie-Gibbs Fracture Zone, to the west by the Flemish Cap and the Grand Banks of Newfoundland, to the east by the Mid-Atlantic Ridge and to the south by the Azores. 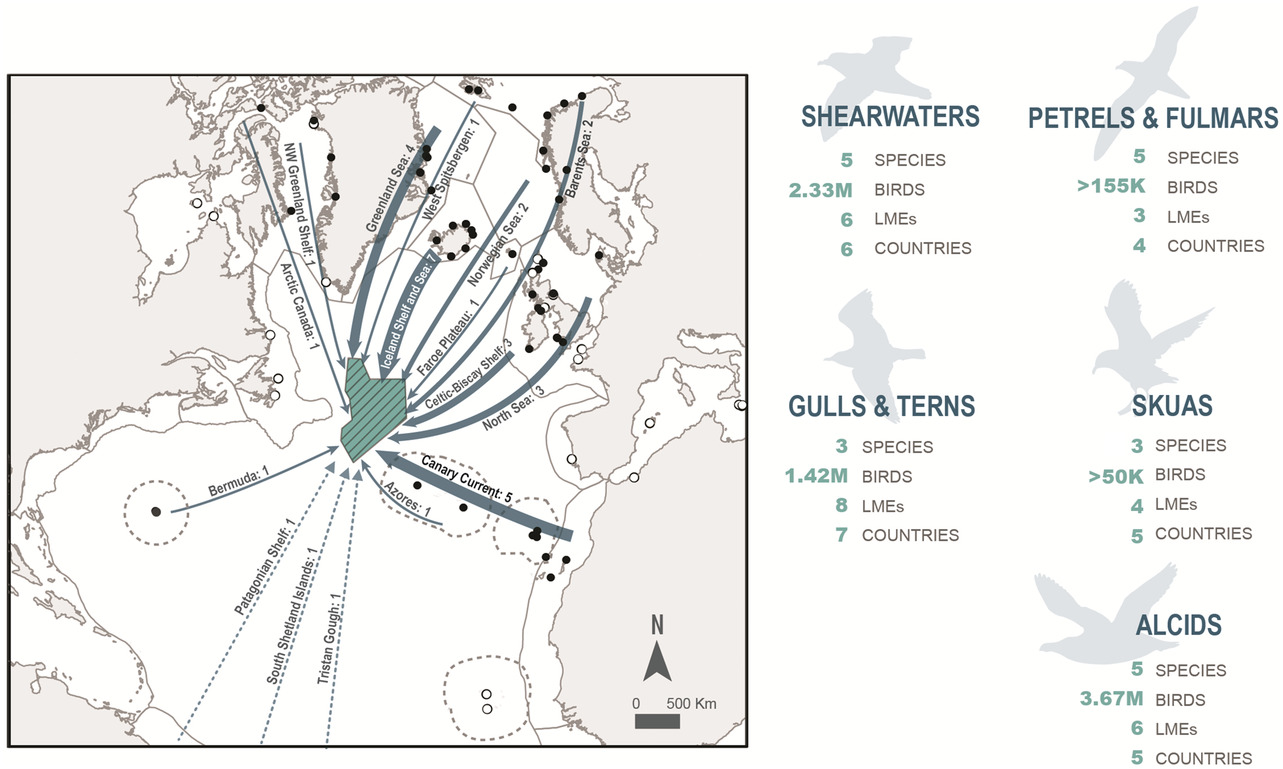 Location of identified hotspot in the middle of North Atlantic (green) and summary information of species groups at the site. Arrows indicate the marine ecosystems the birds are travelling from to the site, labelled with name and number of species. Dashed arrows are from areas in the South Atlantic (not visible on the map). Seabird colonies are shown in circles (black = data used in analysis, white = data considered but not included in final analysis). From Davies et al 2021.

All 21 of the studied species were shown to use the hot-spot, including five globally threatened seabirds: Bermuda Petrel, Zino's Petrel and Desertas Petrels, as well as Kittiwake and Puffin.

The latter two species were estimated to be among the most numerous birds using the hot-spot in winter, while upwards of 2 million Little Auks were also approximated to use the area in the early part of the year. The hot-spot was of particular importance to Great Shearwater, with 1.5 million or more spending the months of April-September there

Overall abundance of birds were estimated to be at its highest in the boreal winter, with the January-March period (5 million) supporting the greatest total. This fell to 2.9 million in April-June, before climbing again to approximately 4.3 million in the final three months of the year. 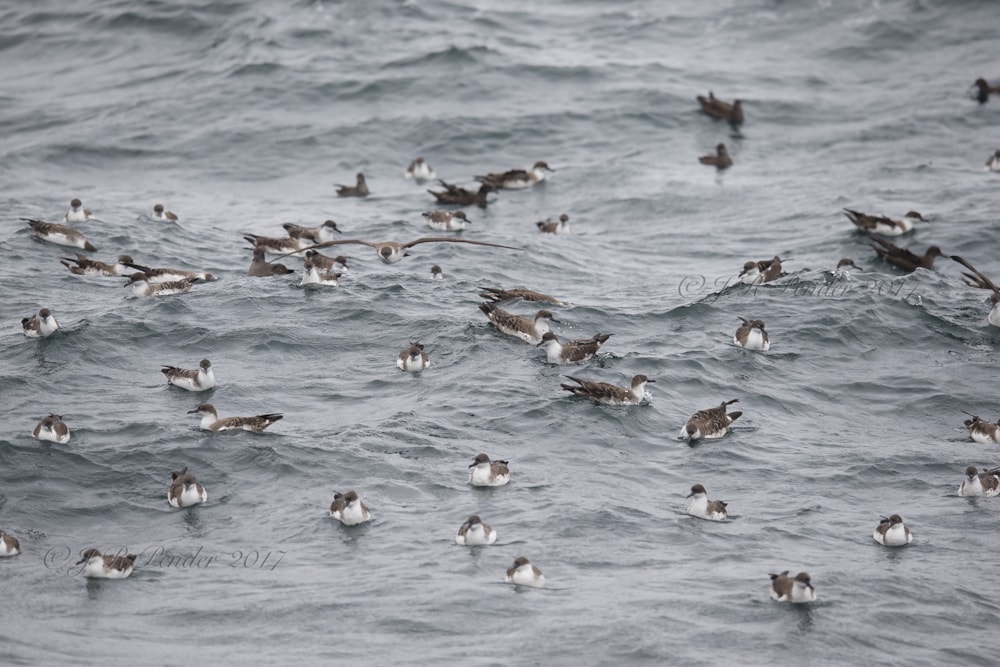 The hot-spot is of significant importance to non-breeding Great Shearwaters during the boreal summer (Joe Pender).

The researchers found three species with more than 50% of their global population to be using the area as a winter of staging ground: South Polar Skua (c 65%; April-September), Long-tailed Skua (63%; July-September) and Sooty Shearwater (61%; April-June). Almost half of all Bermuda Petrels frequent the hot-spot between July and September.

The researchers conclude by stating that they believe the hot-spot to be deserving of year-round protection as a Marine Protected Area (MPA). particularly considering that 17 of the 21 studied species are impacted by marine-based threats (bycatch, overfishing, energy production, pollution and climate change) and currently undergoing declines.