I've had my eye on the Madeiran pelagics for a few years but it wasn't until 2010, when some Norwegian birding friends took the trip and let me know how it went, that I finally snapped and decided then and there that I would go in 2011. Thus the family holiday was in Madeira this year. During the week I was there, virtually all the birding I did was concentrated on the three-day pelagic trip run by Madeira Wind Birds. These trips cater for hard-core birders, with long days out in the rib boat "chumming" for pelagic specialities such as Zino's Petrel and White-faced Storm-petrel.

Reading up on the internet it seems experiences seem to differ quite a bit but the rib, being very stable, is obviously an excellent choice for this kind of birding. Nobody on our trip was seasick during the three days at sea; having never yet suffered from it during a life offshore I did not take any seasickness tablets but most of the participants did. Perhaps the biggest challenge for some is the lack of standard toilet facilities on board, although "emergencies" are catered for. As the name suggest the all-important factor for these trips is the wind, an essential factor for success. 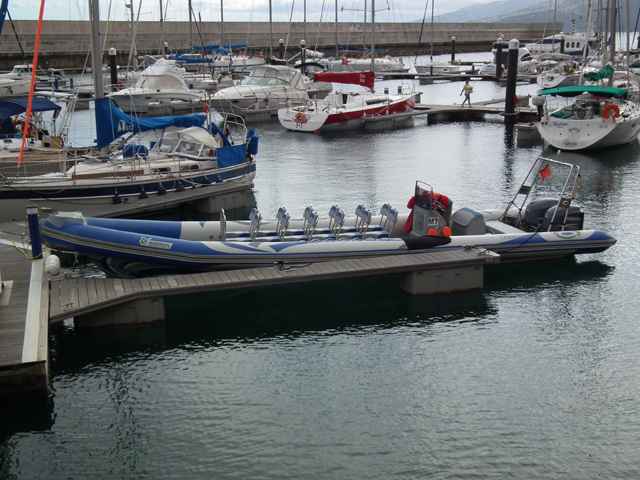 The first of the three days was spent at "the Zino's locality" and we were amply rewarded with several of these threatened species. The thin beak and extensive white on the underwing was the clincher for a least a couple of these birds. Some, with darker underwings and a little larger bills, personally left me in doubt — until the next day when we connected with some Fea's Petrels. The massive bills on the birds seen well far exceeded the largest-billed birds seen on day one. According to the operators and guides there are certain behavioural tendencies too: Zino's are often curious about the chum, whereas Fea's tend to ignore it. This was just as we experienced things. 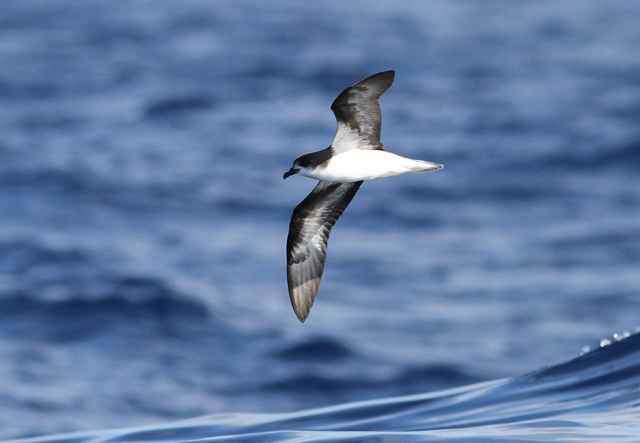 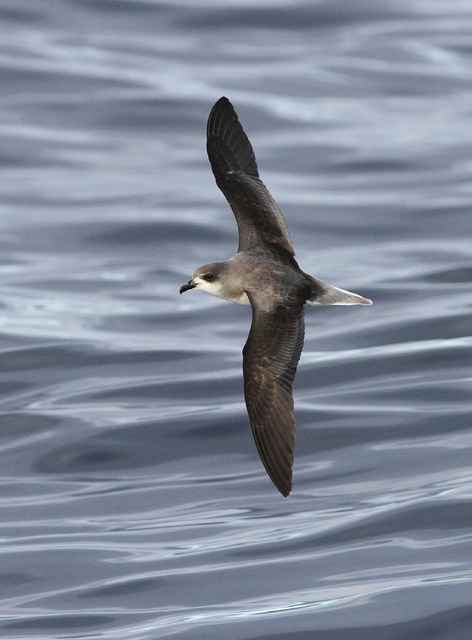 We were informed that "we don't stop for Cory's or Bulwer's": both species were plentiful on all three of the days at sea. This was a difficult concept to grasp at first, but it is amazing how quickly one adjusts to the "only a Bulwer's" mindset. That said, I frequently reminded myself that Bulwer's Petrel is a superb bird not often seen by most of us. It has to be one of the most difficult-to-photograph species in the world — cameras blasted away constantly at these wonderful birds, but only a tiny minority of the photographs came up to scratch. 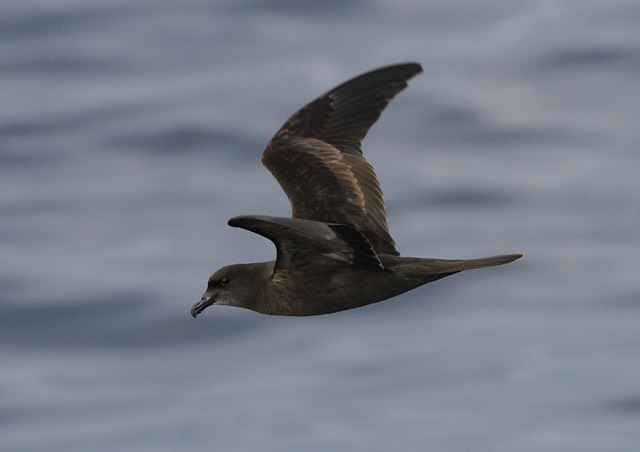 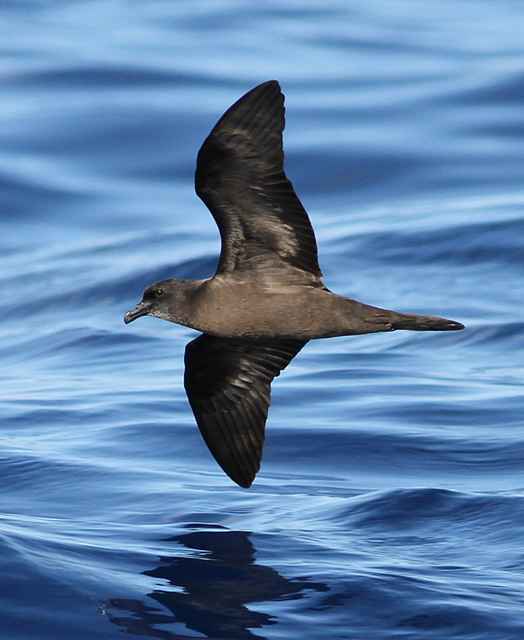 Other species seen on the first day were single Wilson's Petrel and Manx Shearwater, and several Arctic Terns.

The next day we were taken to a "storm-petrel locality" — and once again all the target species turned up. The highlight for most, if not all, on board was surely the White-faced Storm-petrels bouncing all over the place. A few Wilson's Storm-petrels put on an excellent show too, whereas the two Madeiran Storm-petrels that put in an appearance typically dallied only briefly before continuing on their way.

Another species we connected with on the second day was the Fea's Petrels (of the local deserta form) — those seen well were truly different from the Zino's of the previous day. The massive bills really stood out. On a personal level, separating these species was rather like identifying the difference between Common Crossbill and Parrot Crossbill — with all the large-billed Commons falling in between and presenting problems. 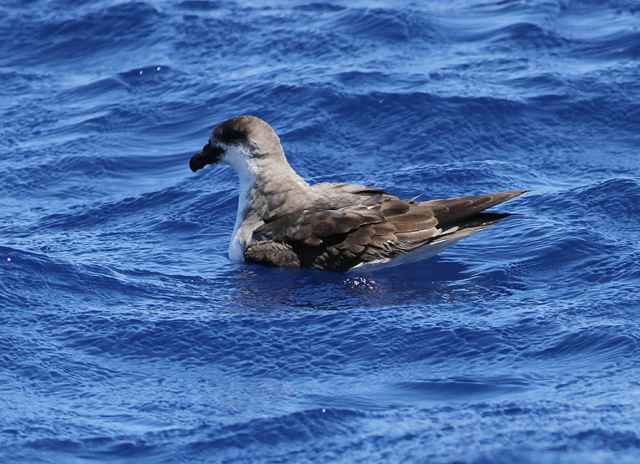 On the third day we headed back to the "Zino's location", where we had a slower start to the day (by slow read "plenty of Bulwer's Petrels, Cory's Shearwaters, an Arctic Skua and a Wilson's Petrel"). Eventually at least one Zino's put on quite a show for us, and towards dusk two Madeiran Storm-petrels spent quite some time on the chum slick. 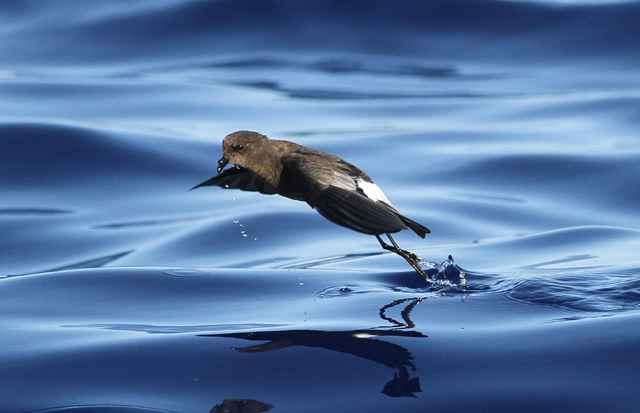 The three-day pelagic takes a sizable lump out of a week's holiday and, although it represents excellent value for money, still costs quite a bit of money. A possible solution for those unable, for whatever reason, to take this trip is the half-day dolphin trips: these often provide views of some of the species (e.g. Fea's, Cory's and Bulwer's) provided the conditions are right, but storm-petrels are highly unlikely. As well as the three-day pelagic I also took one of these short tours and had several Fea's including four at once fighting over a fish with some Cory's. Only one Bulwer's was seen on this day, and an Ocean Sunfish. 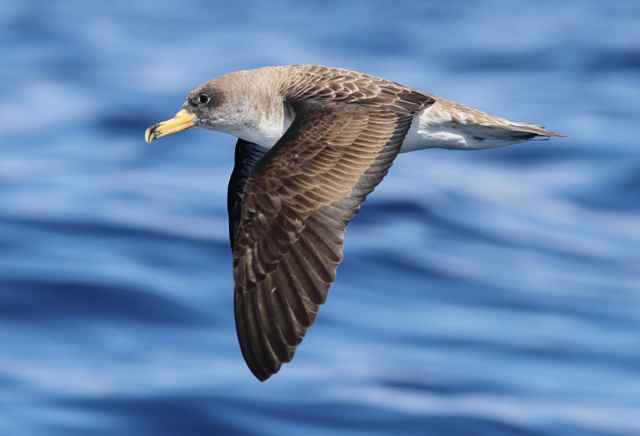 Only one other participant of the eight of us had his family with him; the remainder birded all day, every day, and notched up a respectable tally of species. For my part I spent an hour at dawn in Funchal marina in order to connect with the long-staying but often elusive Yellow-crowned Night Heron. Some birders had to make multiple visits before seeing this extraordinarily rare bird.

Although I "accidentally" picked up Madeiran Kinglet (and quite a few other species!) whilst doing the cable-car trip in Funchal with my children, I did not even try for the Trocaz Pigeon. In my mind this was no loss — the petrels were the one and only goal of this trip and I was well and truly satisfied. The poor pigeon really couldn't compete. Madeira has much more to offer than the pelagic trips — even from the hotel balcony there were good seawatching possibilities using only binoculars! Even in the most built-up areas Canaries, Plain Swifts, Grey Wagtails and more were ever present. A Black-bellied Storm-petrel was seen on the first day of the next three-day pelagic session, while I was suffering the cramped legroom on the charter flight home — something I'll no doubt be going through again next time I embark on the best pelagic birding in the Western Palearctic.