The early October mood on Scilly is optimistic. A good range of migrants are scattered over the islands and a Yellow-billed Cuckoo finally gave decent views. It feels busy-ish, too. There are around 200 birders on St Mary's – a far cry from the 1980s and 1990s, but enough to cause a scrum on narrower paths. But I've heard one conversation repeated both on social media and in person: why aren't young birders coming to Scilly?

There's one answer that most people jump on: cost. When you add up transport, parking, boat fares, accommodation, food and so on, it's not cheap. Yet we regularly see young birders sporting expensive optics or heading off on international birding trips, so this doesn't tell the full story.

At 29, I'm a Millennial, along with anyone born between 1981 and 1996. Those who came after are Generation Z, while most birders visiting Scilly are either Baby Boomers or Generation X. Each generation has broad characteristics, brought about by trends in upbringing, technology, media influences, cultural shifts and defining historical moments. These paint a revealing picture.

Young people are used to having it all and having it now. We've grown up with information at our fingertips. Deliveries take less than a day. We binge watch an entire series on Netflix over a weekend. We can eat any cuisine at any time of day or night. We conduct entire social, professional and personal lives through our phones. We need validation, regularly and quickly, fuelled by social media likes and retweets. Social groups can exist entirely virtually. They have access to money, too, even if via the Bank-of-Mum-and-Dad. Why aren't they coming to Scilly, then? 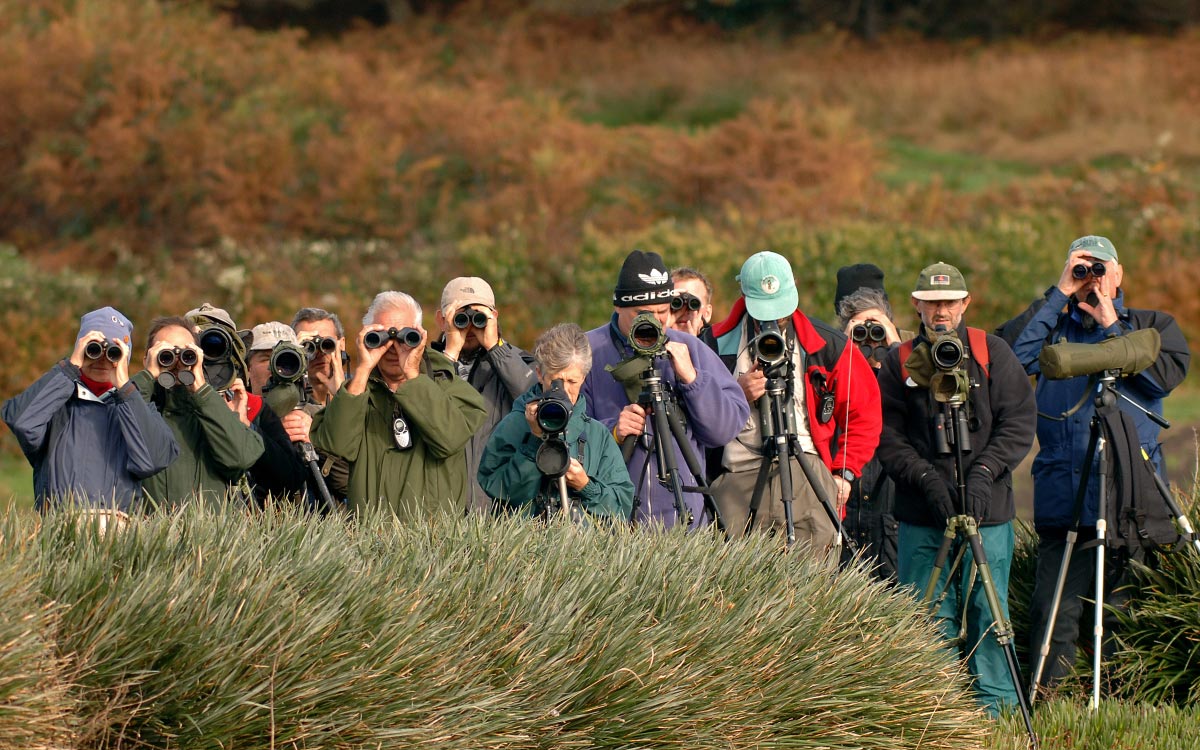 Most birders visiting Scilly are Baby Boomers or Gen X – so what can be done to attract young birders to the islands? (Steve Young).

More bang for your buck

Arguably, the Scilly experience does not deliver for young birders. Yes, it's expensive, but it's more about return-on-investment than straight cost. They might strike big or they might crash out. For them, it's not a risk worth taking. Other options are available that deliver more for the money. Spurn is a classic example – cheaper, with a bird observatory for guaranteed socialising, more accessible, easier to bird and likely to score big sometime in the autumn. You can nip in and out at weekends, rather than committing for a week or two.

Generation Z is ethical and aware of climate change, and having a patch is less environmentally damaging than nationwide twitching. When young people do travel, it's with the view of having a life-affirming experience full of diversity, culture and new horizons, so for the same cost as a week on Scilly they are heading off in groups to Asia, Africa or South America.

Young people are redefining success to satisfy their own sense of self. They have grown up needing constant affirmation, so are reshaping their lifestyles to foster this. The frustrations and vagaries of birding somewhere like Scilly, where success is simply not guaranteed, don't meet their needs. Arguably, a bird observatory (or at least a youth hostel) would make a difference, bringing cheap accommodation, a natural social group, ringing activities and daily routine.

All generations bring something new to society, and young people are starting to reshape the birding scene. However, I'm a bad Millennial, married to a Gen X, and I love the Scilly season. I hope that we can show how diverse, fun and rewarding Scilly can be. For me, it's a sense of community like no other – defined by birding, but about so much more than birds.