Lucy McRobert: have you seen the mockingbird?

Who would have guessed that Lockdown 3.0 would send a bird to make such a mockery of us?

Of course, some people twitched the Northern Mockingbird in Devon in February (during strict lockdown). Of course, the keyboard warriors were waiting. The incandescent, all-consuming, vitriolic outrage expressed online surpassed anything I've seen before.

There were calls to confiscate their binoculars, ban them from BirdGuides, strike their birding lists from the public record, burn their copies of Bill Oddie's Little Black Bird Book, shred their Country Innovation jackets, cancel their RSPB memberships, forbid them from reading British Birds. One marvellous suggestion involved starting a new birding club – we would all join and then ceremoniously throw them out. We should call it British Ornithologists Living in LOCKdownS. 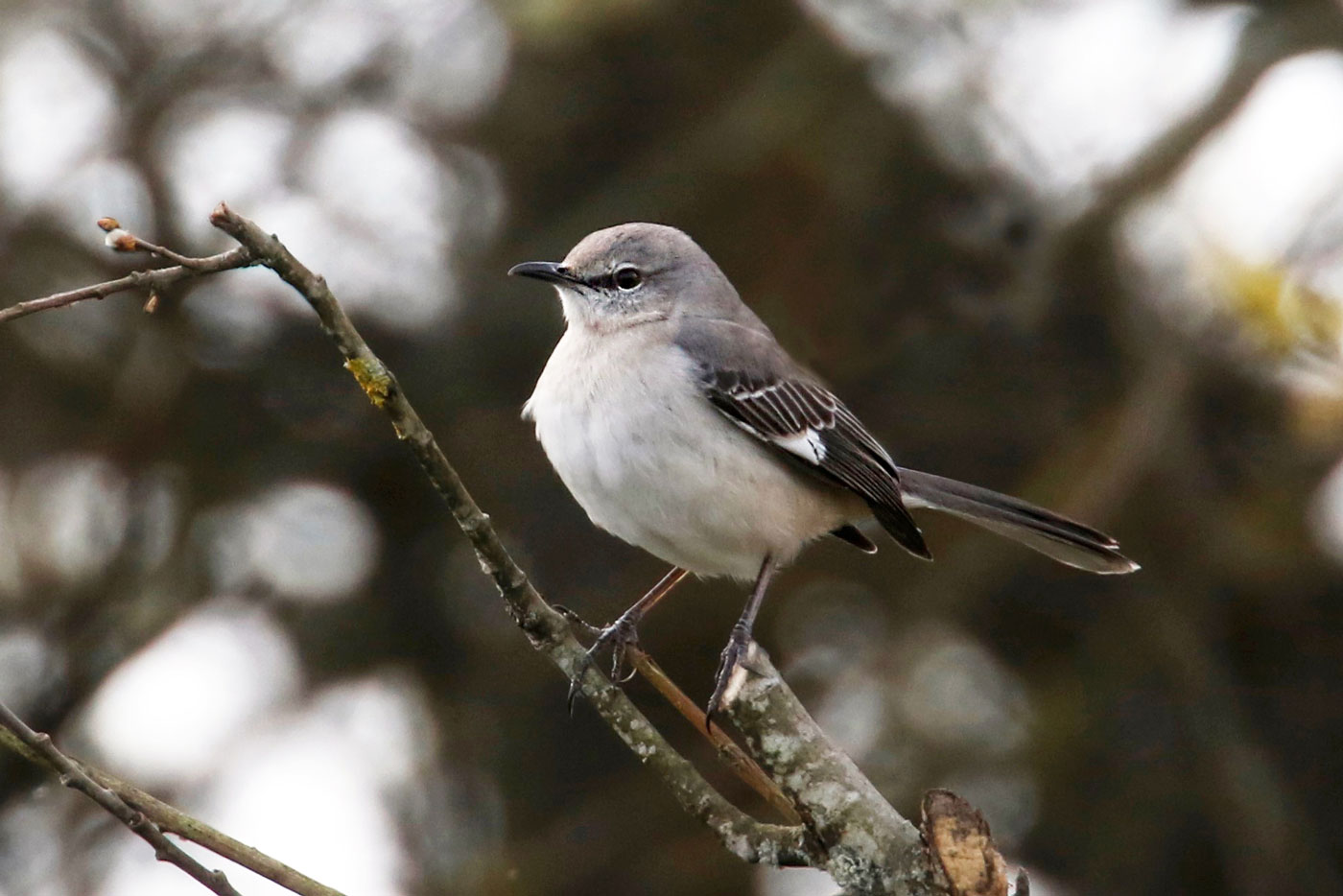 There are worse things you can do than twitch a Northern Mockingbird during lockdown (Matt Eade).

A personal highlight was one well-meaning Twitter aficionado informing the Devon police that hordes of twitchers might descend on a housing estate in Exmouth – a valiant effort, except he tweeted Exmouth police in Western Australia. I'm also enjoying the audacious abilities of 'Darren' who is successfully baiting the birding Twitterazzi with his (fake) 2021 year list, covering everything from Crested Tit to Sociable Lapwing.

All this frustration (for me, suffering under a frankly insufferable husband) boils down to the concept of a level playing field: those who were willing to break the law upset the balance of things, moved the goalposts, didn't play by the rules. This was irresponsible, unfair, mean.

At the heart of our beloved hobby there is an uncomfortable question of morality – the carbon footprint of twitching, the ethics of photographing a dying Nearctic cuckoo, abandoning family gatherings, the occasional trespass, tape-luring, flushing, feeding, disturbance – the list goes on. The Northern Mockingbird brought that into sharp relief, when many were already feeling frustrated, trapped and had a little too much time on their hands.

I am mostly a law-abiding citizen and do buy into the idea of a team effort in defeating global pandemics. However, I recognise that the decision to twitch, even if breaking the law, is personal: in the same way that someone might speed. Retribution comes if you get caught, with appropriate legal action taken. Some fines were handed out to twitchers, but compared to chartering a plane, £100 doesn't seem much of a deterrent.

Twitching is also fuelled by the adrenaline of risk, which many regularly take – getting on planes with inexperienced pilots, driving sleep deprived through the night, wandering off paths into dangerous marshes, nearly sliding off cliffs trying to see an Ancient Murrelet. There's also an element of self-destruction, where ego meets stupidity on a sliding scale: you might have twitched the Northern Mockingbird, but did you need to put it on your BUBO list right now? The first rule of Mockingbird Club is: you don't talk about Mockingbird Club.

I doubt that someone twitching Exmouth, not encountering anyone, would play a role in spreading coronavirus. It's probably just as 'safe' as popping to the local park for daily exercise. I saw many people doing much worse every day and it seems a touch melodramatic to label this as the most dangerous of crimes. But that's not really the point.

It is not the role of Smirnoff to prevent an alcoholic from buying vodka, nor the role of Volvo to stop a dangerous driver buying a car. Similarly, it is not the role of the RSPB, BirdGuides, BirdForum or BUBO to stop twitchers. It strips away our perceptions of fairness, but this isn't an exact science. Those twitchers will look back in 10 years' time and see Northern Mockingbird on their list. Or the bird will be rejected, and we'll all have a chuckle.