In March 2022, The Times ran an entertaining article entitled 'Who's the most boring? Birdwatching bean counters take prize for tedium'. I could have been offended or outraged, but honestly, I flicked my metaphorical hair and felt that I had arrived in society. Okay, I'm not an accountant (cited as the second-most boring profession after data analyst by the study in Personality and Social Psychology Bulletin), but I'm most definitely a birdwatcher. Frankly, I felt seen.

When I first tentatively picked up a pair of binoculars more than a decade ago, this was completely alien to my friends and family. Relationships evolved to accommodate this new hobby, and I was delighted that it brought me closer to some people and led to many more deep friendships being born. On the flip side, it pushed others away. One dear friend, a girl I'd been close to throughout my teens and one of  my 'besties', found that my birding hobby made her so uncomfortable that she cut me off. I know from mutual friends that she found it weird and at times described it as 'boring'.

The irony is that, to me, I became interesting and interested. Birding gave me a direction, influencing not only how I spent my spare time but also my views on politics, on society, how I shopped, where I wanted to work. It encouraged me to give to charity, to take an interest in the world beyond myself. I met fascinating people, had fun, and came home with amusing stories. 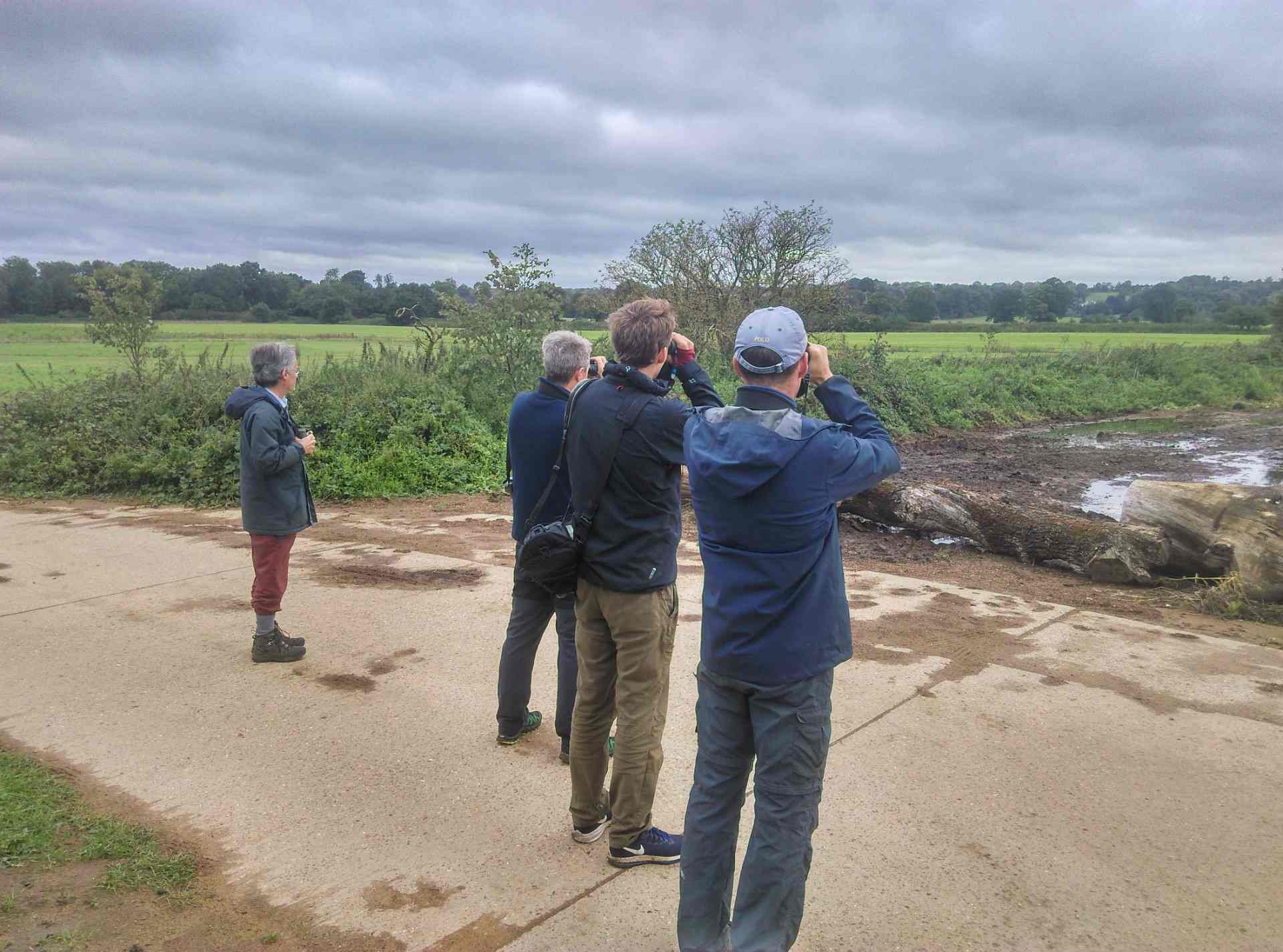 Staring at a field and hoping to see a small, brown bird may seem dull to many people. But is the 'boring' stereotype of birders fair?

I travelled around the UK, occasionally beyond, and fell in love with new landscapes, animals and causes. I got bitten by squirrels, saved a Short-eared Owl, rescued injured Atlantic Grey Seal pups and nearly peed on a Natterjack Toad. In Australia, a possum fell on my head and in Sri Lanka I was surrounded by Sperm Whales. I've published books and articles, spoken at conferences to politicians, appeared on TV and radio ... This all started with birding. Most importantly, it made me care again – something I hadn't done much of  since my mum died when I was 16.

Boredom is personal and subjective. One person's relaxation is another's tedium; one person's excitement another's exhaustion. There are elements of  birding, particularly twitching, that I find exasperating, like long car journeys with toddlers and hours of standing around for a 15-second glimpse of a bird. In motherhood, I've become more impatient. However, every experience is unique, and there's always a precious memory to be found somewhere in the day.

But to label someone as boring? That is difficult to pinpoint. There's something superior about the term, implying that their life is more worthwhile. When I think of that 'friend' who branded me as boring, I now understand that she was very insecure, even jealous. She was unable, unwilling, to meet me in conversation about something she didn't understand, and this knocked her confidence in our friendship. She couldn't bear a perceived challenge to her conventional normality. It was her determined diffidence and disinterest, not my passion, that broke us apart.

I recently came across another article that celebrated the rise of birding among the younger generations, comparing it to mountain climbing, surfing and skateboarding. How exciting do we sound now? I don't know how I'll react if she decides I'm cool enough for her again.

People who lead exciting lives rarely consider others as 'boring'. Their self-awareness of their own passions gives them an ability to empower and encourage others, even if  they don't share the same hobbies. They are interested in everyone and everything.

Being a birder doesn't make you interesting, just like being an accountant doesn't make you dull. But I can see the necessity for self-deprecation in our beloved hobby. What we do is infinitely important and sometimes utterly ridiculous, but the ability to laugh, to find friendship and, most importantly, to care about something bigger – well to me, that's the least boring thing you can do.