I have a love-hate relationship with Twitter. I only get involved in debates if I'm really riled up, whereby I adopt a 'tweet-duck-and-cover' strategy. This involves a short on-topic rant, turning off notifications and checking back in every two minutes to see whether I'm being bombarded with love, vitriol or both.

Back in September such an incident occurred. I'd like to say it was about a Green Warbler, but really it was about people. More specifically, people's unbearable need to sit behind a screen pretending to be ever so open minded, forward thinking and liberal, while smugly judging huge numbers of people over something they don't understand. Cue Twitter rant.

Twitching is becoming more divisive with every rare bird that shows up. There are ethical questions being raised about high personal carbon footprints and, at times, the poor fieldcraft shown by some individuals. Both factors play into my own decision on whether to twitch a bird.

But what astounded me about the Yorkshire Green Warbler was how quickly the Twitter bandwagon took over in indiscriminately disparaging those who did see it. These weren't the usual twitcher-bashing brigade; they were completely unconnected with the pastime, bent on painting the picture that all twitchers were bracken-beating, carbon-crazed, aggressively loud-mouthed hooligans, devoid of any moral integrity and complete with visible devil horns (is that why we all wear hats?).

The RSPB was condemned for facilitating twitches and there were calls for the landowner to slap huge entry fees to deter people. The anti-ringing mob were out in force. "It's nothing but collectorism, no better than trainspotting!" bemoaned one tweeter, to which I say, what's wrong with that?

As always on social media, the argument ignored the basic facts, like the £2,000 in donations raised for the Yorkshire Air Ambulance, or the additional income for the RSPB. From a nature conservation perspective, the bird got here off its own steam and is, sadly, ecologically redundant. It is not a rare breeding bird on territory. No twitcher I know takes any sadistic pleasure in the demise of a vagrant bird, but most do admire the marvel of migration. 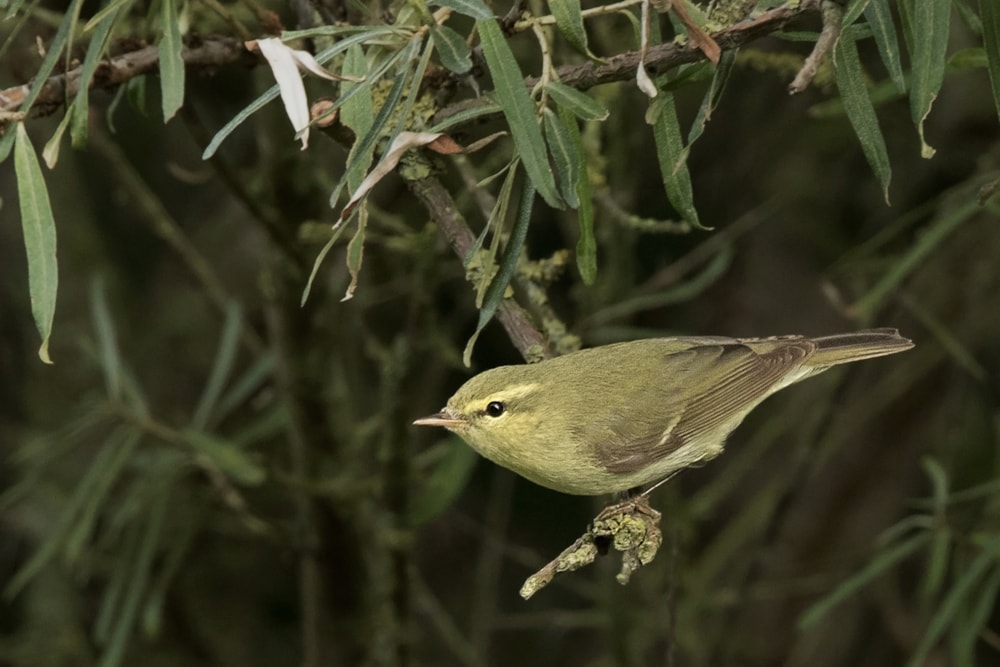 One excellent contribution was made by Sam Porter, a perinatal psychiatrist, birder and twitcher with ADHD. Sam pointed out that hobbies such as twitching are attractive to neurominorities – people with neurodevelopmental disorders like ADHD and autism. All humans vary in terms of neurocognitive ability. Everyone has talents and things they struggle with. However, for some the variation is more pronounced, which can bring genius but can also be disabling. This can also have associated mental health disorders like depression and anxiety, too. I'm not talking about every birder, but you might recognise this within your crew or yourself.

Neurodiverse people make some of the most astonishing contributions to ecology – from ground-breaking science and fieldwork to exquisite artistry and prose. Yet it's easy to paint a negative picture that stereotypes twitchers as antisocial, selfish and impulsive. People are determined to draw a line that separates twitchers and birders, when I see verbs (twitching and birding), not labels. Twitching can be beneficial for mindfulness (being in tune with your surroundings, living in the moment), and provide a community of like-minded individuals who may otherwise struggle to fulfil their social needs. We should celebrate that we can provide that safe community.

We're never going to heal the divides in society while we insist on telling people that their enjoyment of their hobbies is wrong. We need to drop the sanctimonious belief that there is a 'right' way to enjoy nature, profound and worthwhile. We cannot preach diversity in the sector and then not allow for diverse ways of enjoying wildlife.