On 14 June 2016 an adult Long-tailed Shrike was discovered in Atyrau, Kazakhstan, by visiting Finnish birder Ilkka Sahi. Favouring the relative oasis that is the city's Victory Park, it was well photographed and reported there occasionally until the end of the month. 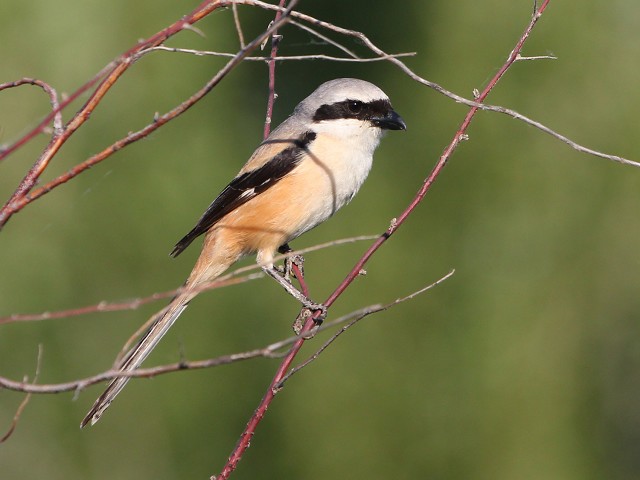 Situated at the mouth of the Ural River, Atyrau lies just within the eastern boundary of the Western Palearctic (WP) as defined by Cramp and Simmons (1977), and as such the shrike represented a significant late-spring record for a location that has long been considered a potential hotspot for Asian vagrants in spring and autumn. Given that Atyrau also produced a Pied Bushchat in June 2014, limited observer coverage already appears to be demonstrating the area's great potential to produce eastern migrants.

A second adult was seen with the first on 25 June and both were watched actively feeding on Sand Lizards (Lacerta agilis), though a nest was never found despite attempts to locate one. However, on 6 August, Fedor Sarayev found the two adults still present in the same part of Victory Park but this time alongside three juveniles, clearly suggesting that they had bred in the vicinity. Some (if not all) of the five birds can be identified from two series of images taken on 6 and 14 August by Fedor. In some of the images the youngsters appear still dependent on the adults, further confirming that they must have been raised in the vicinity rather than having migrated several hundred (if not thousands of) kilometres westwards while still exhibiting such behaviour. The birds were last seen on 14 August, by which time the youngsters were beginning to hunt small lizards independently. 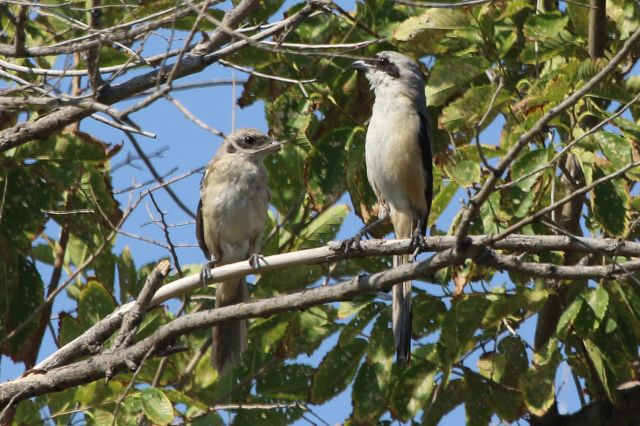 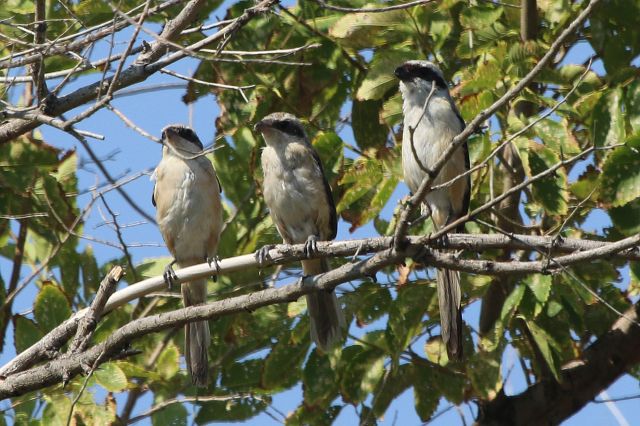 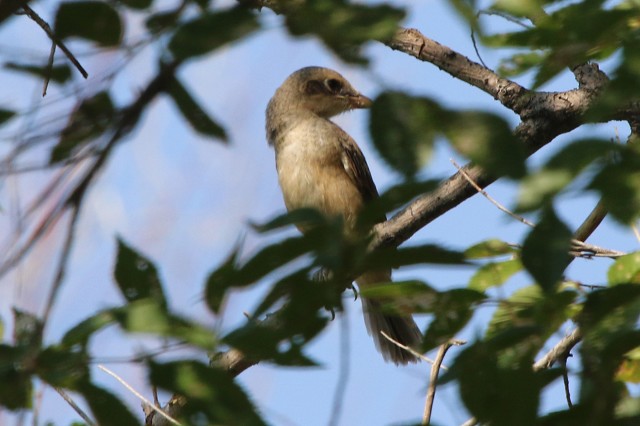 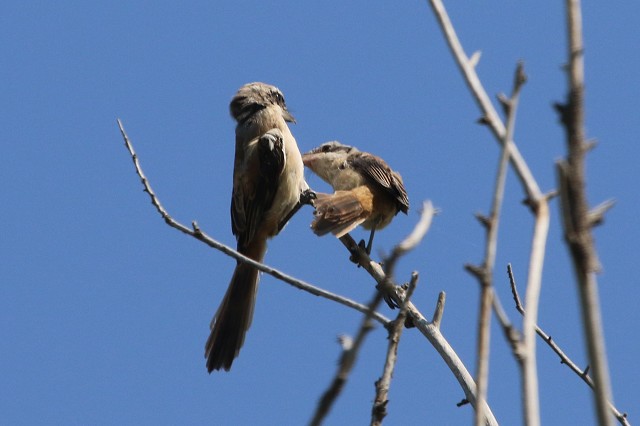 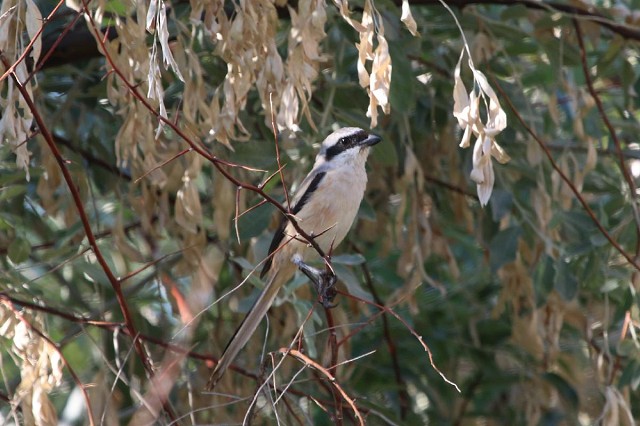 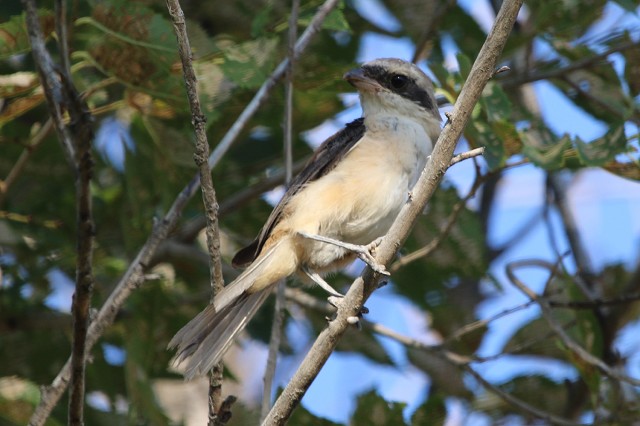 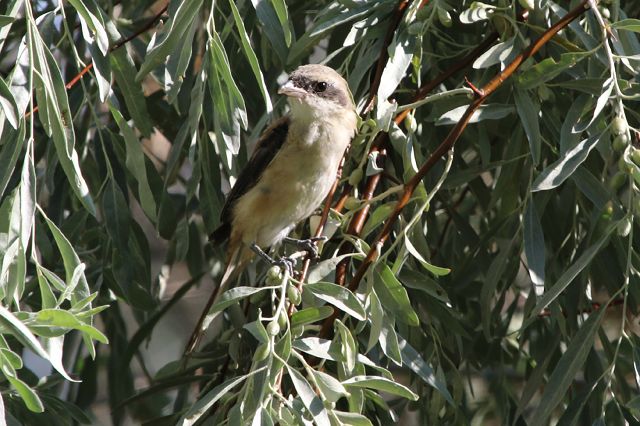 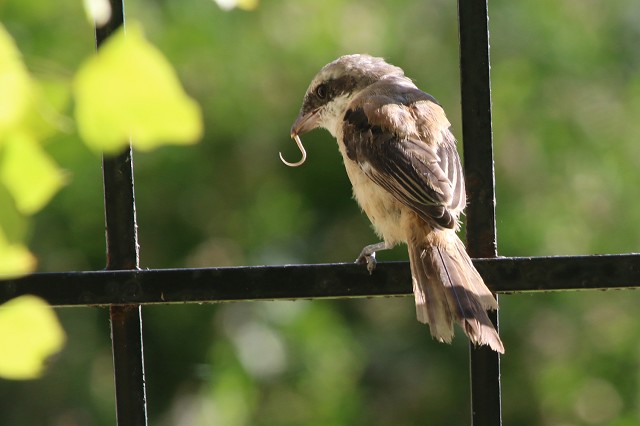 Long-tailed Shrike is a scarce summer visitor to southern Kazakhstan, breeding widely from Almaty in the east westwards along the Syr Darya river valley as far north as Kzylorda and also west to Kazalinsk. It appears to be gradually spreading north, having colonised the Ile Delta from 1982 and near Alakol Lake in 1993 (per Birds.kz). Not only do this summer's sightings in Atyrau represent the first breeding record of Long-tailed Shrike for the Western Palearctic, but they also represent a quite considerable westward expansion of the species' known breeding range — for example, Atyrau is more than 800 km west of Kazalinsk.

The species otherwise remains a rare visitor to the WP. According to the forthcoming Birds of Europe, North Africa and the Middle East — An Annotated Checklist it has been recorded in Denmark, France, Israel, Jordan, Kuwait, Netherlands, Sweden and Turkey. The species also previously bred in north-east Iran and is a rare passage and winter visitor to the UAE. Three recent records, including the only British occurrence, have occurred in north-west Europe since the turn of the century:

Time will tell whether this summer's remarkable breeding record proves a one-off or whether it is the precursor to more regular occurrences of Long-tailed Shrike in European Kazakhstan — many will be waiting keenly to hear whether the birds return to Victory Park in 2017.