One of the things that sparked off my interest in birds, and migration especially, was finding the corpses of ringed birds on the tideline on the way home from school. I had a huge number of rings on my binocular strap for many years.

These days I find far fewer rings but routinely go through Eagle Owl pellets and any other raptor kills whenever I find them, partly to see what they have been eating and partly in the hope of finding a ring.

Earlier this autumn I checked an Eagle Owl nest site in Norway that I had been monitoring throughout the breeding season and as the young were fledged I thought there might be something of interest near the nest. 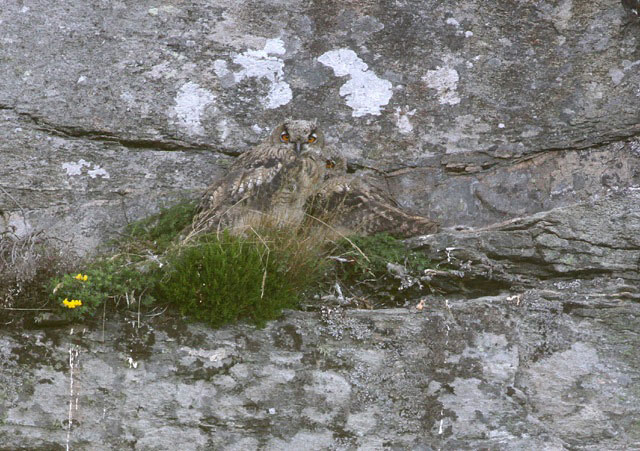 One of these two young owls no doubt appreciated the Oystercatcher (photo: Julian Bell).

Climbing up the cliff and hanging on with one hand, I rummaged around in the area around the nest. Masses of feathers and bones, a Raven head, a couple of Grey Heron legs and, to my great excitement — a ring! Not just any old ring but an English one and a wader ring of some sort I guessed.

I have kept an eye on this particular Eagle Owl site for a few years and have inspected it at the end of each season — the only way I know for certain that it wasn't there the previous year. The site wasn't used in 2009 so I suppose I should be out looking for this pair's alternative sites.... 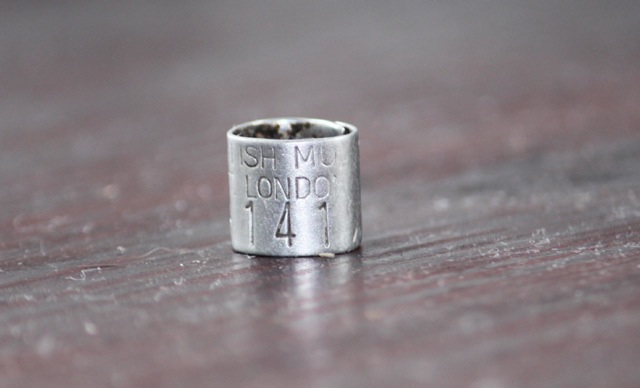 The ring — note the abrasion on the right hand side — I missed one of the numbers the first time I read it. A good indication in itself that the wing was well used (photo: Julian Bell).

The same evening I entered the details of the find into the BTO website and waited...and waited. A couple of days ago I finally received the reply — and it was worth the wait! The bird was an Oystercatcher ringed when at least three years old on the Exe estuary! This meant the bird was at least 32 years old when it became an Eagle Owl meal.

Checking The Migration Atlas — Movements of the birds of Britain and Ireland I found that the oldest ringed Oystercatcher in the UK was 31. For a short while I thought this was a new record, but have since heard that the eldest thus far lived to the ripe old age of 35. 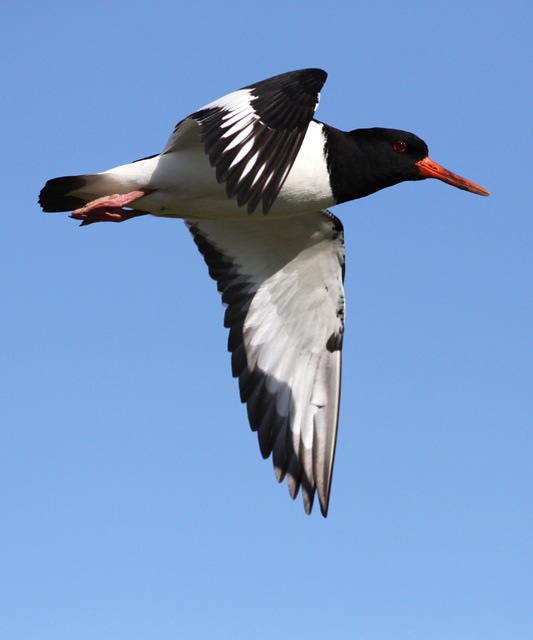 Oystercatcher are a common breeding bird in the area (photo: Julian Bell).

Even without the extreme age of the find it was fascinating to find out where "our" birds go in the winter.

Excerpt from the mail I received from the BTO:

It was found on 25-Aug-2010 at Exact Location Unknown, Hordaland, Norway
The bird was: Dead Taken By Owl Or Raptor:
Remarks: Eagle Owl nest

This was just the kind of incentive I needed to go out there and find some more pellets — and hopefully some more nests. Experience has shown that these fantastic owls take pretty much anything that lives in the area except White-tailed Eagles. To give an idea of the range of species they take: I have found mouse jaws alongside Raven feet in the same pellet. There is no guessing what the next ring find will be. 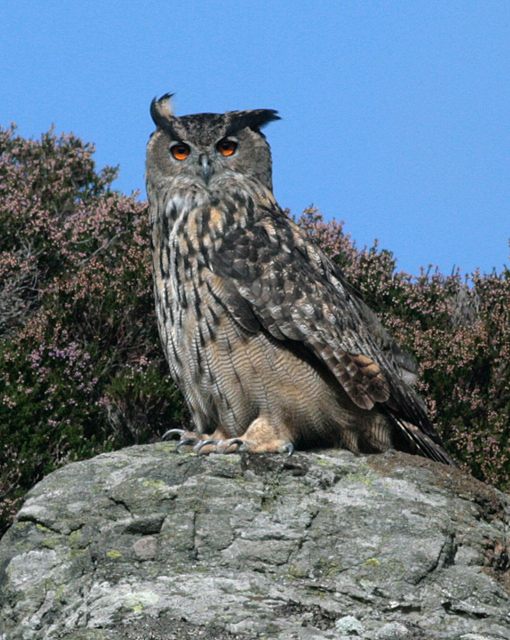 One of the likely suspects — this very owl or its mate caught the old Oystercatcher (photo: Julian Bell).