I have lived in Buckhurst Hill on the Essex/London border on and off for more than 40 years. It sits at the southern end of Epping Forest and is only a couple of miles from the series of large reservoirs that stretch north-south along the bottom of the Lea Valley. The list of rare and scarce species encountered locally over the years is impressive. The glory of the first British record of Naumann's Thrush being found literally just down the road in 1990 (and according to my parents, feeding in their back garden with Redwings around a week before news broke) is unlikely to ever be beaten, but plenty of other exciting records have and could turn up in the zone.

My efforts are concentrated mainly on the wide, open expanse of the King George V Reservoir (KGV) with a regular thrashing of the scrub and forest around nearby Chingford Plain thrown in for good measure. It's great to keep abreast of what's happening with local resident and common migrant species but as all local patch-watchers will know, the unusual sightings make the hours in the field really worthwhile.

When the idea of #LocalBigYear was put forward, I thought it might spur me into working the patch more regularly. That has proved to be the case and the extra hours have reaped rewards. The discovery of a stunning male Red-backed Shrike one evening in late May was the highlight of the spring, but there was plenty of other feathered action to enjoy.  An additional incentive to get out with the optics came by being asked to write this feature for the month of September.

On 1st, I was woken by my wife heading off to work at some ungodly hour of the morning and saw the brightening sky through a gap in the curtains. Deciding that I was far too comfortable in bed, I turned over for a further snooze. An hour or so later, I thought that I should really make the effort so hauled myself out into the hazy morning sunshine and got down to the KGV for 8 am. My first scan across the water went past the usual gulls and wildfowl, and then about half way across locked onto the unmistakable shape of a phalarope bobbing about! 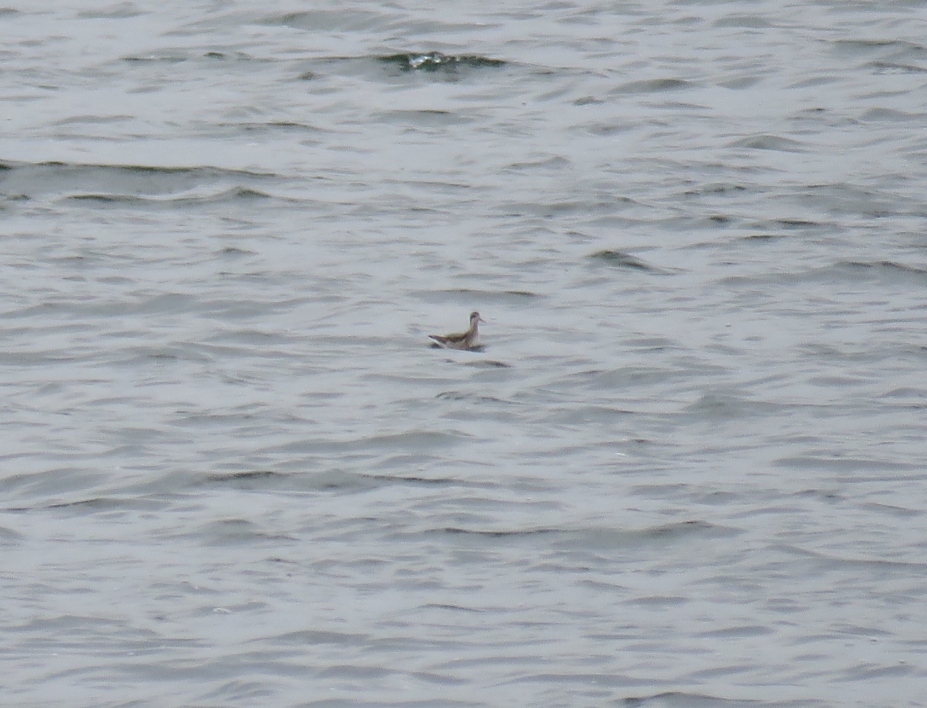 This juvenile Red-necked Phalarope was an excellent patch find for Ian (Ian Lycett).

Switching to the 'scope, I confirmed it as a juvenile Red-necked Phalarope and put the news out. With only a handful of records, this was a big nugget of gold to kick the month off with. A very social morning ensued and the phalarope then stayed for a week, being enjoyed by many but never coming close enough to the bank to please the camera users.

An evening stroll along the east side of the reservoir in the sunshine on Sunday 4th produced a Spotted Flycatcher and plenty of warblers in the scrub by the River Lea. The lines of bushes running down either side of the reservoir are squeezed by the urban sprawl and are a useful channel for decent numbers of the common warblers throughout the autumn. Better still, a fresh juvenile Black Tern was with a few Common Terns feeding and loafing around on the floats on the south basin. Heavy overnight rain into the 6th failed to bring down anything too exciting, but a couple of Dunlin feeding on the concrete edge of the causeway with the usual dozen or so Common Sandpipers were welcome, in what has been a comparatively poor year for wader numbers.

A problem with the KGV is that it offers no shelter from the elements (no hand roasted coffee, speciality teas or freshly baked cakes available here,unlike the excellent London Wildlife trust facilities for the pampered patch-watchers down the road at Walthamstow Wetlands). The thin causeway that divides the north and south basins is often the best place to find roosting waders and wildfowl as it is mostly undisturbed and usually has some limited cover growing on it. It is however, almost a mile along the bank from the entrance gate to get to view both sides of it and the full circuit is almost exactly four miles. Guessing how long you have to clear the zone before an approaching rain storm arrives is an art form. My guess on the 8th was out by 10 minutes and I got a thorough soaking, with further distant views of the phalarope the only reward.

Switching focus on 11th, a five-mile wander through the scrub at Chingford and lower end of the forest turned up a single Blackcap, two Common Chiffchaffs and a flyover Eurasian Hobby. The highlight was the refreshing pint and lunch at The Owl public house. Further shorter excursions here were also pretty birdless. 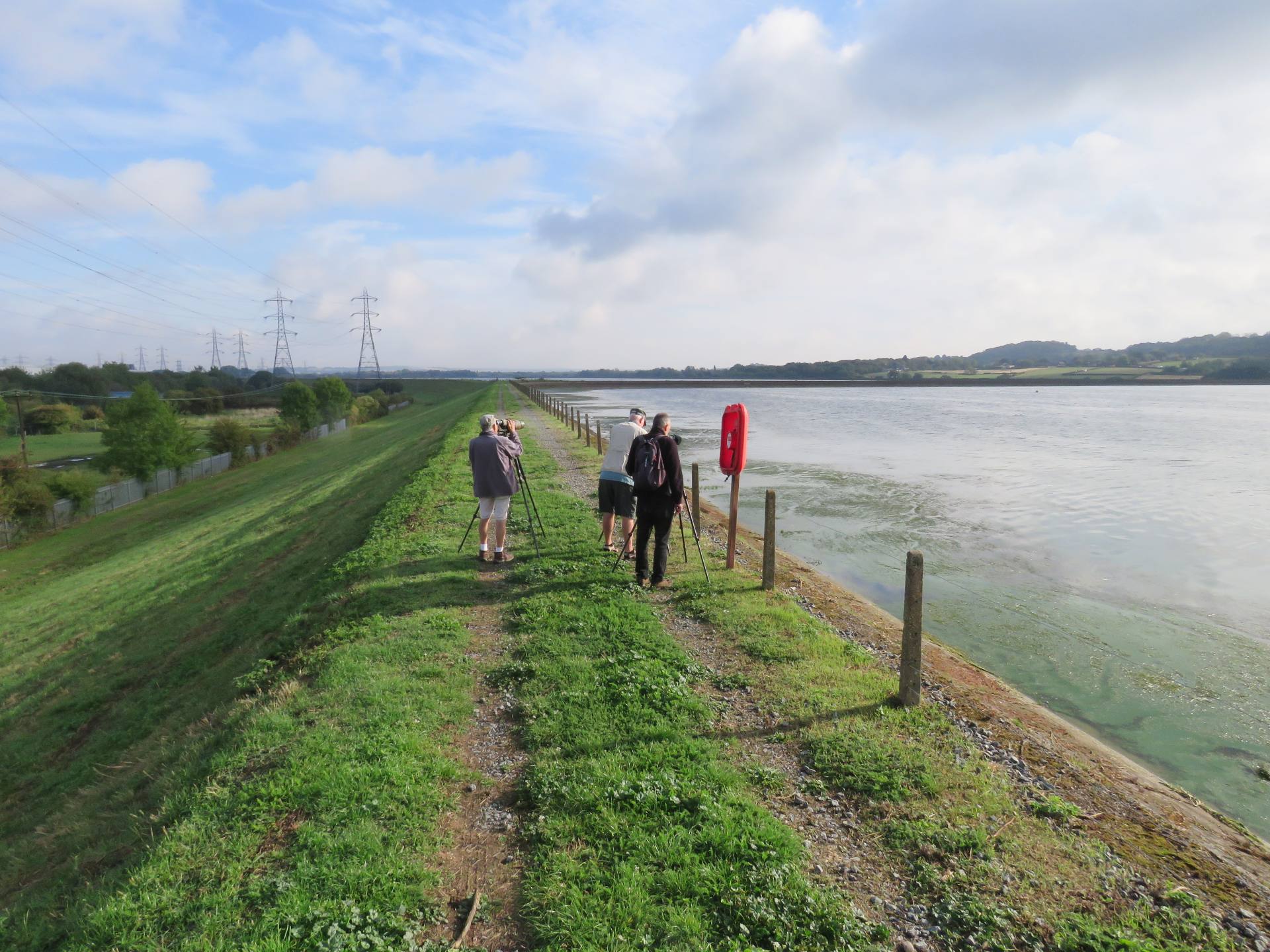 Some of the KGV Reservoir regulars looking north-east across the south basin towards the causeway (Ian Lycett).

Much of this area looks as though it has been specifically designed for chats, warblers, shrikes and Wryneck. A large area of scrubby bushes with open areas of rough grass and plenty of anthills lead down the slope from Queen Elizabeth's Hunting Lodge (the Tudor one) and onto Chingford Plain. I have seen Whinchat, European Stonechat, Northern Wheatear, and Black Redstart and Common Redstart here over the years, but never reliably or in numbers, and it always seems to be in the shadow of the nearby wonders of Wanstead Flats.

Whether that just benefits from a far more solid observer coverage or whether it is just geographically placed to attract more birds is an interesting question. I (and a couple of other locals) continue to work the Chingford patch regularly, and with an old record of Olive-backed Pipit it will no doubt produce something eyebrow-raising again at some point. This autumn was however very good locally for Spotted Flycatchers with several on several days, but my quest to find a Pied Flycatcher proved fruitless.

The evening chores on 17th were abandoned when I picked up a message from one of the other KGV stalwarts, Neville Smith, saying that he had found a Purple Sandpiper on the causeway. As far as we can recall, this is a first for the KGV and it was certainly a patch tick for me. By the time I arrived (after yomping past a Black-necked Grebe that was close to the bank), I was the only one there and it was great to watch this juvenile wader feeding at close range until dusk. It had moved on by the following morning, presumably heading for somewhere more coastal. 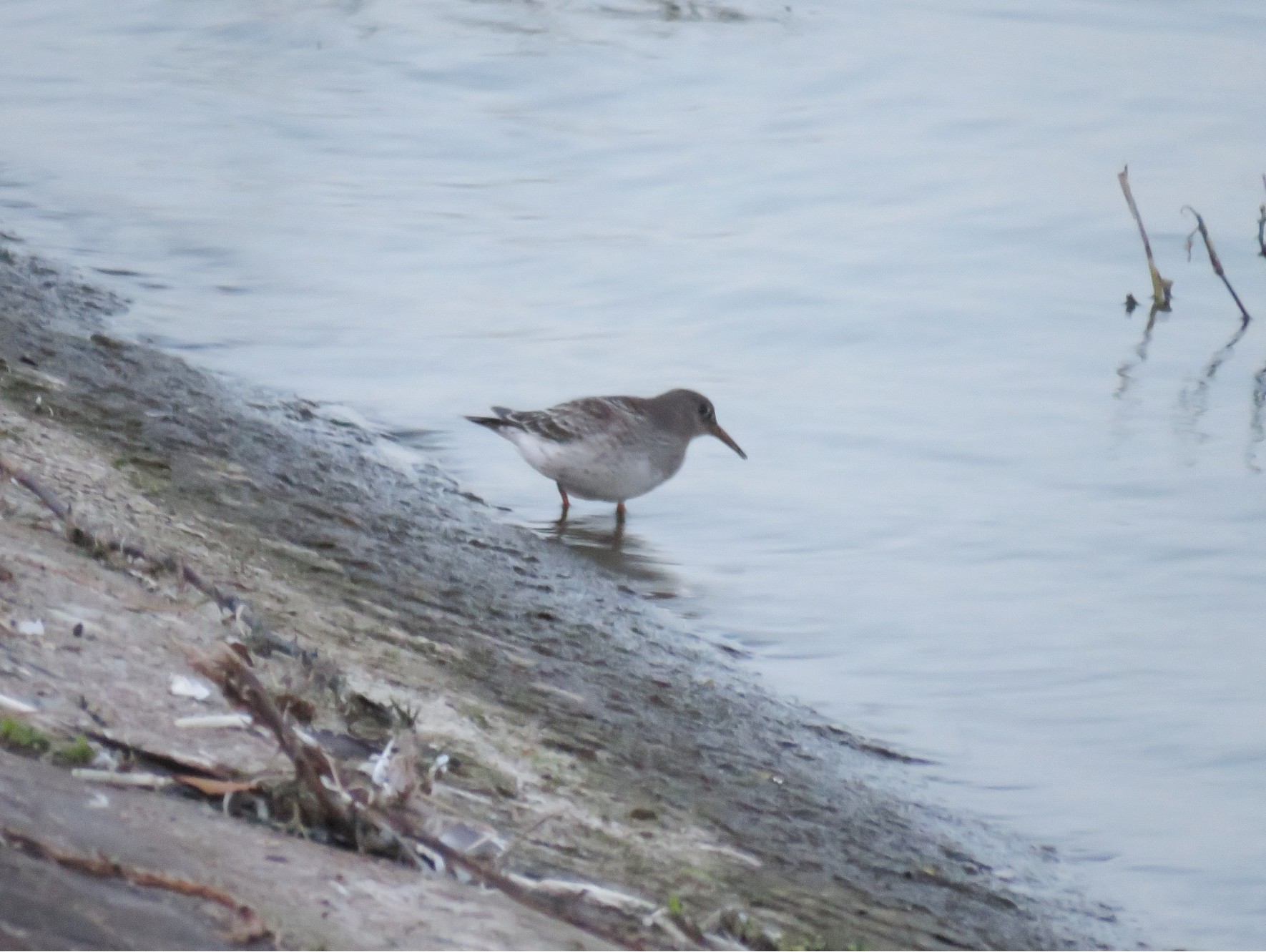 Entering the final week of the month a few Meadow Pipits started to trickle through and the 24th saw the first autumn stonechats. Tufted Duck numbers had built up to more than 1,700, with in excess of 100 Northern Shoveler and 30 Eurasian Wigeon being good counts. Small mixed flocks of hirundines were still moving south and a late hobby was trying to turn one into lunch.

September was a great month to be out birding locally. Each foray into the field has produced something enjoyable and sharing good birds and the company of fellow locals Nev, Harry, Phil and Stuart has been good for the soul. My patch list for the year has reached a respectable 121 with a few potential gaps to fill in before the 31 December.