November is probably my least favourite month. The days rapidly become shorter and darker, the weather worsens and trees become bare … all while you're acutely aware that winter 'proper' hasn't even started yet. Although it's got a track record for producing rarity surprises in my home county of Surrey, most years it's deathly quiet.

Pleasingly, I had a few distractions during November 2022, not least a week away, plus the start of crammed World Cup schedule to watch. Birding took a relative back seat as a result of these factors, but that I've still enjoyed some local goodies is testament to the continual satisfaction patchbirding brings, even in the duller periods.

My first outing of the month, to a nearby area of farmland near Shackleford on 2nd, featured the continued presence of two Black Redstarts that had arrived in late October. Curiously, both my south-west Surrey records of Black Redstart this year (including in March; see my diary entry here) have come in and around the same barn! I find this local scarcity likes to use the same haunts while passing through the area. 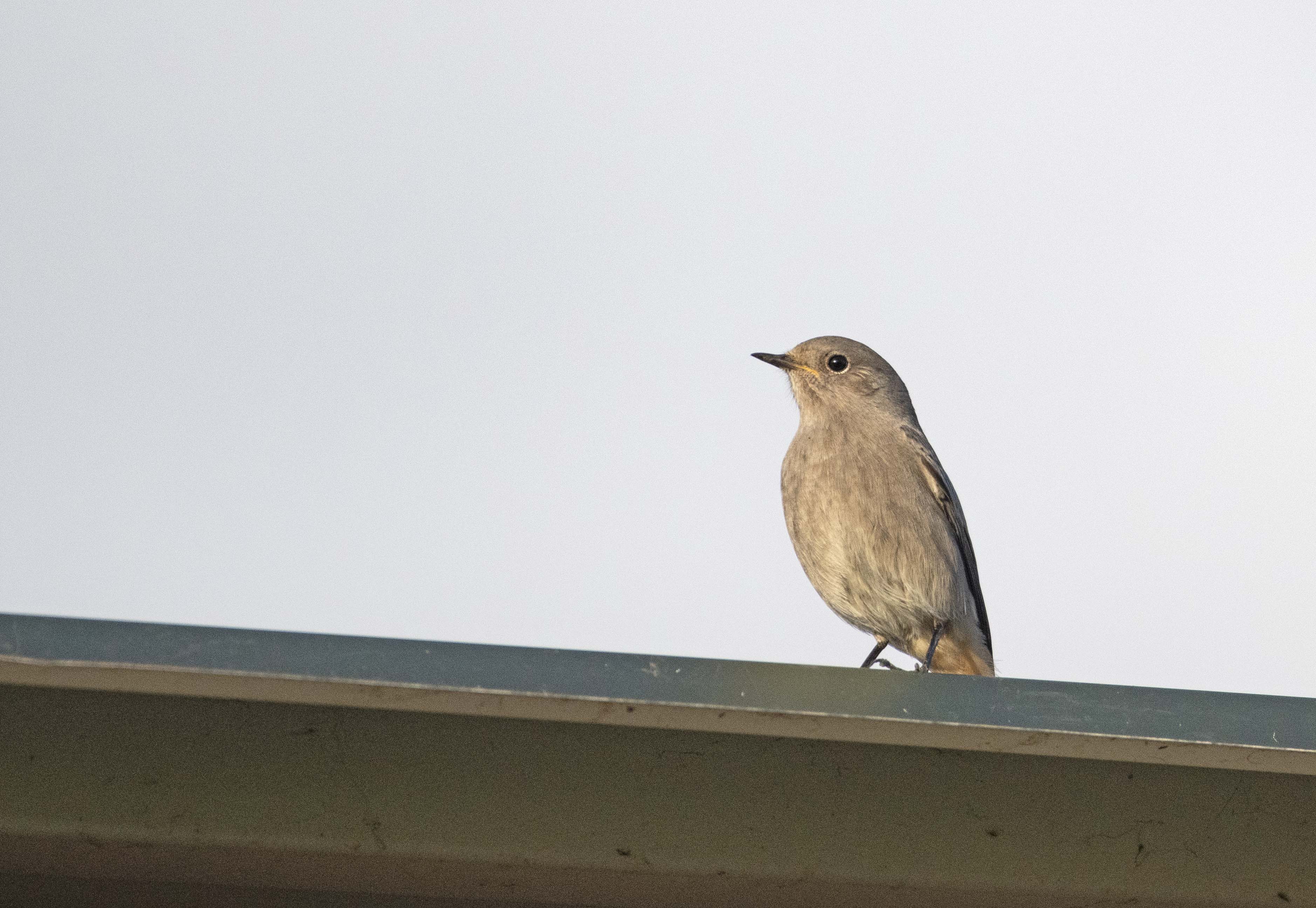 Two lingering Black Redstarts got November off to a good start (Ed Stubbs).

On 4th, the persistent south-westerlies finally switched, with a cool north-westerly breeze in play. The vis-mig season can run well into November here and I plumped for a session atop Shrike Hill, at Thursley Common. I was rewarded with a fun watch: Woodpigeons were on the move and, in an hour, I managed some 3,760 birds going south. Redwing flocks were travelling west on the continental line, with 500 tallied, along with two Bramblings, a few Eurasian Skylarks, 70 Common Starlings and a Yellowhammer (sadly a site rarity these days).

The highlight of the watch came when a Merlin dashed low north to the west of my viewpoint. The bird afforded good – albeit brief – views before it disappeared. Cold north-westerlies often feel good for Merlin around these parts (which is a county rarity!) and this was my first locally since October 2020.

The month was broken up by a week away. Typically, during this time, I managed to miss no fewer than three local year ticks! So, upon my return, I was back at Thursley and hunting two of them down: Hen Harrier and Great Grey Shrike. Unfortunately, latter only stayed two days, but I was pleased to connect with the harrier – a wonderful, ghostly male – as it came in to roost on 16th. It's always a treat to encounter this species. 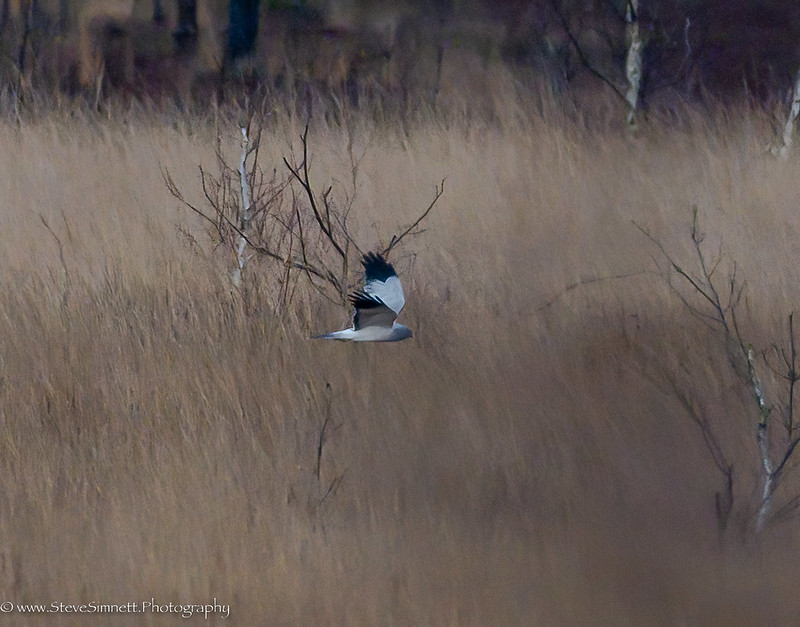 An incredible amount of rainfall had left water levels high by the back end of the month, meaning the water meadows along the River Wey had flooded. This turns certain stretches into wildfowl hot-spots – a particularly notable thing given the low number of ducks that are normally to be found in south-west Surrey. On 19th, I opted for a long walk along the river, to see if the floods had brought any unusual bits in.

The answer was yes. After encountering one of the weird, local Red-crested Pochard × Mallard hybrids on the Lammas Lands, I continued downriver where I located three Eurasian Wigeon at Unstead Water Meadows. As ridiculous as it'll seem to many of you reading this, wigeon is a local scarcity – this was only my fourth south-west Surrey record of 2022! I did say ducks were thin on the ground in these parts …

Already satisfied with my morning's work, I continued north to Shalford Water Meadows. It was quiet here, with little noted by the time I got to St Catherine's Pool. There, however, a true local prize greeted me: a nervous female Northern Pintail in among a Mallard flock. 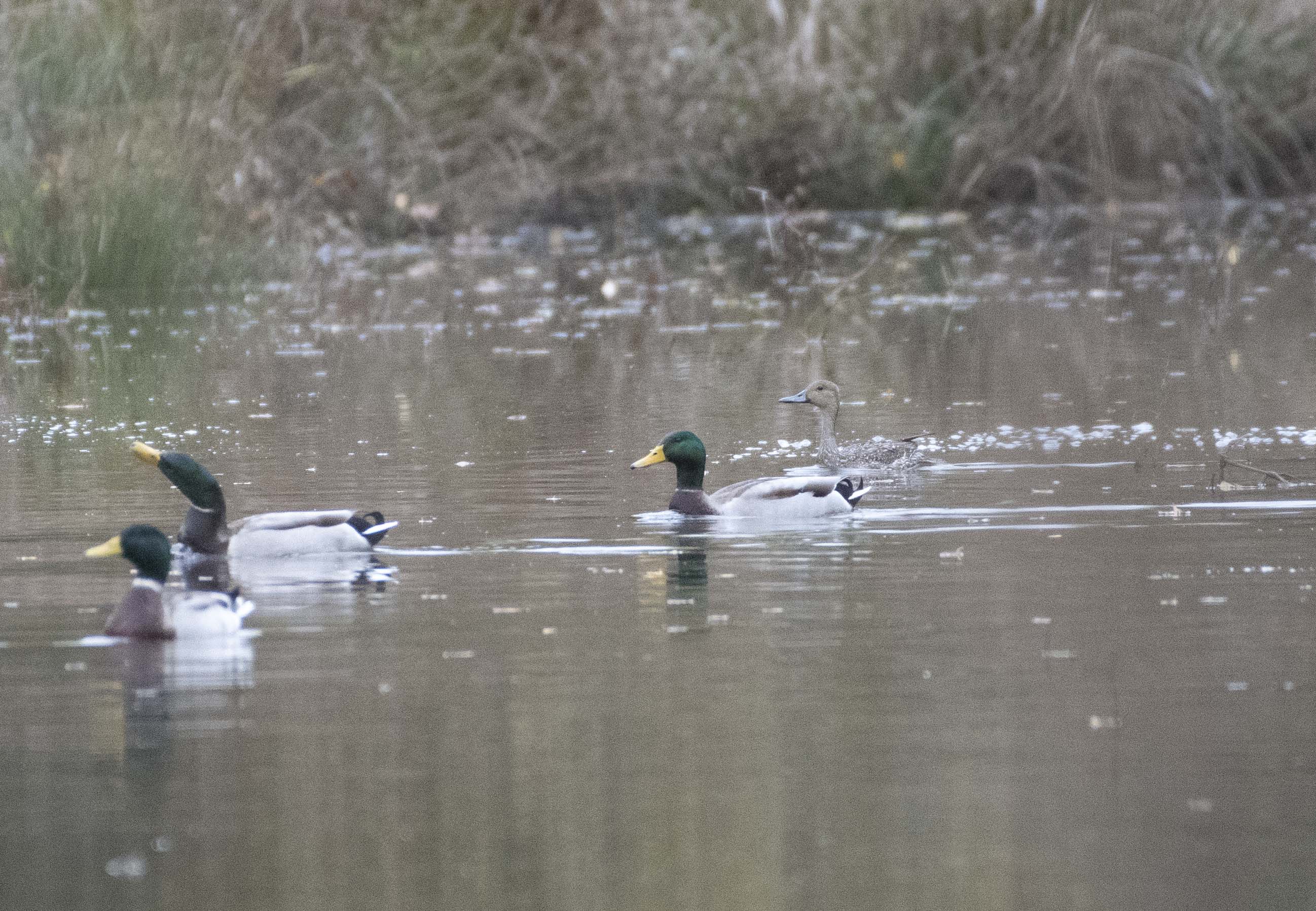 Outrageously enough this was my first on patch since January 2020 (there has only been two records since then). Pintail is genuinely rare in south-west Surrey and this discovery felt like a nice reward at the end of a long, muddy walk. Upon chatting to a friend who used to watch Shalford regularly, I learned this was the first site record since 1963. Mega!

My November highlights would barely be of note to many patchwatchers – but that's exactly why this form of birding is so rewarding. That deeper connection with a time and a place, and the context of the birds within them, is something special.