Patching has long been my favourite aspect of birding, so #LocalBigYear was essentially the same as always for me, but with a catchy name. Before I continue, it's probably best to give some context ...

For my local birding in 2022 I'd set myself the boundaries of the Warrington borough. This way I'd have physical boundaries to mark my area, opposed to the random border determined by a fixed radius. The borough itself is a similar area to the popular 10 km area used by many birders this year, so no harm done. Most of my birding takes place at Woolston Eyes, where I'm fortunate enough to be involved with the reserve's committee and management work. Rixton Moss, Risley Moss, Moore NR and some local horse paddocks all get regular checks too. Now, onto the birds. 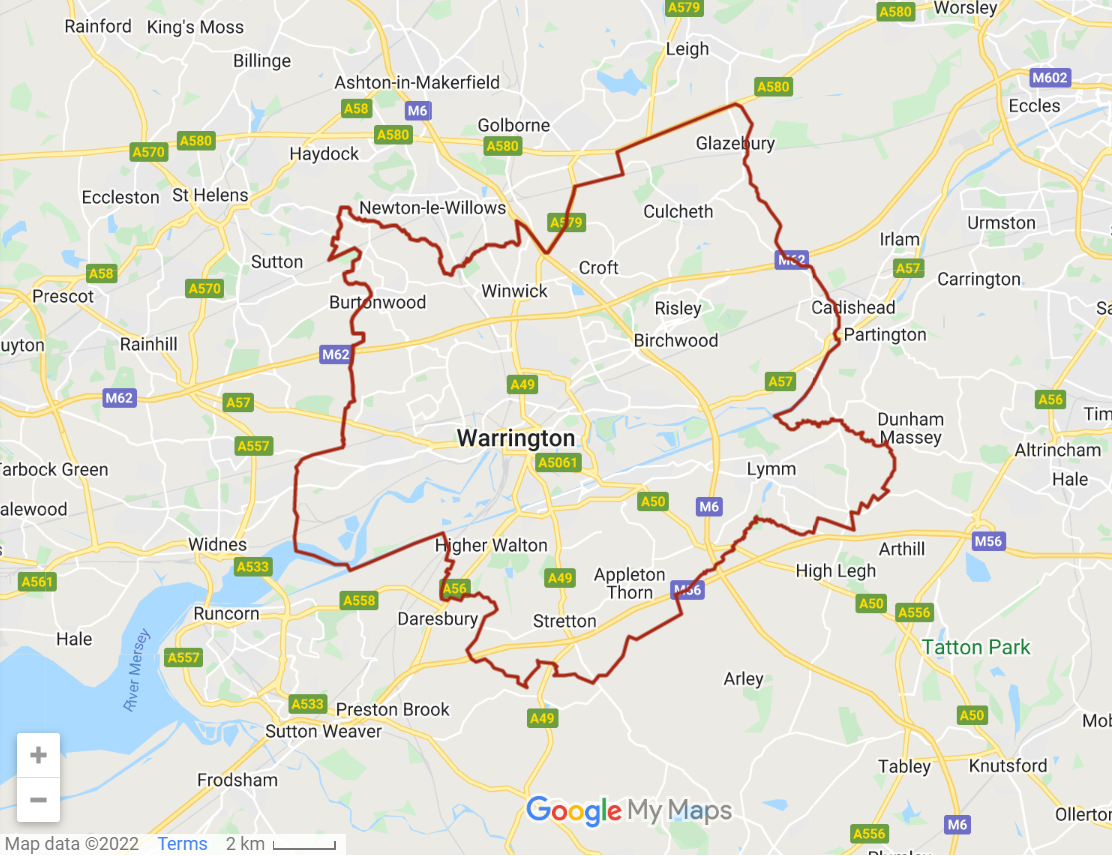 May. The word alone should inspire any birder, and so it should – 'rare' season is well and truly upon us. I came into the month riding the highs of April: Temminck's Stint and Ferruginous Duck were two pleasing finds and with a healthy supporting cast my #LocalBigYear effort was off to a great spring. In fact, the first day of the month saw me giving the reserve a check from dawn in the hope of relocating the duck I'd had the day before … no luck.

By 3rd Arctic Tern passage had reached Woolston, with nine through by late morning – a decent tally by our standards. Other bits included Whimbrel, Dunlin and a couple of Yellow Wagtails. Woolston Eyes is currently undergoing a bit of a makeover, with a large part of No4 Bed being turned into a big wetland. This means wader passage through the reserve is no longer consigned to the history books, and no fewer than 50 Dunlin moved through in May, with a handful of Ringed Plover also featuring. The 12th alone saw 34 Dunlin and five Ringed Plover, alongside the first proper movement of Common Swift and House Martin (450 and 200 respectively). 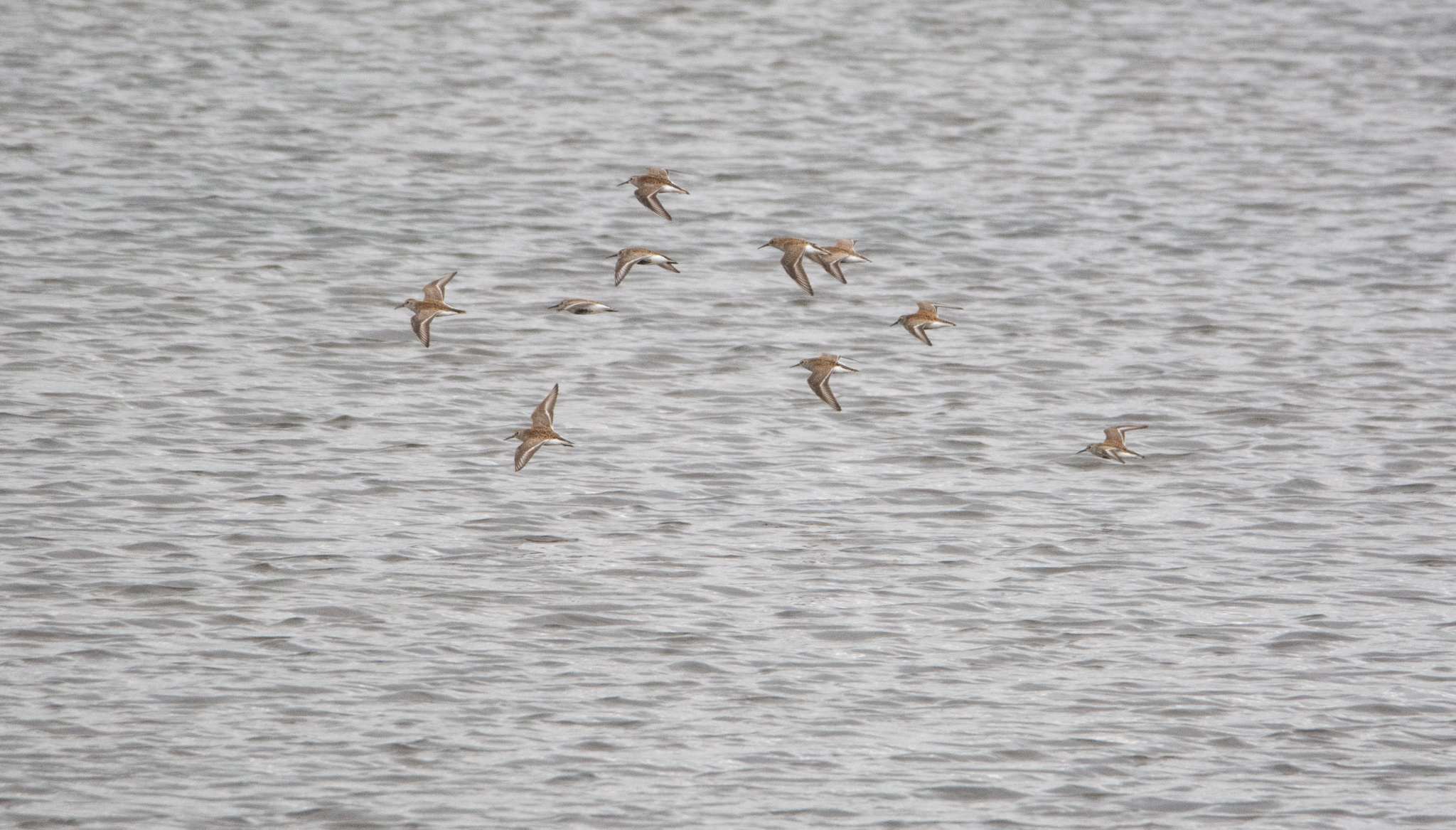 The month plodded on with Sanderling gracing the new wetland on 14th. Sanderling is a scarce bird for the reserve, as is true at any inland patch, but this was the first record since 2019 and the first 'twitchable' bird for a little while. A Greenshank flew through on 15th, followed by a third-summer Yellow-legged Gull on 17th. Yellow-legged Gull is also a decent bird for here, with this year and last seeing the first records since 2000.

Dunlin continued to pass through until the month's close, while Gadwall began their annual summer build up with 200 using the site by mid-month. No one truly knows where these birds come from; failed breeders? But from where? By June this figure should reach between 600 and 800, when they gorge themselves on the mat of duckweed ...

A stand-out highlight of the Woolston calendar is the arrival of the first Black-necked Grebe broods and the first three were located on 16th. By the 24th, some 10 broods were decorating No3 Bed and this rose to a minimum of 16 by 28th. This is already above average, and you'd have to go back some years to find a similar tally. Pleasingly, three broods have three chicks. A brood of three is something we celebrate, so to have three broods of this size already is good going. No matter how many years you see this (eight and counting for me now) it will always remain a privilege. 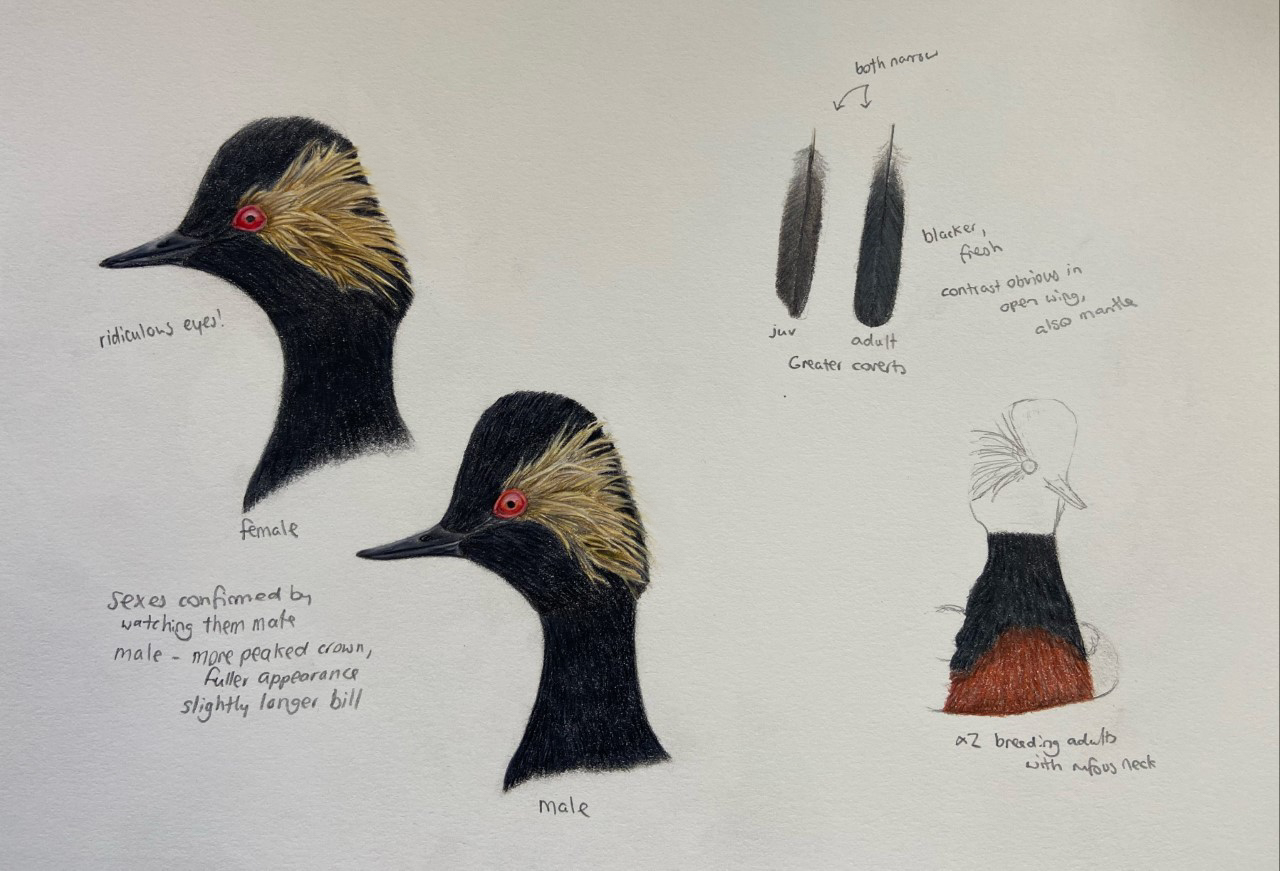 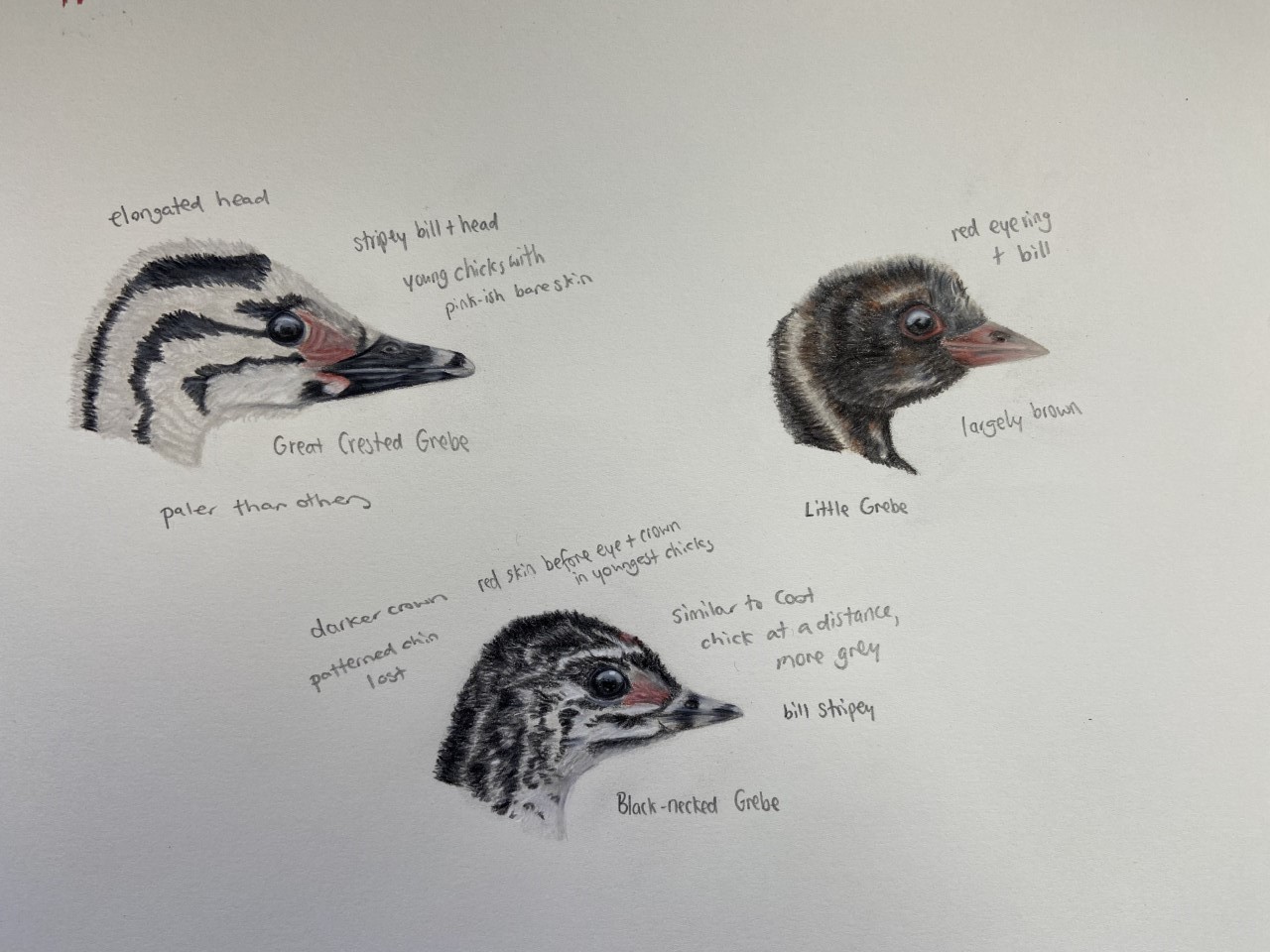 Once the chicks are a few days old the adults split the brood between them, typically with one chick per adult, making counting broods that bit trickier ... Fortunately the forecast looks largely dry and settled so the existing chicks should do well, and hopefully a couple more broods should emerge too.

Another scarce breeder is Common Pochard. The reserve has somewhere between 10 and 15 pairs on average, with as many as 20 some years. At the time of writing at least five broods have already hatched, so hopefully a good year to come for those too. Ringed Plover and Common Sandpiper are also both looking settled this season; neither species has bred on the reserve for decades. 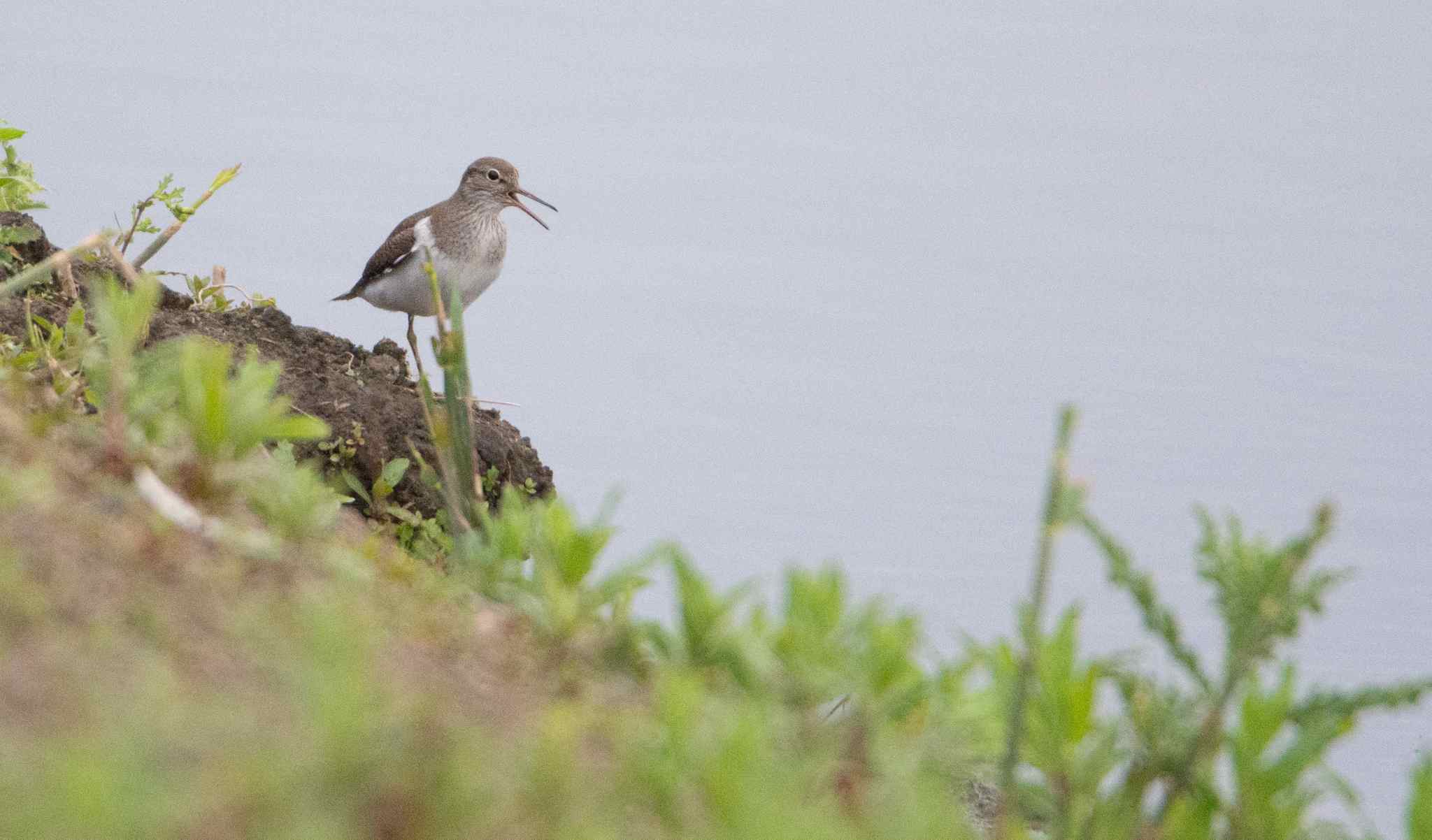 As I'd started to write this diary entry (on 31 May) a text containing the words 'White-tailed Lapwing on number 4 per Mike Lloyd' jolted me out of my chair and I abandoned everything. Got to the car, flat tyre. Nice. Fortunately, a slow-ish puncture, so with air swiftly pumped I was there in no time. Seeing a mega is great, always, but on your patch it's another level, a find or not. Walking on I bumped into Mike, grinning from ear to ear, as you would be.

The bird however took a bit of refinding on the eastern cell of the new wetland – which is actually still being dug! Luckily, with the help from the aggressive local Northern Lapwings, the bird eventually settled on the western cell which is viewable from an established path. This is already the 22nd species of wader to be recorded on the unfinished wetland – not bad if you ask me! The bird was still in place at dusk, the singing Common Cuckoo also present served as an equal #LocalBigYear tick – happy days. 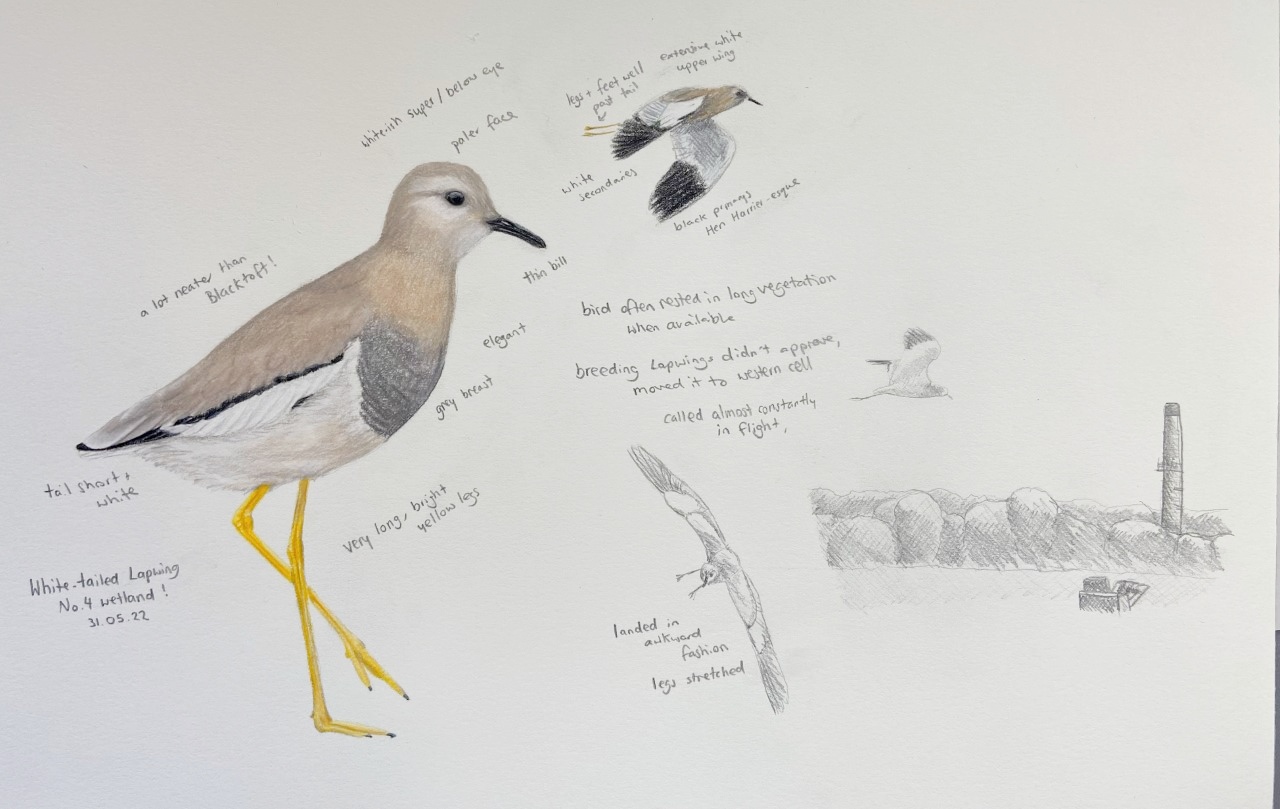 Who knows, with the habitat getting better by the week, there's certainly another rare or two to be added to the #LocalBigYear list. Maybe even another county first …