June is always my favourite month for getting out and immersing myself in the world of birds. However, it is by far the busiest time when it comes to monitoring and I find myself endlessly crawling among the gorse bushes and forever lugging a ladder around!

This year was a great one for my local patch encompassing most of the Gower, on the South Wales coast just west of Swansea. I'm fortunate enough to live next to a beautiful estuary, dense woodlands, saltmarshes and beaches, which is ideal when it comes to birding as there is always such a wide variety on offer.

It proved a rather sluggish start to June as it appeared to be a slower year locally for breeding species, although it was rather pleasing to find that one of our local Northern Goshawk pairs had been successful – with young calling from the nest. Otherwise, working on some new sites as an ecologist has been an exciting way to explore other areas off the beaten track, with Common Redstarts, Mistle Thrushes, Red Kites and European Stonechats all having a good time chasing each around the open grasslands.

After the initial slow first week or so, things rapidly started to pick up. When I say things, I mean everything started to hatch and fledge almost in unison. It was a delight to witness several European Stonechat and Northern Wheatear fledglings running riot over the clifftops of Rhossili. 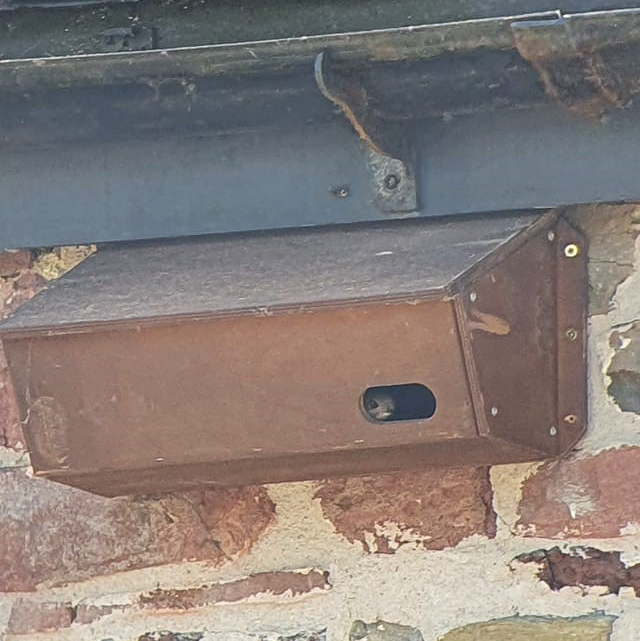 The truncated nature of hatching was somewhat less of a delight when it came to monitoring raptor boxes. Working with Tadorna Tours, we have a Landowner Partnership which helps local farmers, businesses and individual landowners to connect with nature. Currently, the project includes around 240 nest boxes (40 of them for raptors) which I monitor under license.

Tawny Owls, including at local schools and woodlands, look to have had a successful time, with 17 of our Tawny Owl boxes producing at least one chick each and a total of 25 young recorded. Six of our Barn Owl boxes produced two young each giving us 12 lovely white fluff-balls, and our five Common Kestrel boxes all produced at least two young each for a total of 13 young.

It's not all about the raptors. Monitoring Common Swifts has taken up much of my time, but you do get some good birding while waiting for the swifts to swoop on into their boxes. Since 2020, we have installed some 25 boxes at the Botanic Gardens of Wales with 12 of these already occupied by swifts. Another two are occupied by Common Starlings but I have a soft spot for them and don't have the heart to turf them out!

Monitoring work aside, it has been a fantastic month to explore the Gower coastline. Intertwined with the beautiful scenery are Chough calling from the rocks, perennially active Guillemots and Razorbills complete with a good nostril-full of guano odor, not to mention it is a great time to see seabirds like Northern Fulmar and – my absolute favourites – Manx Shearwaters gliding among the waves.