Living at the gateway to the Gower, on the South Wales coast just west of Swansea, I'm blessed to have a multitude of excellent habitats just a short distance from home. Much of my local birding is focused, unsurprisingly, in and around the national park, in particular the extensive sands and saltmarshes of the Loughor Estuary and the fields and scrub of Rhossili, a headland at the Gower's south-western tip.

Mumbles, a small seaside town home to the rich and famous of Swansea (Michael Douglas and Catherine Zeta-Jones own a property here), might not immediately appeal as a premier birding destination, yet a thriving population of Kittiwakes on the pier make it one of my favourite local spots to visit during the summer. From the pier's tip, it is possible to get up close and personal with my favourite British gull species, which nest on the struts holding up the lifeboat station as well as on specially-designed platforms on the adjacent old pier. On the Laridae front, Swansea Bay – and Black Pill in particular – boasts a storied history, with rare visitors including Royal Tern and Ross's Gull. For several years, the site was well-known for regular Ring-billed Gull sightings, after playing host to Britain's first as recently as March 1973. Although the species hasn't been reliably recorded since 2014, it is not as well watched as in the past and frequent checks of the site's gull roost will undoubtedly prove a regular fixture for the rest of my birding year.

The wider area hosts a number of Mediterranean Gulls outside of the breeding season, with July seeing the first returnees resplendent in remnants of their breeding plumage. A few hours rockpooling at neighbouring Bracelet Bay produced my first examples since the spring, with two black-headed adults accompanying a fresh juvenile on the rocky beach.

Back home, a particularly fruitful flying ant swarm mid-month saw me jumping up from my desk and running out into the garden – an adult Mediterranean Gull was vocally circling overhead amid throngs of Black-headed and European Herring Gulls!

Another site impossible to overlook in my #LocalBigYear area is Rhossili. Productive in all seasons, July served up a platter of juvenile Chough and Northern Wheatear along the clifftops, while Dark Green Fritillaries danced over the heather. Colonies of Northern Fulmar, Guillemot and Razorbill on Worms Head were in full swing, thankfully managing to avoid the avian flu epidemic blighting so many others across Britain. 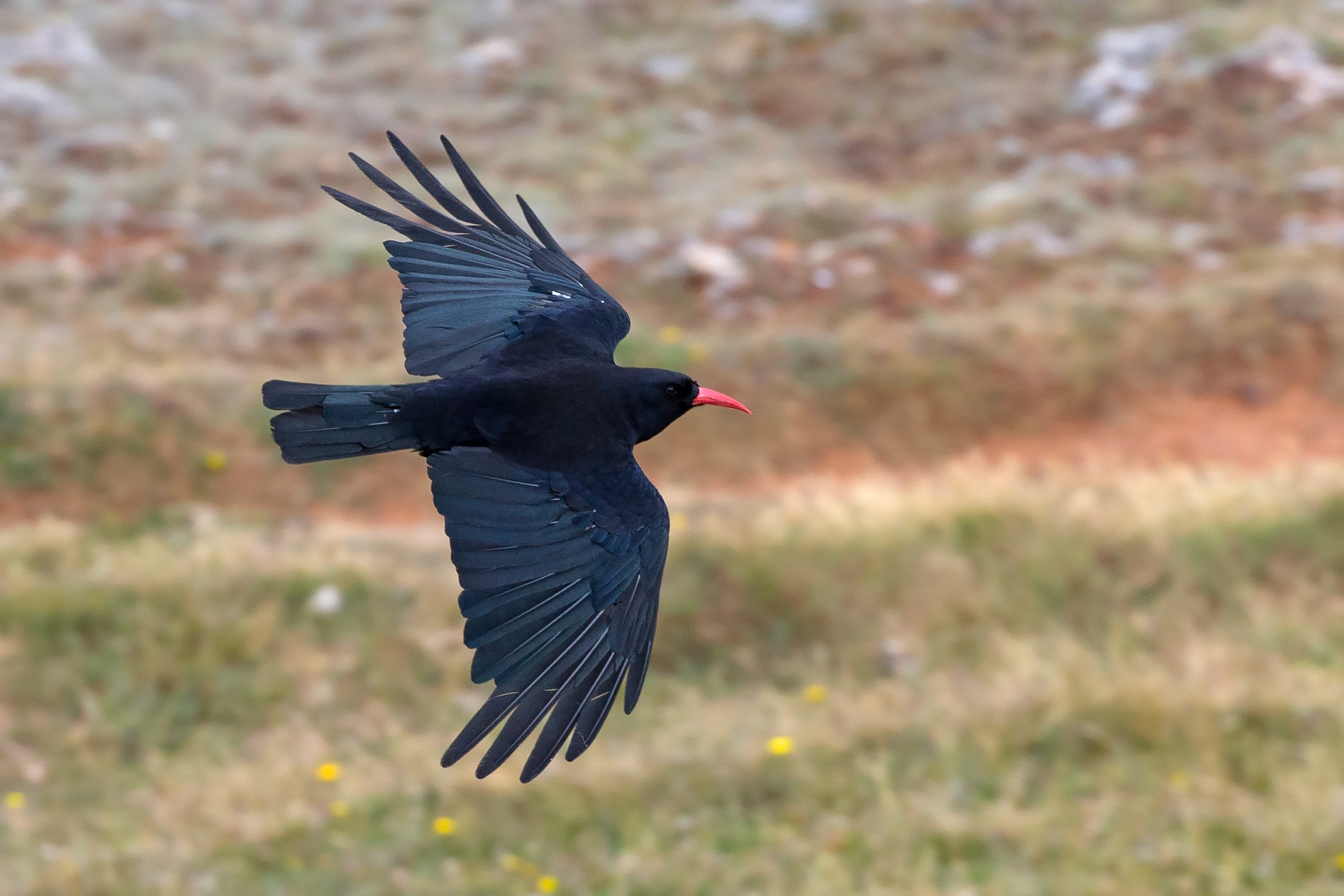 Chough are a staple fixture of the Rhossili skyline (Sam Viles).

Lundy Island, Devon, lies nearly due south of the headland and is visible even on a wet and dreary day. Coupled with Pembrokeshire's mega-colonies, the region is home to well in excess of 50% of the world's breeding population of Manx Shearwater. Seeing them well off Rhossili can largely depend on a nearby food supply, but on a good day can prove outstanding. Gleefully, a couple of visits during the month proved fruitful – over 3,000 birds could be enjoyed going about their business just a short distance offshore.

The popular sunflower fields at The Vile, an ancient farm just inland of the peninsula, will soon be in full swing, drawing visitors from across Wales and providing a plentiful bounty for migrating passerines. Does a rare pipit or bunting lie in wait during the weeks and months to come, perhaps?

Unsurprisingly, July is one of the quietest months on the Loughor Estuary. The end of the month, however, saw the first returning waders to their winter quarters, with Oystercatchers, Bar-tailed Godwits and Eurasian Curlew most evident. Last autumn saw the estuary produce a possible Semipalmated Sandpiper alongside Curlew Sandpipers and Little Stints. Finger's crossed that this year proves equally lucrative!