Crikey – didn't 2022 go fast?! The 11 months since I wrote my opening #LocalBigYear summary of the year seem to have zoomed by at a supersonic rate.

Unfortunately, a supersonic rate couldn't be applied to my pace of year list additions in the closing months of the year. December promised much – in late November I was looking excitedly at the long-range forecast, which was adding up in favour of a prolonged cold snap. "Excellent," I thought as I remembered recent productive freezes in February 2021 and March 2018. "Quality winter birding is on the way!"

Unfortunately, it didn't pan out that way and, although the cold weather did arrive, it didn't really seem to shake things up as I might have hoped. Aside for a couple of Blackcaps moving into the garden and a brief Smew on the local pits, the freeze didn't produce much. Soon, almost all of the local waterbodies were frozen solid and most of the wildfowl had cleared off. 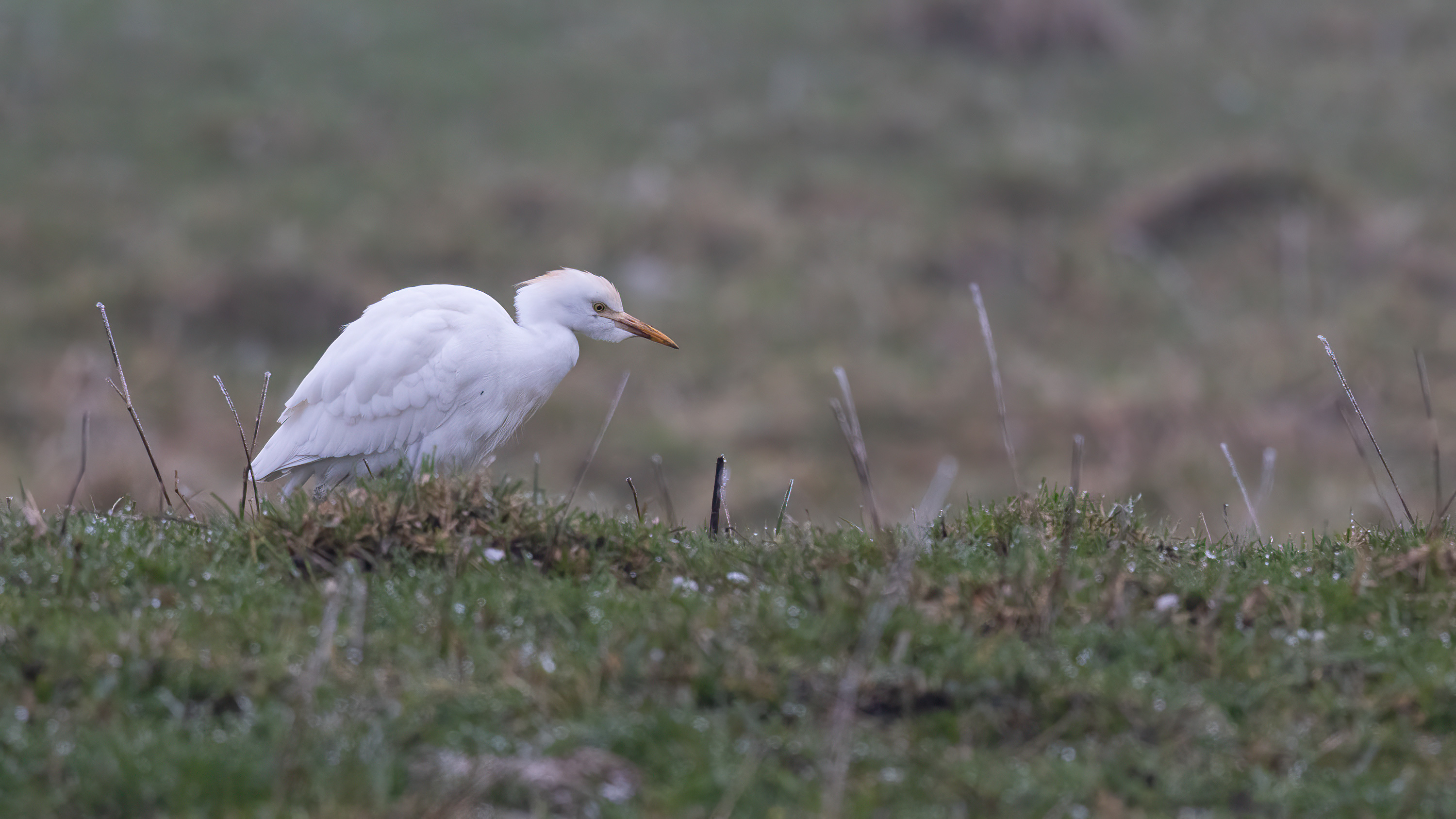 It was a quiet end to the year in south Lincolnshire for Josh, with this Western Cattle Egret being one of the few notable birds seen (Josh Jones).

This was the latest in a long line of disappointments in the final quarter of 2022. After passing my initial target of 180 species in early September (a moment of great satisfaction I must add), I began to wonder if I might even push 190 by the end of the year. When I added Bearded Tit on 27 October, taking me to 183, that target still felt realistic, given there were several possible waterbird additions that the second winter period might deliver, as well as Hen Harrier and perhaps one or two other surprises along the way.

What I wasn't banking on was that one of those surprises would appear on first day of December. A Red-flanked Bluetail, no less, one of just a handful of inland British records ever and just a few miles from home at Deeping Lakes. The only issue with this dream local bird's discovery was that I had just got off the Eurostar in Brussels and there was simply no way of me being there to see it until the following Monday.

I was gutted. After weeks of intensive local birding, producing virtually no birds of any note, the bird of the year appeared within hours of me leaving the country. What are the chances? Local birders tried to reassure me. "It looks settled," they said. It turned out the bluetail had already been there four days, so surely it lasting a few more were within the realms of possibility? Not so, it seems. The bird inexplicably disappeared in the middle of the day after performing well for all of the morning, never to be seen again. Suspicions are that it was predated given its sudden 'departure'.

I went through the motions on the morning of Monday 5th, forlornly trudging around Deeping Lakes in the vain hope that the bluetail might pop up onto a branch in front of me. It didn't, of course, but I was afforded some consolation in the form of a pair of Greater Scaup on the adjacent lake. As I alluded to in January, this species is quite scarce in these parts nowadays, so this lovely brace – one male, one female – wasn't to be sniffed at. 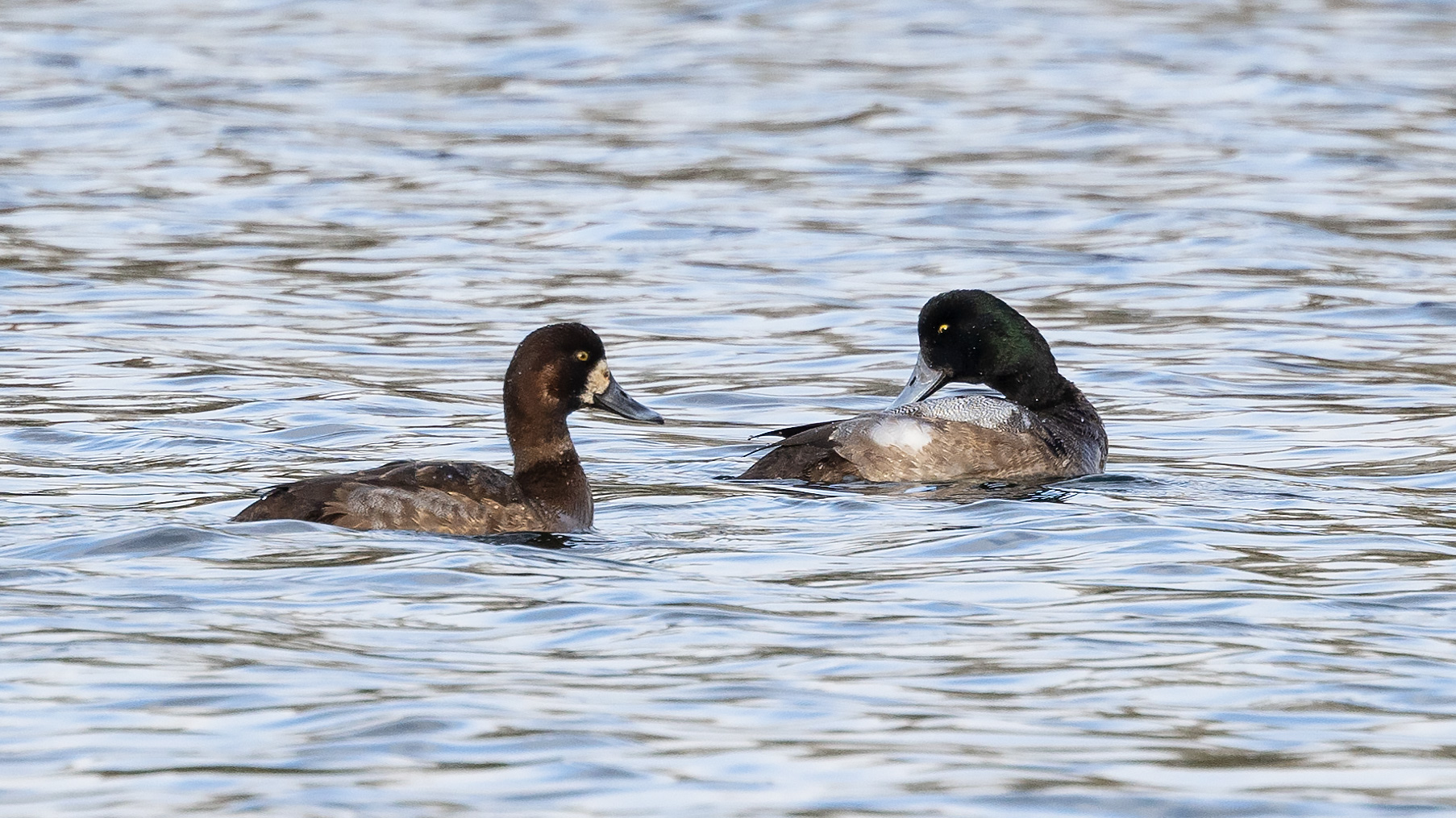 These Greater Scaup were a welcome distraction from the distress of dipping a local Red-flanked Bluetail (Josh Jones).

My non-stop efforts continued in the run-up to Christmas, as temperatures yo-yoed outrageously from -11°C to 14°C in the space of a few days. A sign of our ever-more volatile climate, but unfortunately not producing any good birds this year ... even the promised Waxwing invasion had fizzled out and what had looked a guaranteed year tick a few weeks previous now felt well out of reach.

Of course, this is what patching is all about. With the occasional heady highs come the inevitable lows, and I've just had to accept that the final months of 2022 were not 'my time'. I've had more than my fair share of luck in 2022, with Gull-billed Tern, European Honey Buzzard and breeding Long-eared Owls being some of the numerous outstanding patch moments.

I did eventually get another addition to my year list, which meant I finished on 184. That last species was, quite bizarrely, a Ring-necked Parakeet, which came in from the south and across the fen, squawking frenetically and briefly divebombing a Common Kestrel before perching for a few minutes, only to depart again to the north in similarly noisy and frenzied fashion.

What was it doing? Where was it going?! I had to smile, wryly at least, for it seemed like a strangely suitable way to cap off a low-key finish to a highly enjoyable #LocalBigYear, reminding us as patchbirders that we can never quite be sure what might pop up next. And the fun all starts again in January!