"Ability is of little account without opportunity" (Napoleon Bonaparte)

Much of the witchcraft involved in finding birds is chance. I suspect Bonaparte clearly knew that you have to adopt the "I don't go birding I am birding" philosophy to increase your chances of regularly finding birds. Anyway, it's April 2022 and the Local Big Year challenge has found me, the old bloke in the BirdGuides news team, trying to make the most of the opportunities and confirming to myself that chance still plays no small part in turning up birds. 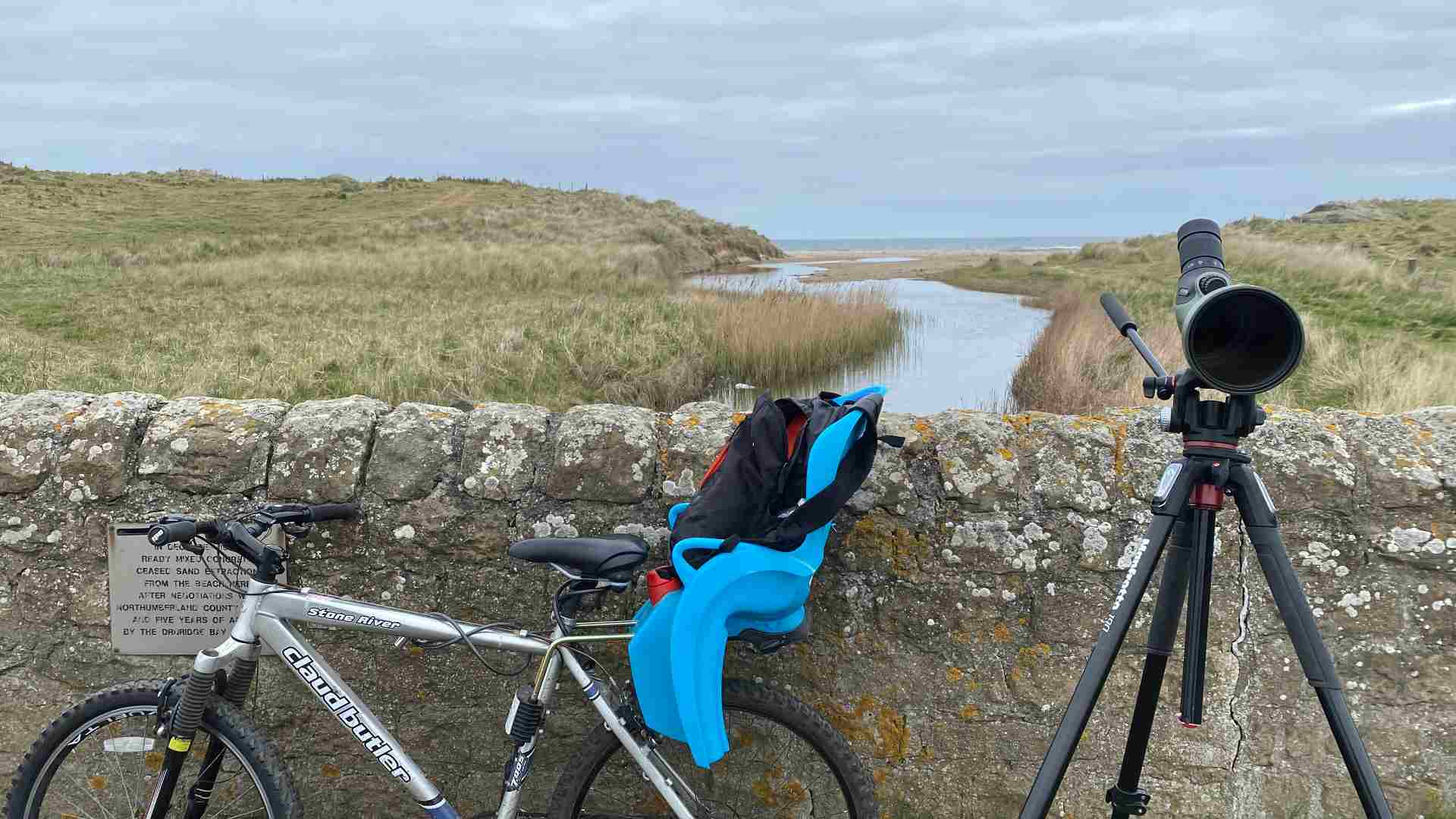 It would have been foolish not to kick off the month at Newbiggin as there had been a Black Redstart reported on the last day of March. As it happened I turned up two female-types bouncing around the sea defences together, after which a walk north to Beacon Point added a single Red Knot from the high tide wader roost, a species that had eluded me in the first three months. To be honest, while not adding to the Local Big Year total, five littoralis Rock Pipits beginning to glam up nicely for the journey home to Scandinavia were far more interesting.

Later that evening a vigil at one of last year's Long-eared Owl sites proved productive as one softly slipped out into the semi-darkness. A few days later I had much better views of another still hunting early morning at a second site ...

News arrived on 2nd of a Garganey on Bothal Pond found by a visiting birder. I dashed out almost immediately and was lucky enough to add a second bird (a female) into the mix. By now I felt like I was on a hot streak, but the following day I was on 'dad duties' as my son had an away game for Newcastle United at Sheffield United.

Late that afternoon as we drew close to the end of our return journey we were approaching Ashington as a large bird came into view flying away from us at treetop height. 'This is big' I thought as I slowed the car a little. We drew alongside the bird as it banked and any thoughts of White-tailed Eagle were immediately dispelled by the long legs and neck of a Common Crane. It turned away from us and began to move west and we continued north, losing it behind us. A brief, chance encounter of some 10 seconds, only made possible by always having birding layered over any other activity I'm engaged in. Common Crane was a smart find early in the month (Arto Maatta).

Finally succumbing to COVID-19 in the middle of the month meant birding opportunities were reduced; school holidays and activities further eroded any prolonged time in the field. What felt like a month-long cold spell here in Northumberland also seemed to slow the arrival of spring migrants to a trickle. A non-singing Willow Warbler on 9th, a good steady movement of Sandwich Terns off Newbiggin Point on 12th and a first singing Blackcap working its way inland along the Wansbeck river valley highlighted. For the first time in over 30 years I year ticked all three common (at least they used to be) hirundines on the same day at the local pond in light rain on 12th.

We expect the first Northern Wheatears in the last week of March here in Northumberland but it was 13 April before I picked up a group of five flashing around the fairways at Newbiggin Moor. As ever it felt like meeting old friends after a long absence.

Calling in for other people's birds at sites within my 10 km limit added Ring-necked Duck, Eurasian Spoonbill and Little Ringed Plover over the next few days, but it would be close to the end of the month (27th) before I could put in a full day again. Northern Wheatears were late arriving back this year for Alan (Neil Loverock).

Puffing and panting but determined to buy into the low carbon birding as part of this local big year challenge, I headed for Cresswell Pond on the bike (now rigged up to carry scope and tripod via an old kid's seat) to twitch the drake American Wigeon that had lingered several days.

Singing Lesser Whitethroat and Sedge Warbler en route ensured the yank was the third tick of the morning and gave me the positivity needed to push north to the outer edge of my 10 km circle and add four Whimbrel at Druridge Pools. Returning through mostly quiet lanes and hedges did add a Common Whitethroat to see me end the month on a tidy 153.