Gamekeepers have historically played a pivotal role in the management of vast areas of rural Britain. At the turn of the century armies of gamekeepers were employed to enhance numbers of wild game, mainly Grey Partridge, Common Pheasant and Red Grouse. These were to be harvested by the landed gentry in late summer and throughout the winter.

In ensuring there were suitable numbers to be taken, the control of a range of species was undertaken, which were known as vermin. Anything that had the potential to impact the productivity of game was ruthlessly removed from the landscape.

At this time farming was considerably more favourable to native flora and fauna, and the productivity of those species used for game flourished with the rich abundance of invertebrates so important in the first 30 days of these birds' lives. Weather patterns were relatively stable, and the pressures of people were relatively low. 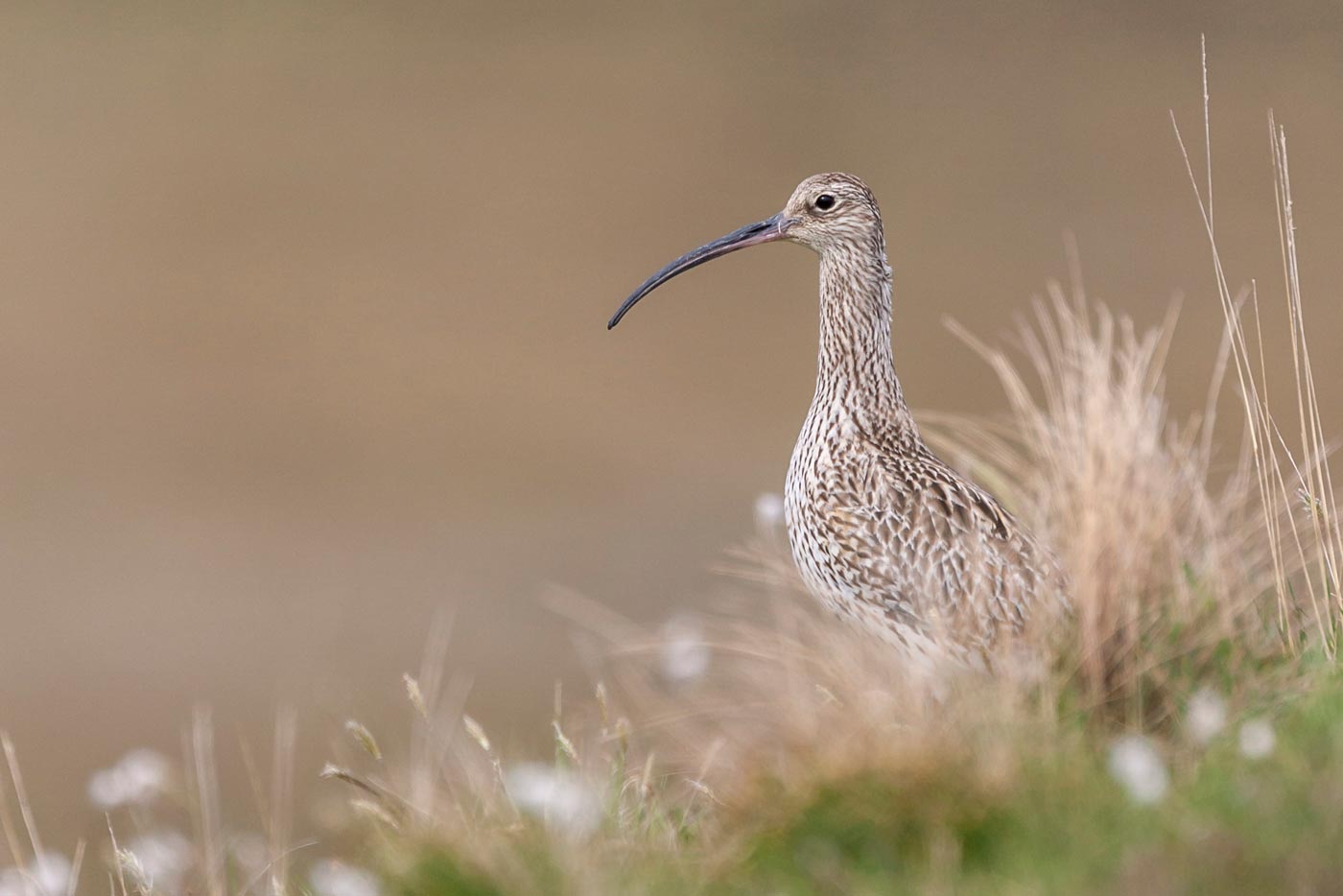 Eurasian Curlew numbers have declined significantly across the UK; RSPB research in Northern Ireland has identified high levels of predation on nests as the likely cause of these declines, with foxes being the most numerous predator (Oliver Smart / www.smartimages.co.uk).

Fast forward 100 years and the landscape is much changed. Wild landfowl have seen similar declines as those of many of our farmland and woodland birds. The intensification of agriculture has left little space for wild game. There has been a gradual transition from wild landfowl to released birds, with some suggesting more than 60 million individuals are released in the UK annually.

Moorland management has benefitted from science and technologies, with the introduction of medicated grit, night vision and thermal. Grouse bags have been some of the highest ever. Moors are now able to hold greater stocks of breeding birds by mitigating the impacts of worm burdens with medicated grit, and the peaks and troughs of grouse harvests are now few and far between. 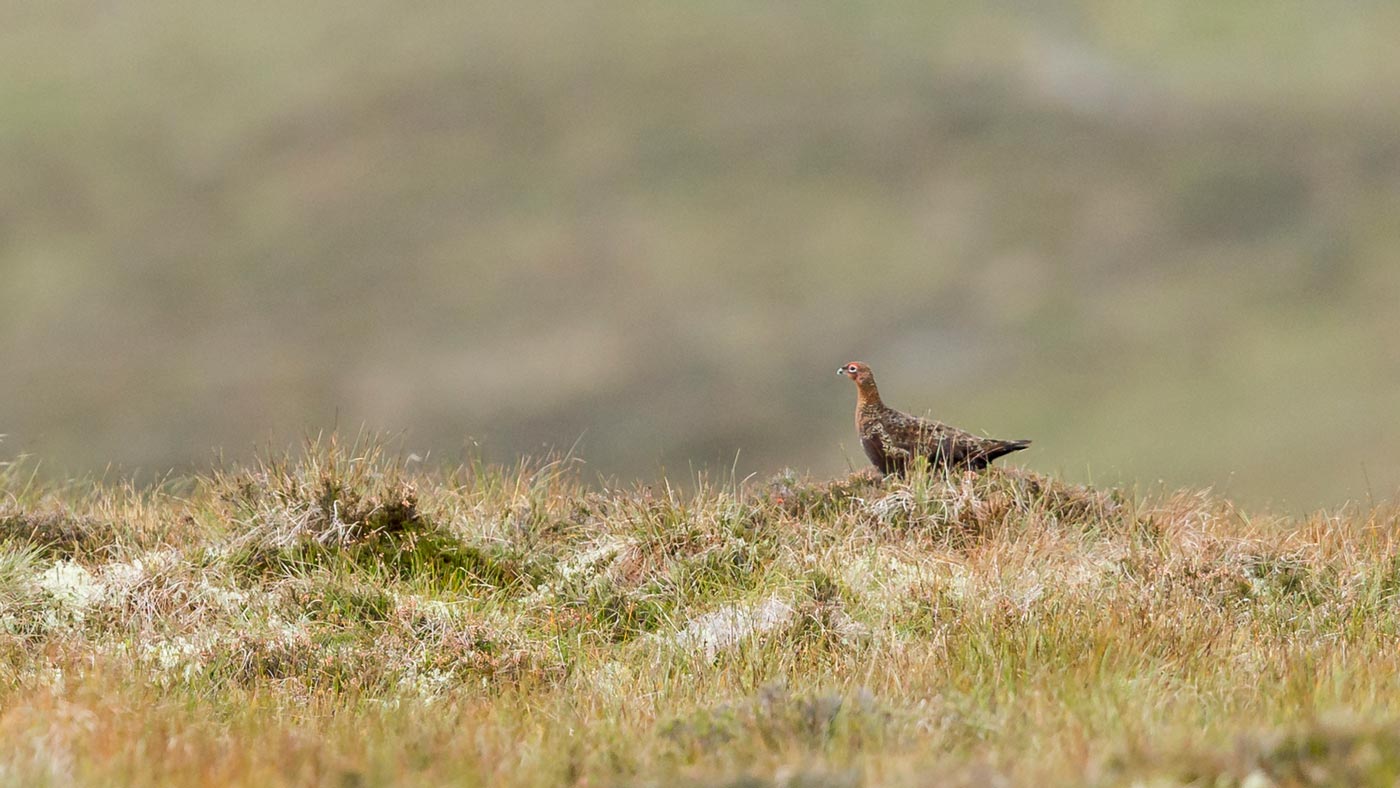 The RSPB acknowledges that in some upland areas, the control of foxes and crows by gamekeepers managing moorlands for Red Grouse shooting may be important in maintaining breeding curlew populations (Oliver Smart / www.smartimages.co.uk).

Added to this, the British deer population is at its highest ever, with the rise of Muntjac throughout the country, the steadily increasing Chinese Water Deer in the east and the explosion of Fallow in the west. All these species are having impacts on woodland bird populations.

There are seismic changes coming to the way food production is being supported, away from direct payments to land occupiers. The transition process is already underway to pay those that occupy land in all their forms to receive income from ecosystem services. Agricultural support in its current form of direct and top-up payments for environmental schemes is not exclusive to farmers. The RSPB and the Wildlife Trusts all benefit from this support, as do many shooting interests. A significant proportion of agricultural businesses that have entered environmental schemes have a shooting interest, and many will employ a gamekeeper.

The gamekeepers' role will have to change, too. So, what might they do differently from what they are doing currently? With many gamekeepers and shoot owners buying in young birds, rather than rearing them themselves, we have an opportunity in the gamekeepers' calendar for them to carry out roles that historically they have not.

Much of what we know about bird populations is carried out over a relatively small area of land. Most of this land is not managed with a game interest. It is well recognised that seasonal species management, reducing particular predators, can have beneficial impacts on numerous ground-nesting species. Recently the RSPB posted a video online suggesting half of England's most threatened breeding birds nest on the ground – the gamekeeper's interest has always been in these species. So surely, we have a wonderful opportunity here to utilise their skills to help protect those birds that nest on the ground, while ensuring such benefits aren't exclusive to species used for game.

Seasonal fox control carried out once breeding territories have been established, as early as December, has without doubt some of the biggest positive impact on ground-nesting bird populations. Closely followed by corvid control – primarily Carrion Crows. Many others within the corvid family are opportunists rather than avid hunters of bird nests. 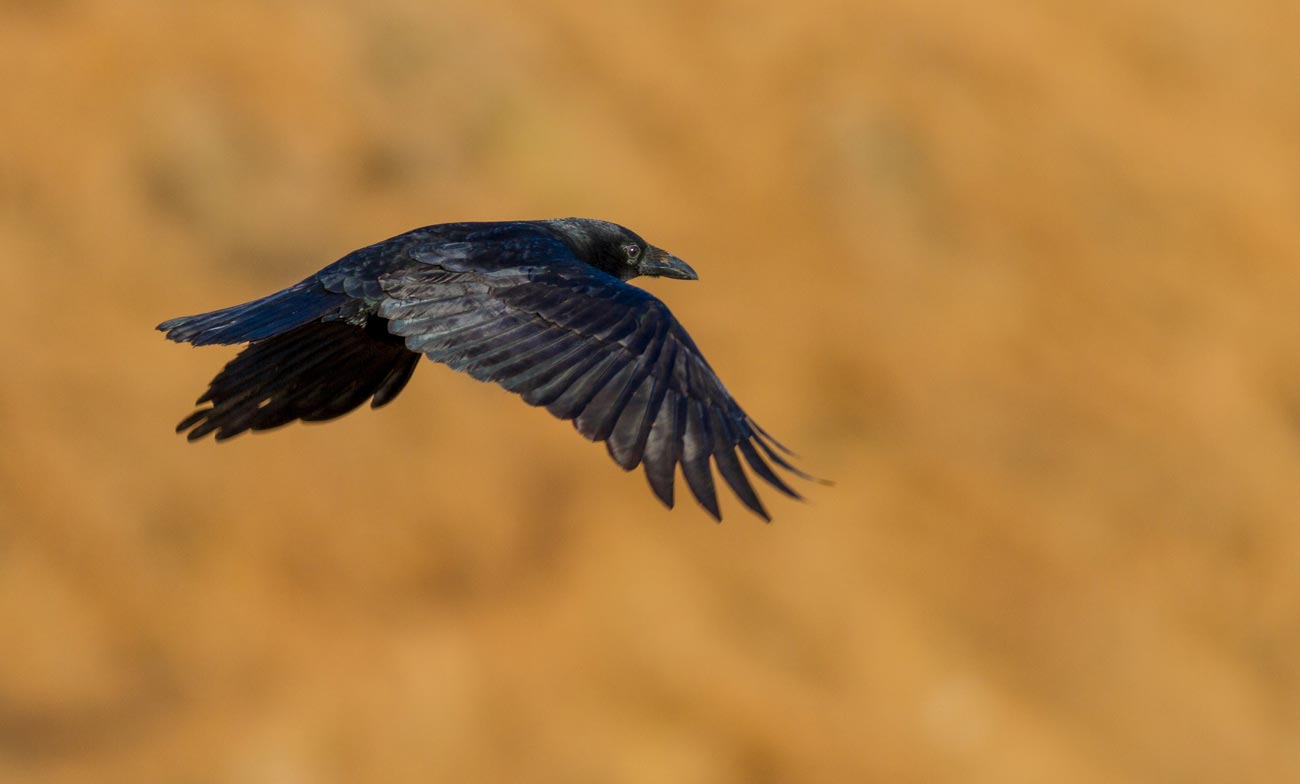 Control of predators such as Carrion Crow can have beneficial effects on ground-nesting birds (Rebecca G Cole).

The removal of crows is very seasonal as they are particularly intelligent and in many cases are wary of Larsen traps. Once the trap is placed within a territory and the territorial birds become aggressive to the call bird, removal can take place. It is not simply placing a trap on the ground; time spent in the field understanding where individual territories are is the skill of the gamekeeper. And Larsen traps may have to be moved daily for effective control.

Although gamekeepers can have positive effects, some of the current practices can be negative. The placing of large quantities of grain to feed landfowl can increase rat populations, which once removed the rodents then spread wider across the countryside and inevitably feed on birds' nests. However, this grain also benefits many other birds, particularly in the time of year known as the 'hungry gap' between February and early April.

The removal of key predators at the right time of year, for the right reason, can and does benefit many ground-nesters. All this control is of little purpose, though, if the habitat for the birds is not suitable, and this is, I believe, the future role of the gamekeeper, particularly in the lowlands.
With the change in government policy and a move towards rewarding occupiers for ecosystem services, gamekeepers are well placed to install and manage habitats that benefit ground-nesters. They have a real understanding of what is best for birds and a deep knowledge of their patch, to know where this habitat is best placed and where this knowledge is lacking, advice from conservationists should always be welcome.

Conservationists who work in the field and gamekeepers share many opinions of what is needed on the ground. Knowledge exchange is fundamentally key. Unfortunately, this is sometimes not the case the further you travel up the hierarchy of nature conservationists.

Gamekeepers can carry on doing what they have historically done and remove particular predators from the landscape for the benefit of multiple species. They can provide and manage a range of habitats that offer food and nesting areas. There are some fantastic examples throughout the countryside where this takes place.

This work must continue, but there is one piece missing from this puzzle, and that is the collection and recording of species abundance and productivity. Historically many shoots have failed to record wider biodiversity and focused mainly on recording bag return and predator removal numbers. Unfortunately, many shooting interests prefer not to record the latter for the fear of reprisals. 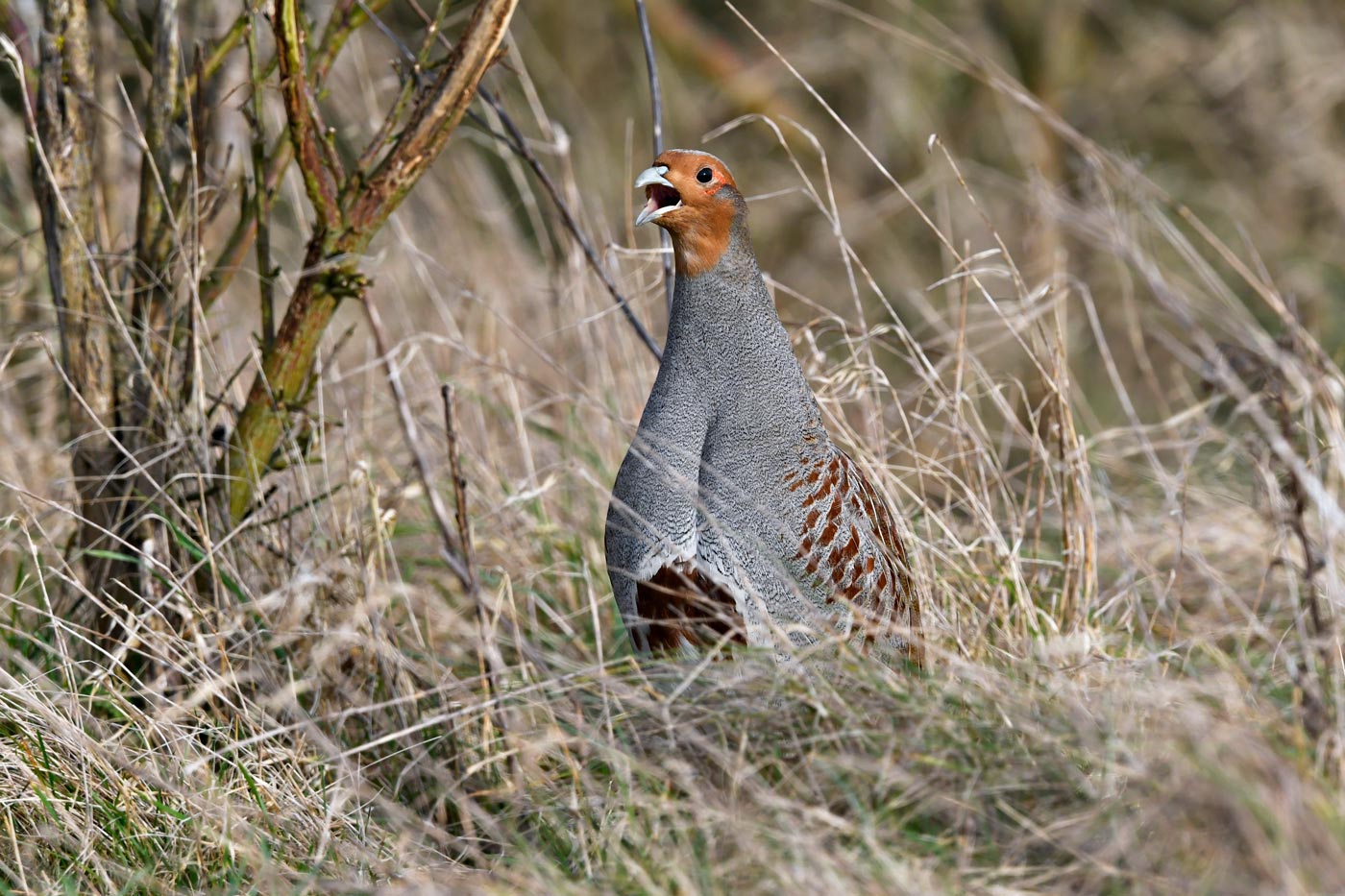 Once common and widespread across the UK, Grey Partridge has undergone serious declines throughout most of its range (Richard Brooks).

The recording of nature by conservationists has a particular set of standards and methods that are invariably unknown by gamekeepers, by working together and bringing together these skill sets, we will over time have a much more detailed understanding of what is going on in the countryside. We can see the impacts of species removal and gain a greater understanding of what works and what doesn't. The advance of technology plays a key role in all of this and the development of what are effectively handheld computers, through our mobile phones and the many apps currently available and in development, will allow this information to be recorded in real time.

There is also the benefit that gamekeepers are privately funded by landowners, and this too has to be recognised. We will undoubtedly see the impacts of the past year play out with a reduction in the abundance of funds available to conservation charities, even with the announcements by government of a green recovery.

A wonderful example of this is the Holkham National Nature Reserve in Norfolk. The game department and reserve wardens work closely with each other. Information exchange happens throughout the year with the targeted reduction of deer. The monitoring of spring fox activity by the wardens is passed on to the game team, so swift action can be taken with minimal disturbance. They are also the ears and the eyes after dark, challenging anti-social activities and protecting rare and endangered nests from egg collectors.

Gamekeepers and conservationists have much in common, some might even say they are the same under different names. I know of many gamekeepers with a fascination and a deep understanding of the natural world beyond game, and who secretly might have a preference for a general abundance of biodiversity rather than exclusively game. 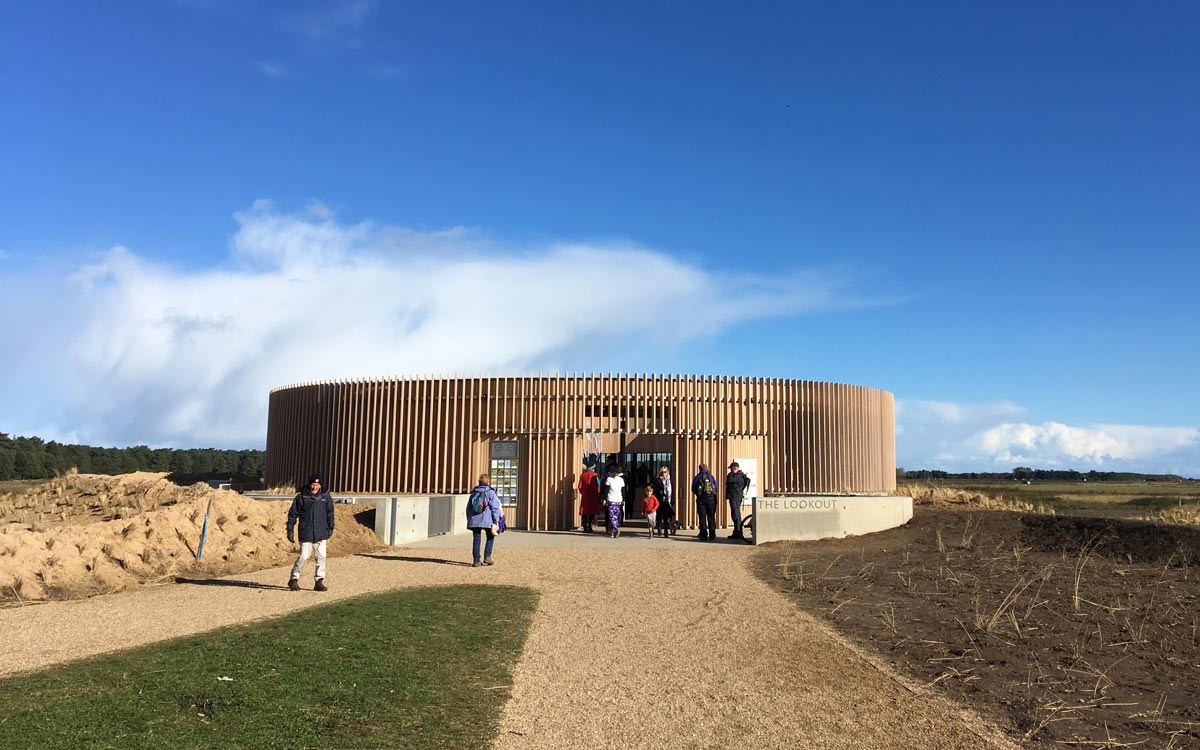 Norfolk's Holkham Estate is an excellent example of how conservationists and gamekeepers can work together, as well as providing education to the wider public (James Lowen / www.jameslowen.com).

Jake Fiennes is head of conservation at the Holkham Estate, Norfolk. You can find him tweeting: @jake_fiennes