A recent paper has proposed that Lesser Short-toed Lark is better treated as two distinct species, with the position subsequently [11 December] adopted by the IOC World Bird List.

Larks mostly reside in open habitat where the need for cryptic camouflage has resulted in few morphological differences. In recent times, genetic and vocal data has shined a light on considerable cryptic diversity across the family, and the number of recognised species of larks has increased by nearly 30% over the past six decades.

The Lesser Short-toed Lark complex, which includes the closely-related Sand Lark and Asian Short-toed Lark, is a broadly distributed group spread across the Palearctic and North Africa. Due to the morphological similarities, the taxonomy of the taxon has been heavily debated in the past, with up to 16 recognised forms spread from the Canary Islands across to north-eastern China. 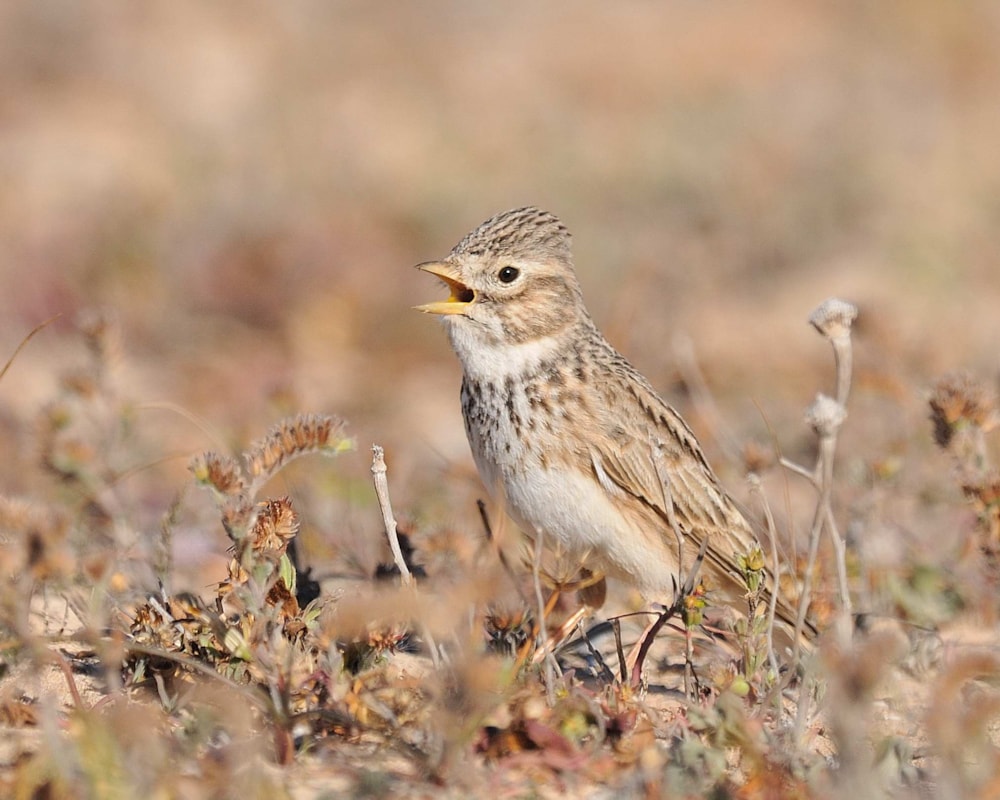 A study by Ghorbani et al (2020) analysing the molecular data of the Lesser Short-toed Lark complex revealed four distinct lineages within the complex that separated between 1.6 and 3.2 million years ago, with Sand Lark nestled within the Lesser Short-toed Lark complex. The authors indicate that the species would instead be better treated as four (namely the heinei clade, raytal clade [Sand Lark], rufescens clade, and the cheleensis and leucophaea clade [Asian Short-toed Lark]), although it recommended that additional data was required before any formal taxonomic revision should be undertaken.

The latest paper by Alström et al (2020) corroborates the paper by Ghorbani et al (2020), supported by mtDNA, morphology and bioacoustics as well as nuclear DNA, song-flights, geographical distribution, habitat, and bioclimatic data. The paper proposes that the complex is best recognised as four species, treatment of which is outlined below. 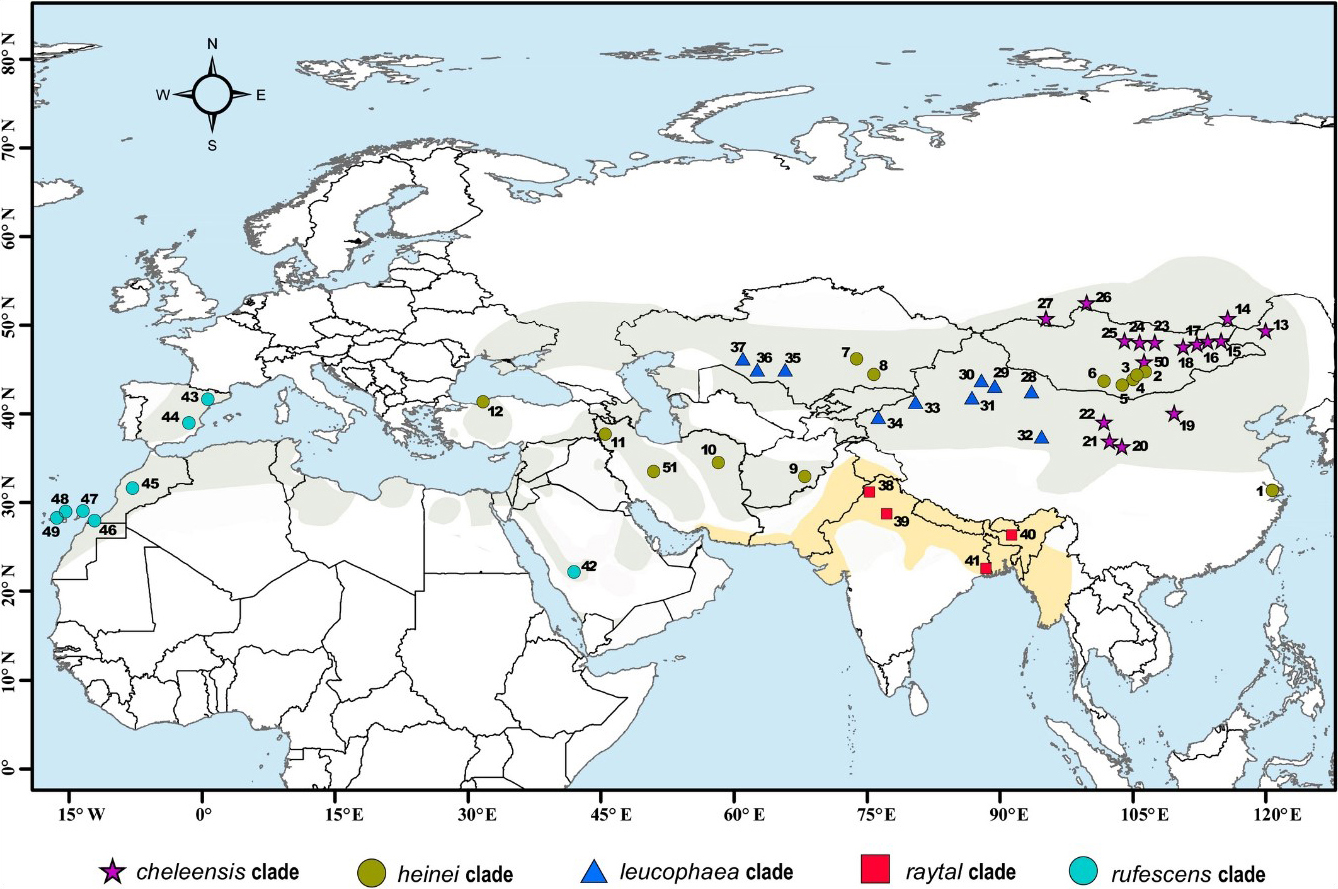 On plumage characteristics alone, Mediterranean and Turkestan Short-toed Larks are considered to be extremely similar, and differ mainly in heinei being overall less rufous-tinged than rufescens, with on average thinner breast streaks. Asian Short-toed Larks have paler, less blackish brown remiges and rectrices than their sister taxa, and average significantly more white on the outermost tail feather.

Sand Larks differ most on plumage, and are characteristically thinly and faintly streaked above. It is suspected that the greater morphological differences of Sand Lark are the result of adaptation to its unique habitat; sandy river banks and sandy sea coasts. 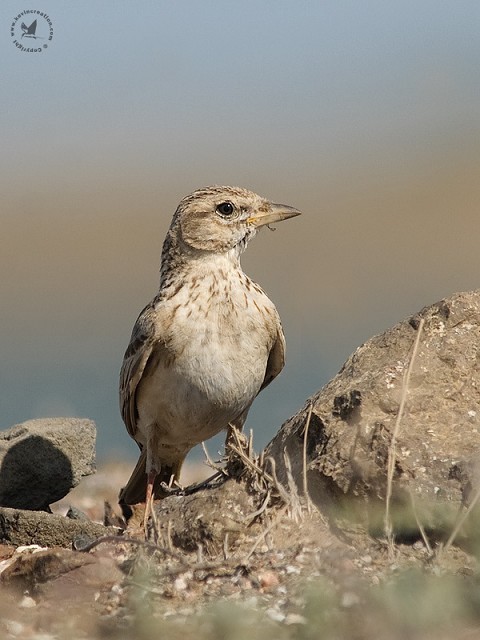 The study found Sand Lark to be nestled within the Lesser Short-toed Lark complex (Mital Patel).

Although occurring in clearly distinct areas elsewhere in their range, Mediterranean and Turkestan Short-toed Larks are considered to be parapatric (perhaps even sympatric) along the Turkey-Syria border.

In December 2020, the IOC World Bird List (worldbirdnames.org) accepted the proposal to split Turkestan Short-toed Lark from Mediterranean (Lesser) Short-toed Lark, in line with the recommendations in Alström et al (2020), and the new taxon was added to IOC Version 11.1.

Status in Britain and North-West Europe

This recent split means there are now two species in the Lesser Short-toed Lark complex found in the Western Palearctic, and their extreme similarity on plumage characteristics alone is likely to create severe identification headaches with vagrant birds outside of their usual range. In Spain, Mediterranean Short-toed Lark is considered to be largely sedentary, while in North Africa it is resident to dispersive and perhaps nomadic; Turkestan Short-toed Lark, in contrast, is considered to be migratory across much of its range.

Placed in Category A of the British List, Lesser Short-toed Lark is represented by just a single record, a one-day individual at Portland, Dorset, on 2 May 1992. While we must await the next edition of the British List (McInerny et al 2017), it is worth pondering what the impact of this latest split may be. An account in British Birds (Dickie and Vinicombe, 1995) noted that a Mediterranean Short-toed Lark from Spain or North Africa seemed most likely for the Portland record, but that the possibility of vagrancy of the more migratory Turkestan Short-toed Lark should not be ruled out.

It seems likely that the sole British record, which wasn't photographed, will struggle to make the grade as either a Mediterranean or Turkestan Short-toed Lark, reducing the British List by one and joining the gaggle of records not identified to species level and which are not included in the systematic list.