Frogs from Puerto Rico have been found to boost the numbers of non-native birds on Hawaii, without directly affecting endemic species.

Puerto Rican Coquí Frogs were accidentally introduced to Hawaii in the 1980s, and today there are as many as 91,000 frogs per hectare at some locations. Concerns that ravenous Coquís could reduce the food available for the islands’ native insect-eating birds – many of which are already declining – spurred researchers to examine the relationship between frog and bird populations, but their results weren’t what they expected.

Working at 15 sites on the island of Hawaii in 2014, Utah State University’s Robyn Smith, Karen Beard and David Koons determined whether Coquís were present at each site by listening for their calls at night and then estimated Coquí density through a visual search.

Bird surveys at all sites recorded 20 species, of which only five were native. To the researchers’ surprise, native birds showed no response to Coquí density or presence, but three of the non-native species were more abundant in plots with Coquí. The overall abundance of introduced birds ranged from an average of 57 individuals in Coquí-free plots, up to 97 where Coquí density was highest. 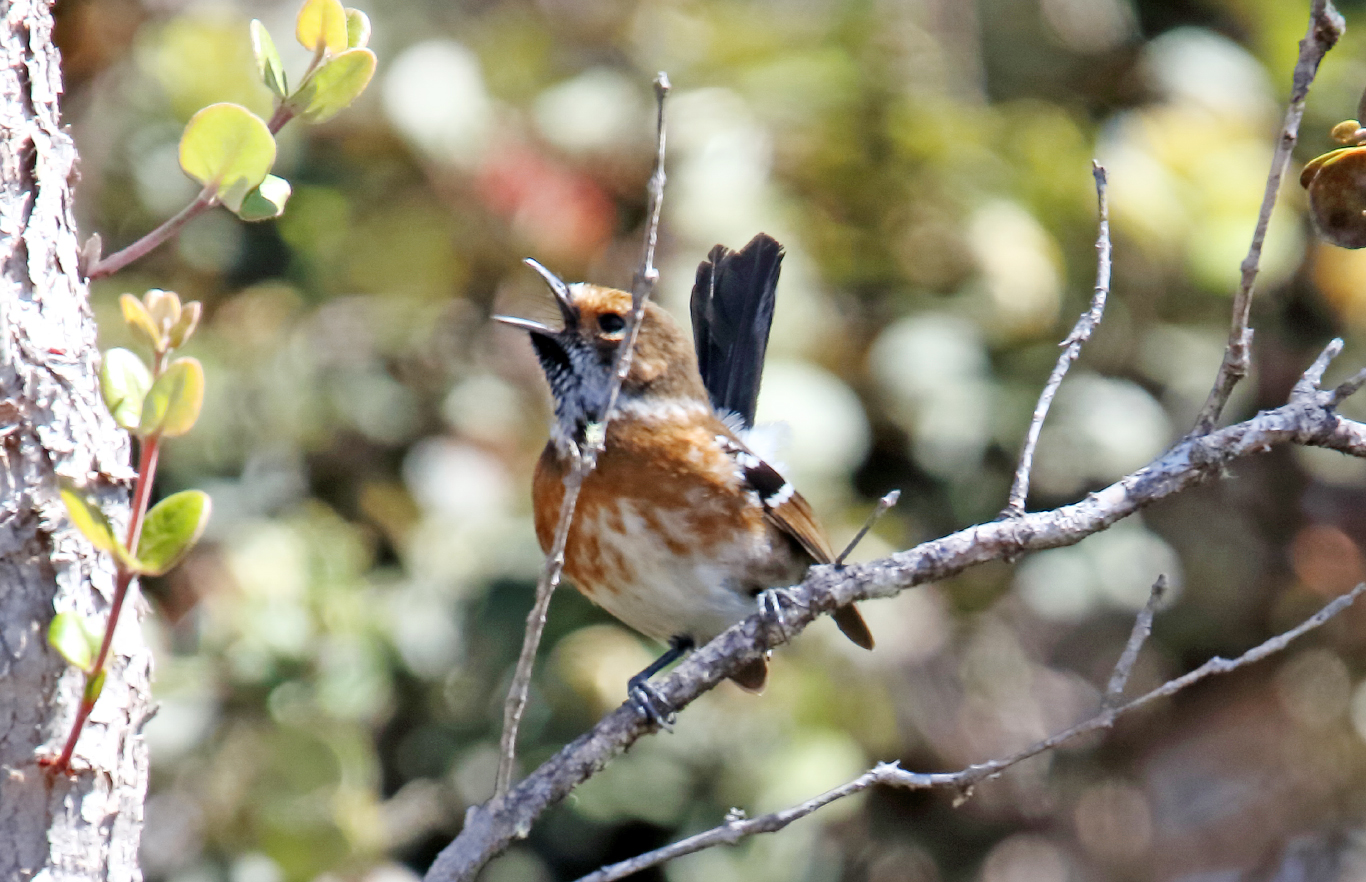 Hawaii Elepaio is one of the fairly widesrpead endemic bird species which seem to be unaffected by a large population of non-native frogs, possibly due to ecological separation (Dominic Sherony/commons.wikimedia.org).

Coquís forage mostly in leaf litter, while Hawaii’s native insect-eating birds mostly find food in the canopy and understorey, so perhaps they aren’t in direct competition for insects. Non-native birds may be getting a boost directly by eating adult or juvenile Coquís, or indirectly through the frogs’ effects on the ecosystem; Coquís may alter nutrient cycling and even increase fly populations thanks to the extra biomass their excrement and carcasses create. 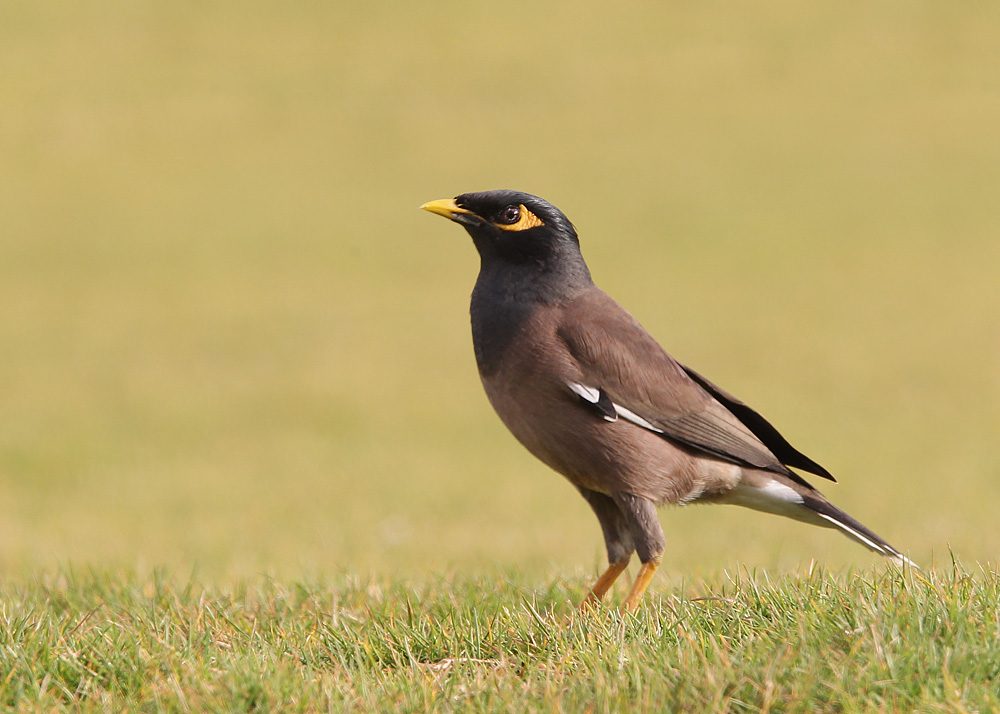 Common Myna is a transglobal invasive species in the tropics which seems to benefit in some way by the presence of Coquís on Hawaii (Richard Smith).

“I was very surprised with the results for birds. It had been hypothesised before our study that Coquís would compete with birds, particularly natives, because we know that [they] reduce insects where they invade,” said Beard. “In retrospect, I guess it’s not too surprising that predation is a more important interaction than competition – that is a common finding in invaded systems – but it was definitely not what we went in to test.

“The response that we see for Common Mynas and Red-billed Leiothrix is pretty convincing. We’re pretty sure that some of this increase is due to these species eating live or dead Coquís, and we’re suggesting that some non-native birds are likely consuming Coquís and this novel resource appears to be increasing their populations.”

“The findings presented in the study … where abundances of some species of non-native birds in Hawaii are correlated with invasive Coquí frogs, are very intriguing,” commented the USDA’s Aaron Shiels, an expert on invasive species in island ecosystems. “Furthermore, their interesting findings beg for future experimental manipulations that would uncover the causal factors that explain the patterns that they have observed.”