US researchers are commencing studies into Red-crowned Parrot populations — both in their native Mexico and in various cities in California and Texas, where the species has been introduced.

The suspicion is that the total of these introduced populations may now rival, or even exceed, the size of the native population that remains in Mexico.

The research comes amid debate over whether some individuals in these populations are genuinely wild birds that have crossed the border into Texas under their own steam, rendering them eligible to be listed under the US Endangered Species Act. 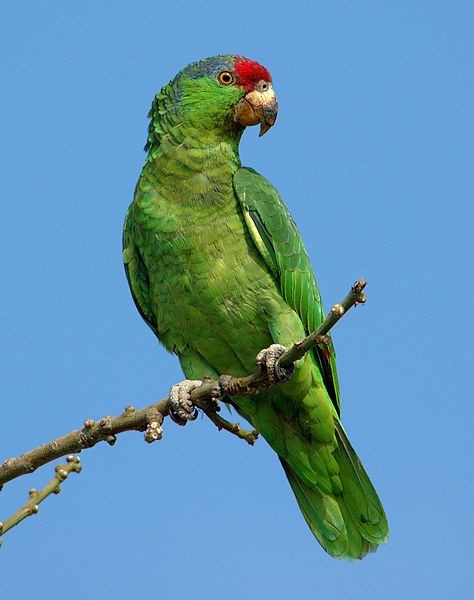 Parrots are thriving in cities from Los Angeles to Brownsville, Texas, while in the tropics and subtropics a third of all parrot species are at risk of extinction due to habitat loss and illegal poaching for the pet trade. Though the intelligence, resourcefulness and adaptability of the birds is drawing attention from scientists, there is also a growing realisation that these thriving feral populations may play a significant role in protecting certain species from extinction.

US researchers intend to study the gene pool of the introduced birds to establish where there are genetically pure Red-crowned Parrots that could theoretically replenish native populations in Mexico. Biologists are currently working on an updated population count in Mexico. The last study in 1994 estimated the total at just 3,000–6,500 individuals — down from over 100,000 in the 1950s.

Biologist Karl Beg told phys.org that researchers "suspect the population in South Texas could rival the number found in the wild in Mexico," while the population in California is suspected to exceed 2,500 individuals.