At first glance it may seem too extraordinary to be true: a weasel seemingly hitching a ride on the back of a Green Woodpecker.

But this photo is no illusion, nor the product of Photoshop trickery. This stunning photograph, taken yesterday by wildlife enthusiast Martin Le-May near his home in Hornchurch, Essex, shows one scene in an apparently short-lived battle between predator and unwitting prey. 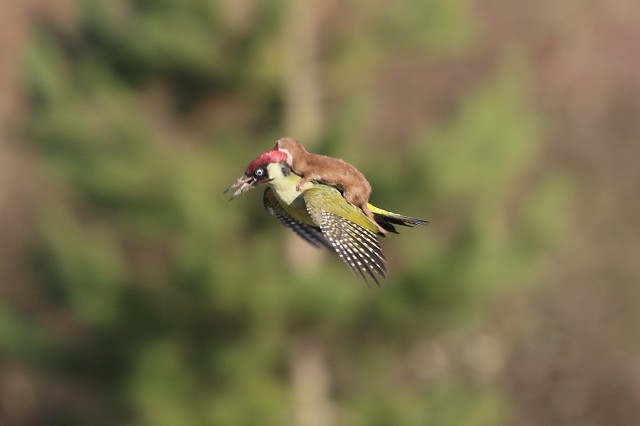 After appearing on various social media outlets late yesterday evening, the photo quickly went viral, and has been retweeted from the @BirdGuides account over 1,100 times. Jason Ward (@Jayward7), who initially tweeted the photo, had registered almost 6,500 retweets by late morning on Tuesday.

Mr Le-May, who held his nerve to document the sensational scene in photographs, recalled:

It was a sunny afternoon, with the occasional cloud making the Hornchurch Country Park seem that grey brown dull winter colour even though it was the 2nd March.

My wife, Ann, and I had gone for a walk. I had hoped that she might see a Green Woodpecker as she has not really seen one before.

As we walked we heard a distressed squawking and I saw that flash of green. So hurriedly I pointed out to Ann the bird and it settled into the grass behind a couple of small silver birch trees. Both of us trained our binoculars and it occurred that the woodpecker was unnaturally hopping about like it was treading on a hot surface. Lots of wing flapping showing that gloriously yellow/white colour interspersed with the flash of red head feathers. Just after I switched from my binoculars to my camera the bird flew across us and slightly in our direction; suddenly it was obvious it had a small mammal on its back and this was a struggle for life.

The woodpecker landed in front of us and I feared the worst. I guess our presence, maybe 25 metres away, momentarily distracted the weasel. The woodpecker seized the opportunity and flew up and away into some bushes away to our left. Quickly the bird gathered its self respect and flew up into the trees and away from our sight.

The woodpecker left with its life, the weasel just disappeared into the long grass, hungry. 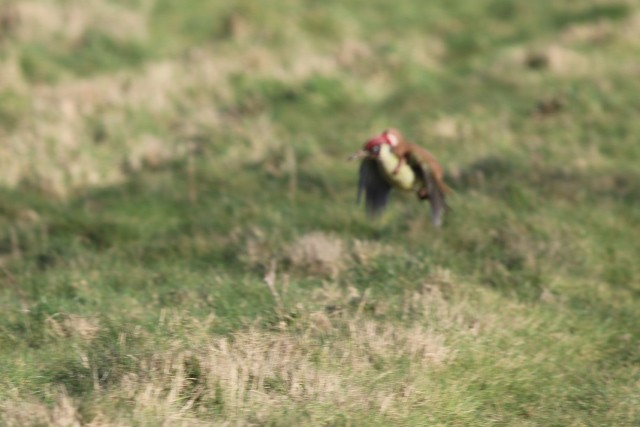 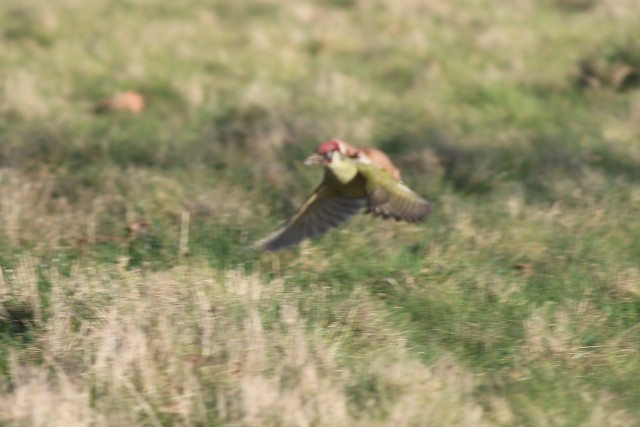 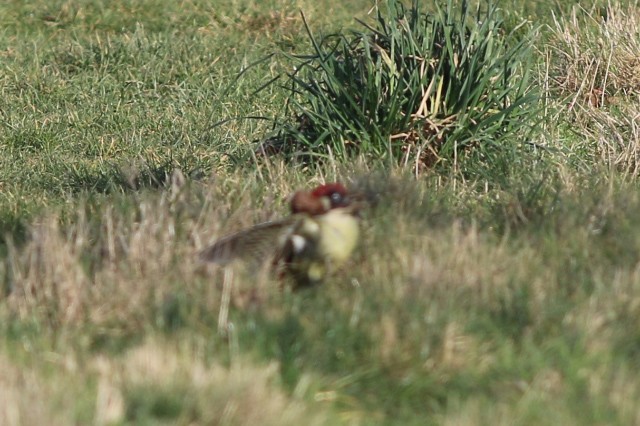