How to best monitor forest-dwelling birds by sound

A new study of the bird community in Borneo has demonstrated how acoustic indices can be effectively used to study rainforest bird communities – but only if researchers visits enough locations.

The new study in the journal Ecological Indicators used acoustic indices, which compute basic indexed numbers based on characteristics of the sounds in each recording. These measures offer a way to condense the whole range of sound in a place and time or 'soundscape' into a single number. However, since the whole soundscape is comprised of more than just bird sounds, but also everything from human voices to the sound of wind and rain, the measures are not always reliable for assessing bird communities.

The team, at The University of Kent, deployed automatic acoustic recorders at 28 rainforest locations in Sabah, where they recorded the dawn chorus for five consecutive days. They were surprised to find few associations between any acoustic index measures and the number of species recorded during surveys at the same site. However, when they made 15-minute recordings across over 300 locations they found far more associations between with acoustic indices, despite a far lower total recording time. They believe this highlights the importance of spatial, as well as temporal replication in any studies using acoustic approaches. 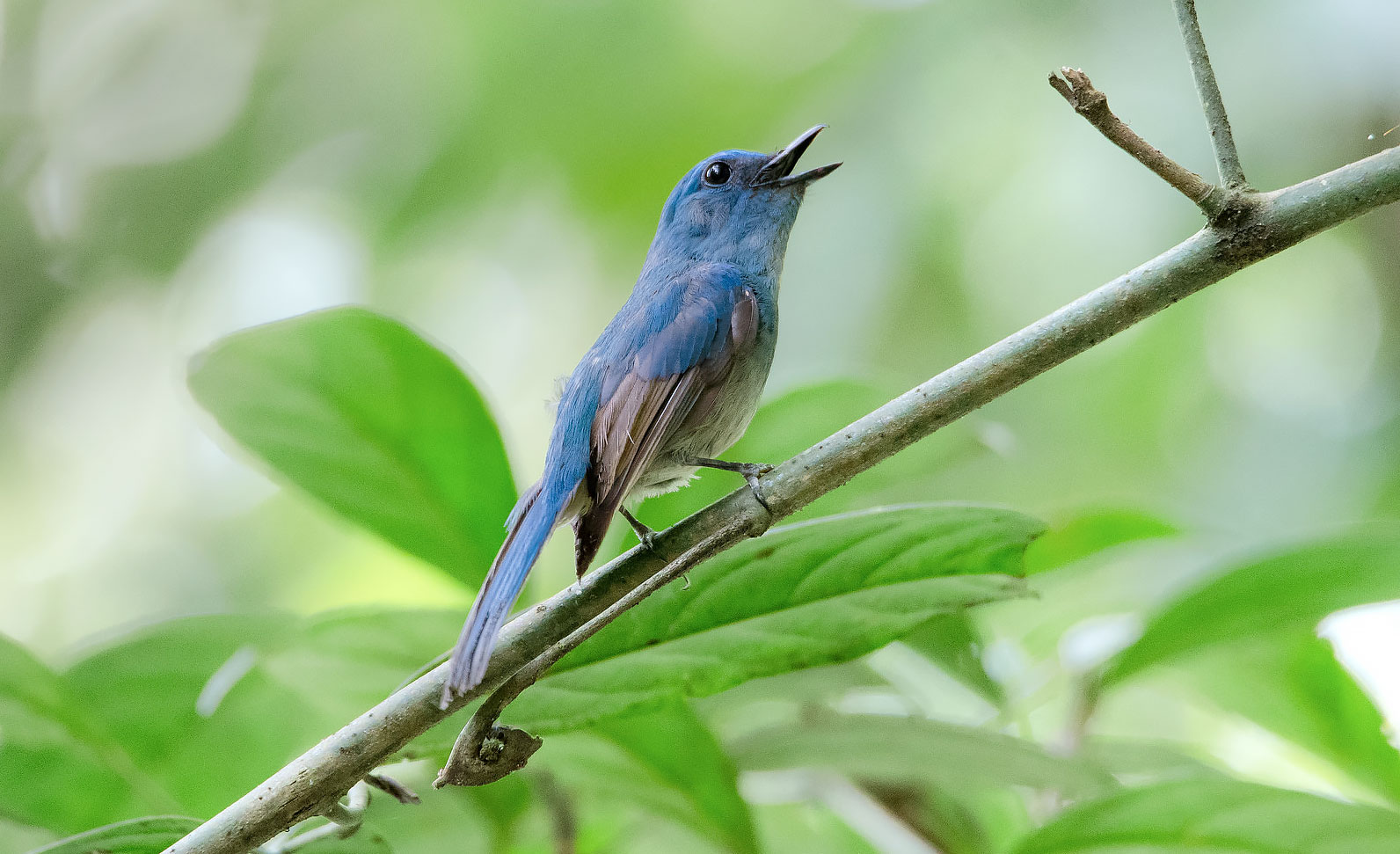 Acoustic indices can be useful for monitoring forest birds such as this Pale Blue Flycatcher but need to be used in many different locations. Thus, the researchers conclude, survey work by ornithologists remains just as effective (Stanley Shao).

Lead author Simon Mitchell commented: "Scientists have developed an amazing array of 'acoustic indices' to try and measure aspects of biological sound in fast, automated ways. But in some cases it's proven difficult to use these simple algorithms, which don't identify individual species, to measure patterns of bird diversity.

"We suspected that a lot of the time this might be because biological sound varies across landscapes, even when bird communities are largely similar. Some individual species might vastly increase the complexity of a dawn chorus, while other, less vocal species, may have little effect.

"Since both species contribute the same amount to overall species richness, there is a mismatch when we compare acoustic indices to measure biodiversity by other methods like point counts. Our study demonstrates that this mismatch can be overcome if bird sounds are sampled in a large number of locations, similarly to how point-count surveys are often conducted."

However, the authors believe that neither acoustic indices, nor AI methods to identify individual species, have yet come close to the levels of accuracy and precision offered by skilled ornithologists when monitoring bird communities and populations.

Simon Mitchell added: "The thing is, if you need to go to a large number of locations to deploy recording devices, you might as well be undertaking conventional surveys. The purported advances of 'passive acoustic devices' has always been that you can leave them recording for days, but actually it seems like including lots of different locations is also really important to accurately assess bird communities.

"For now at least, it seems like there's still a need for skilled field ornithologists who are able to identify every bird species in a community by vocalisation. We haven't quite put ourselves out of a job yet!"