The British Trust for Ornithology (BTO) is appealing for help in finding one of our closest summer neighbours, the House Martin. The aptly named House Martin returns to the UK during April and early May to build its cup shaped nest under the eaves of our homes. However, all is not well with this engaging little bird. Over the last 25 years we have lost two-thirds of our breeding House Martins, with the losses being greatest in England and Wales.

During the last year, the BTO has received several reports of long-established colonies being abandoned, possibly due to the cool, wet 2012 summer, and they want to know just where House Martins are building their nests this year. BTO's Paul Stancliffe commented, “Despite House Martins sharing our homes with us during the summer months there are huge gaps in our knowledge of this wonderful little bird. Do they abandon colonies one year to reoccupy them at some stage in the future? Do they all arrive at the same time or is the arrival spread out over several weeks? Are there really more House Martins breeding in Scotland than in other parts of the UK? These are all questions that we would like to answer, and we can only begin to do this if people tell us about their martins.” 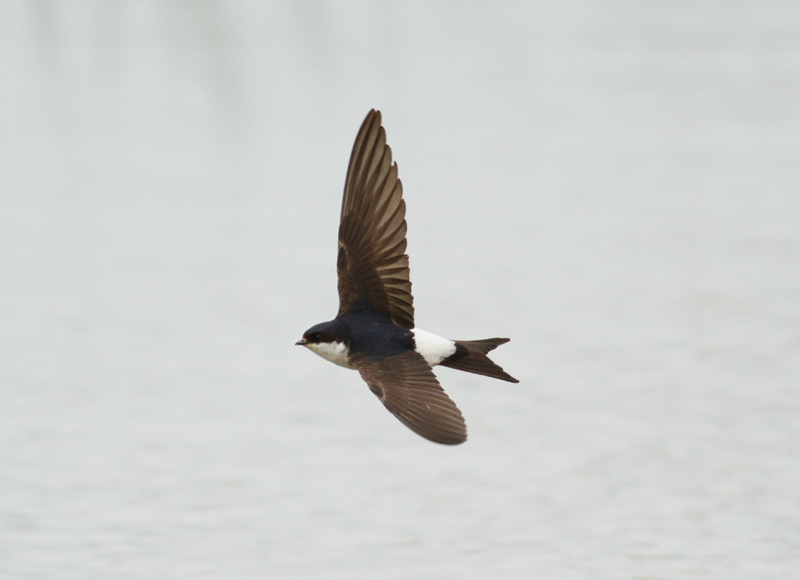 He added, “Once we have a better understanding of where House Martins are and how well they are doing, we can then begin to look at possible reasons for the recent drop in their breeding population. The beauty is that anyone with a House Martin nest can help.”

The BTO are also hoping to solve one of ornithology’s great mysteries: where do House Martins go for the winter? Once this tiny bird crosses the Sahara it disappears. In a bid to answer this mystery, the BTO hope to fit shirt-button sized geolocators to House Martins in the UK that will reveal their winter location.

For more information and to take part in the House Martin survey, please visit, http://www.bto.org/volunteer-surveys/house-martin-survey