Populations of shorebirds that spend most of the year in Australia have been declining for decades, despite conservation efforts, and a new international study has pinpointed a major reason.

Scientists have long believed that the loss of mudflats in north-east Asia has contributed directly to observed declines in shorebirds using the East Asian Australasian Flyway (EEAF), the name given to the birds' migration route between wintering grounds in Australia and breeding grounds in the Arctic, but there was no 'smoking gun' to confirm the suspicions unequivocally.

Dr Colin Studds, lead author on the study, explained that the new study showed that a critical factor in the shorebirds' decline was how dependent they were on mudflats in the Yellow Sea, between China and South Korea, during migration. "The shorebirds, including species of godwit, curlew, and sandpiper, are 'cultural keystones' in Asia and some are found nowhere else in the world," he said. "These birds may spend several weeks refuelling before they continue their migration." 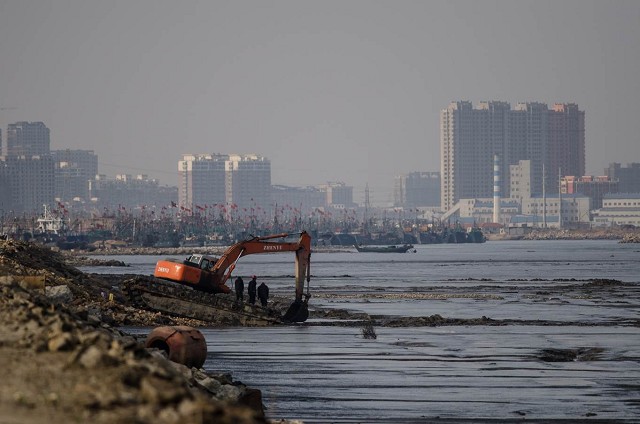 Shoreline habitats for the migrating birds are turned into dry land through a process known as reclamation (Photo: Nick Murray).

The study, published in Nature Communications, analysed citizen-science data collected between 1993 and 2012 on 10 key species, including Great Knot, Far Eastern Curlew and Red-necked Stint, to see whether a relationship emerged between reliance on the Yellow Sea as a migration stopover and rate of population decline.

What they found was dramatic: the more a species relied on the Yellow Sea mudflats, the faster they were declining. Even though the birds only spend one to two months of the year at the mudflats, the researchers found that it was the most important factor in determining the population trend. 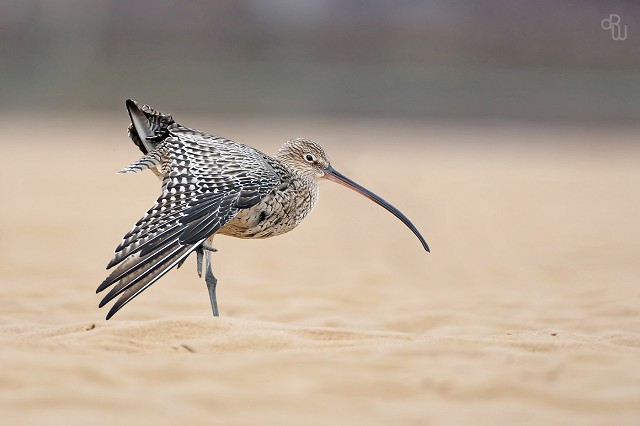 Far Eastern Curlew migrates from Australia to Russia, where it breeds. The birds stop to refuel in China and Korea along the way. (Photo: Dan Weller)

Associate Professor Richard Fuller of the University of Queensland explained that the study was founded on decades of effort counting birds by volunteers across Australia and New Zealand. "Without this effort the study would have been impossible," he said.

Australia has signed agreements with China, Korea and Japan to protect migratory birds, yet the birds have continued to decline. Professor Fuller added: "Every country along the migration route of these birds must protect habitat and reduce hunting to prevent the birds declining further or even going extinct. We are particularly exicted that China and Korea have recently begun the process of listing parts of the Yellow Sea as World Heritage Sites."