Great Reed Warbler sometimes migrates at extreme altitudes of more than 6 km during the hours of daylight, researchers have revealed.

The species, which usually migrates at night, was shown to occasionally continue flying throughout the day during its month-long autumn migration from European breeding grounds to wintering areas south of the Sahara. In conjunction with the sun coming up, Great Reed Warblers that chose to continue flying climbed to much higher altitudes than those used at night, with birds recorded reaching more than 6,300 m.

The warblers' extraordinary migrations were charted using 1.2-g data loggers developed by a team from Lund University. In total, 14 Great Reed Warblers were tracked, each of which was caugth in the summer at Lake Kvismaren, which lies to the west of Stockholm, Sweden. As the warbler moved to and from the tropics, the logs constantly stored information about altitude, movement, and the rising and setting of the sun. The altitude measurements were noted once per hour.

The findings have just been published in Science. Based on the information recovered from the logs, the researchers have calculated that Great Reed Warblers fly at an average altitude of 2,400 m at night. The few times they fly more than one night in a row, they rise 3,000 m at dawn to fly at an average of 5,400 m during the day. They continue at that altitude until dusk, when they dive 3,000 m and fly on at an altitude of about 2,000 m the next night. 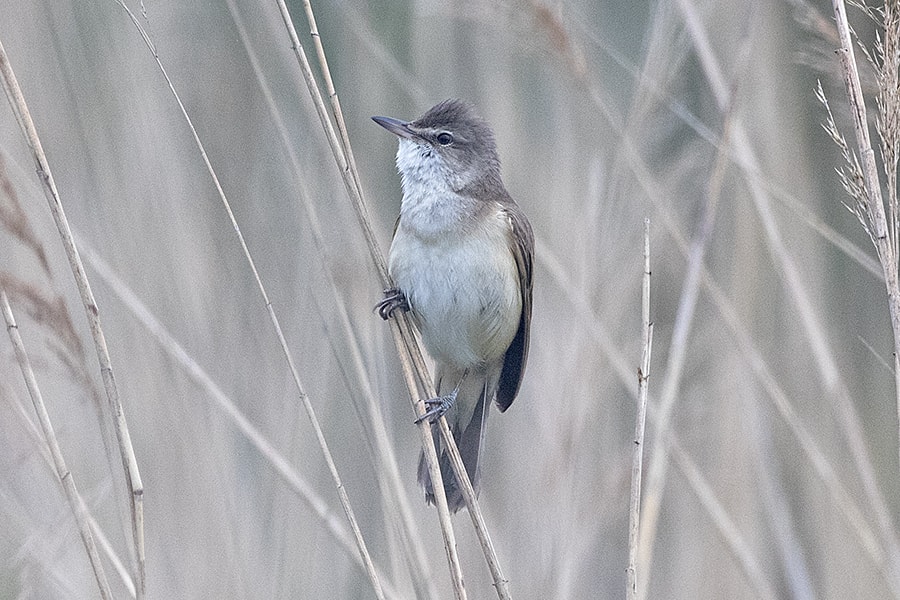 Lund University's Sissel Sjöberg and Dennis Hasselquist, who led both studies, found the new developments particularly surprising. They describe the behaviour as consistent, a pattern that indicates that the birds may have to fly more than twice their night-time altitude to be able to migrate in the day.

Two possibilities are that the birds climb to such heights to avoid predation by birds of prey, or to avoid becoming overheated when exposed to the sun's heat radiation.  "It gets colder higher up and when the birds rise to 5,400 m they come up in an air layer with a temperature of about -9°C. It is 22 degrees colder compared to the temperature at the altitude where they fly during the night", said Sjöberg.

"Moving small birds strike several wingbeats per second and therefore work extremely hard, which makes them very hot regardless of whether they fly during the day or night. But if they fly during the day, they are also exposed to the sun's heat radiation and this is what we suggest they compensate for when they rise to a colder air layer. They probably would not have been able to fly during the day without becoming overheated if they had not risen to these extreme heights", added Hasselquist.