The secret life of the UK's smallest seabird has been revealed thanks to the results of a newly published study.

A new report from the RSPB and published in the journal Bird Conservation International illustrates how scientists used GPS trackers to monitor the movements of European Storm Petrels from a Shetland colony, discovering that some birds travelled almost 300 km out to sea each day in order to feed their young.

The UK holds large numbers of breeding European Storm Petrels, including no fewer than 11,000 pairs at the RSPB's Mousa Nature Reserve in Shetland – this colony accounting for more than 2% of the world population. Studying and protecting these is therefore of great importance. 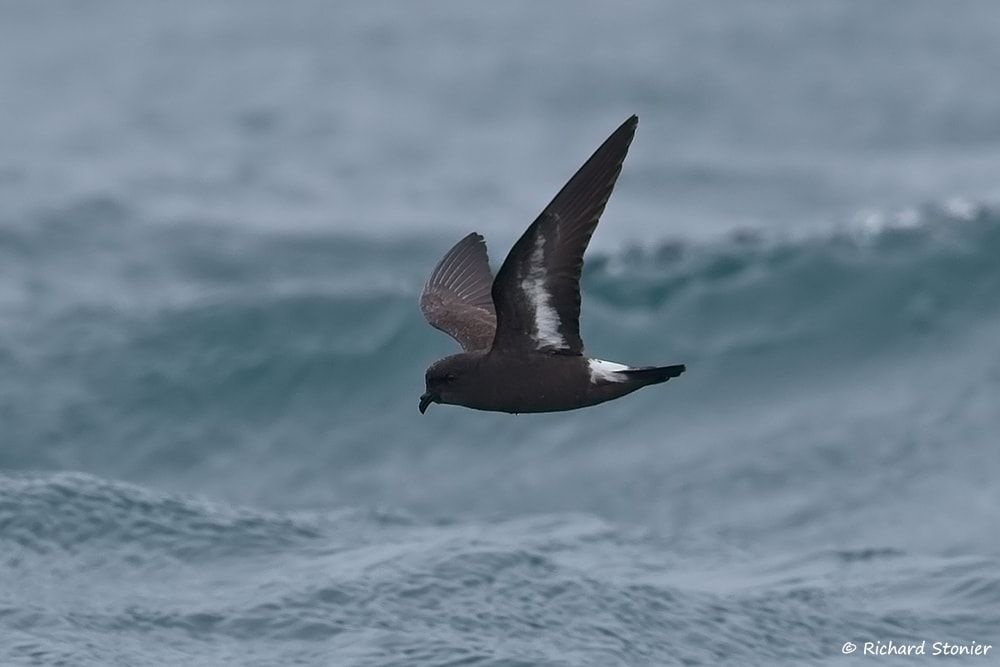 Little is known about the life of European Storm Petrel at sea (Richard Stonier).

Given that adult European Storm Petrels weigh in at around 30 g, scientists used tiny, 1-g GPS tags that weighs the same as a paperclip in order to track their movements.

With storm petrels most active at night, the satellite tracking offered brand new insights into their behaviour over several years and different seasonal cycles for the colony. Such information would have been impossible to obtain using observations from boats.

The research discovered that storm petrels regularly travelled up to 300 km to feed in the waters off Shetland. One bird travelled almost 400 km to the Norwegian coast, but still managed to return to the Mousa colony in just 24 hours.

The study found that birds concentrated on two main sites. One was 110 km to the south of the colony and is presumed to be the birds' primary feeding area. The other high concentration of birds occurred in the waters surrounding the colony and reflected the commuting flights to and from their nests at night. It's thought that the nocturnal habits of the birds have meant that past surveys have missed their reliance on inshore waters. 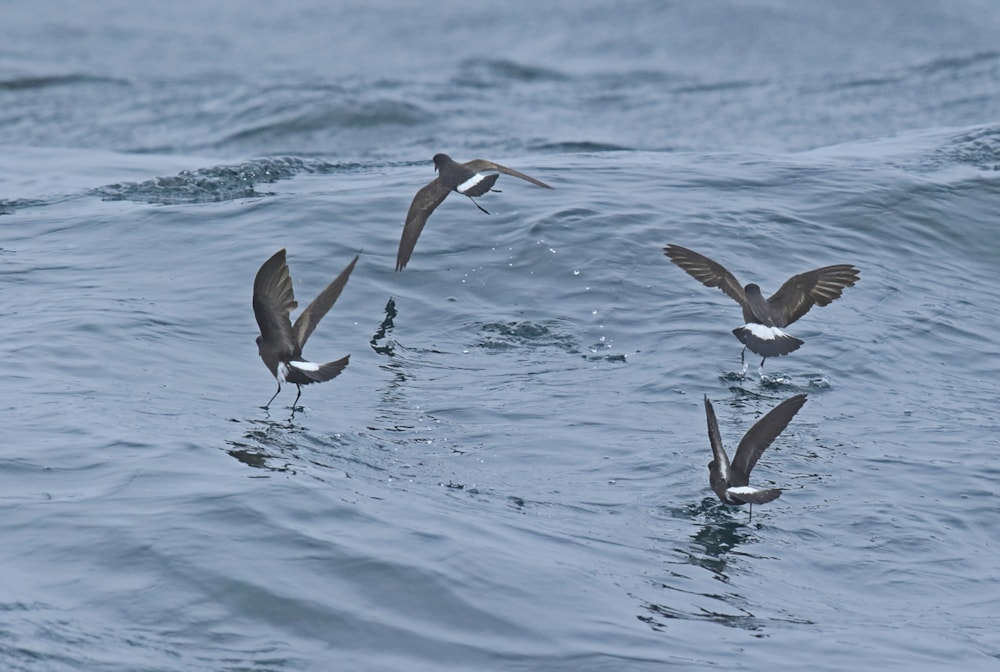 An area of sea some 110 km south of Shetland appears to be a key feeding spot for Mousa's European Storm Petrels (John Dickenson).

Knowing this will help protect the species in the future as conservationists and governments use science to better understand the importance of our waters to life above and below the waves.

The discovery that storm petrels are active in such high numbers close to shore at night means extra thought should be given to whether human activity might have an impact on the birds. Many of the areas used by the Shetland birds are already specially protected for other forms of marine life. But this research provides fresh insight that these areas are also key for storm petrels, too.

Mark Bolton, author of the study, said: "This was ambitious research and provides the most comprehensive insight into how these tiny birds use our vast marine environment to feed and raise their young. This new understanding about their behaviour demonstrate the value of fundamental science as well as providing an amazing window into the travels of our smallest seabird."

Alex Kinninmonth, the RSPB's head of marine policy in Scotland said: "Embracing this game-changing technology has allowed us to build a more complete picture of the lives of these elusive birds. Without it any attempt to identify locations for conservation action or to assess the potential threats to the storm petrels from this important colony would have overlooked these key places.

"The UK's seabirds are already in trouble and face an uncertain future, so expanding our knowledge of where they go at sea and why is vital to give them a fighting chance against ever increasing human-made pressures. New findings such as these must be heeded by governments as they regulate activity at sea if we are to see a reversal of downward trends."